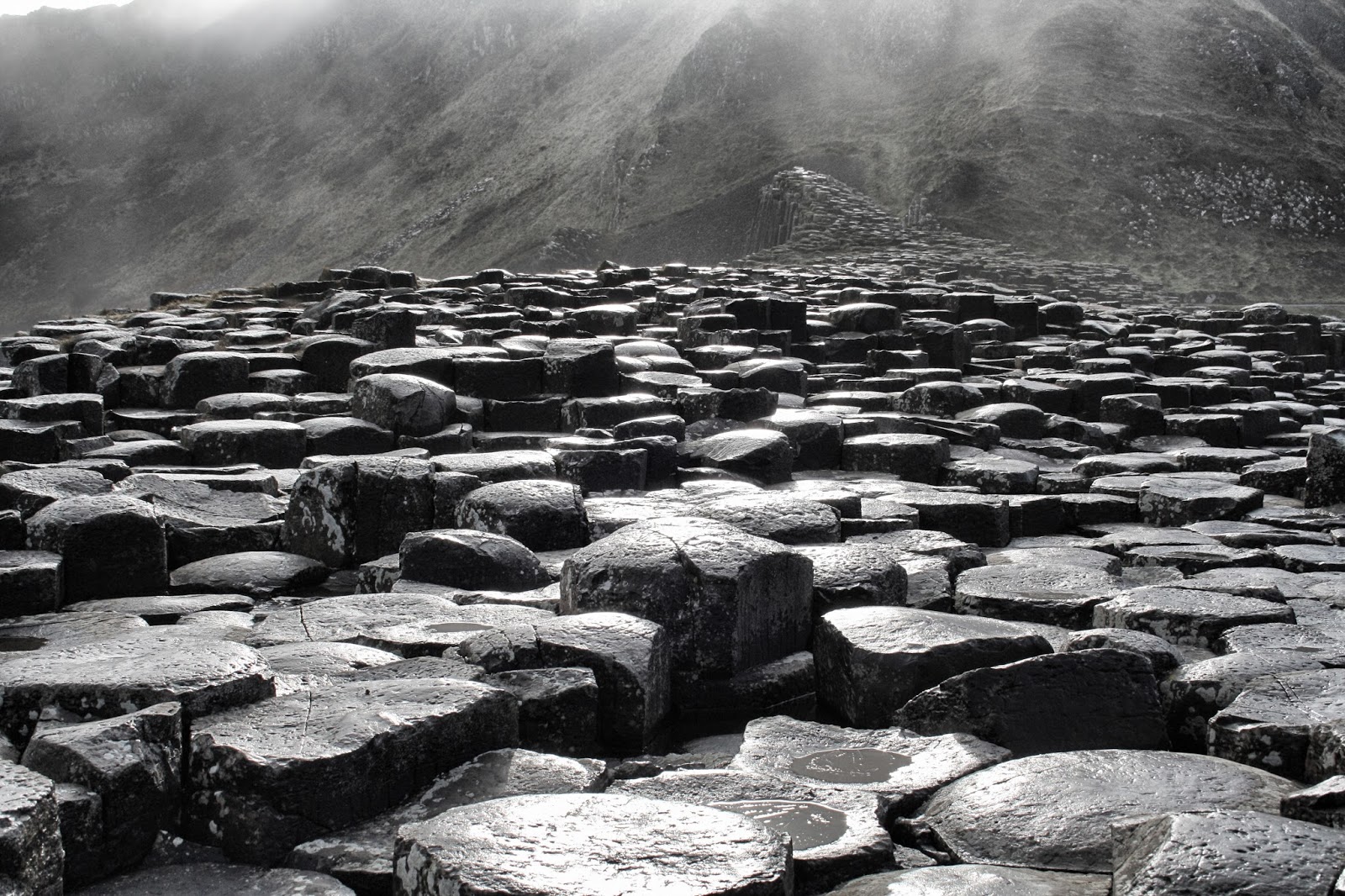 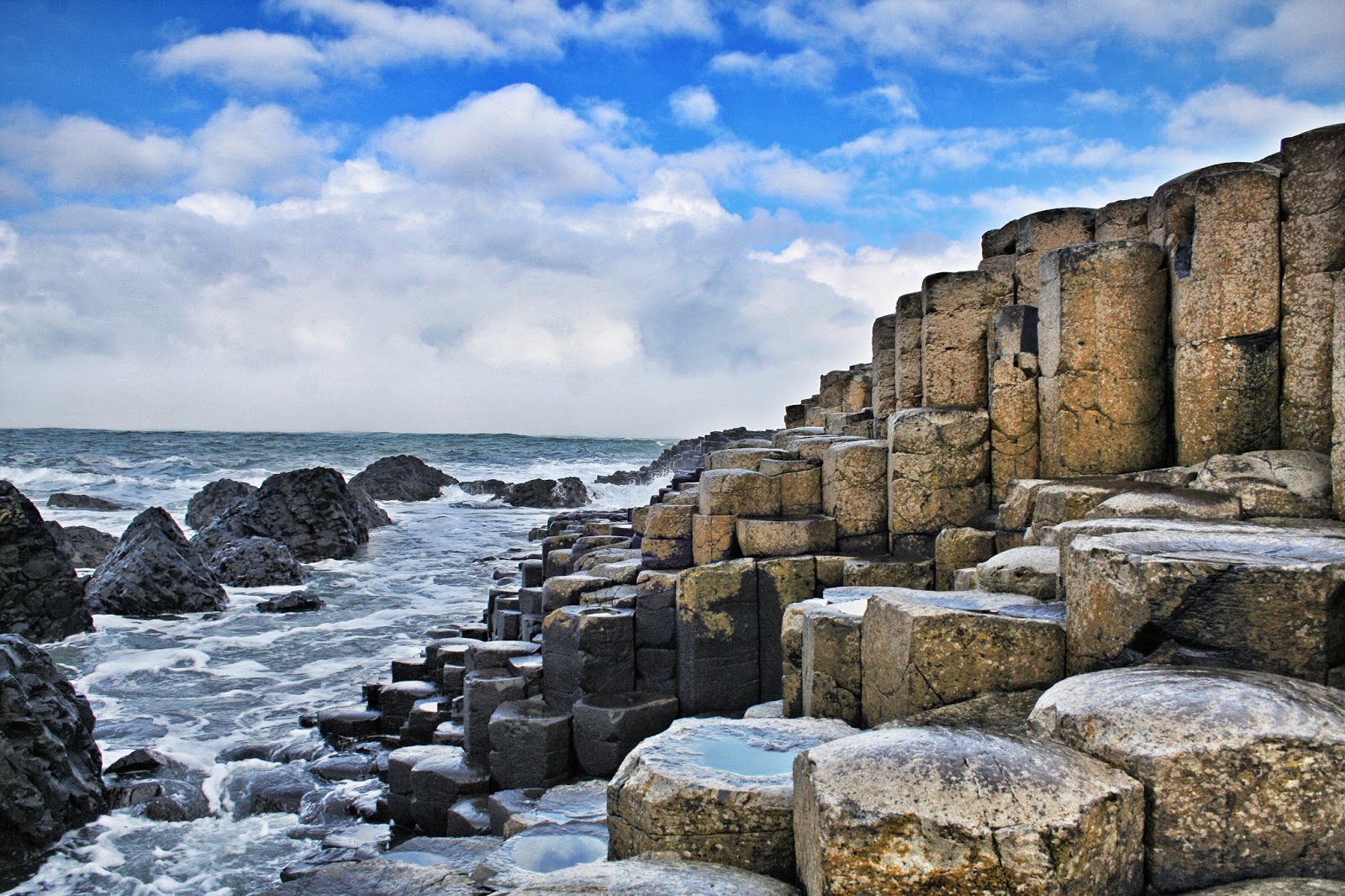 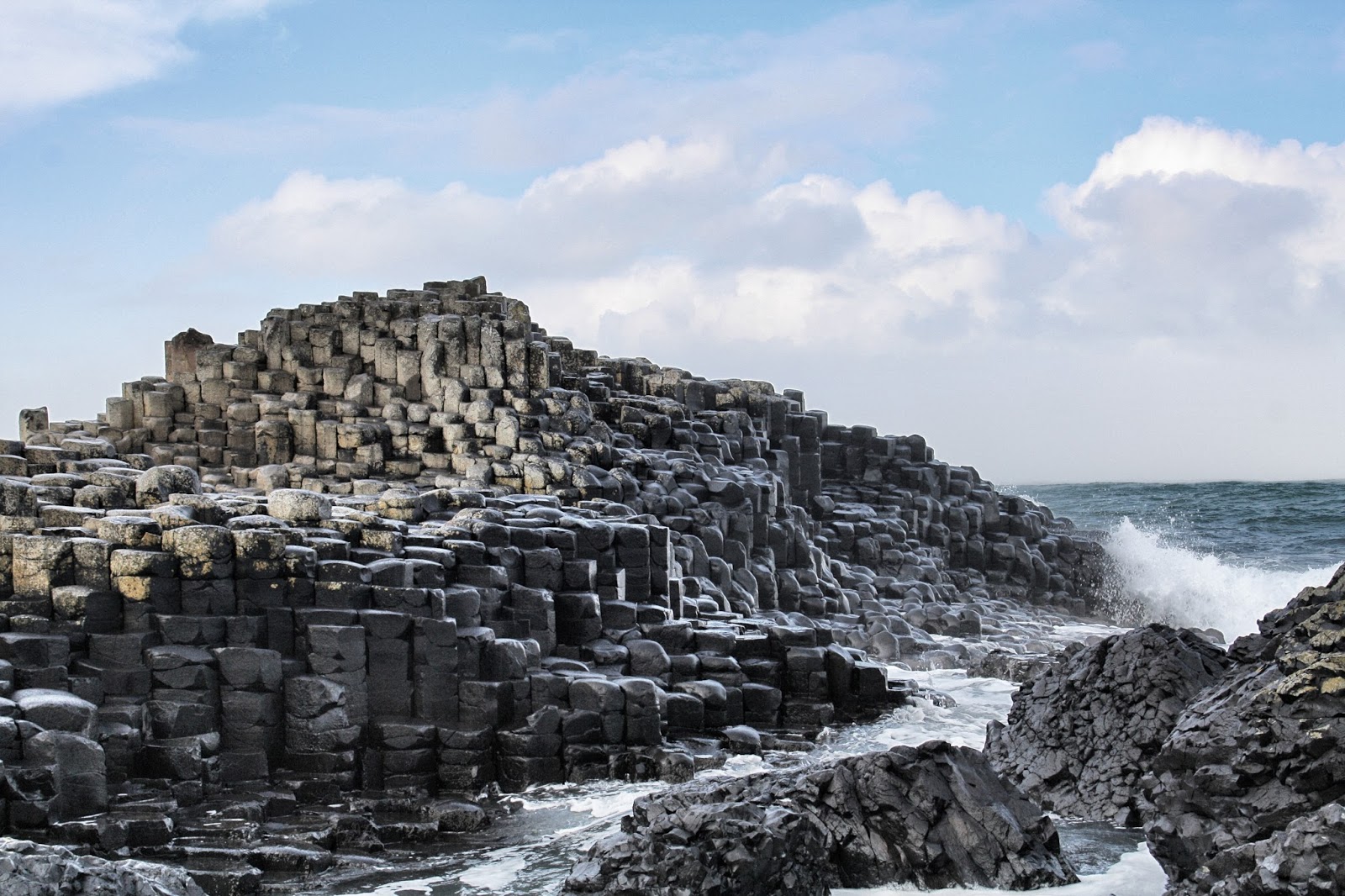 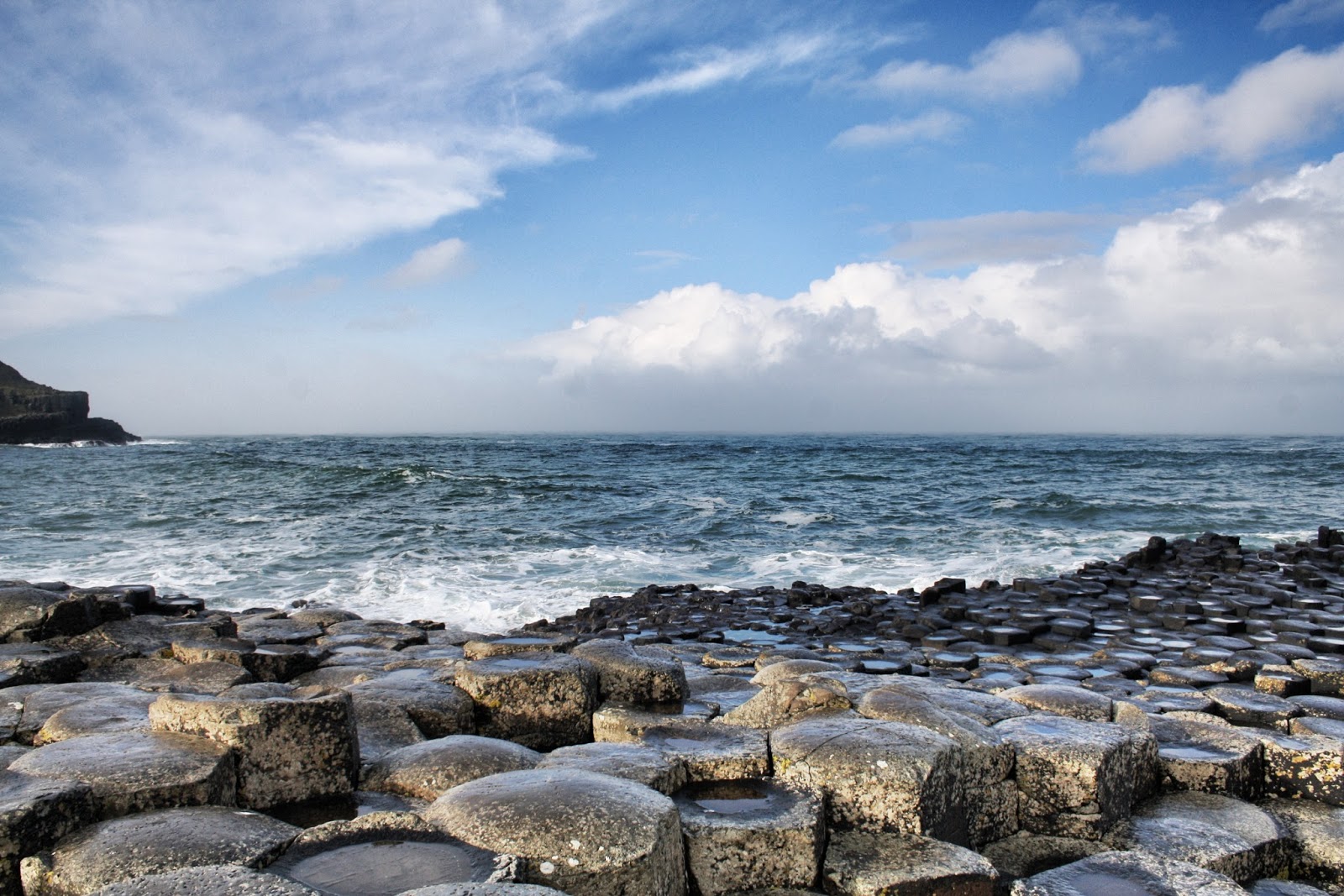 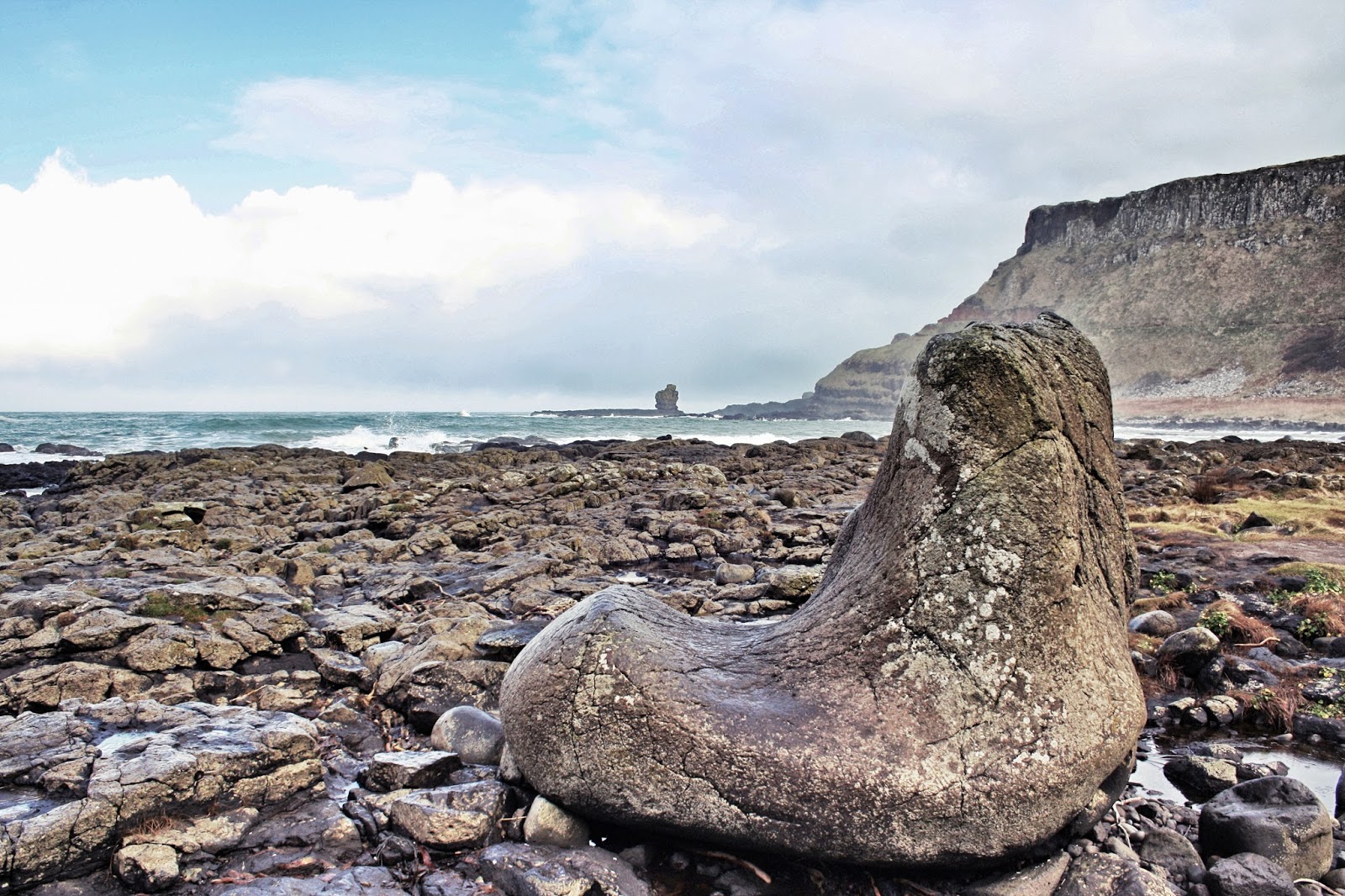 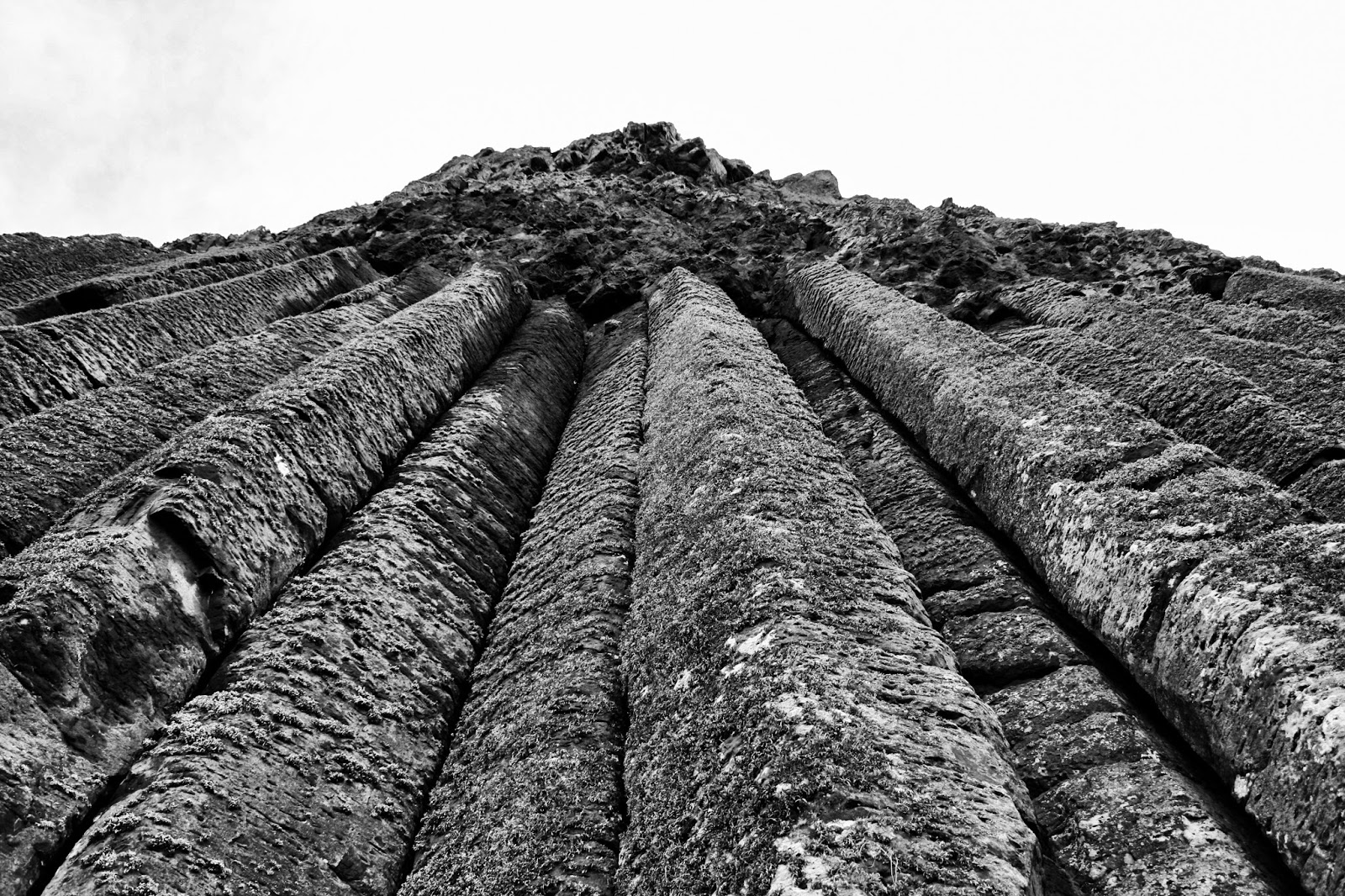 A short drive from Bushmill's County Antrim you will find Ireland's most stunning natural wonder
The Giant's Causeway.
The Causeway has been an official Unesco World Heritage Site since 1986.

60 million years ago Antrim was subject to intense volcanic activity, this caused highly fluid molten rock to be forced up through fissures in the chalk bed which then formed an extensive lava plateau.

Is the story of Finn McCool, Finn lived happily on the Antrim coast with his wife Oonagh until he discovered he had a rival in Scotland known as Benandonner.
Finn was frequently taunted by Benandonner from afar and on one occasion Finn scooped up a clod of earth and hurled it across the sea at him but missed.  The huge clod of earth landed in the middle of the Irish Sea making the Isle of Man and the depression formed from scooping up the earth filled up with water to become Lough Neagh.

Finn finally challenged Benandonner to a proper fight and decided to build a causeway of enormous stepping stones across the sea to Scotland, so that he could walk across without getting his feet wet. But as he approached and caught sight of the great bulk of Benandonner, Finn became afraid and fled back home, with Benandonner hot on his trail. In his haste as he ran, Finn lost one of his great boots and today it can be seen sitting on the foreshore in Port Noffer where it fell to the ground.

The story takes a humorous twist when Finn asks his wife Oonagh to help him hide. Clever Oonagh disguised Finn as a baby and pushed him into a huge cradle, so when Benandonner saw the size of the sleeping ‘child’, he assumed the father must be GIGANTIC. Benandonner fled home in terror, ripping up the Causeway as he went in case he was followed.  " sourced from causewaycoastandglens.com ".