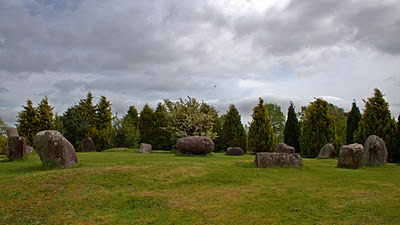 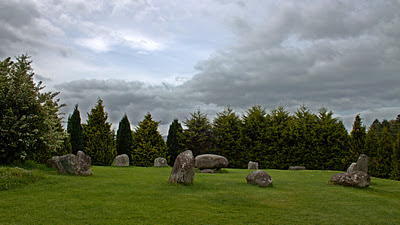 The Kenmare Stone Circle is located in the town of Kenmare itself.
The circle is known locally as the Shruberries.
The site could well be the largest in the south west of Ireland and it is composed of 15  boulders, 13 of which are standing and 2 which are lying down.
At the centre is an impressive boulder-burial stone with a giant capstone some 2 metres long.
The one and only drawback for this great site is it now forms part of a garden feature for which you are expected to pay for the privilege of seeing.
Posted by Tony Mulraney at Friday, October 28, 2011 No comments: