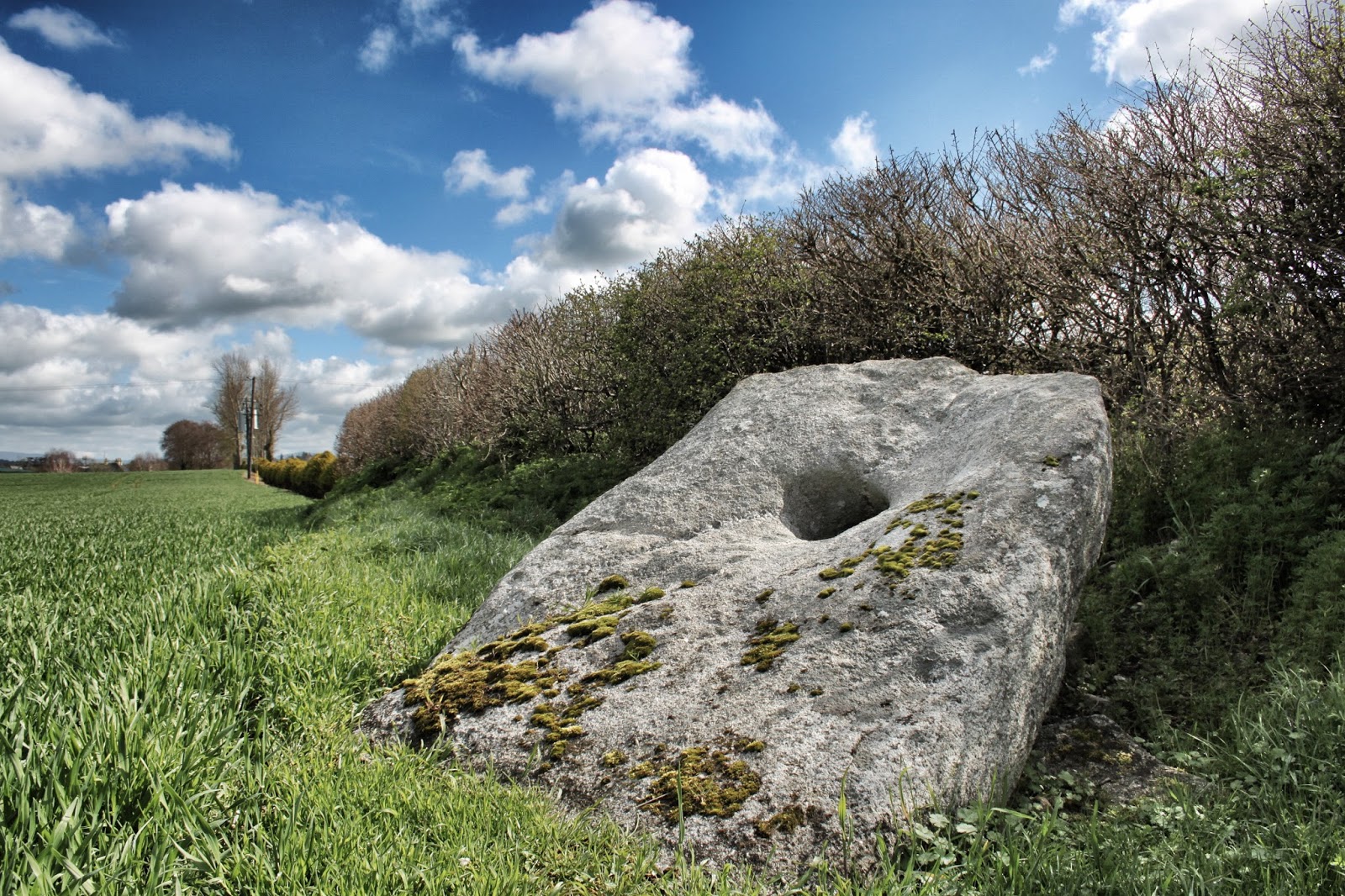 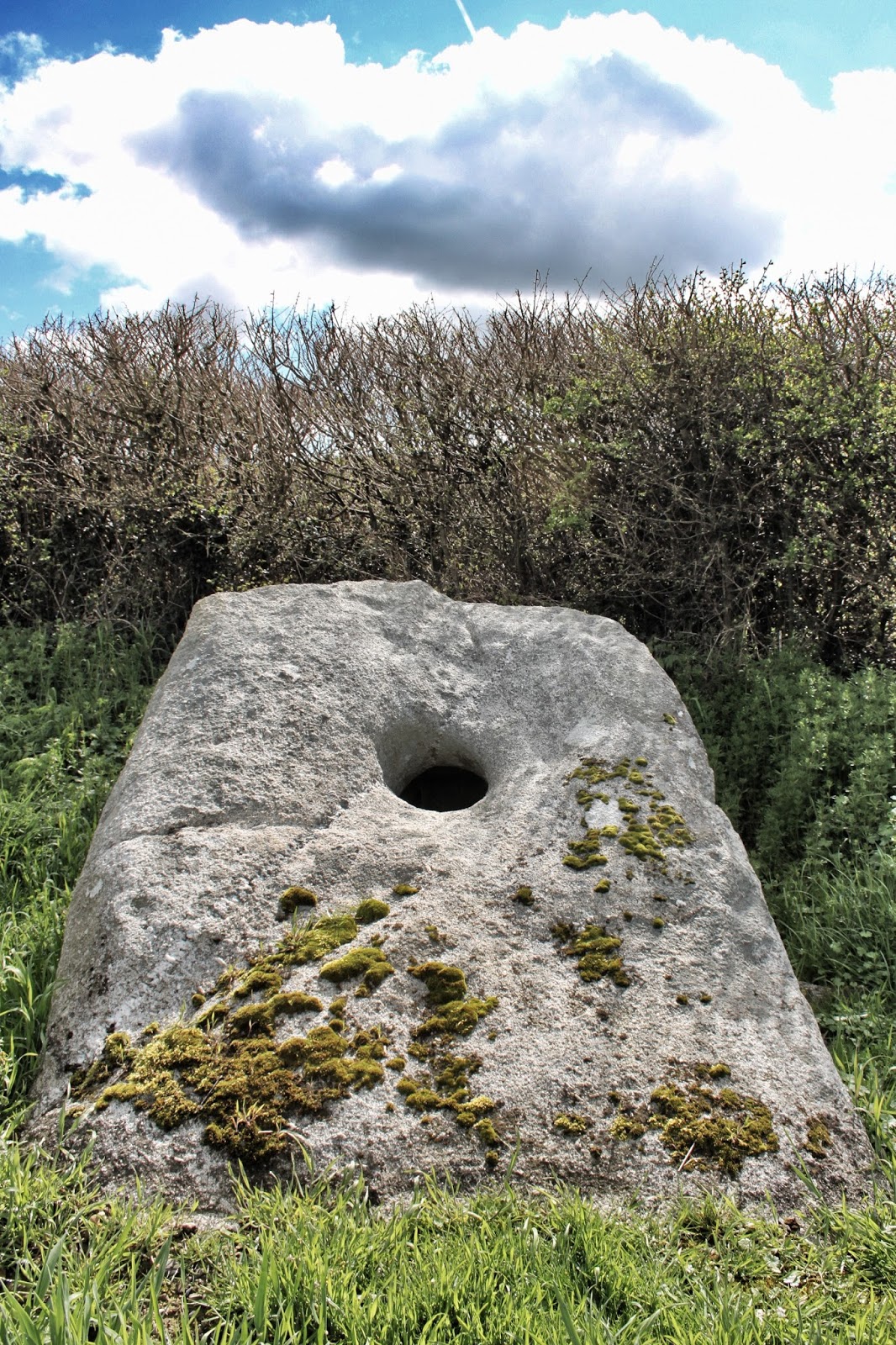 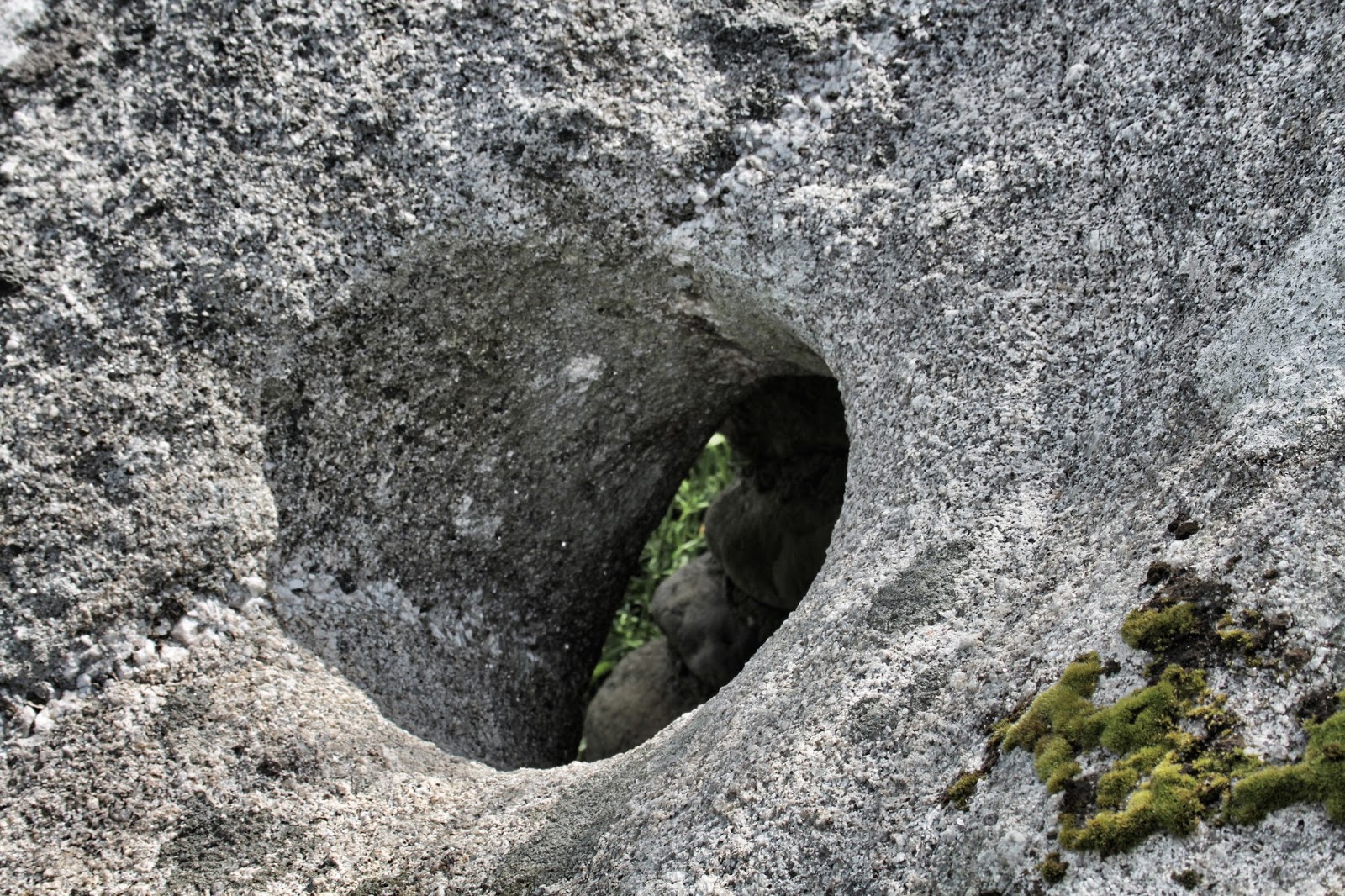 The Cloch An Phoill is a large flat granite stone.
This huge stone has a hole that has been pierced through it.
The stone is believed to have been a part of a megalithic tomb, with the hole used to pass food to the dead (after the sealing of the tomb).
The hole is about 30cm's in diameter.

The more recent history of the stone claims that Niall of the nine hostages tied up an enemy called Eochu with the use of a chain that was run through the hole.
The manacled Eochu managed to get free and exact revenge on Niall by taking his life in 405 AD.

The stone was also used for it's healing powers in the 18th Century, sick infants were passed through the hole in belief that this would aid the restoring of the infants health.

This is a very impressive stone which would be even more striking if it were upright in a field like Hurlstone Standing Stone Co Louth .

Access - The site is just a short drive from Tullow town (N81).
The stone which is well signposted can be found on your left in a field on a very bad bend so take care.