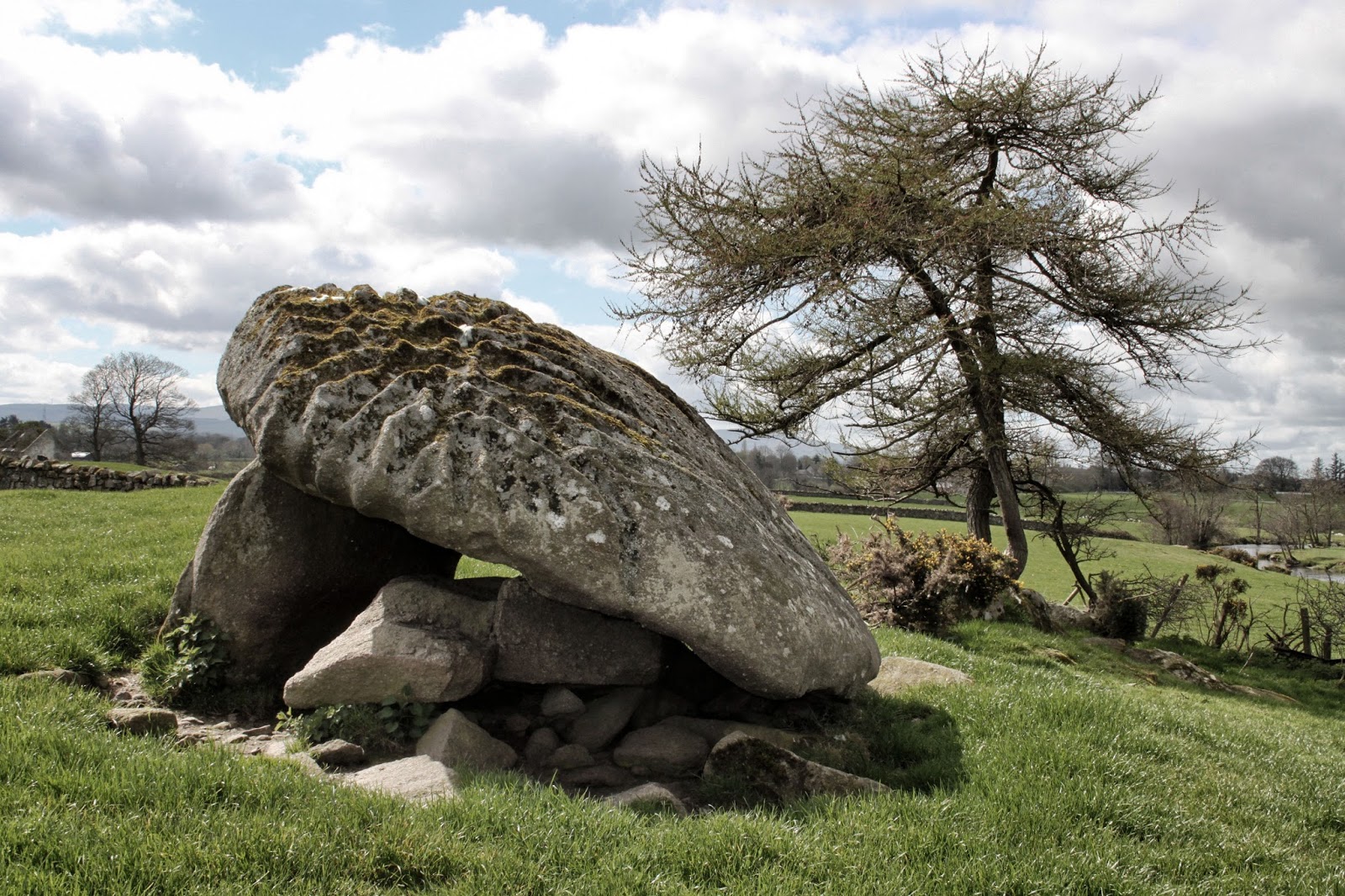 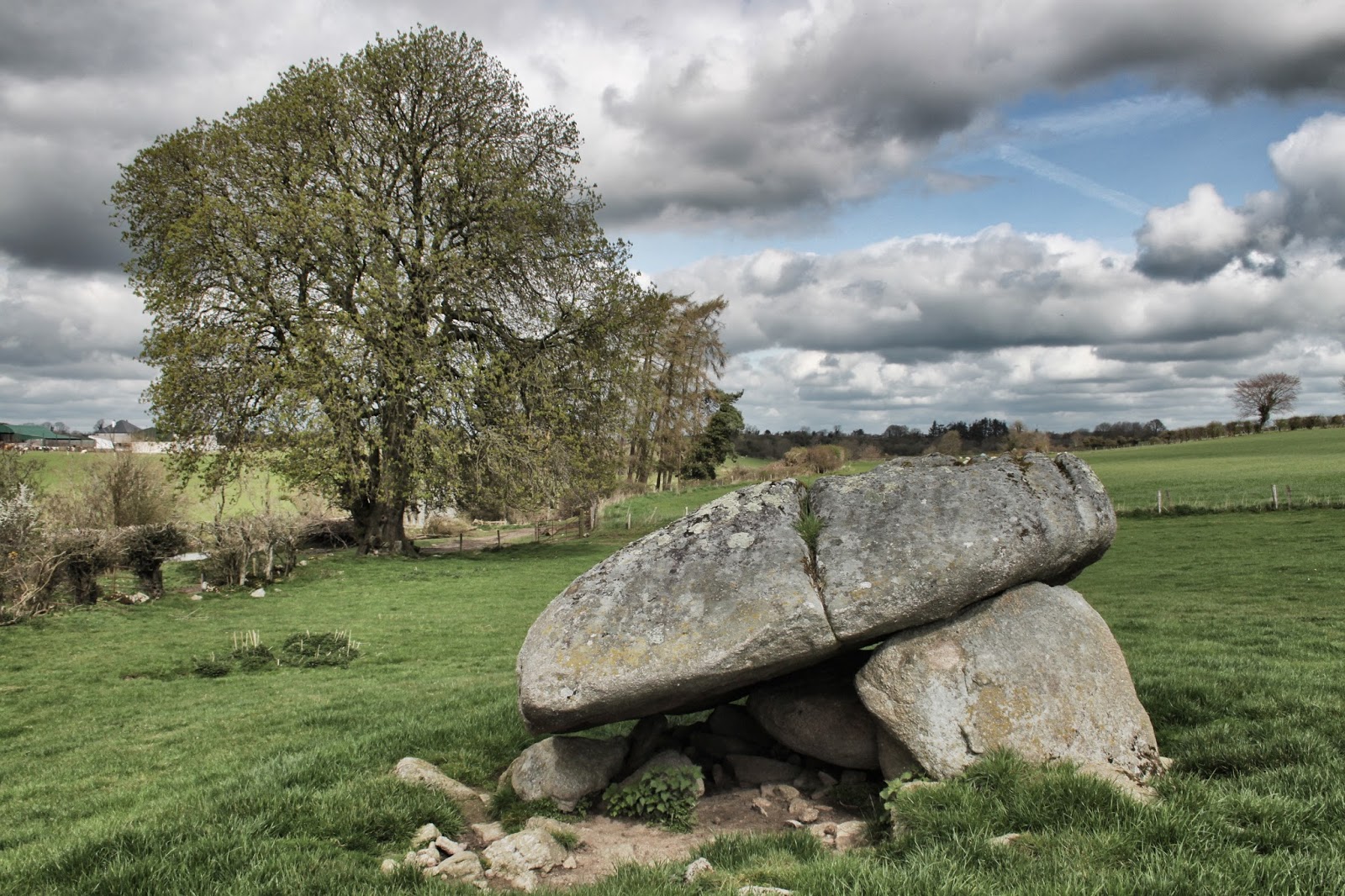 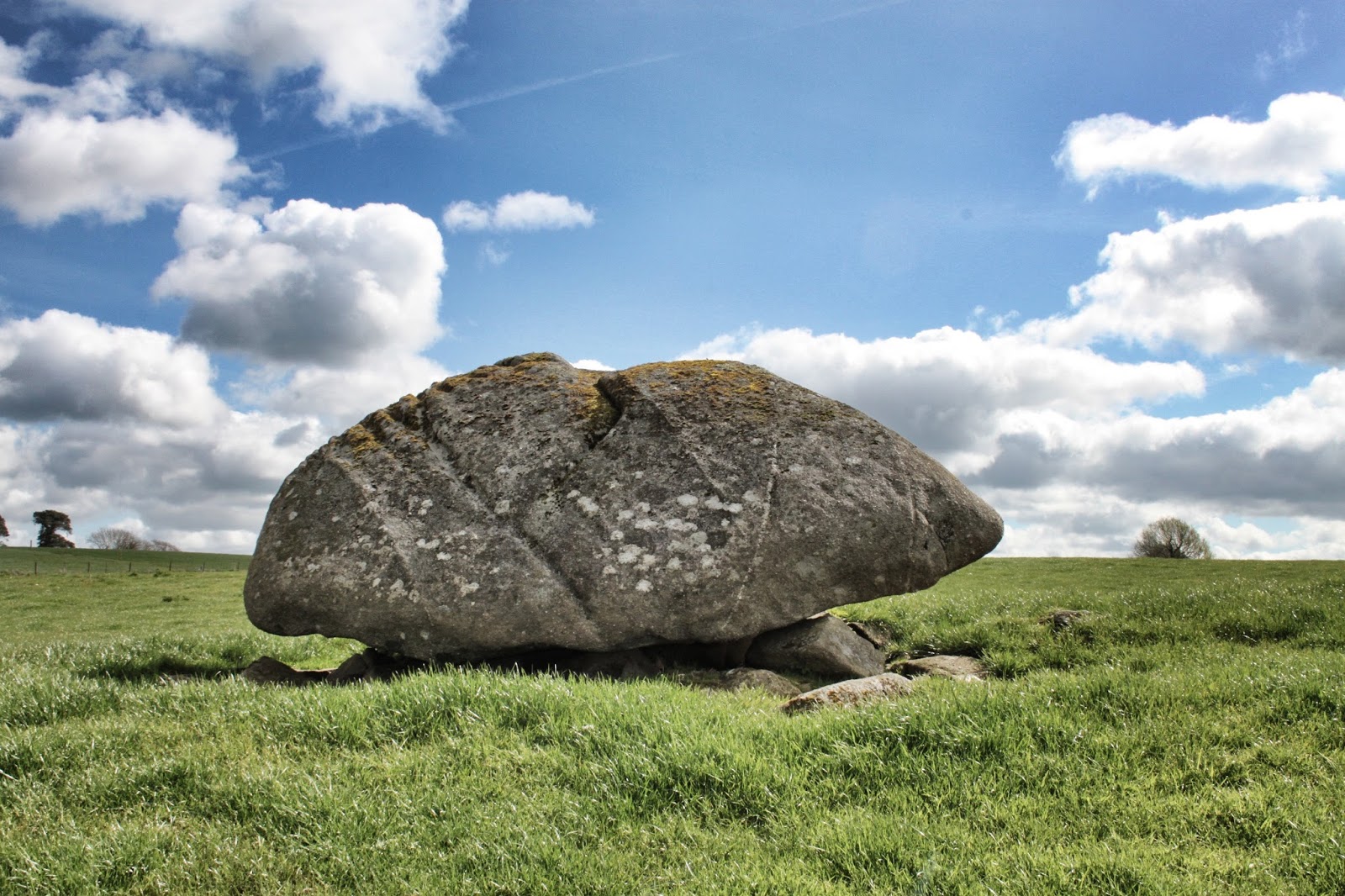 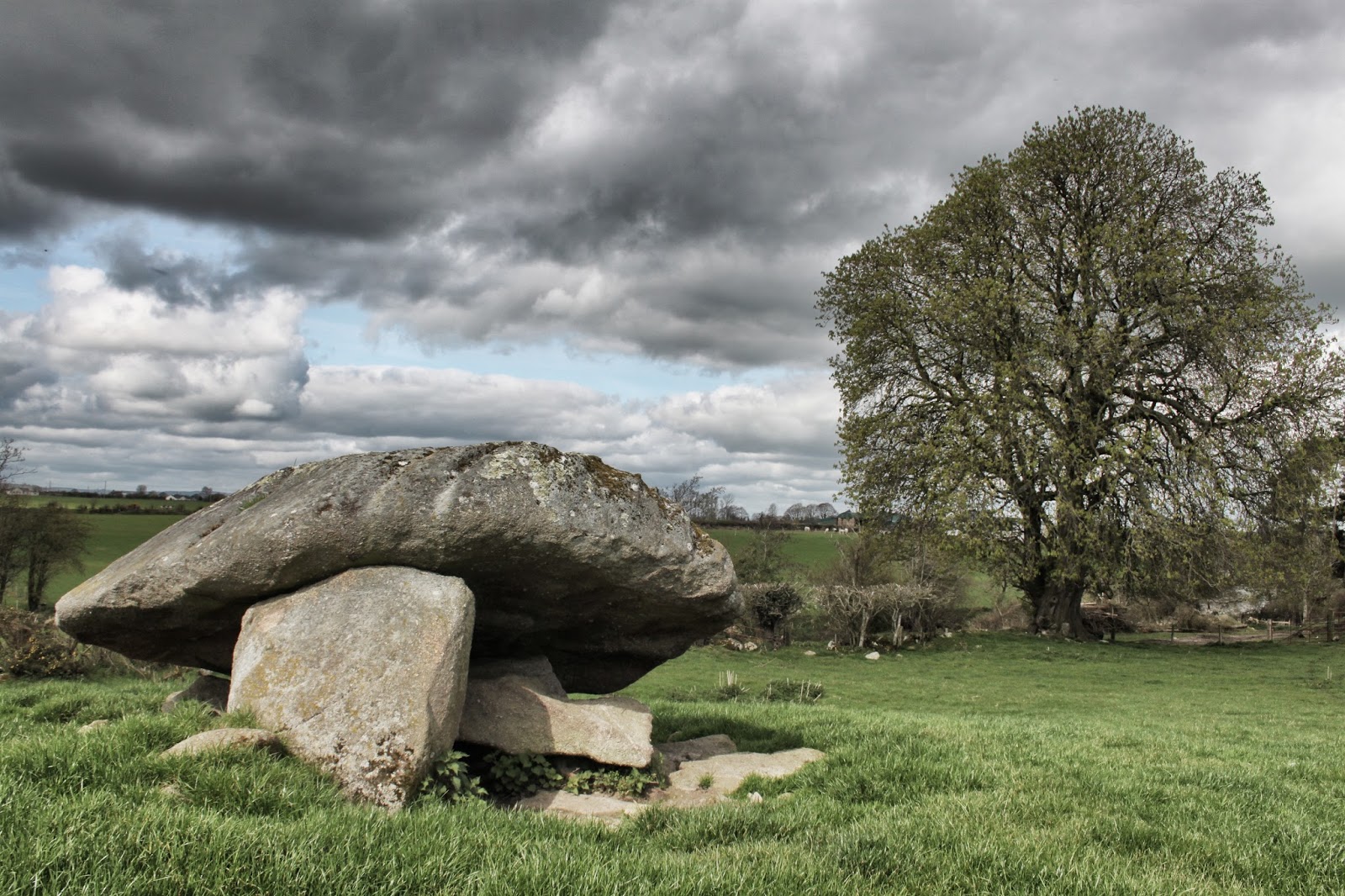 Continuing with my good run of late with tombs, after trying on and off for about the last 5 years I finally got to see the wonderful Ballynoe Portal Tomb.

The tomb is only held up with one stone.  Some of the other stones that have fallen are lying under and around  the tomb.

One of the things that really makes this site so special is the large capstone with the ridges and grooves which are said to have been caused by weathering.

The capstone is over 3 meters in length and 3 meters in width.
The height of the tomb is just under 2 meters.

The setting for Ballynoe could not be better, green fields all around with the Derreen river running close to the tomb.

This is the real problem with Ballynoe!  A couple of years ago I tried to visit the tomb via the farm it was on. This proved to be spectacularly unsuccessful with yours truly being turned away by the farmer, who by the time I was leaving had me convinced my directions were all wrong.

Since then I have tried to approach the farmer through a couple of locals (with no luck) and more recently with a local historical society (again no luck).
So in the meantime I pushed Ballynoe further back in my wish list, that is until having some recent success with a couple of other local tombs I decided to try again and started investigating alternative options to get to this site.

My new route involved approaching the tomb from the opposite side of the farm, this route was found via Google Earth with the help of Google Street View confirming the new starting point.
This route brings you to the tomb via an old track way, with a walk that will take you about 15 minutes or so, taking this walk you cant help notice a giant of a standing stone on your left as you walk towards the tomb.
As time was against me and the standing stone was in a cropped field I gave it a nod and said "another day to myself".

Please feel free to get in contact if you need more information about the route I took for Ballynoe.