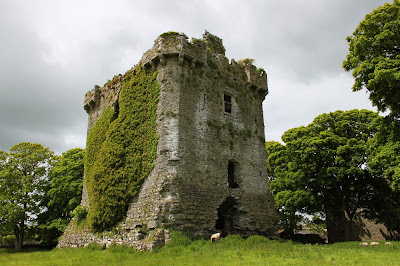 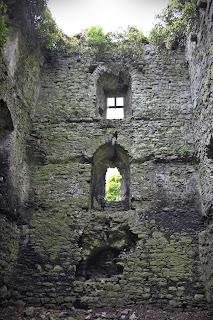 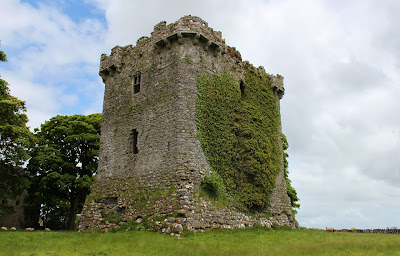 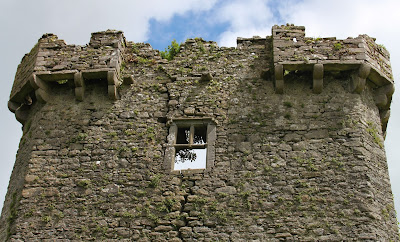 Located on the Galway Mayo border is the ruin of Shrule castle built around 1238 by the Norman deBurgo family of Galway.
All that remains today is four walls (with a couple of very nasty cracks running from top to bottom).
The history of the castle would appear to have been fairly quiet until 1570 when it was captured by
Sir Edward Fitton with a strong British force.
From then on the castle exchanged hands several times.
It was occupied until sometime in the 17th Century.
History refers to a massacre that took place in 1641, but their is some dispute as to the amount killed.
The castle is on your right as you come into Shurle from Galway, and is very easy to spot as you travel along the N84
This ruin is in a dangerous state so caution should be used at all times during your visit.