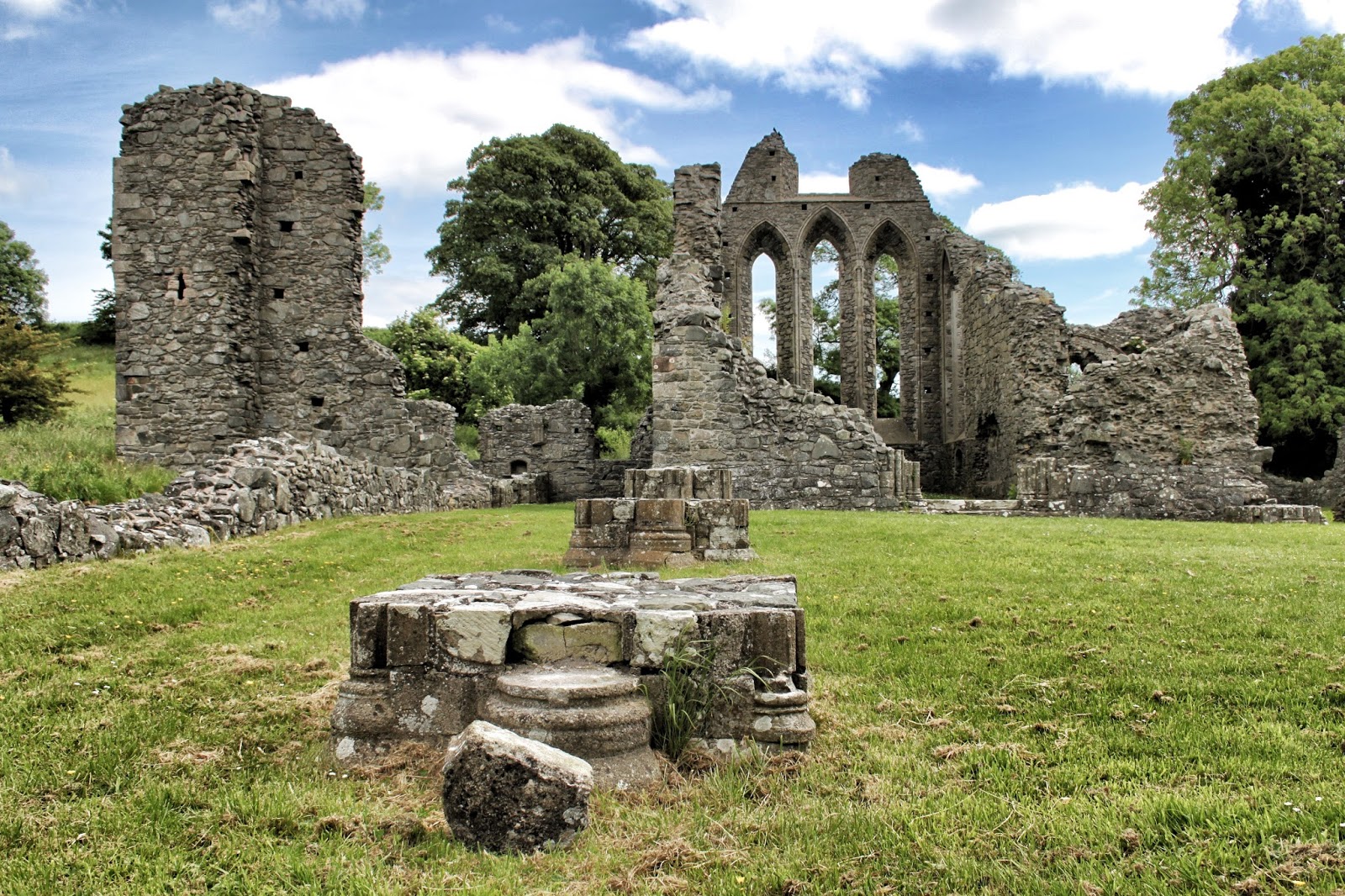 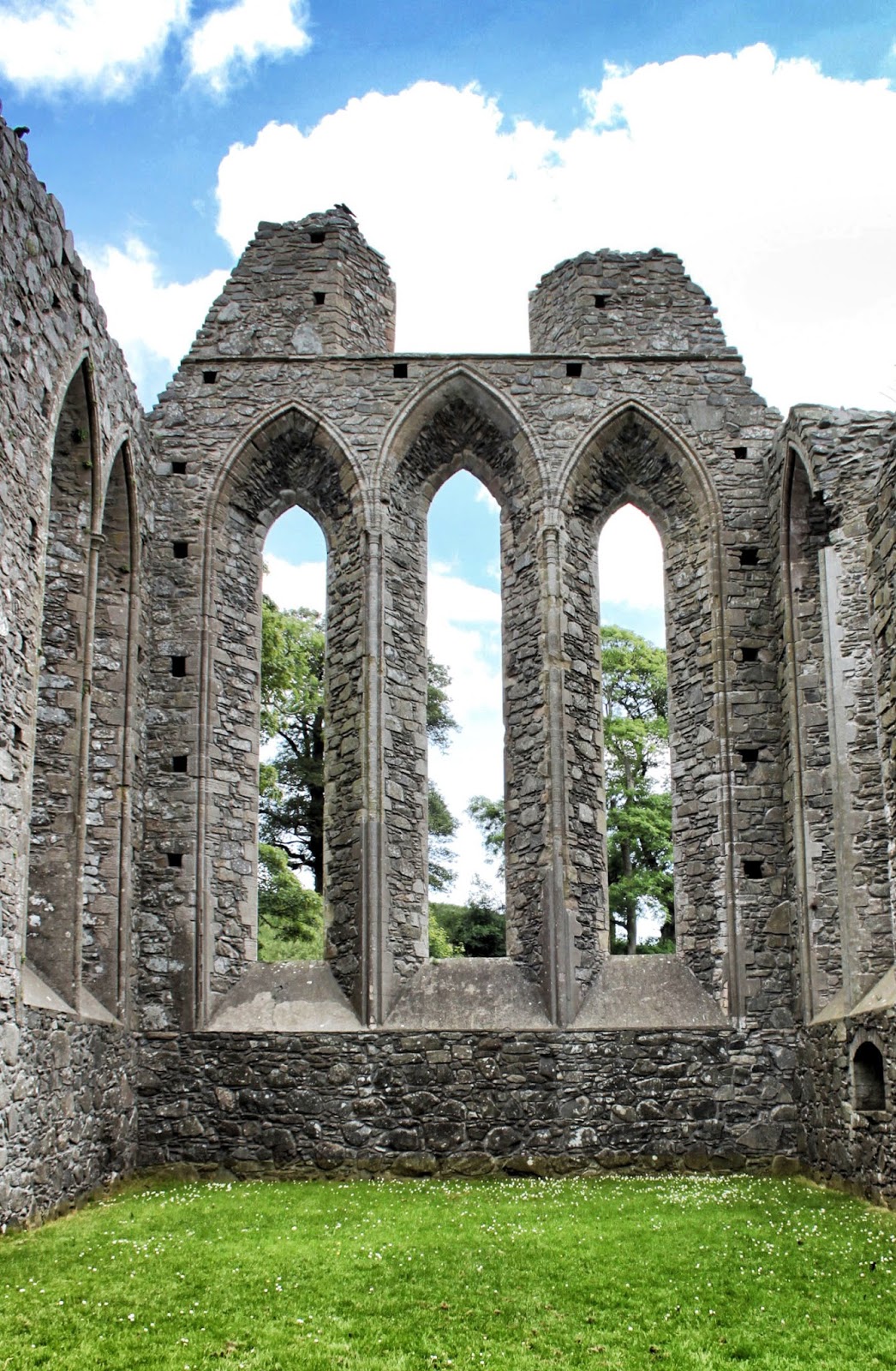 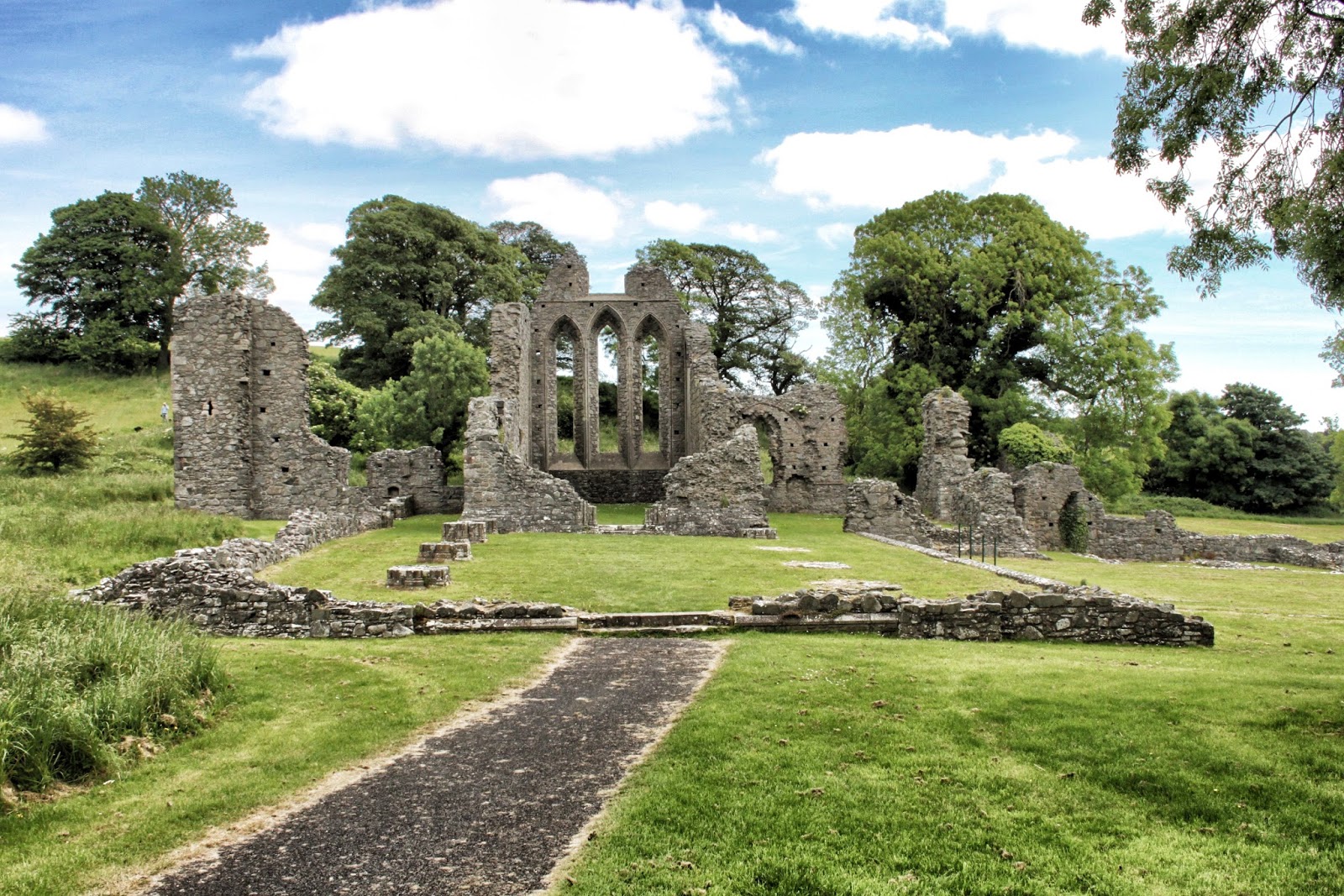 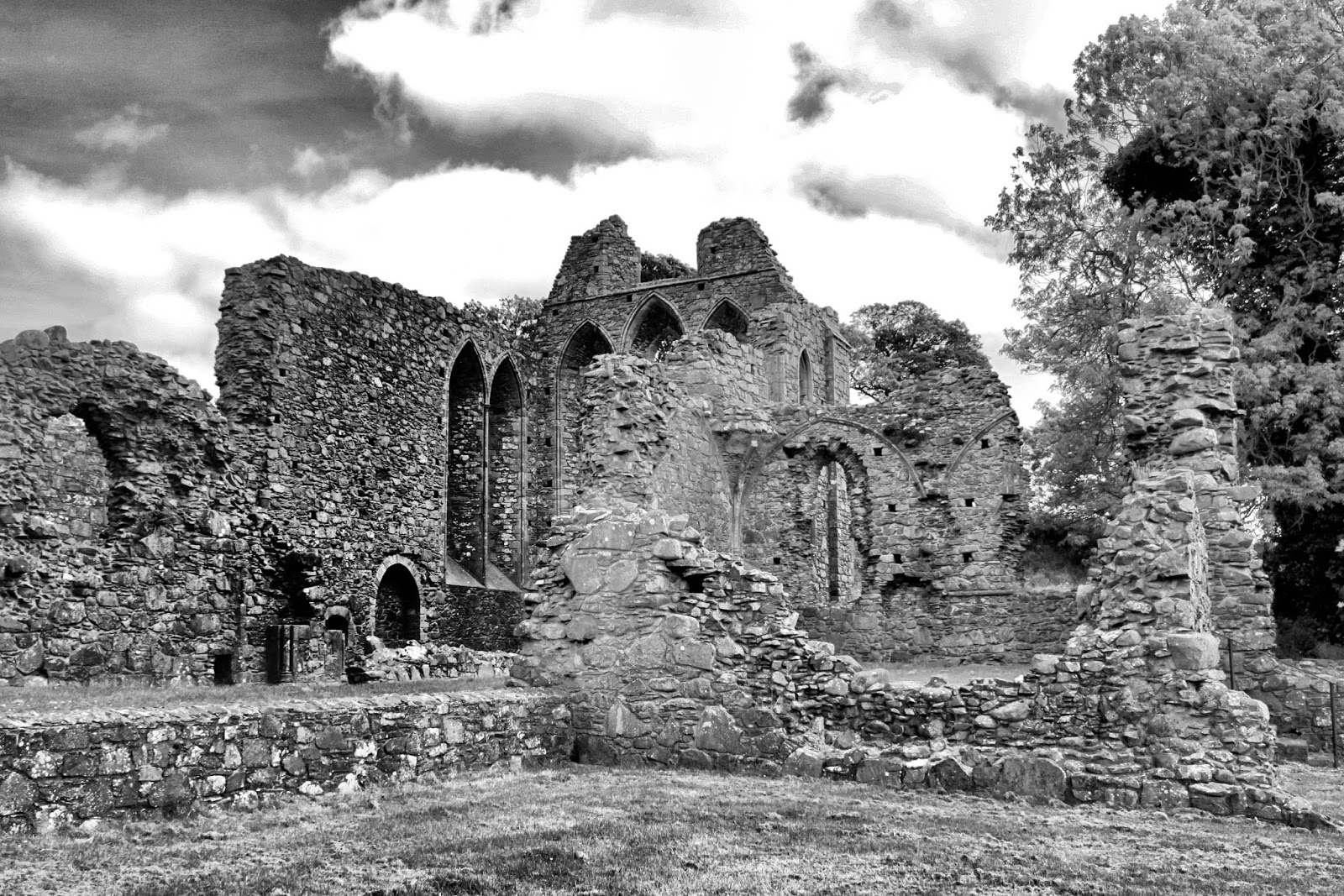 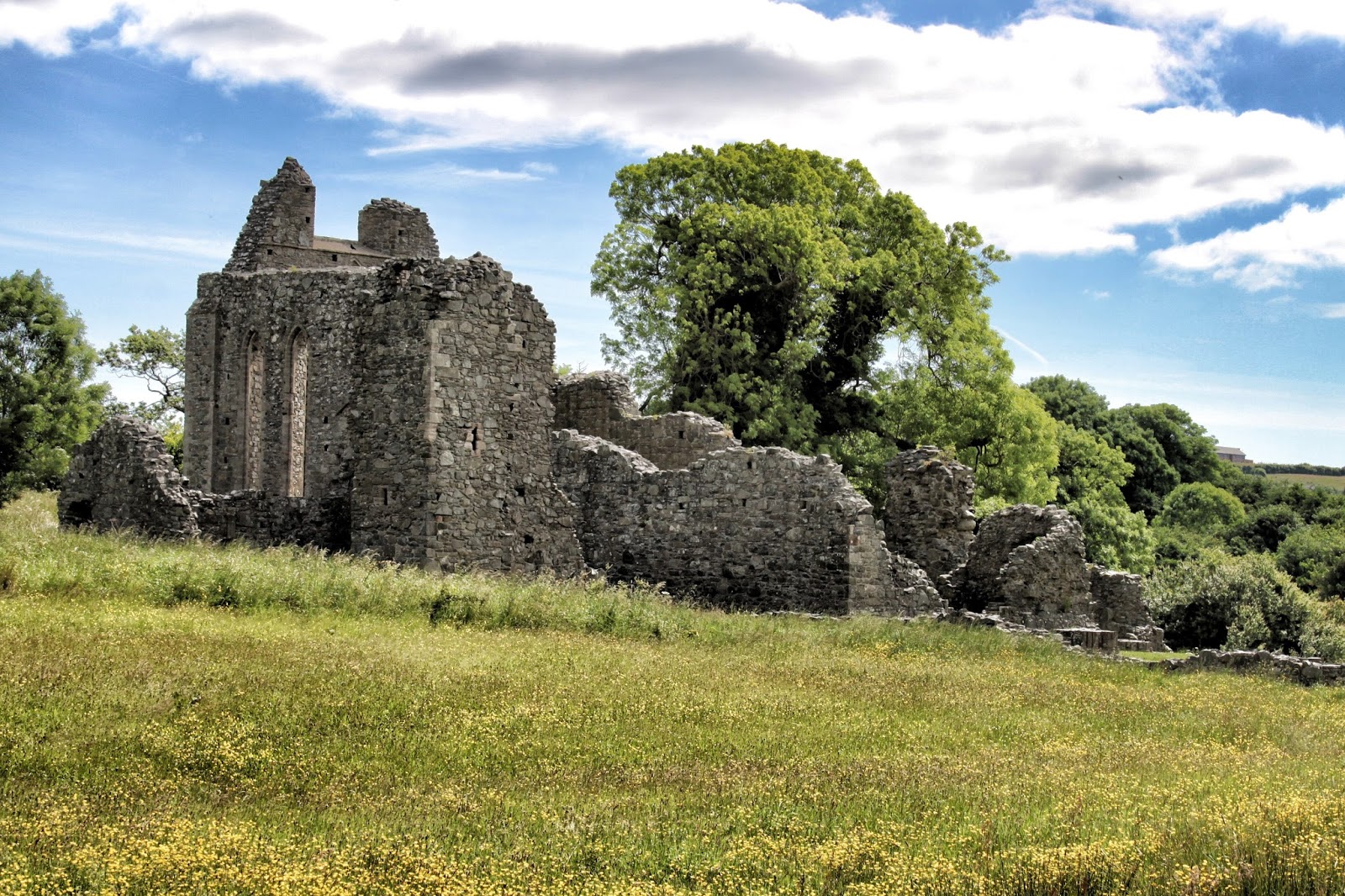 The vast ruins of  Inch Abbey can be found on the north bank of the Quoile River.
The Abbey was founded by John de Courcy in atonement for his destruction of Erenagah Abbey.

The abbey was colonized by monks from Furness Abbey, England in 1187.
What remains of the abbey shows a typical Cistercian layout with the shape of a large cruciform architectural plan.
The Abbey is built on the site of an earlier pre-Norman church called Inis Cumhscraigh.
Vikings plundered the site in 1002 and again in 1149.
Some of the original large earthworks which survive  can be seen today from the air.

What remains of the abbey today are buildings that are dated mainly from the late 12th Century and the 13th Century.

Other well known sites that are linked with John de Courcy include the castles of Carrickfergus and Dundrum  along with Grey Abbey.

Access - The abbey is well signposted from Downpatrick.
Parking is available for several cars close to the abbey.
Expect to make a furry friend or two while at the site as the grounds around the abbey are very popular with dog walkers.