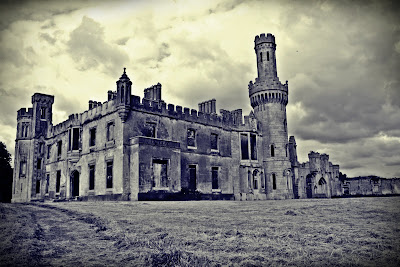 Originally a Georgian home of noted Anglo Irish family, this castle was rebuilt in Gothic Revival style. Although burnt in 1933 the remaining towers and turrets, make this location a surreal view pretty unlike most other castles in Ireland.  Built in 1830 by William Duckett in an estate covering more than 5,000 acres. During the Troubles, The castle was occupied by soldiers from the Irish Republican Army and many Nationalist leaders sought refuge here. The site itself is situated in the townland of Rainstown, between Carlow and Tullow but the estate comprised several large townlands and parts of others. Duckett’s Grove Castle was destroyed by fire in April 1933 but the cause of the fire has not been determined.