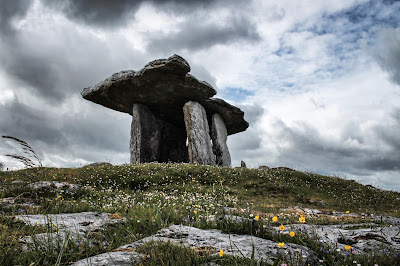 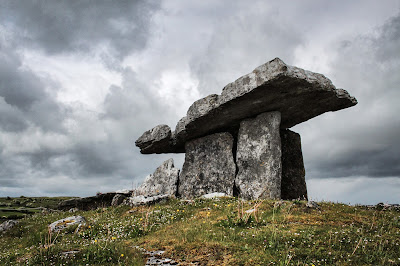 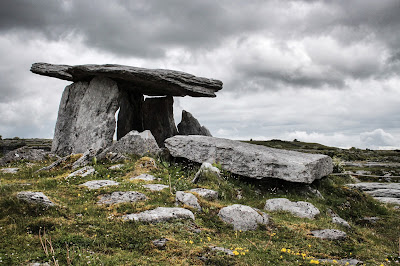 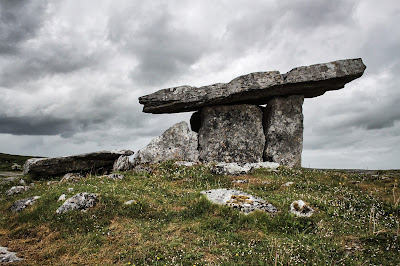 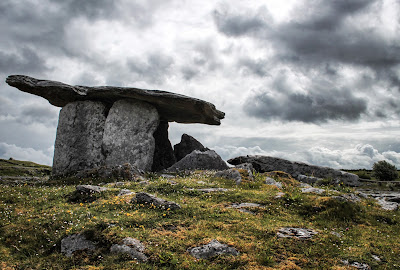 The world famous Burren County Clare has many fantastic sites but none more so than the stunning Poulnabrone Portal Tomb.

This tomb could probably lay claim to being the most photographed megalithic in Ireland.
The early morning of my visit (which was quite dull) saw two small buses and a couple of cars in the big spacious car park beside the site.

The tomb is perfectly set on a low circular mound of loose stones with the entrance to the tomb facing north.

The large thin capstone is close to 3.6 meters in length and 2.1 meters in width.
The portal stones are in and around 1.8 meters high.

Poulnabrone was excavated in 1986 and again in 1988.
The remains of 22 individuals which included adults children and infants were discovered.
The remains and other artifacts discovered allowed the tomb to be dated to approximately 3600 BC.

Access - The site is well signposted and has a large car park just off the R480.

Posted by Tony Mulraney at Wednesday, August 30, 2017 No comments: