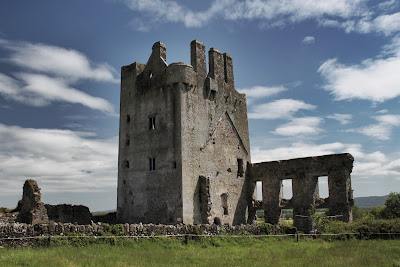 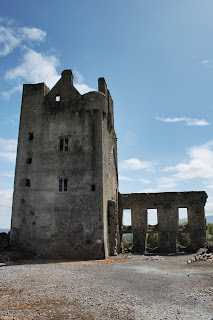 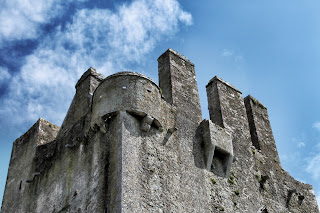 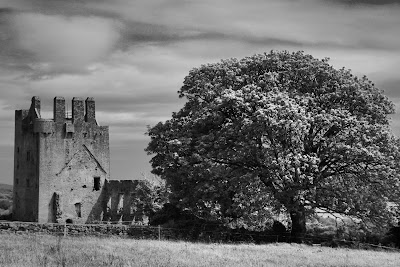 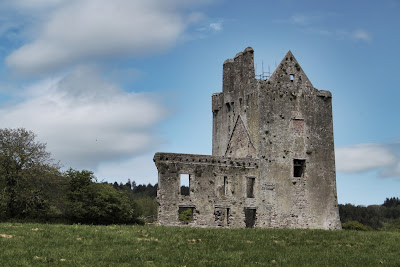 Kilcash Castle is a fortified tower dating from the 16th century.
The five stories high tower has recently undergone some long running restoration (so the ruin is now scaffolding free for the first time in a long time).
The ruins of the adjoining hall were added at a later unknown date.

The castle is mostly associated with the Butler family who were very prominent in the surrounding area.

The castle at one stage was occupied by Lord Castlehaven a noted Confederate Catholic Commander in the 1641 - 52 war.

These days the castle is most associated with the song Caoine Cill Chaise (A Lament for Kilcash) which mourns the death Margaret Butler (1744).

Kilcash had fallen into ruin by the mid 19thCentury.
The trustees of the Ormond  estate sold the castle to the State in 1997 for £500.

The castle is signposted from the N24 (and can be seen clearly from the road).
The site as of a couple of weeks ago is still closed off - you can get up close but the castle itself is locked up very securely.