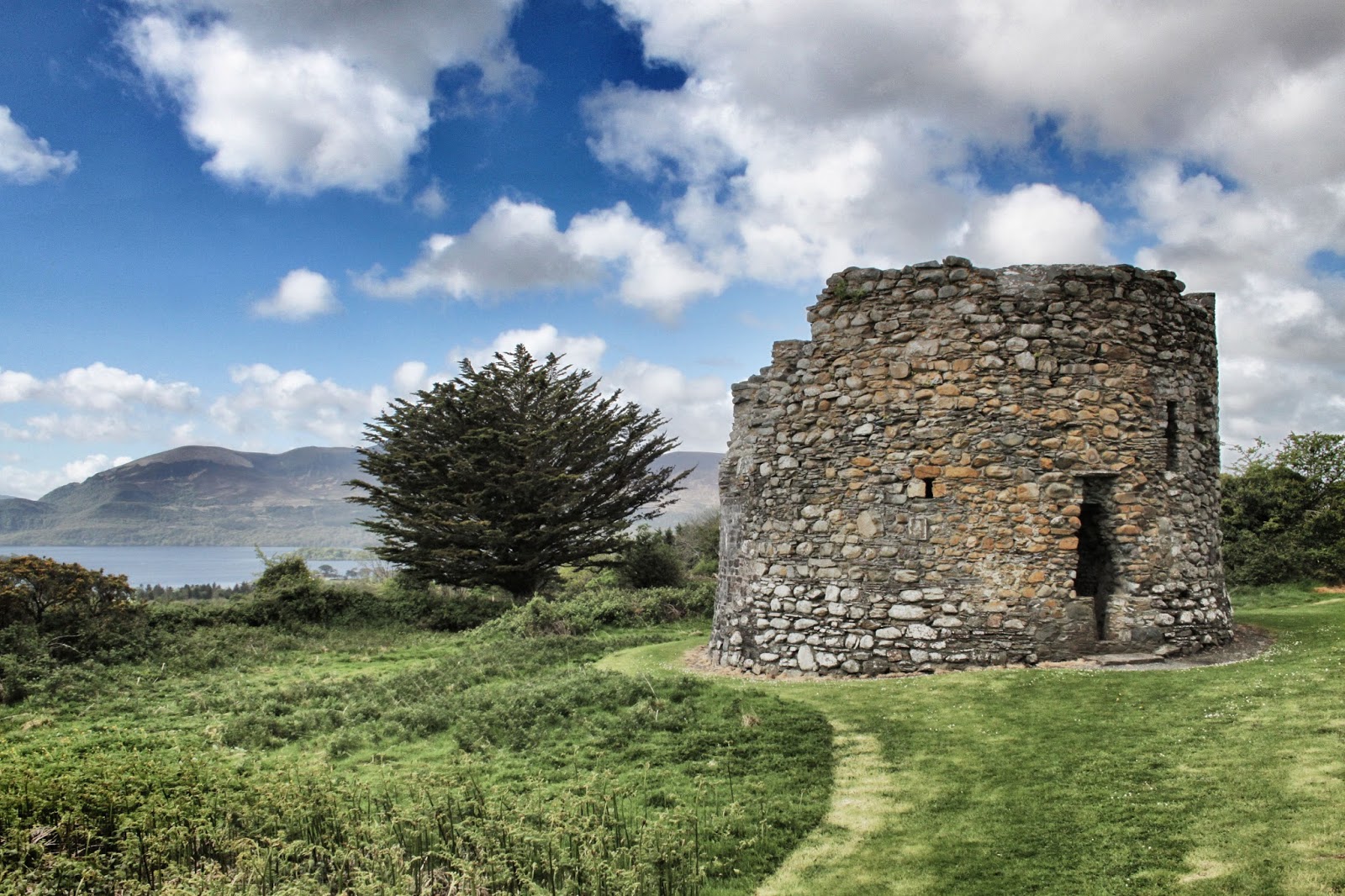 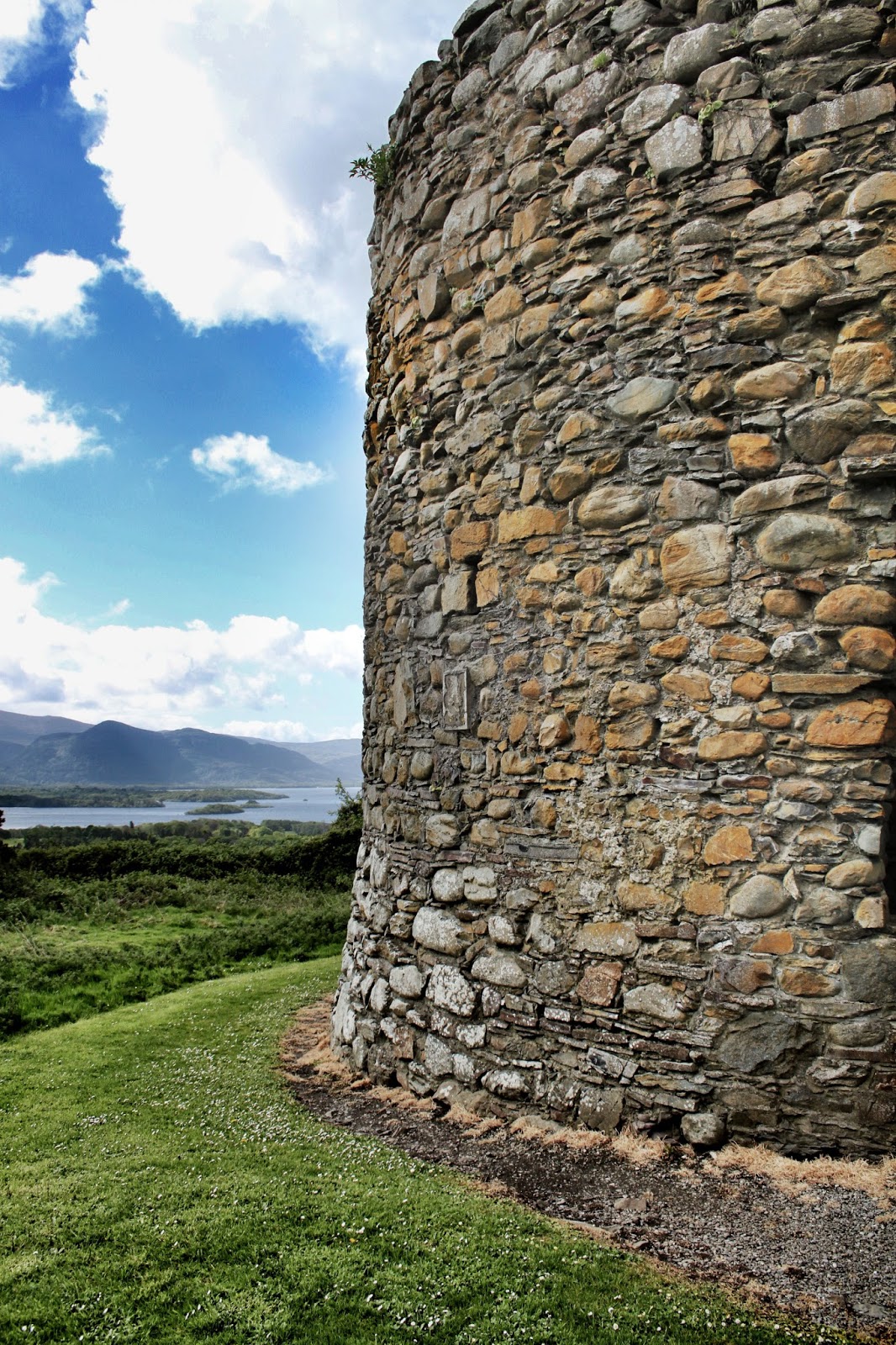 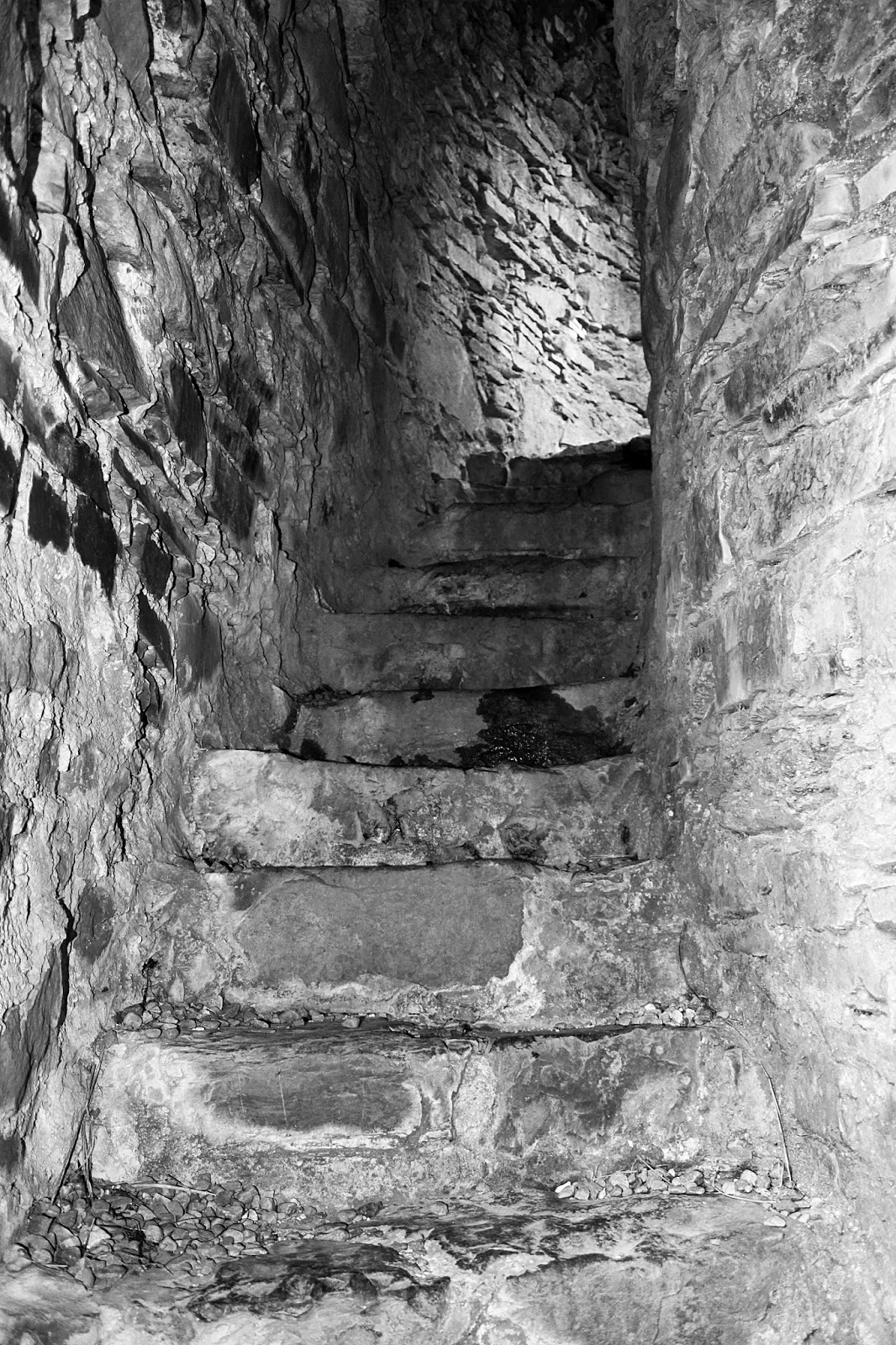 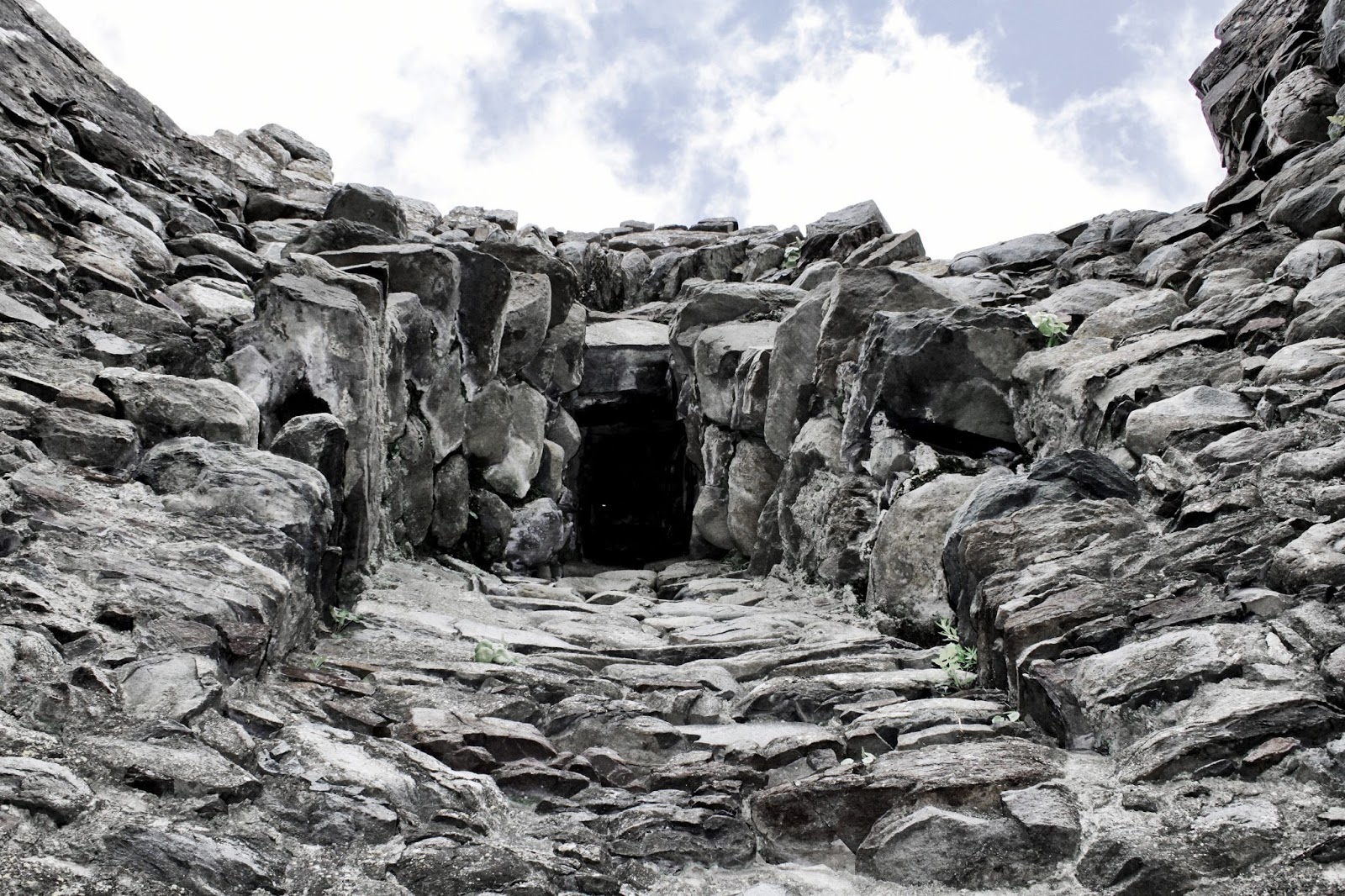 Located only a short drive from Killarney town you can find the ruin of Parkavonear Norman Castle.

The Castle is very unusual in that it is round unlike the majority of Norman castles of that time which tended to be rectangular.
Originally the castle would have had a mote around it with the doorway higher that the later one that you can see today
The castle is dated  13th Century and is one of many that came to be built following the 1169 invasion of Ireland by Anglo-Norman forces.

What remains today is pretty basic.
The wall's are 2 meters thick with the interior about 9 meters in diameter.
The castle is two storeys high with a stairway built into the wall of the ruin.
The first storey still has the remains of a fireplace.

The castle can be found in it's own neat enclosure, the setting for this unique ruin could not be better with one of Killarney's lakes acting as a backdrop.