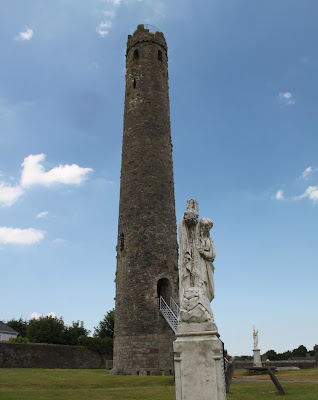 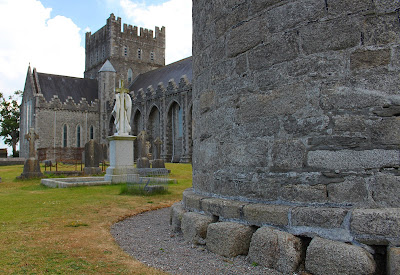 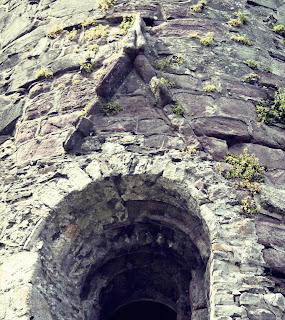 Kildare Round Tower rises to an impressive 32 meters in height.
The tower was constructed from Wicklow granite and local limestone.
This tower is from the 12th Century and is said to have been built on the ruins of an earlier tower.

The doorway is without doubt the standout feature of the tower.
It is 4.5m from ground level and has the remains of some Romanesque motifs.
The tower (which is the second highest in Ireland) can be climbed in the summer for a small charge.

The grounds also contain St Brigid's Cathedral, a High Cross and the remains of St Brigid's Fire Temple.
Opening times for the tower are  May to Sept 10am to 1pm and 2pm to 5pm, Sunday is just 2pm to 5pm.

Posted by Tony Mulraney at Thursday, September 05, 2013 No comments: