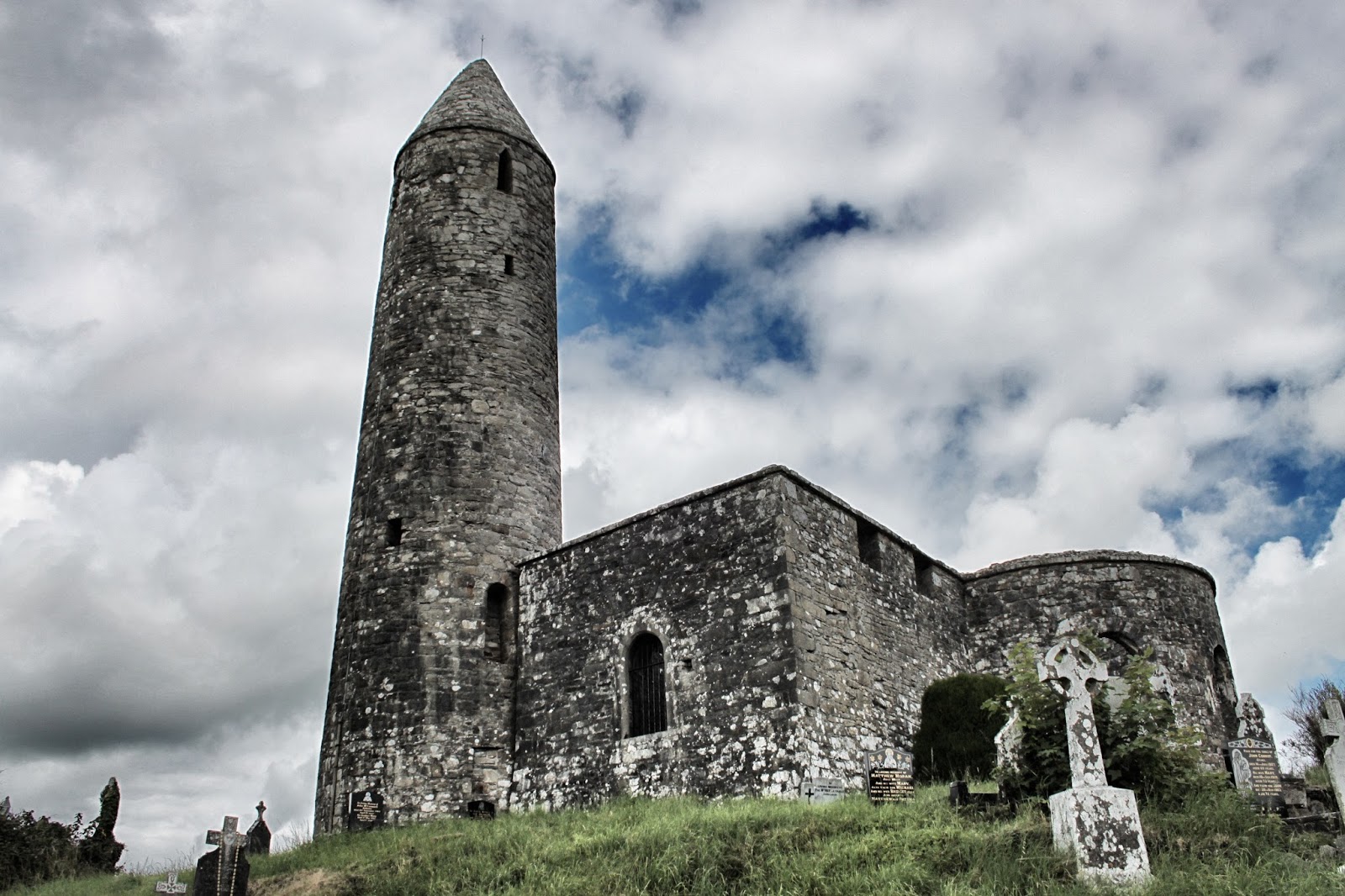 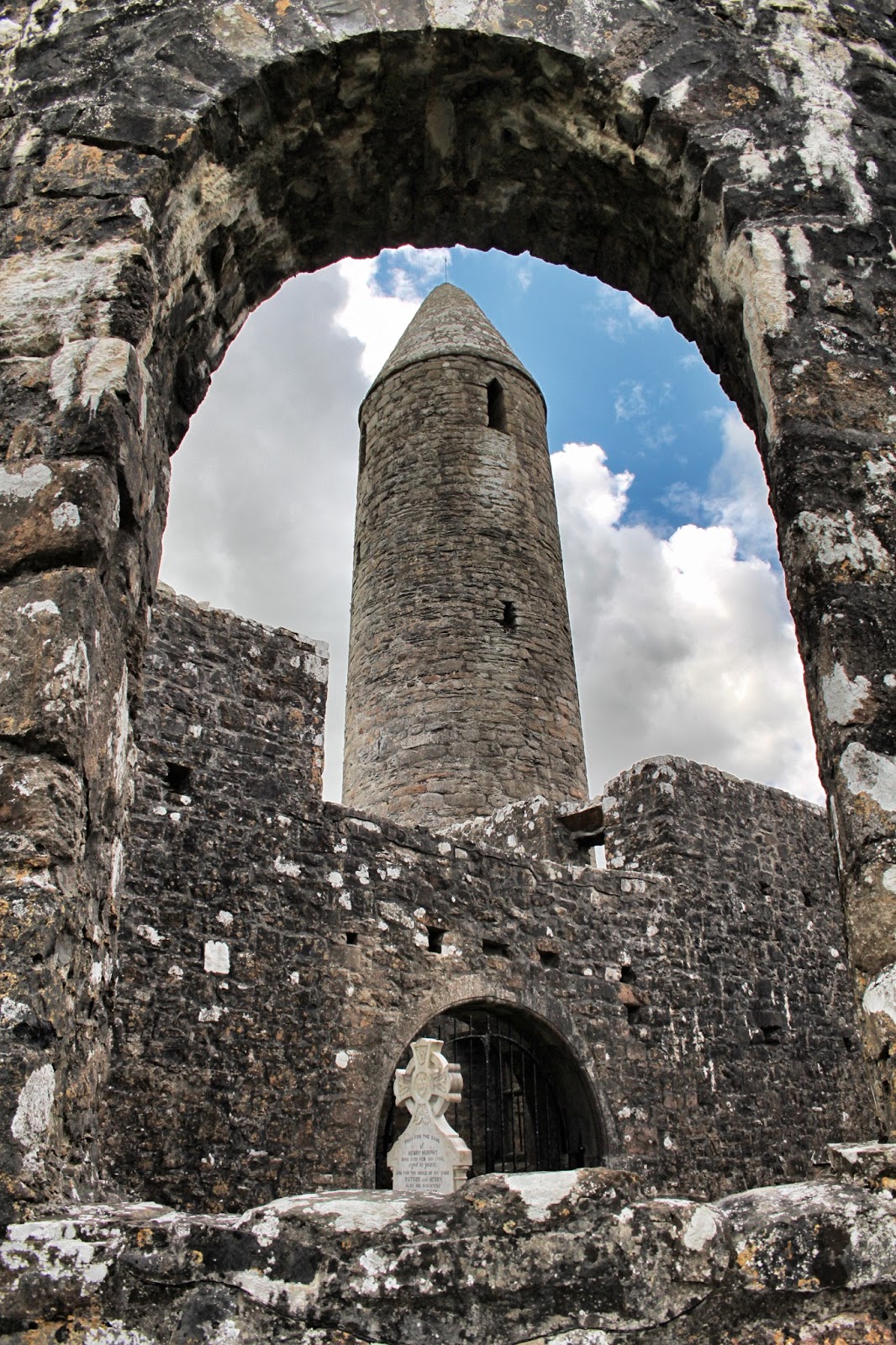 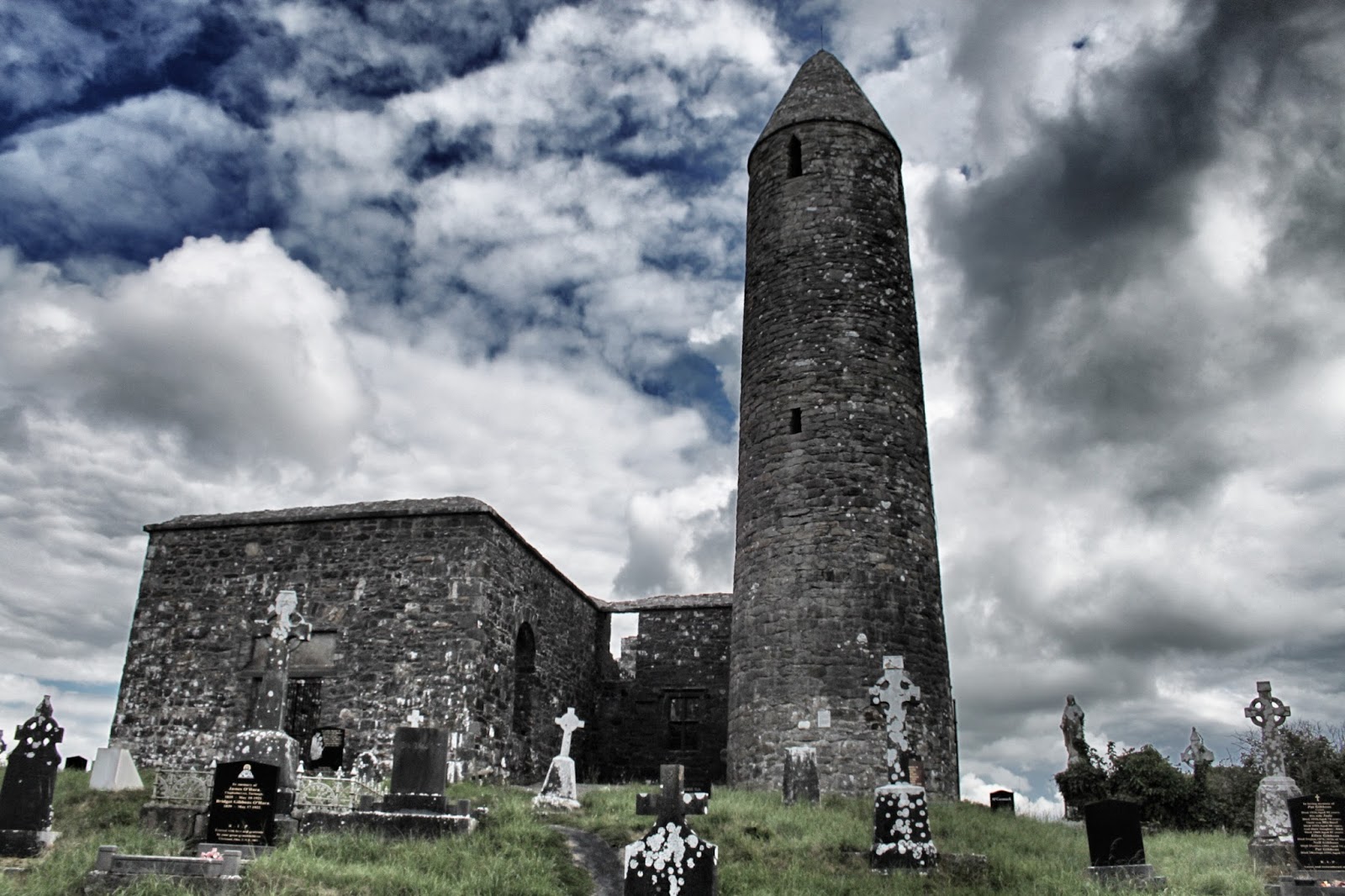 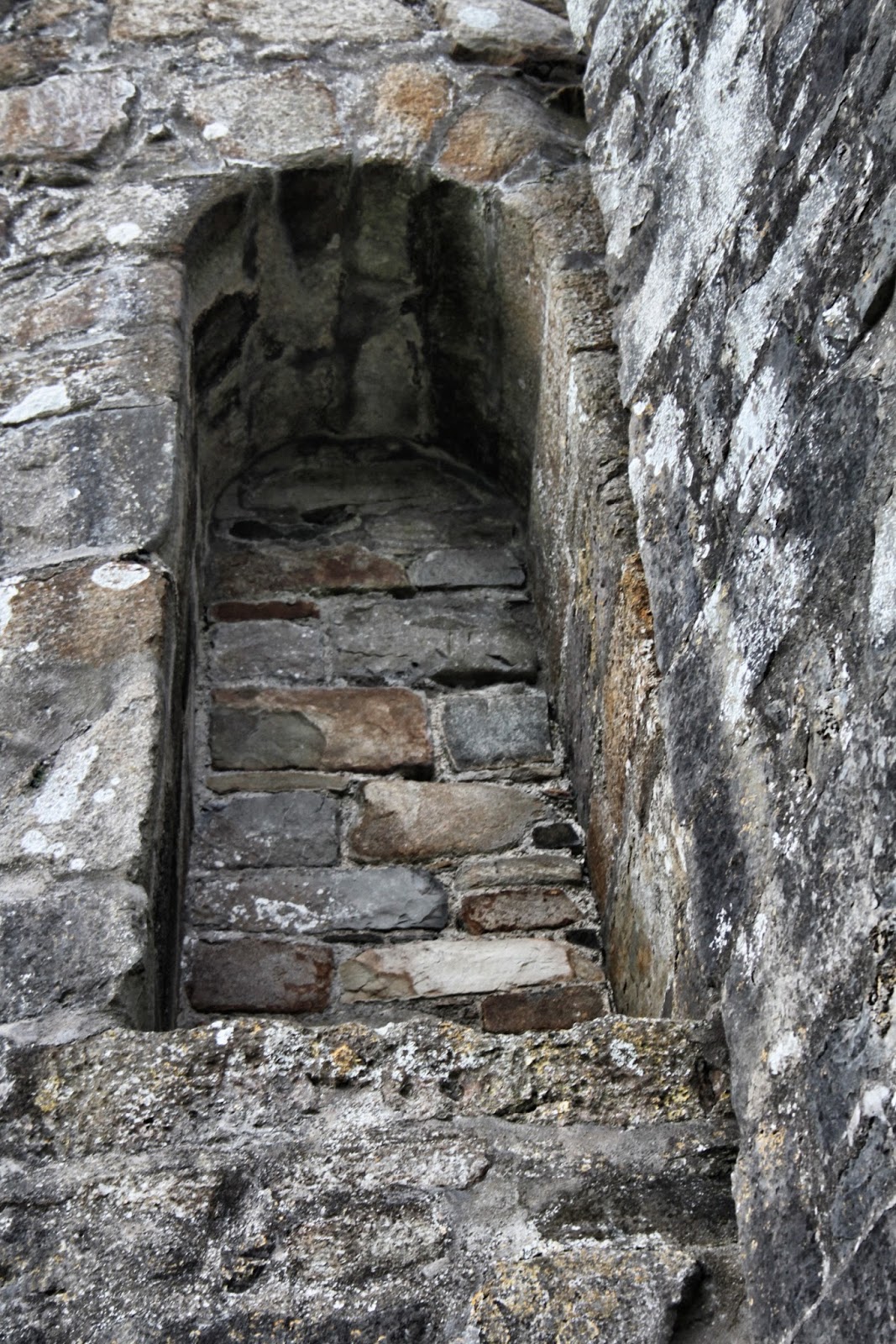 Turlough Round Tower is a well kept but a somewhat squat looking tower.
It is claimed the tower may date back to the 9th Century, but recorded documentation of the tower came much later in the 17th Century.
The tower compared to others is a smallish 23 Meters tall.
The arched doorway is just under 4 meters above the ground level, but has been blocked up with mortared stone.
There are four windows at different levels, with four more at the top just below the cap.
The OPW are said to have carried out repairs on the tower in 1880 which included re capping the tower.

The church is dated from the 18th Century but it incorporates a window and plaque which both date back to the 16th Century.

Access - You can see the tower from the N5, parking is not a problem.
The graveyard is quite steeply sloped in parts, so mind your footing.