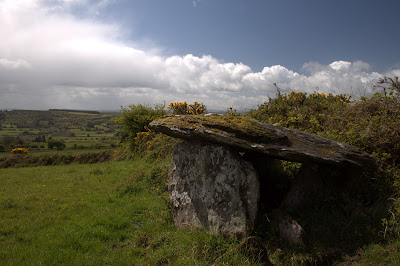 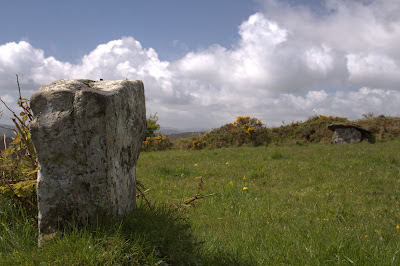 This wedge tomb and standing stone (with a grass covered cairn), can be found in a field which is marked by a sign as a Dolmen.
The tomb is also known as The Bealik.  The large capstone is over two metres in length and about two metes in width.
This wedge tomb is listed as a national monument, so it would be nice if the site got a clean up ( that it deserves) before the tomb is totally overgrown by the hedge.

Posted by Tony Mulraney at Wednesday, September 05, 2012 No comments: