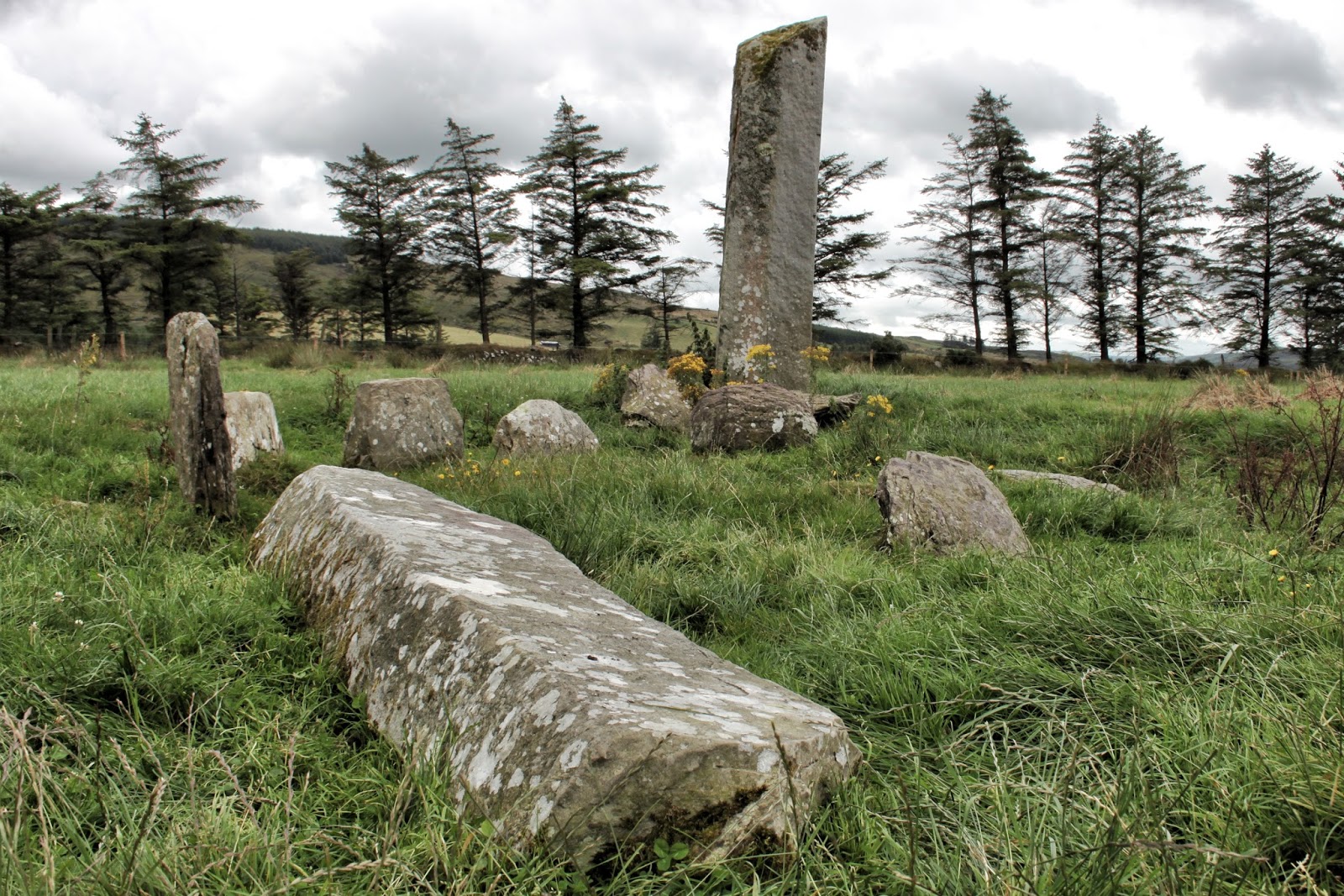 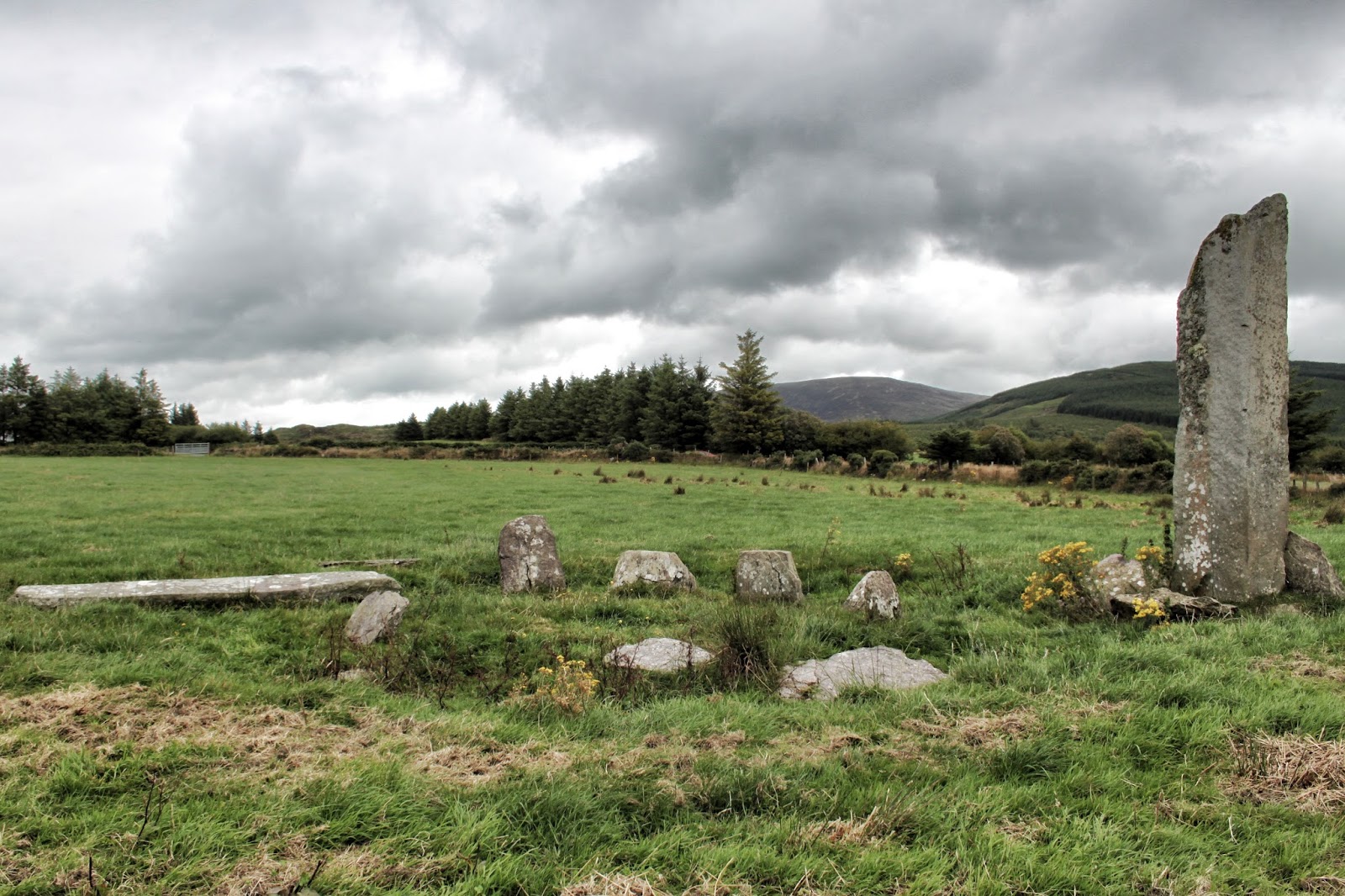 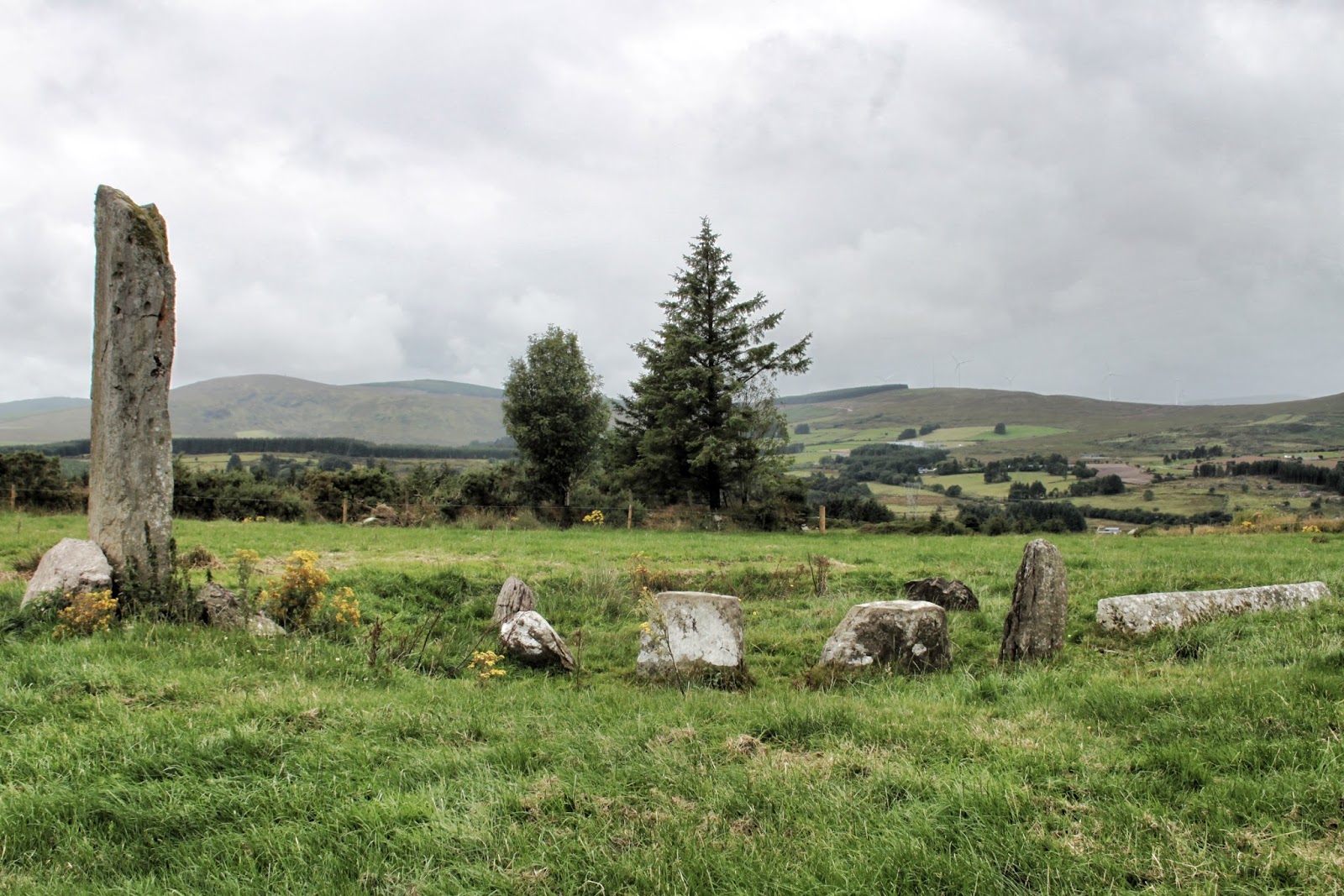 The stone circle of Glantane East is one of two such named circle's.
The other circle by the same name is said to be harder to find as it located amongst a group of trees.

This circle consists of six stones that are still standing.
The circle may once have had between eleven and thirteen stones.
The diameter of the circle is close to 4.5 meters.

There are two large pillar stones which were resurrected as recent as 1994 by the
Office of Public Works - one of these has fallen since then.
The upright pillar is close to 4 meters with the fallen one 3 meters in length.

Access - The circle can be seen from the road despite the field it is in being banked.
Once you have negotiated the electric fence you are left with a short walk to the site.

I have read Glantane East described elsewhere as a mess, this I find harsh as this site still has presence.
You also have the bonus of a tomb quite close by.


Posted by Tony Mulraney at Friday, September 12, 2014 No comments: