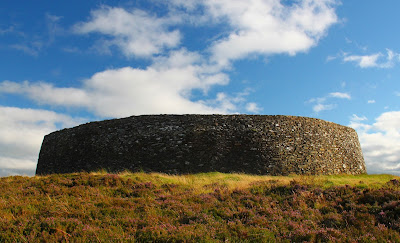 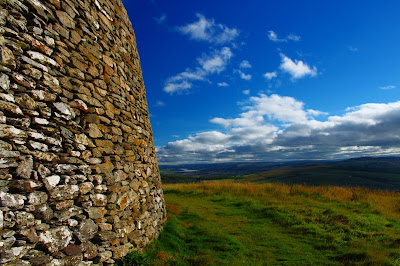 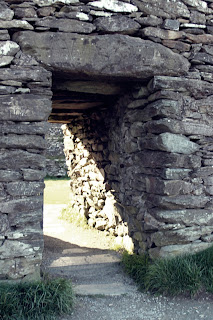 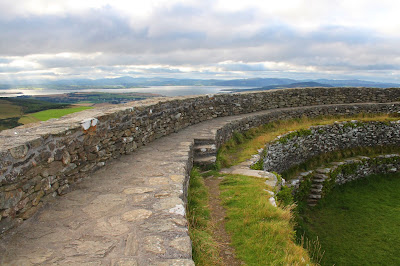 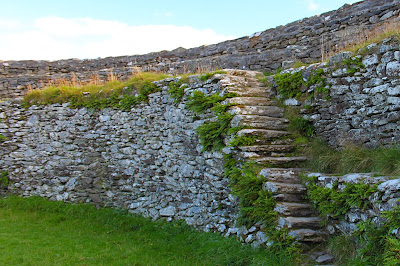 Grianan of Aileach has got to be in the top five for locations of historic sites in Ireland.
The views from all round are nothing short of stunning, Lough Foyle, Lough Swilly and miles upon miles of superb landscapes of the Inishowen Peninsula.

The cashel is over 23 meters in diameter, with the walls near 4 meters in width and reaching up to 5 meters in height.
The walls have 3 interior walkways and can be reached by several stairways.

The history of the site of Grianán of Aileach is thought to date back to 1700 BC.
It is linked to the legend of Tuatha de Danann, who invaded Ireland before the Celts.
The original cashel is thought to have been built between the 5th - 10th Century's.

The Grianán of Aileach has undergone many transformations in its history.
Dismantled by the warriors of Murtogh O Brien - who ordered his men to take away the remains stone by stone.
Later came the (much maligned) 1837 reconstruction work of Dr. Bernard.
More recently there was a controversial stabilization scheme (which was even more maligned) undertaken by the OPW in 2007.

Grianán of Aileach may have many critics as it is very different to the well known Cahergal Stone Fort .
But for all the restoration work carried out this is still a quite stunning site that I would strongly recommend.

Access: The site is very well signposted from the N13 (and can be seen well in advance) parking is not a problem.

Posted by Tony Mulraney at Friday, October 11, 2013 No comments: