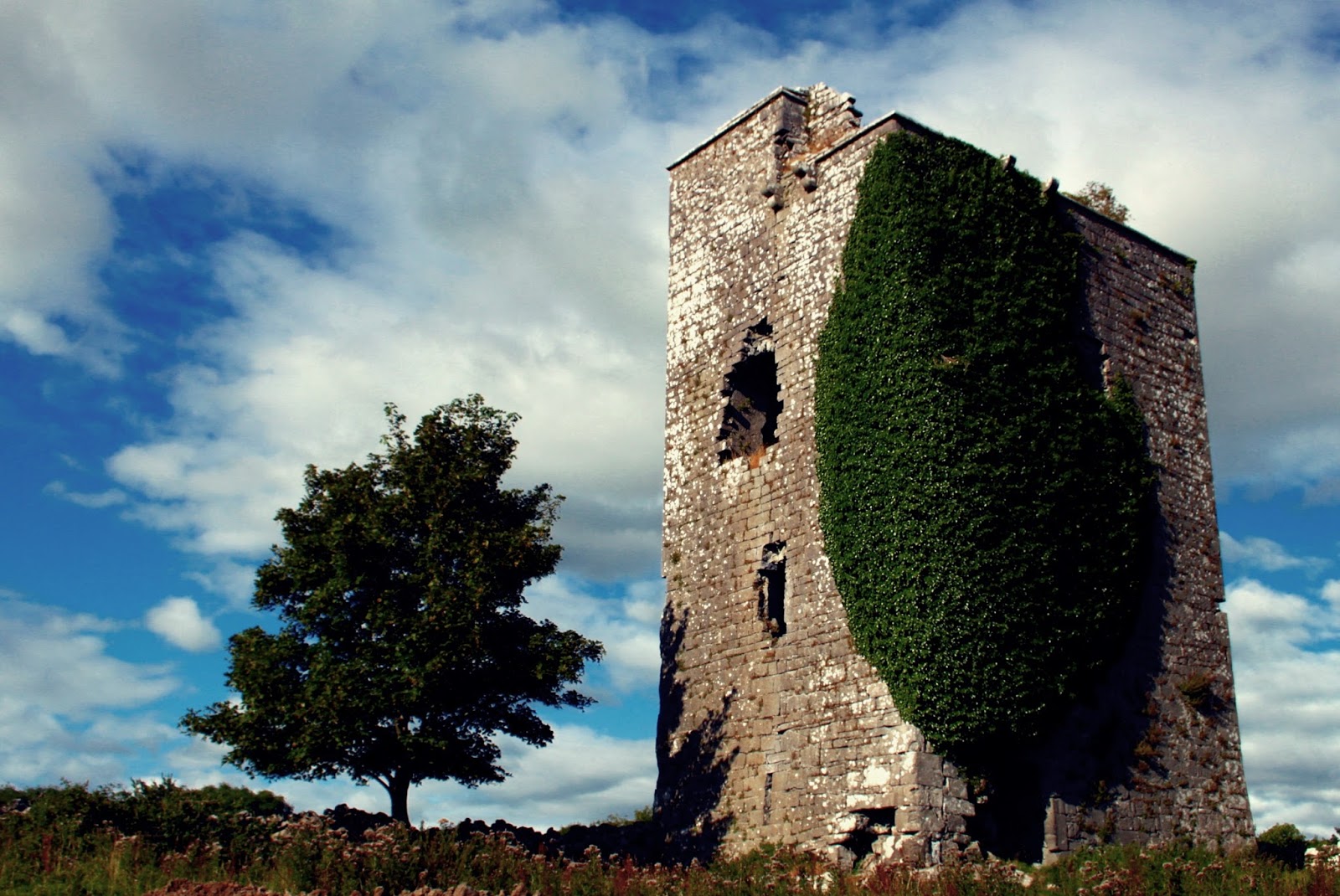 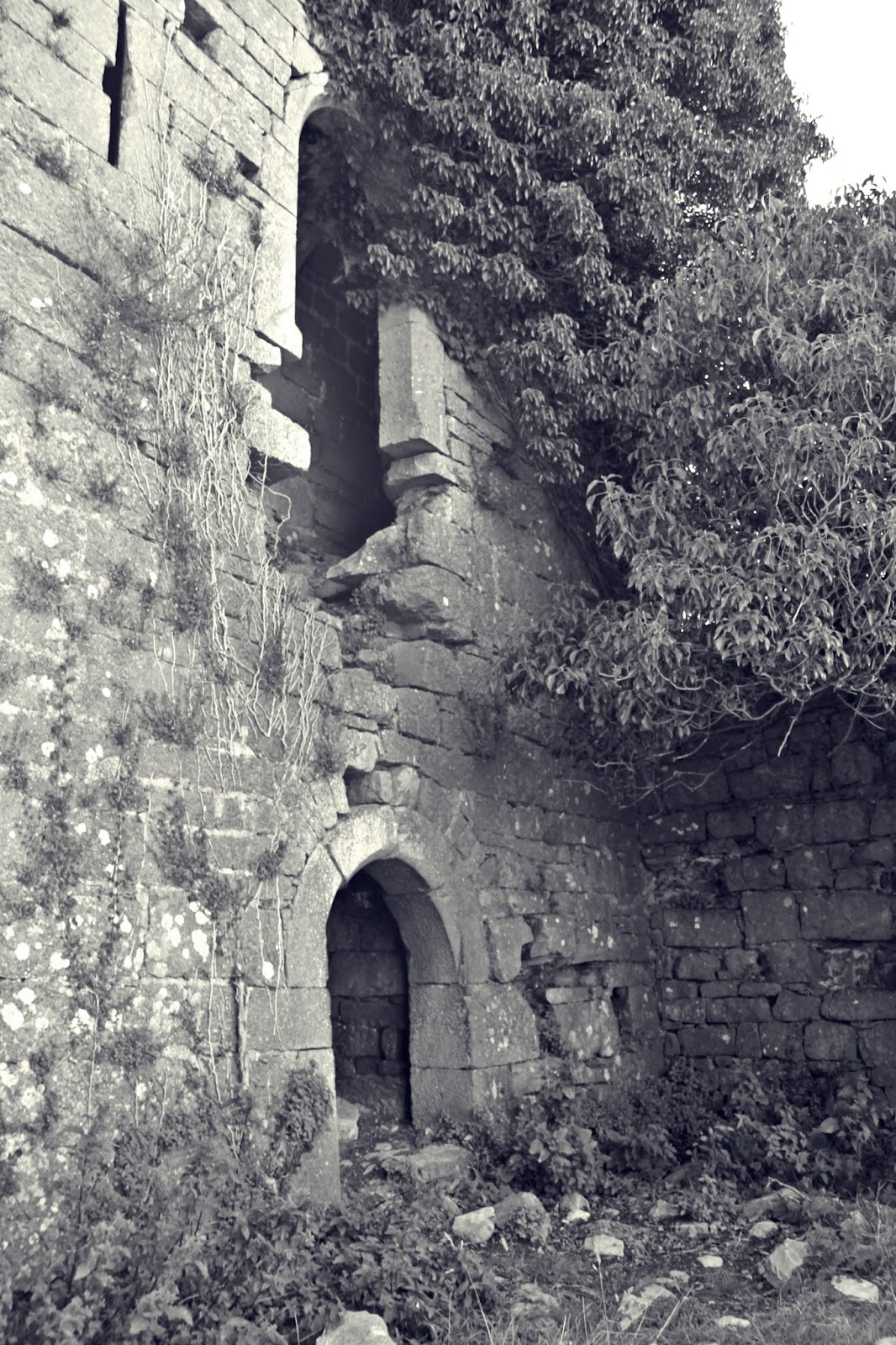 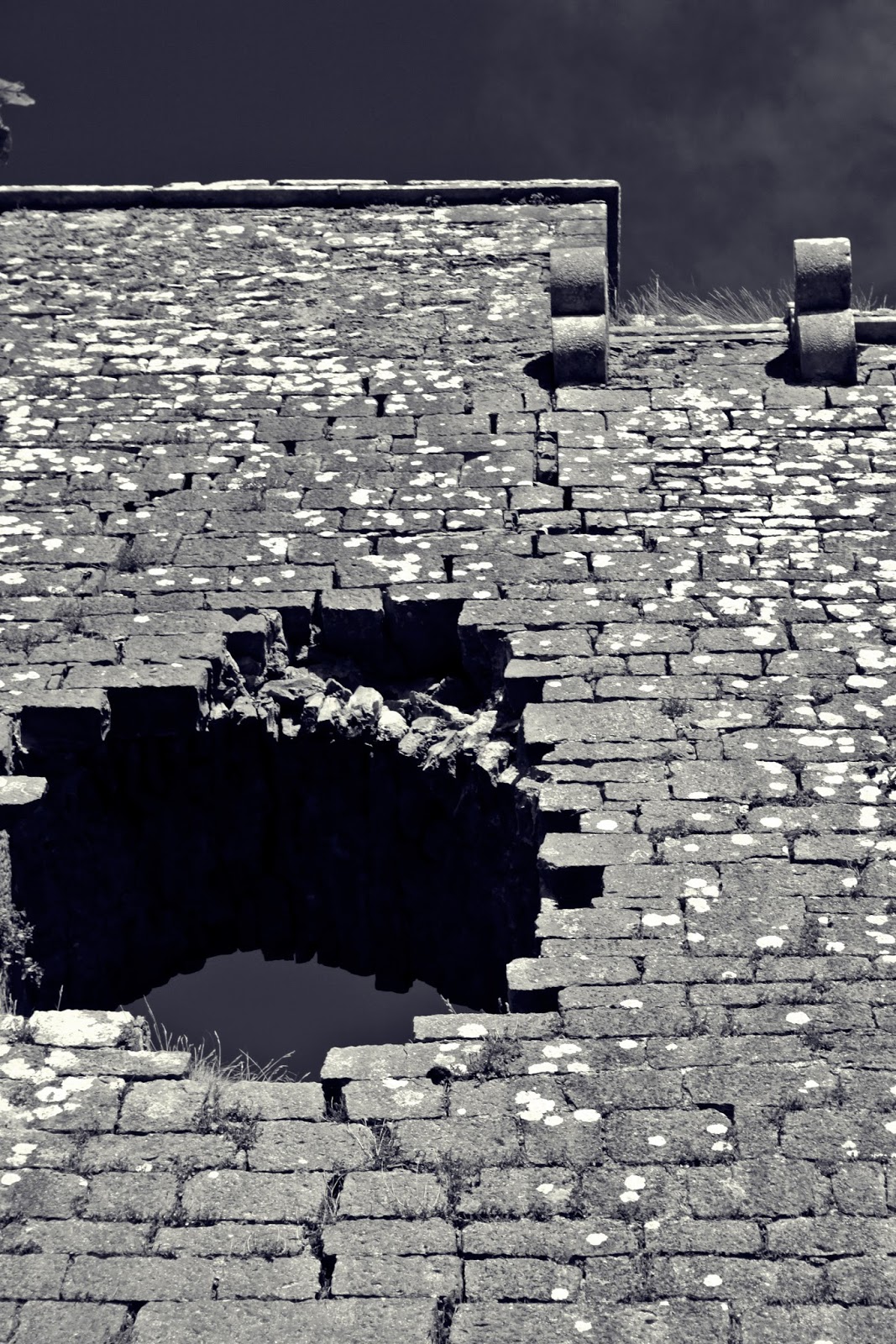 Ballinduff Castle Co Galway can be found just off the main Galway Headford  N84 road in the parish of Kilcoona.
This 14th Century tower house is said to have been built by the DeBurgo family.
The Castle ruin is located very close to what remains of an earlier monastic settlement.

Ballinduff Castle is mentioned in the "Annals of the Four Masters" for a battle between The Clanricarde and Red Hugh O'Donnell who was aided by the Mayo Burke clan.  Red Hugh was victorious in the battle against The Clanricarde.

The castle is recorded as being sold to the Skerrett family in the late 16th Century.

Access- you can see the castle from the N84 (on your left going towards Headford).
To get to the ruin turn left on a bad bend, drive for approx 1 km and take another left.  A few hundred metres just past a large house on the left you should see the castle through a field gate.

Posted by Tony Mulraney at Tuesday, January 21, 2014 No comments: