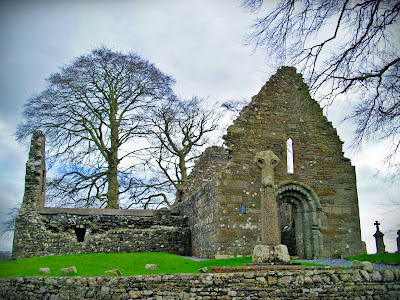 Monaincha Abbey is located on what used to be an island in a bog.The principal remains are of a church with Romanesque features and a High Cross. The Abbey is built on the site of an earlier 8th century Monastery, the High Cross was erected in the 9th century, and the head was added in the 12th. In the Annals of the Four Masters it was described as the 31st wonder of the world. this was as a result of the Island being known as the Island of the Living, the Island on which no one could die. The abbey is about a two mile drive from Roscrea and is well sign posted, the site has a magic atmosphere that will stay with you long after your visit.