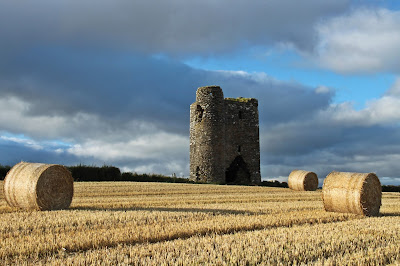 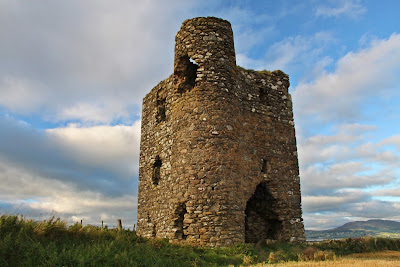 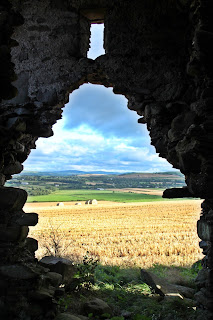 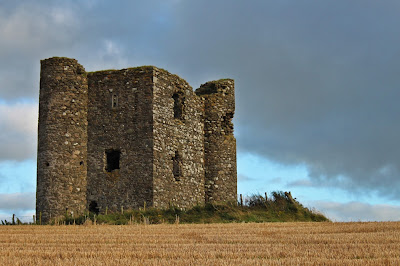 Burt Castle stands proud on a hill called castlehill overlooking Lough Swilly.
The castle is thought to have been built  in the the 16th Century, during the reign of Henry VIII.
Coinage which dates from Henry VIII's era & with the armorial bearings of The O'Doherty's has been found close by.

The three storied castle is built from rough rubble and all of the inner floors have fallen in.
The quadrangular structure has circular towers at its alternate angles, with the walls said to be 1.5 meters thick at the base.
The towers can be climbed with some care and give you an idea as to why Burt still stands strong.

Access:-
The ruin is on private land.
I came off the N13 - the main Derry Letterkenny  road, (castle can be seen from this road).
I managed to come at the castle from the side, so a stiff climb, a ditch, some nettles and a barbed wire fence accounted for the first field  with the second field similar but without the stiff climb.

Posted by Tony Mulraney at Thursday, September 26, 2013 No comments: