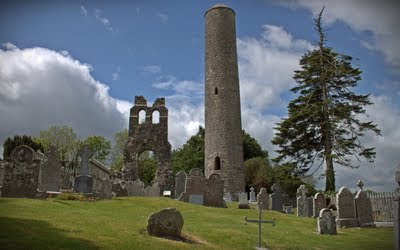 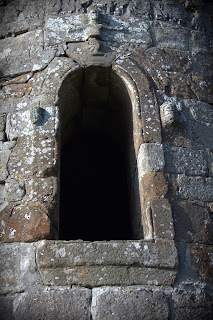 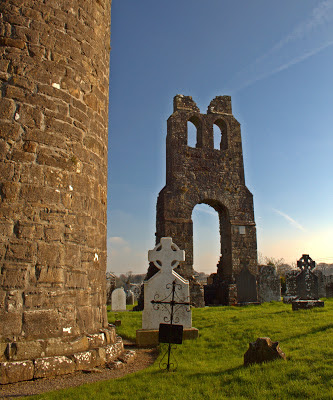 A monastery was reputedly founded here in the 5th century by St Patrick, who placed it in the care of St Cassan.
The Round Tower was not built until the 10th century.
It is well-preserved, but its upper part was badly restored in 1841.
The four windows which normally face North, South, East and West at the top of the Round Towers are missing here.
The stone at the top of its roof is also missing.
The doorway, which is about four metres above ground level might not be original.
It has a carved surround with a Crucifixion with twisted legs on the keystone, and a head facing outward from each of the jambs.
The ruin (beside the tower) is of a 15th century church, which gives the site a very Tim Burton like look.