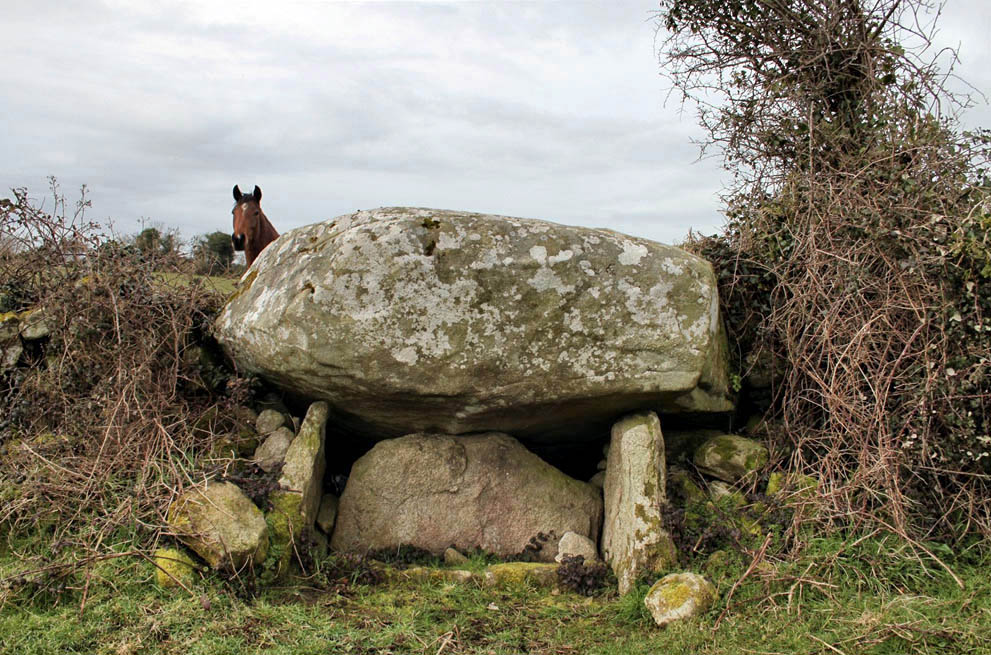 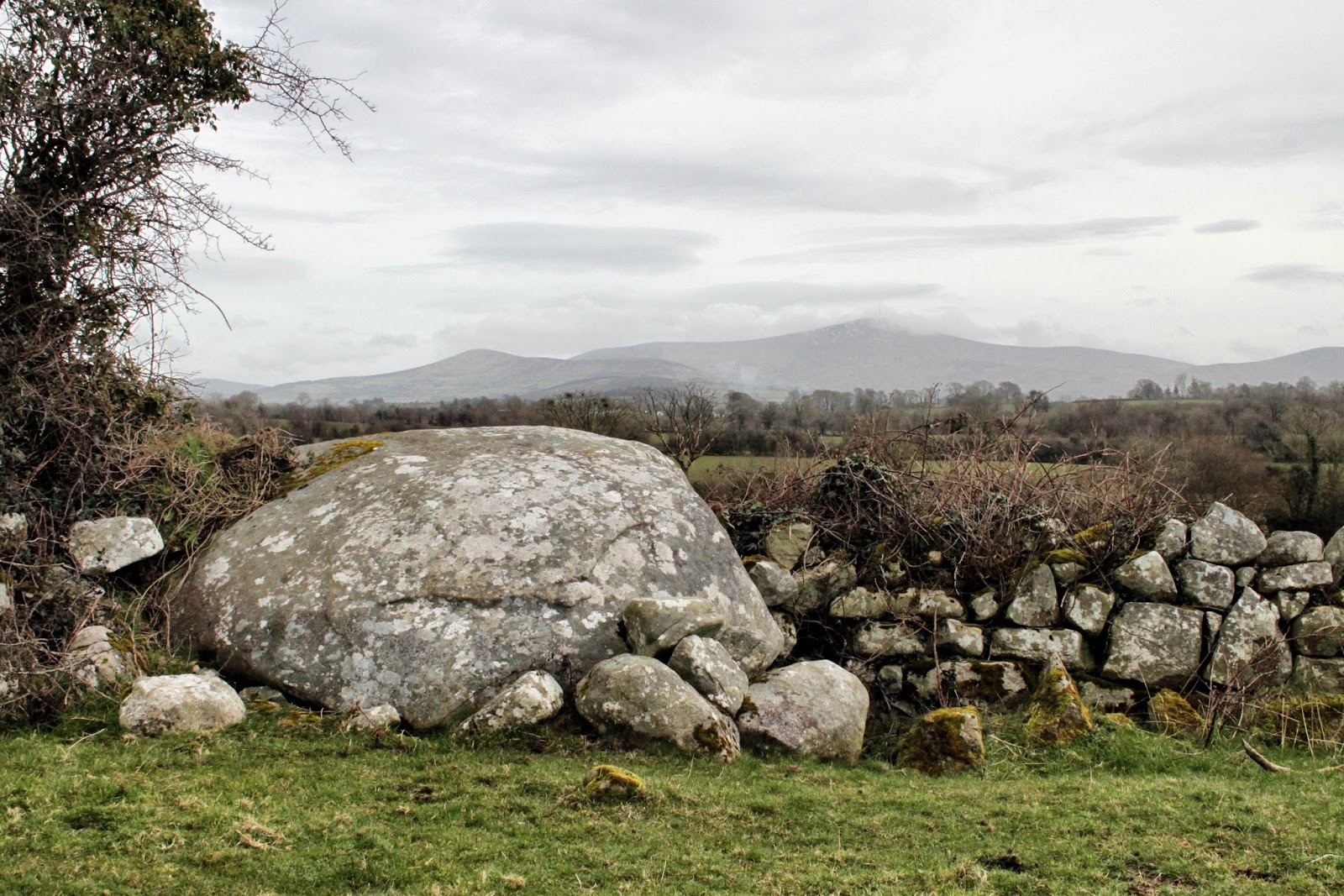 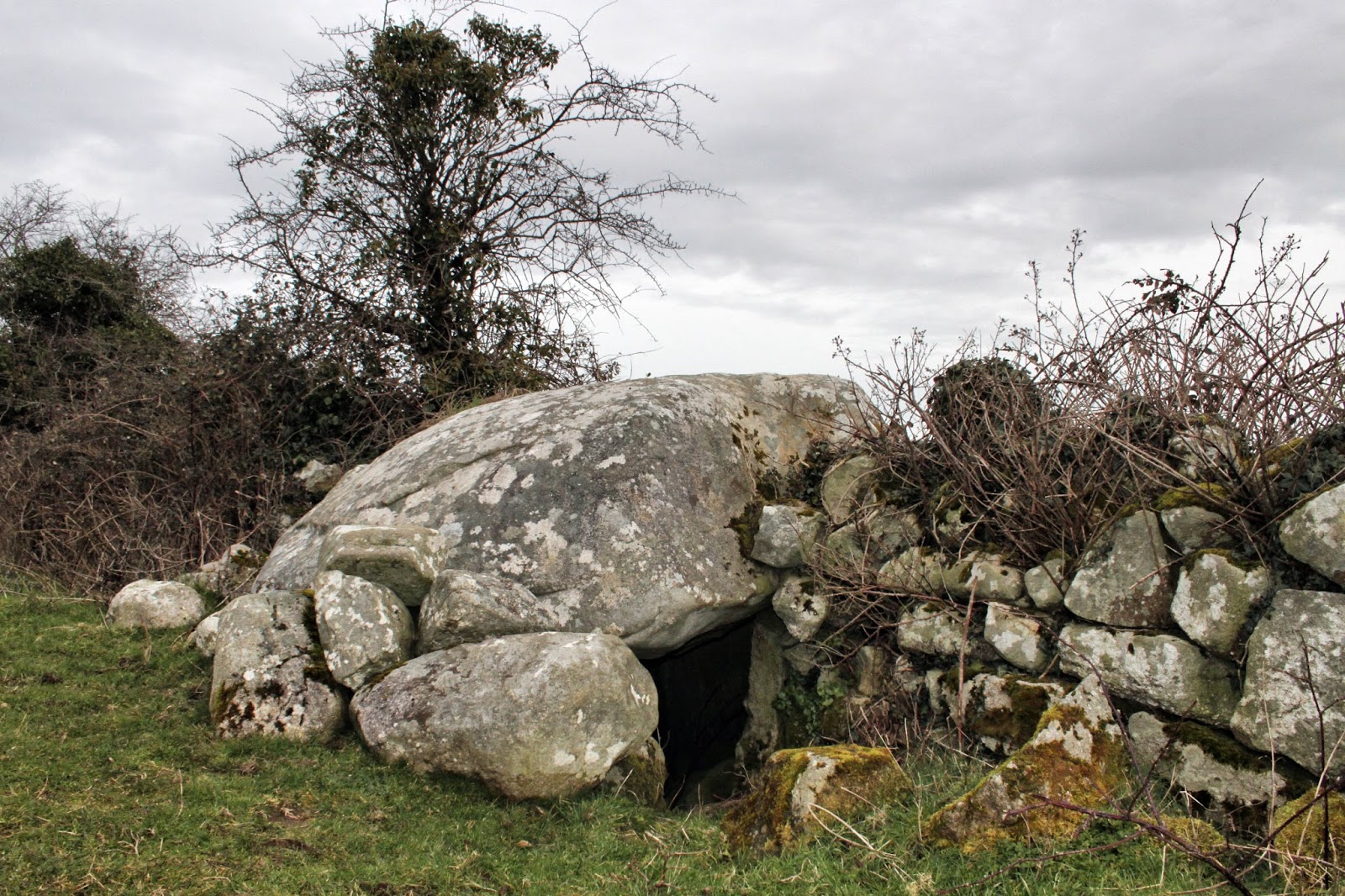 The real star of the show here at Ballygraney Portal Tomb (apart from the photo bombing horse) is the giant capstone that sits on this tomb.
The capstone is close to 4 meters in length and  just over 3 meters in width.
This massive stone viewed from the back looks like a huge turtle shell (ninja like).

From the back of the tomb at the side it is possible to climb down into the tomb.
From the the inside you can see the side stones of the tomb which has three on each side.
Sorry to report but I could not get any images of the inside of the tomb as it was very overgrown (and was being used to store animal feed bags).

Finding this great tomb has been the highlight of my few visits in 2014 (so far), this was thanks to the great Megalithic Monuments Of Ireland   web site where I first came across this superb tomb.

Access - Is going to be your main problem I called to the farm whose land the tomb is on and I was being refused point blank permission to go and look at the tomb.
On the point of leaving I happened to ask a question which resulted in the owner and myself having a mutual acquaintance in common (this got me the go ahead to visit the tomb).

Posted by Tony Mulraney at Thursday, April 10, 2014 No comments: