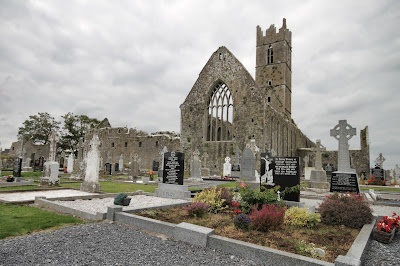 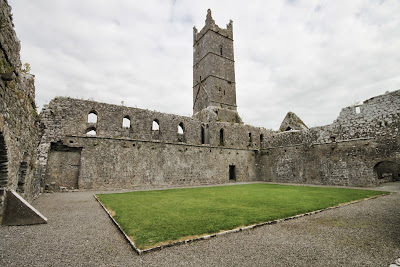 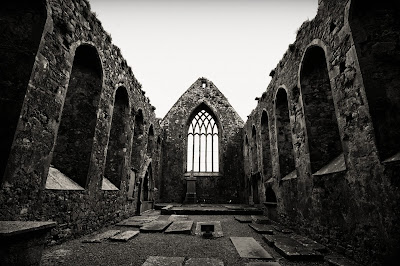 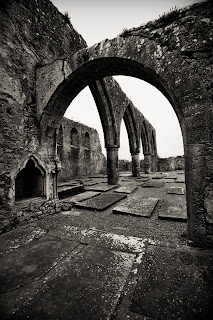 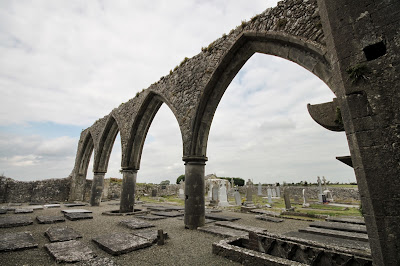 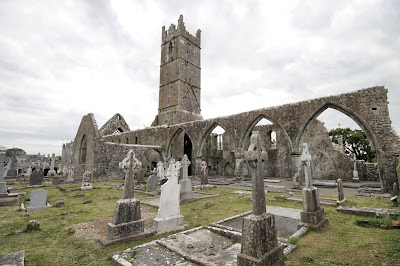 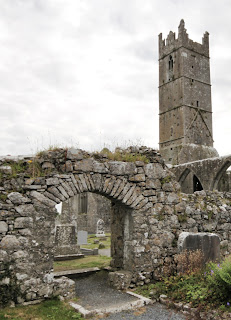 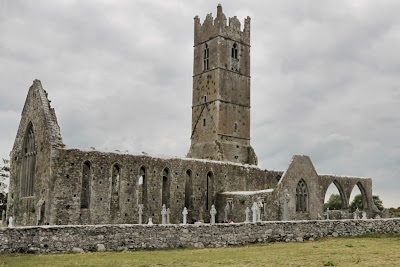 The Friary dates back to the 13th Century and was built by John de Cogan.
The Franciscan community lived under the patronage of the de Cogan clan until 1327, when
de Cogan gave them the building and surrounding lands.

The following years saw the friary flourish in numbers and wealth.

The ruined state of the friary is mostly a result of two major happenings in the 16th Century.
In 1538 Henry VIII sent Lord Leonard Gray to Galway.
It is recorded that the friary at Claregalway was rifled by Gray’s troops on their way to Galway.
In 1589 Sir Richard Bingham, the English governor of Connaught,  cleared the friary and used the building as a barracks.

By 1641 the Franciscans had returned to the friary.
A failed attempt was made to rebuild.
From then on their numbers declined so that by 1838 the friary was down to two members.

The Franciscan friary consists of a nave,choir, north aisle and transept.
The square bell tower is the most striking feature of the friary and is dated to the 15th Century.
It is 24 meters in height.
All other parts that survive today of the structure were built in phases during the friary's time of prosperity.

Access - The friary can be spotted from the main road (on your left) as you leave Claregalway heading north on the N17.
Parking can be found in the car park which is right beside the graveyard and ruin.

Posted by Tony Mulraney at Thursday, August 04, 2016 No comments: