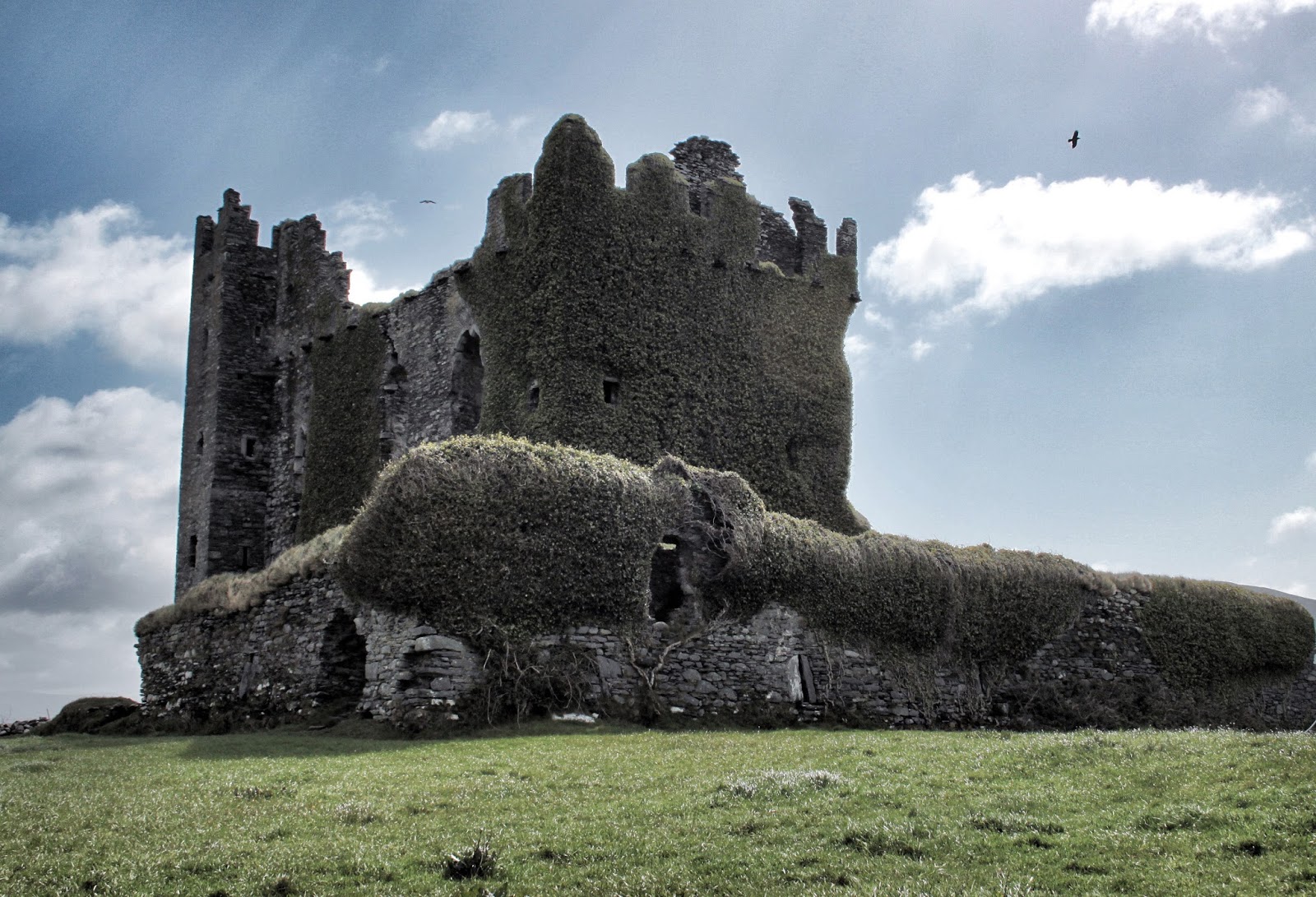 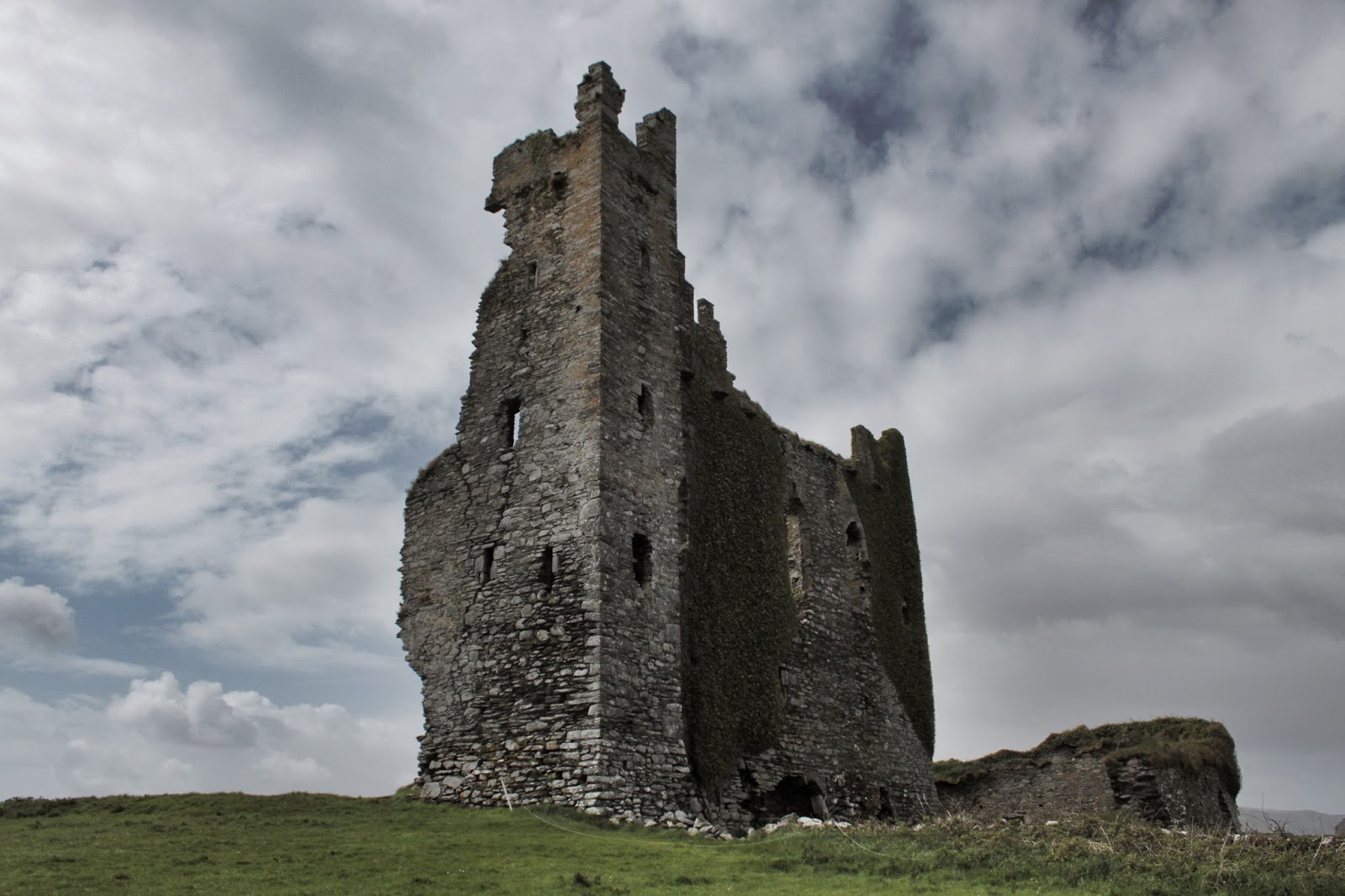 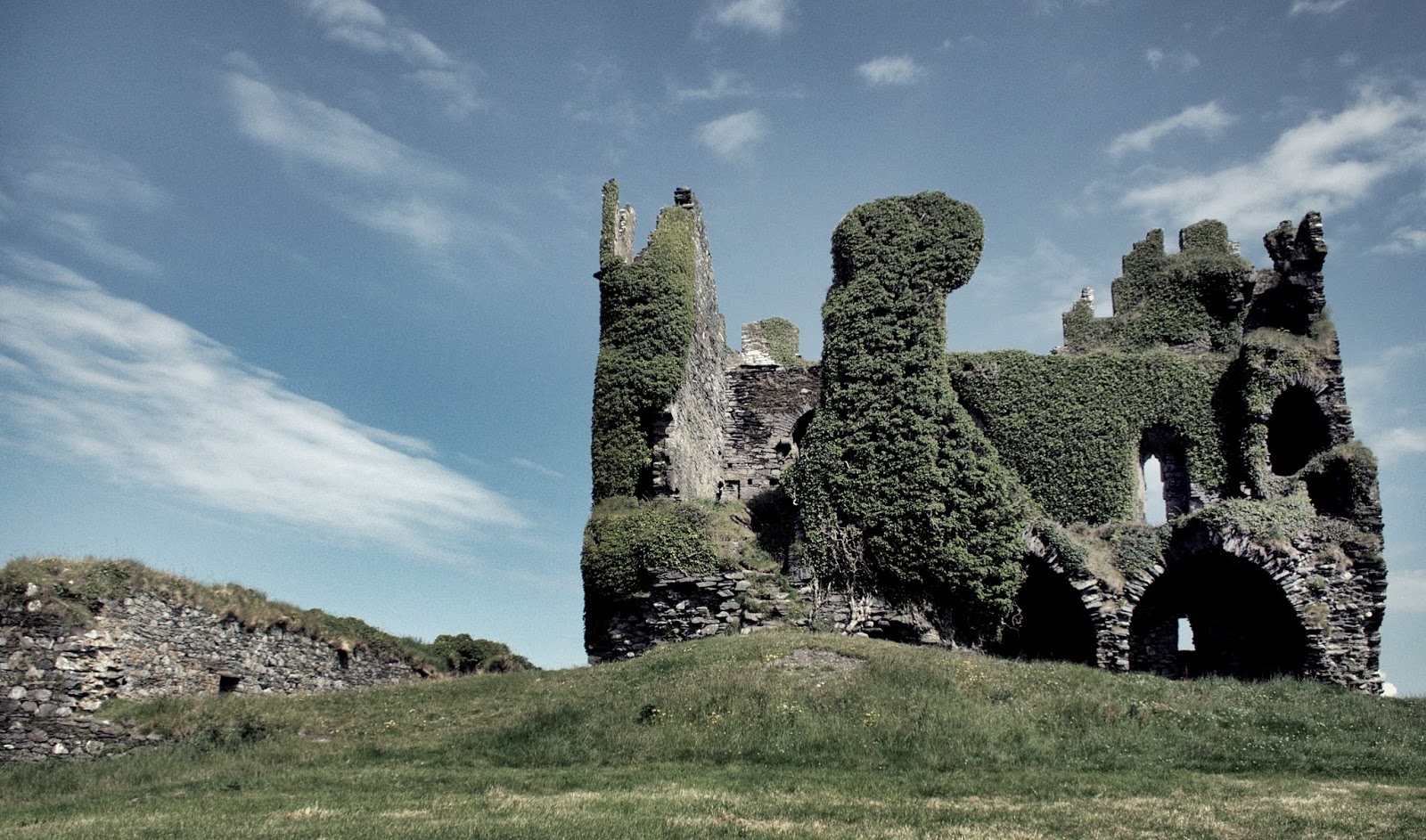 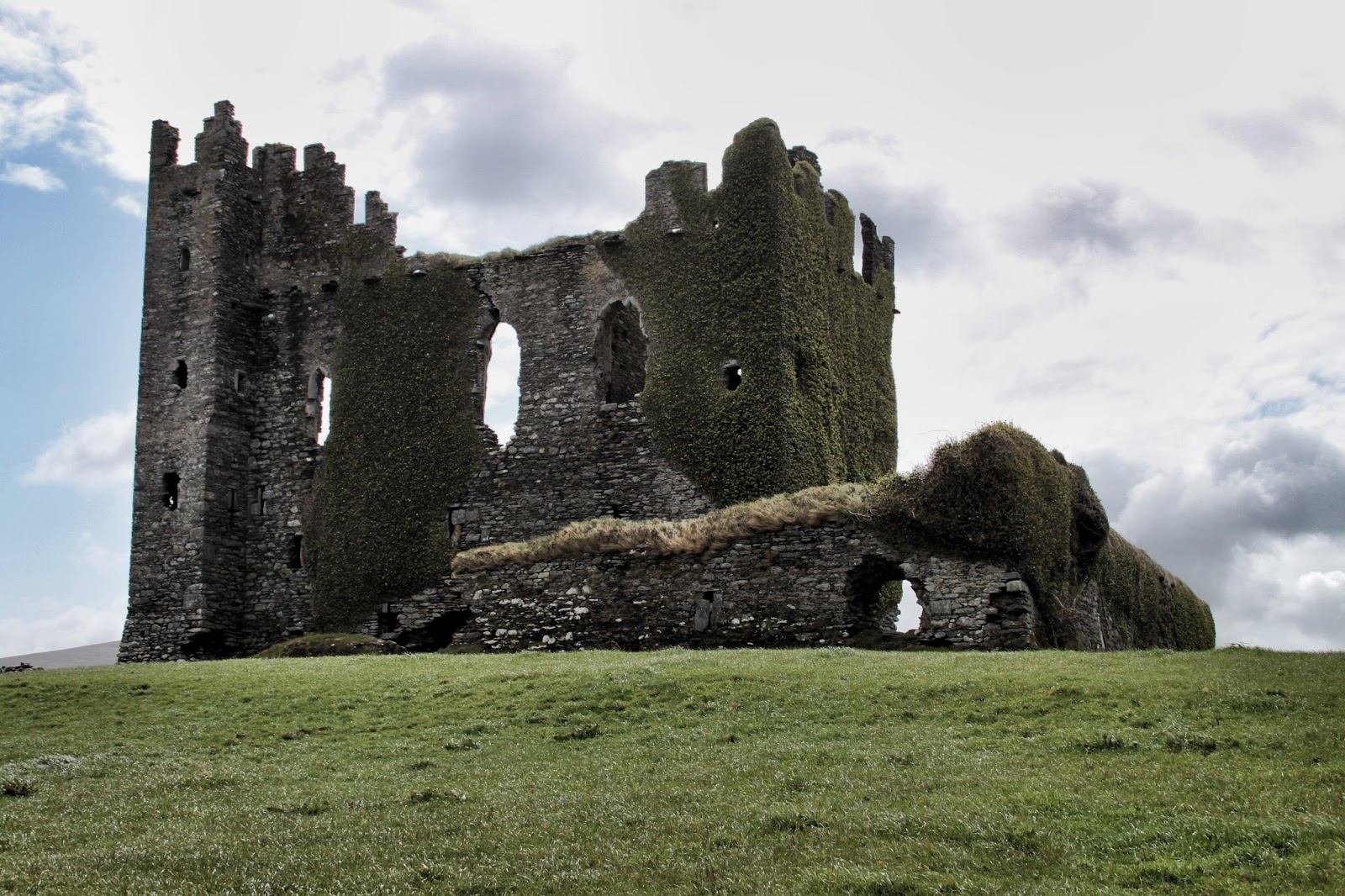 The stunning ruin of Ballycarbery Castle can be found a short drive from Cahersiveen Co Kerry.
The castle is dated from the 16th Century but is built on an earlier site thought to date from the 14th Century.

The castle was originally the seat of the MacCarthy Mor family.
Sources indicate that in the early 16th Century it was occupied by the O'Connells in their capacity as MacCarthy wardens.
From then the castle was passed onto Sir Valentine Browne following the death of its owner Daniel McCarthy Mor.

The majority of the castle wall were destroyed by Cromwell's forces in 1652 when it was fired on with cannons.

What you can see today gives you an idea of what a fantastic site Ballycarbery was when intact.


It would seem that this part of history has been forgotten as the ruin is in quite a bad state and in need of restoration.

Access - Parking can be found for a few cars quite close to the ruin.
The field the castle is in can sometimes have cattle in it so you will have to duck under a wire fence to get up close.

If you have time, you will find close by Cahergal Stone Fort  which is well worth checking out !


Posted by Tony Mulraney at Tuesday, February 04, 2014 No comments: