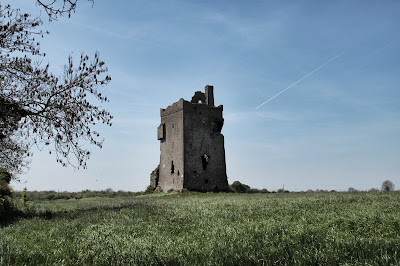 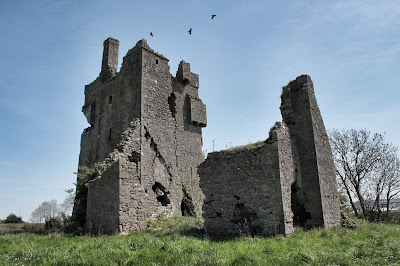 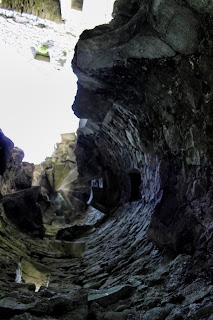 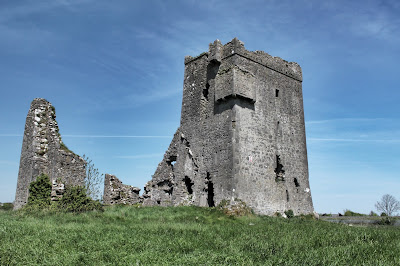 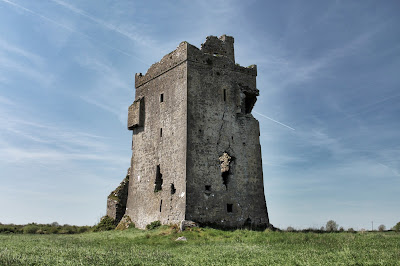 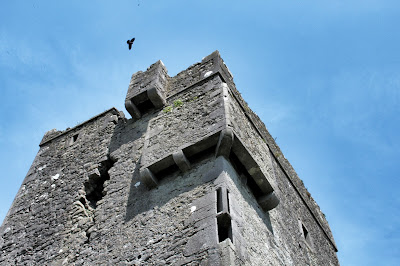 The striking but dangerous ruin of Srah Castle can be found a short walk from Tullamore town along the Grand Canal.

Built in 1588 by John Briscoe (an Elizabethan officer from Cumberland).

The four storey tower is 20 meters high and has the ruin of a 17th Century house attached on the NW corner.

Some of the features of this ruin are a Bartizan, gun loops and a Machicolation (which was used for dropping rocks and boiling liquids on attackers of the castle) Image 6 shows these features.

Despite being well fortified the castle was badly damaged in 1650 in the Cromwell campaigns.

The inside of the ruin has a broken spiral staircase (image 3) this may have been broken recently on safety grounds.

Access - The castle can be spotted as you walk along the canal, an easy enough fence to climb brings you into the field where the ruin is.