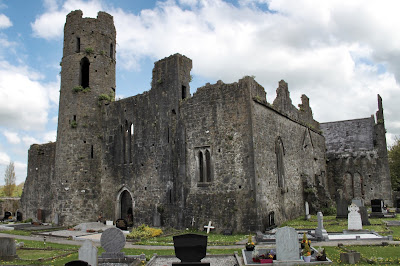 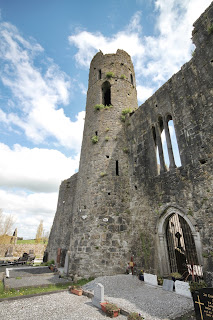 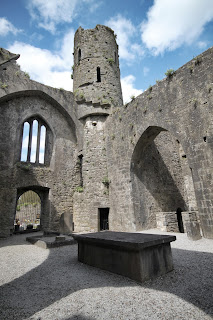 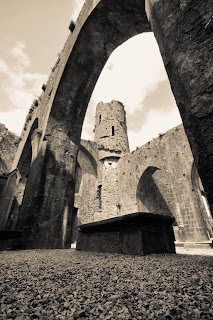 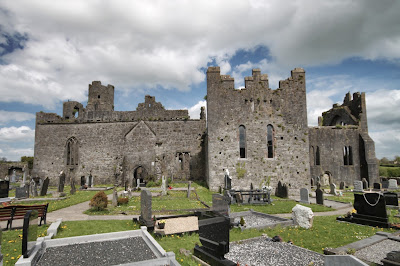 This much altered round tower is all that remains from an earlier site that dates back to the
7th Century Monastery built by St Mocheallog.

The round tower is dated sometime between the 10th and 11th Century and has now the later west wall of the church built around it.

The towers original stone work can be best viewed from outside the church at the base (image 2).

From a couple of meters up the tower changes in masonry and appearance, with the medieval work carried out on the tower becoming more obvious the higher you go.

The round tower of Kilmallock has been much altered and as a result is very different from other towers to be found in Ireland.

The Collegiate Church which is dedicated to St Peter and St Paul was built in the 13th Century.

As I was stuck for time on the day of my visit and was intent on making the tower shots a priority I did not get to explore the church or any of the other great sites in Kilmallock.

Access - The tower is located just off the main street in Kilmallock, the streets are narrow but parking can be found without great difficulty.

Posted by Tony Mulraney at Wednesday, January 18, 2017 No comments: