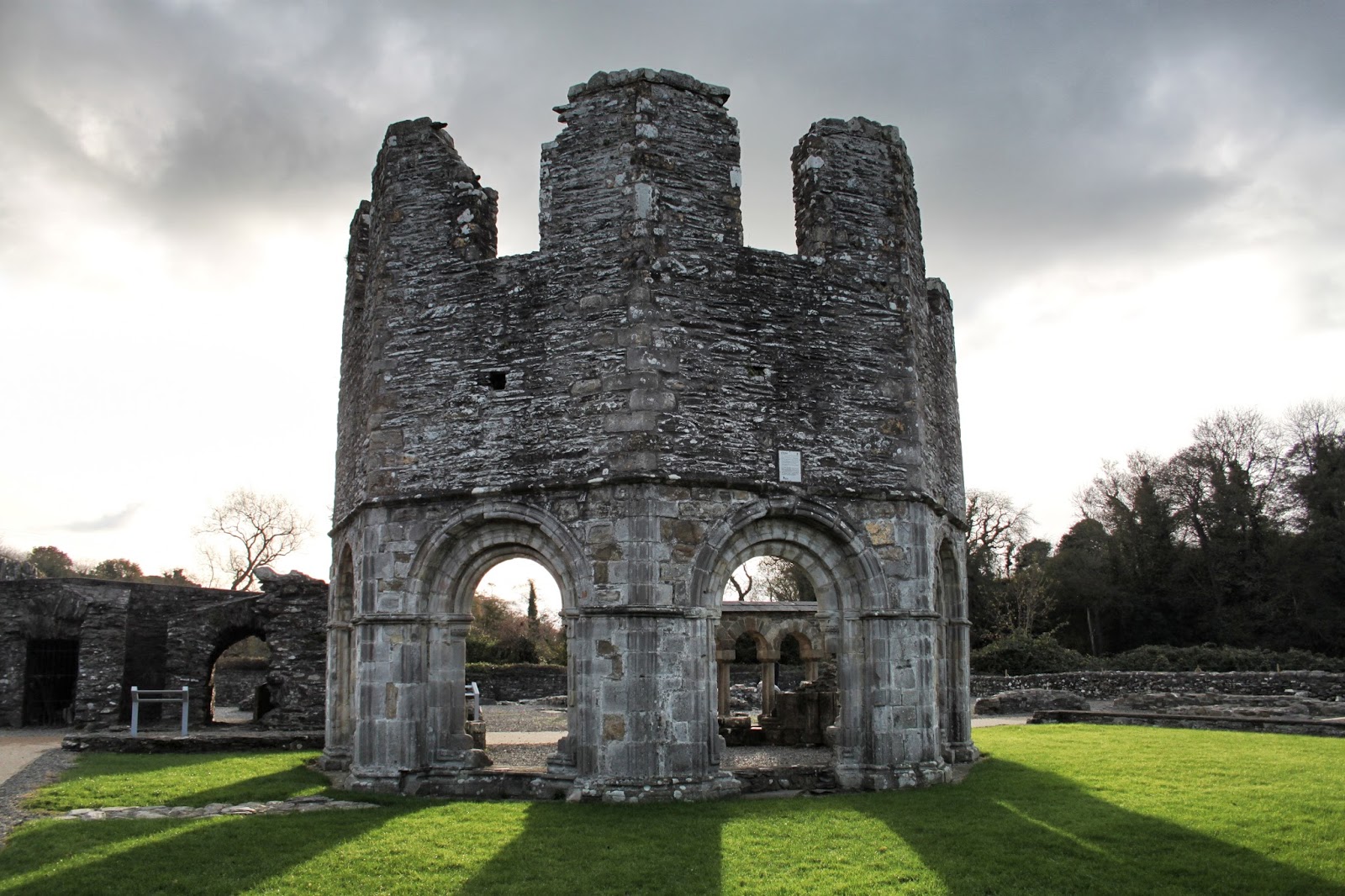 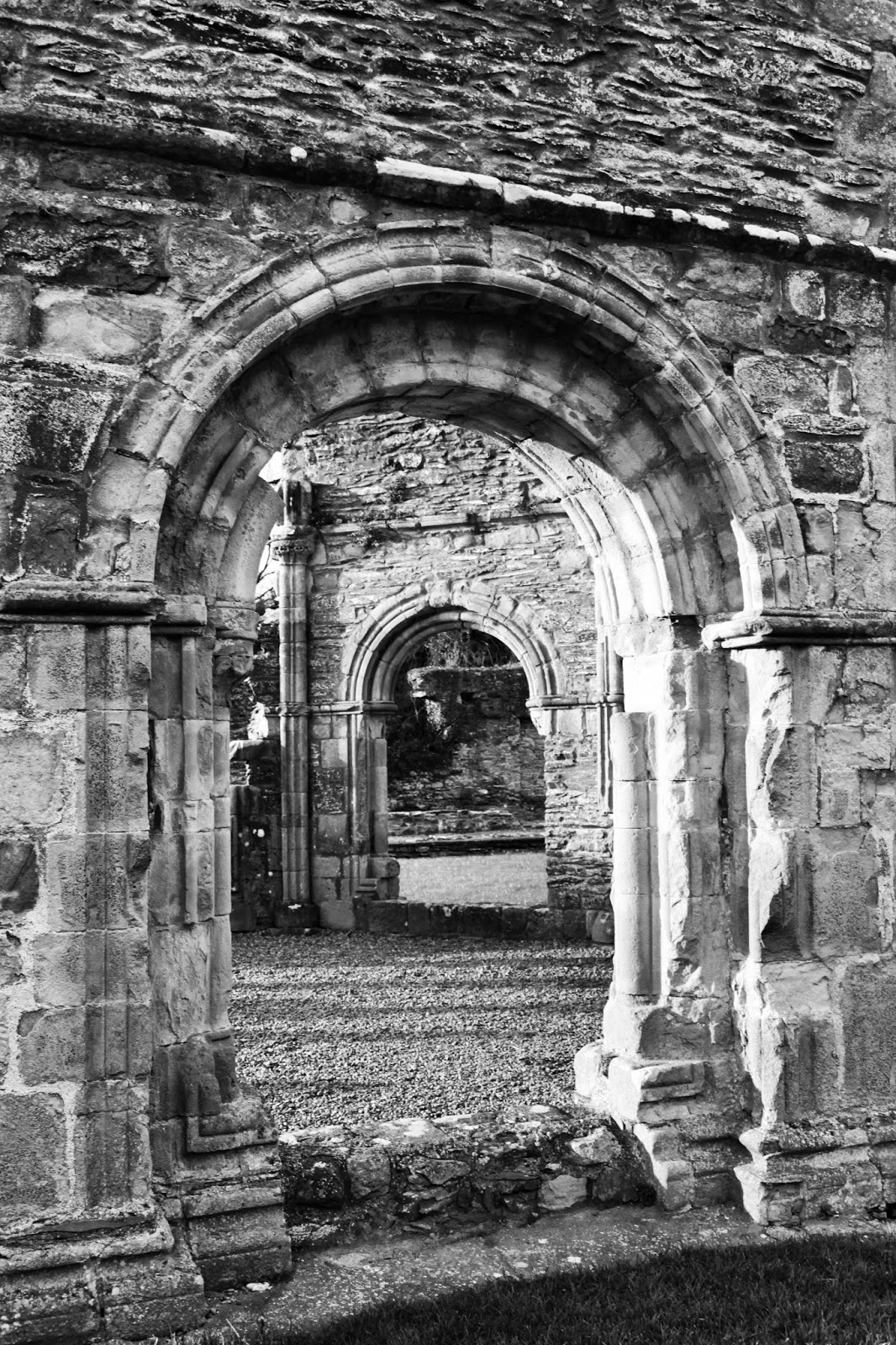 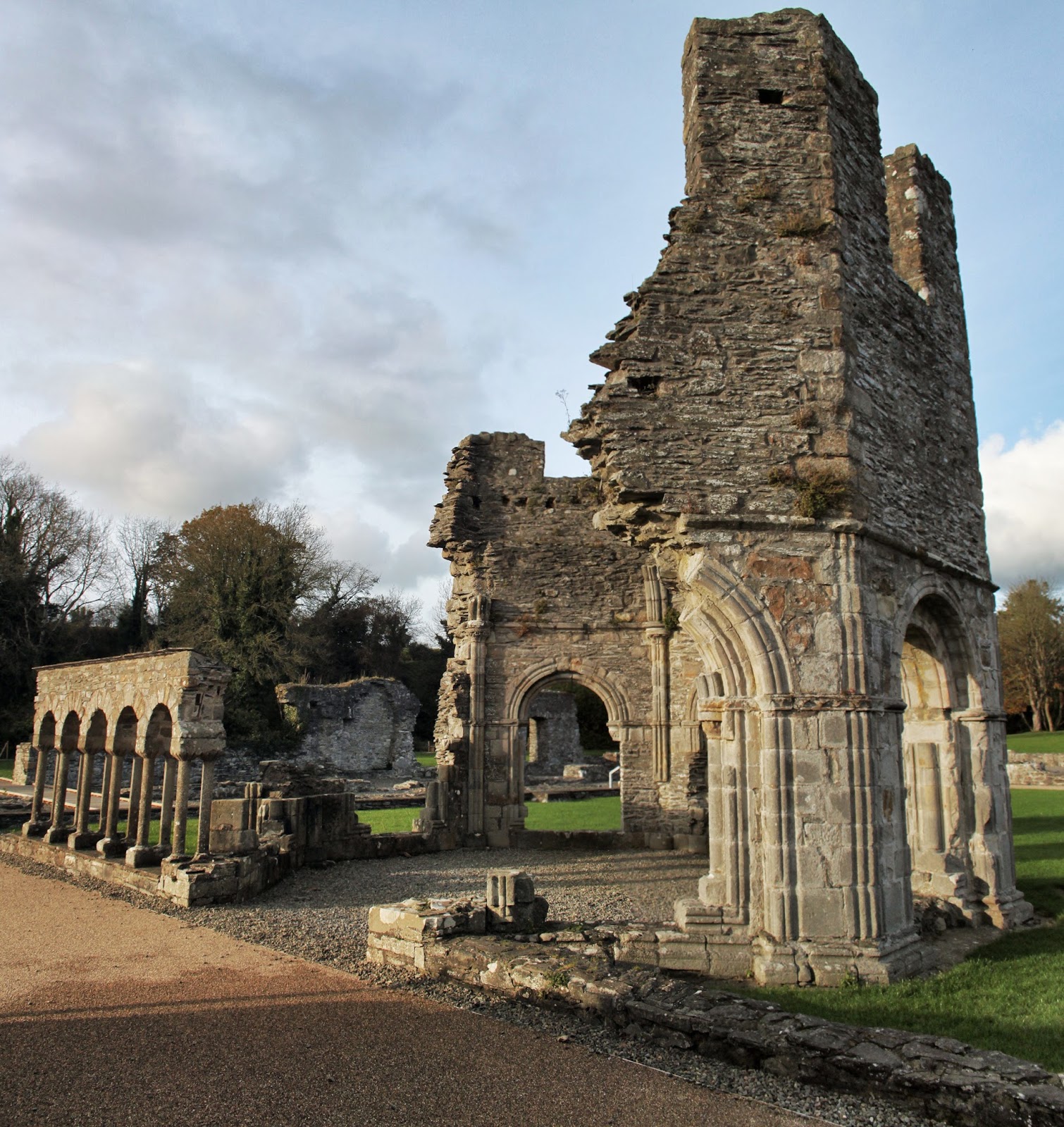 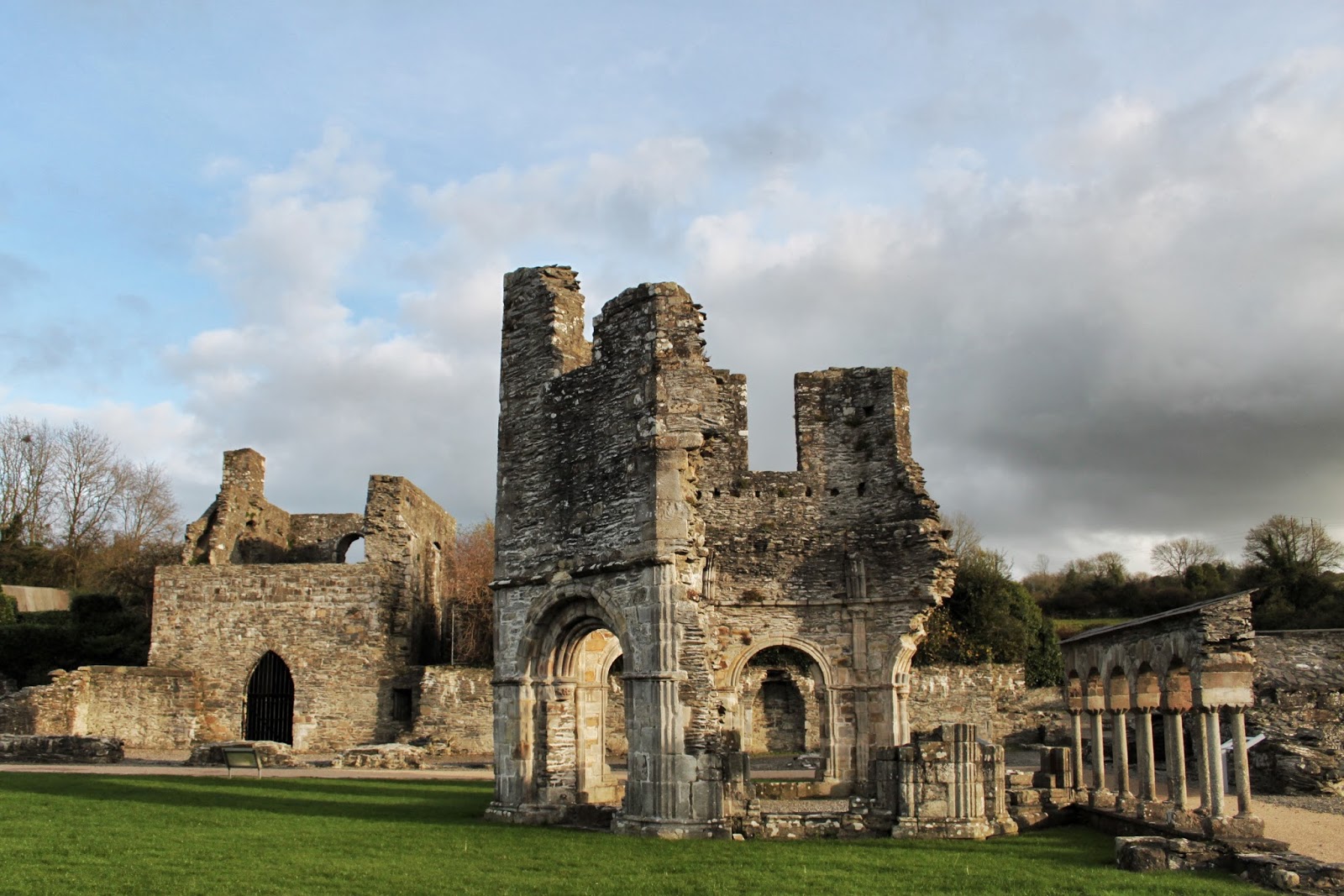 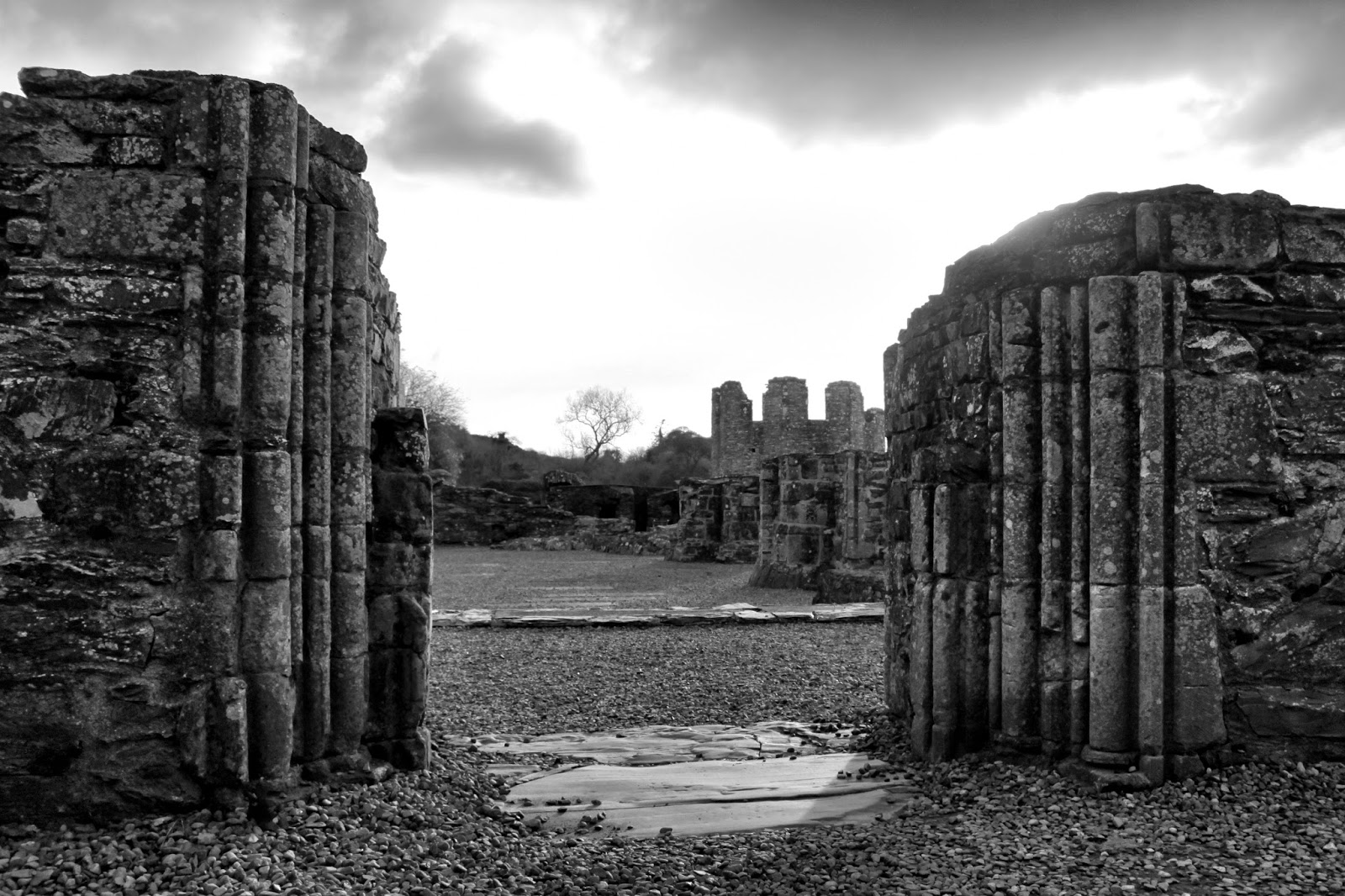 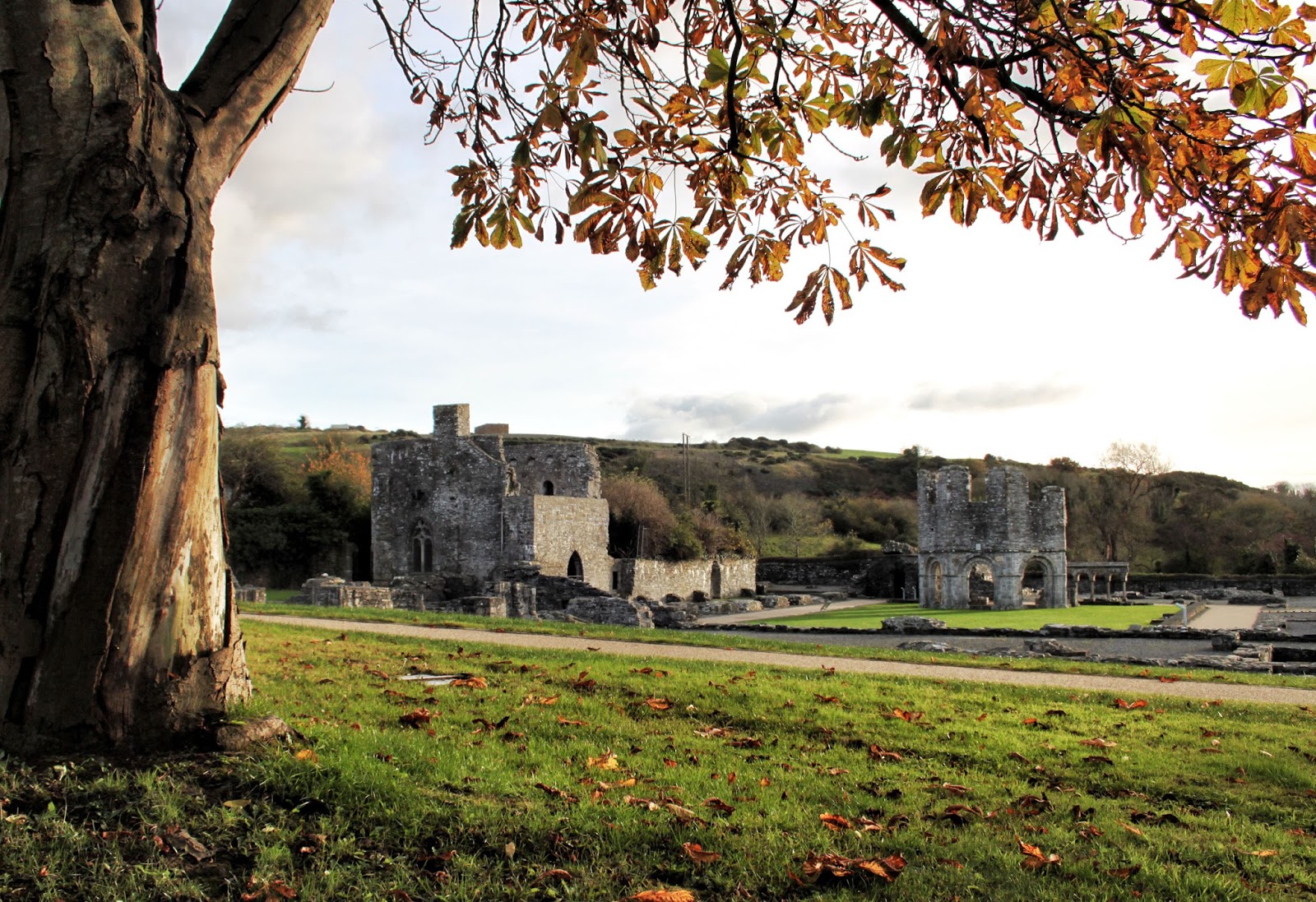 Such was the power of Mellifont, that many of the monks who started out in Mellifont went on to form many other cistercian monasteries in Ireland. More than 20 such abbeys were built during this period.

Mellifont despite some problems mainly flourished, this was mostly because of its size and the surrounding fertile land

In 1539 Mellifont became one of the first monasteries to be dissolved by Henry VIII.  Much of the abbeys brickwork was then used in the building of a fortified house.

William of Orange used Mellifont as a headquarters during The Battle of the Boyne in 1690.

By the 18th century Mellifont lay in ruin having long since been abandoned.

Taking a walk around the perimeter of what is left of the abbey it is not hard to imagine the many monks (upwards of 100) that were housed in this vast site.

The stand out feature of the site is the 13th century octagonal Lavabo.
This was used by the monks to wash their hands before prayer.
To the left of the Lavabo in image No 4  is a 14th century chapter house (this was closed on the day of my visit).
The site also has a gateway close to the main entrance.  Due to the time of year of my visit I was unable to access the field its in because of  marshy/boggy conditions

The visitors centre is open May to October, which is probably the best time to visit and not November as yours truly did.

Posted by Tony Mulraney at Thursday, November 20, 2014 No comments: