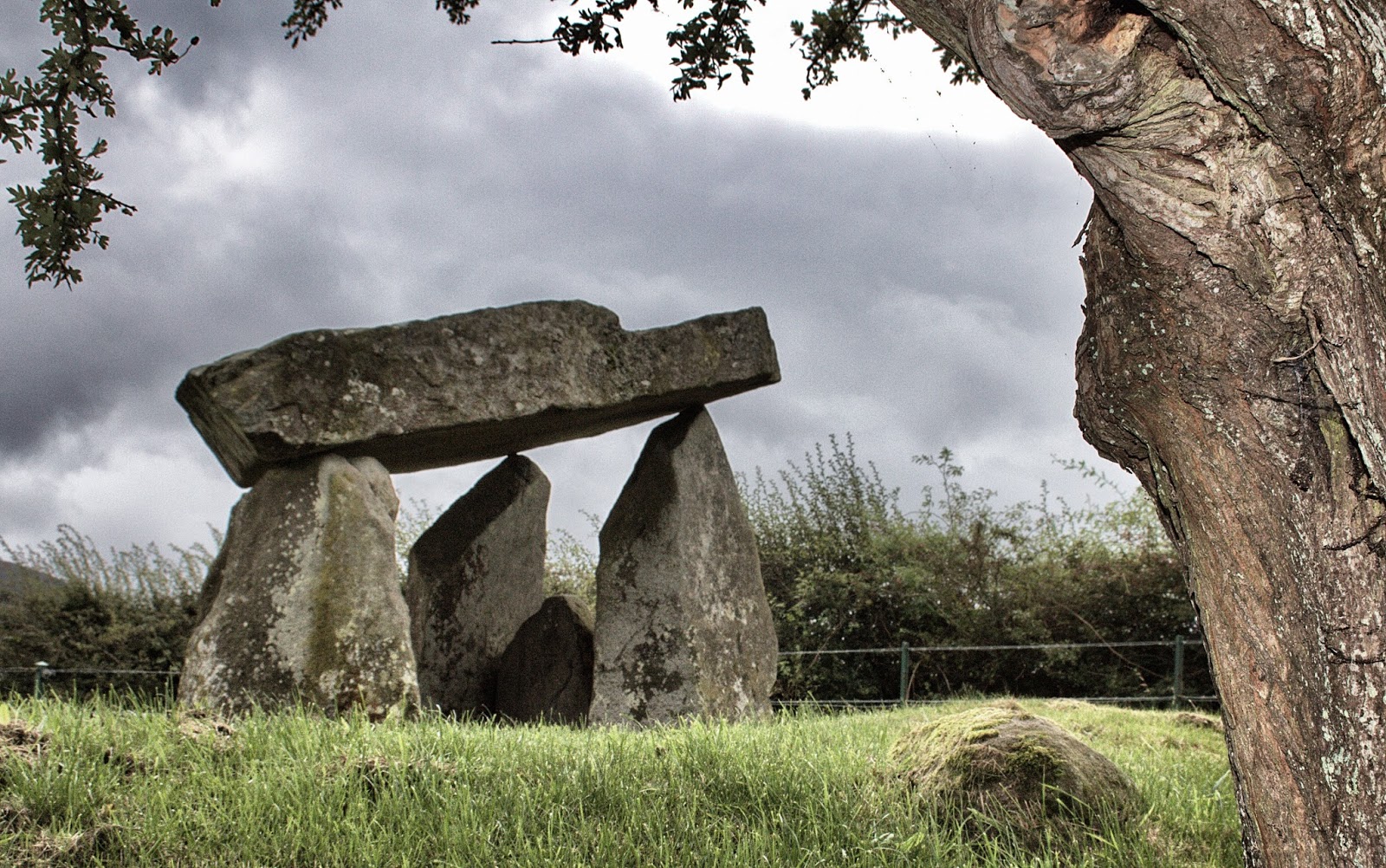 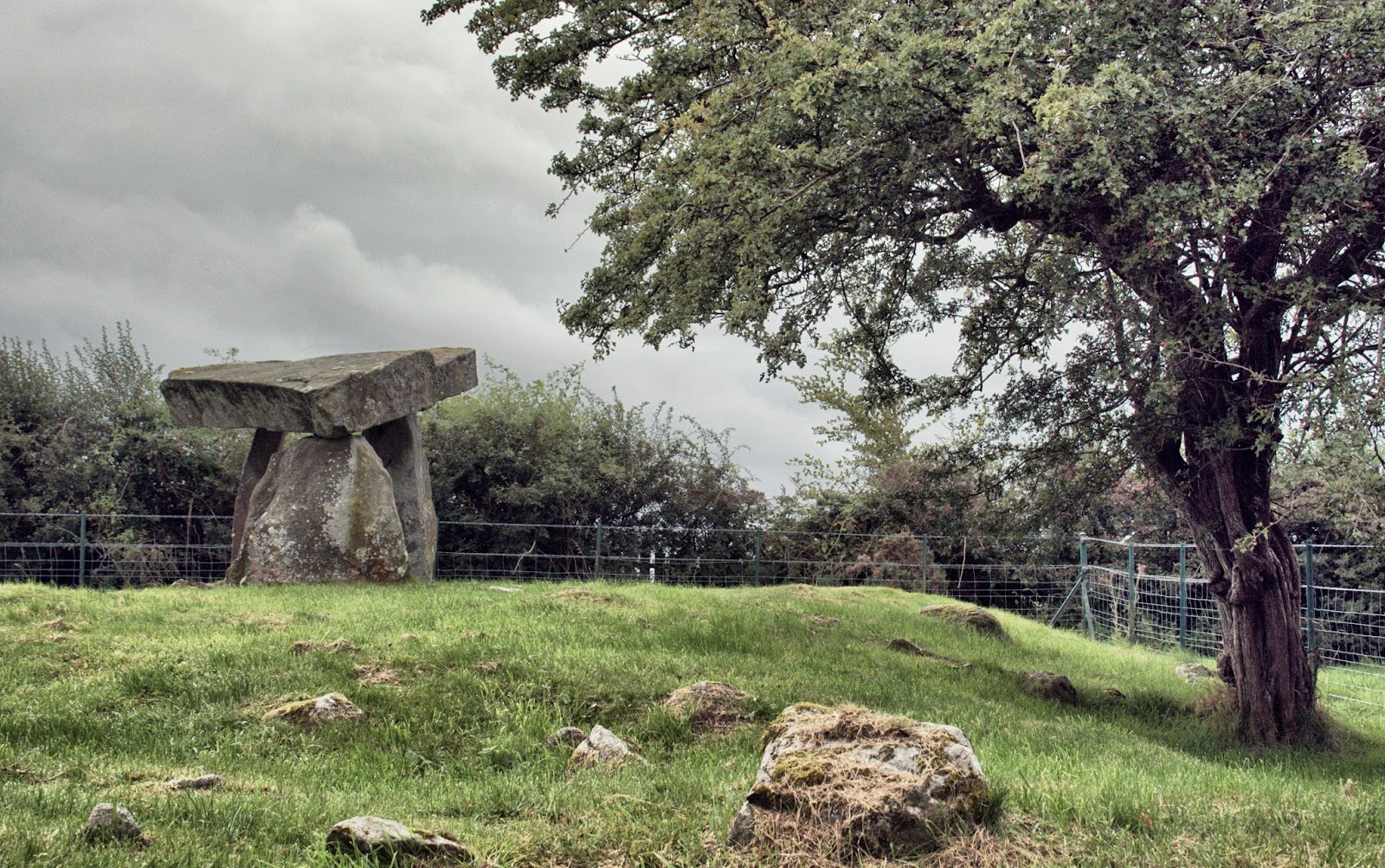 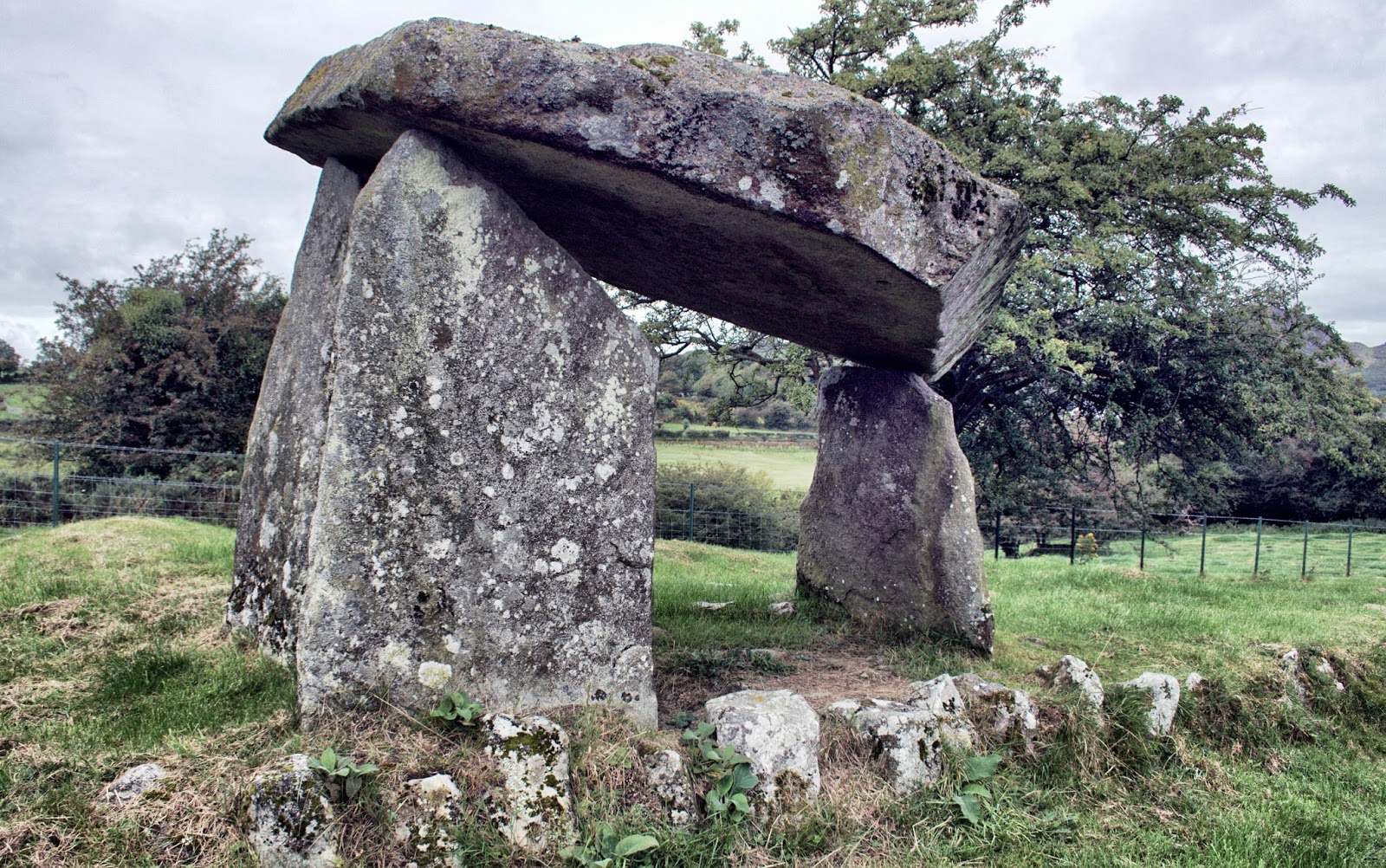 The superb Ballykeel Portal Tomb is just one of those magical sites that you will spend a lot longer than intended at.

The tomb which is of the tripod type has two upright portal stones with one back stone supporting the very large capstone.
The huge capstone is close to 3 meters in length and the two portal stones near 2 meters in height.

Some remains of the once large cairn that the tomb sits in can still be seen with several stones dotted around the enclosure.

The tomb was excavated in 1965.
Extensive restoration work was carried out on the tomb which had partly collapsed.

If your lucky enough to visit Legannany Portal Tomb you will notice a lot of similarity with both structures, but the capstone at Ballykeel is far more impressive.

Access - The site is a short drive from the M1and is well signposted from a couple of directions, parking is OK but the roads are narrow.