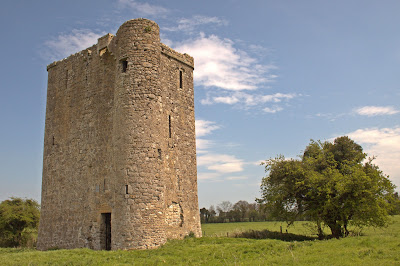 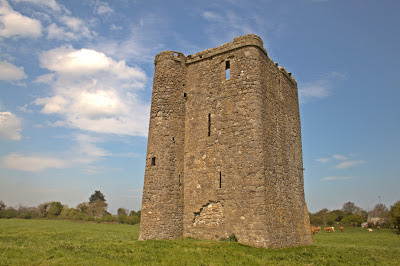 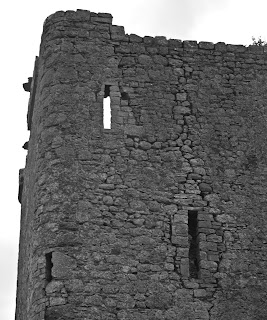 Donore Castle would appear to be one of the many £10 castles built at the behest of  King Henry VI - he devised a scheme in the early 14th Century whereby landowners would be paid for building a defensive tower to help protect the pale.
Donore is three stories high, all the corners are rounded with the south/west having a round tower with a crumbling spiral staircase inside.
The castle was  seized by Cromwellian forces in 1650 and many of the McGeoghegan clan (who had built the castle)  were slain in the process.
The castle (which is signed) is located just off the R161 as you travel from Trim to Kinnegad.
Posted by Tony Mulraney at Wednesday, May 29, 2013 No comments: