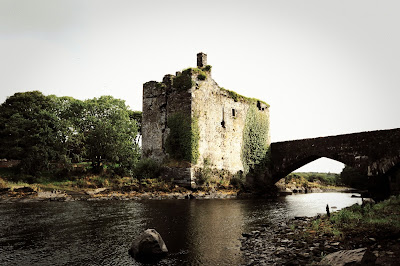 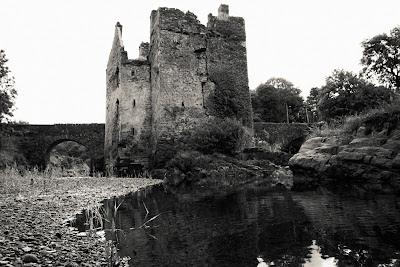 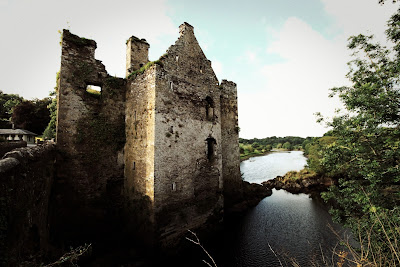 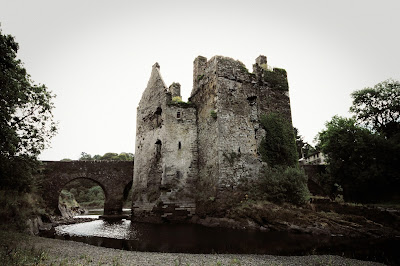 This very striking ruin is built on a rocky outcrop and has the river Lee flowing by.

Carrigadrohid is said (disputed by some) to have been built in the 15th century by the MacCarthys of Muskerry.

The castle is a three story tower.
It has a second story entrance via the bridge on the eastern wall of the ruin.

The Castle was besieged by Parliamentary forces in 1650.
Bishop MacEgan (Bishop of Ross) who had been captured by Cromwell's General was promised his freedom if he could persuade the garrison of Carrigadrohid Castle to surrender.
The Bishop is said to have urged the garrison to fight till the end, and told the men "to hold out to the last for religion and Country".
The Bishop was hanged from a nearby tree with the reigns of his own horse in view of the castle.

Carrigadrohid later passed into the ownership of the Bowen family who occupied it until it was abandoned in the mid 18th Century.

Access - Parking can be found close to the castle and if the weather is nicer than on my visit there is a picnic area right beside the river bank.

Posted by Tony Mulraney at Thursday, February 25, 2016 No comments: