Aghaviller Round Tower and Church 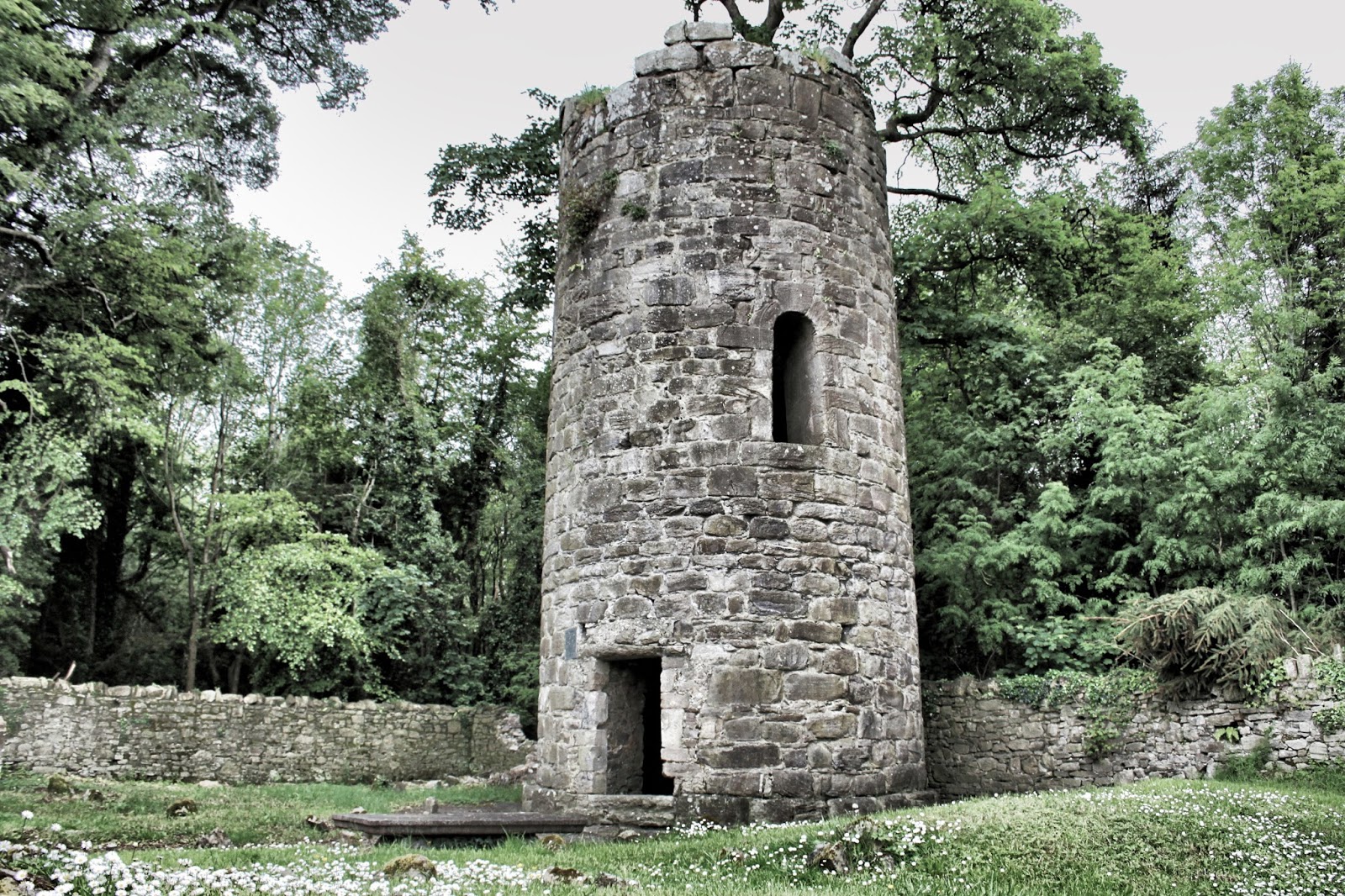 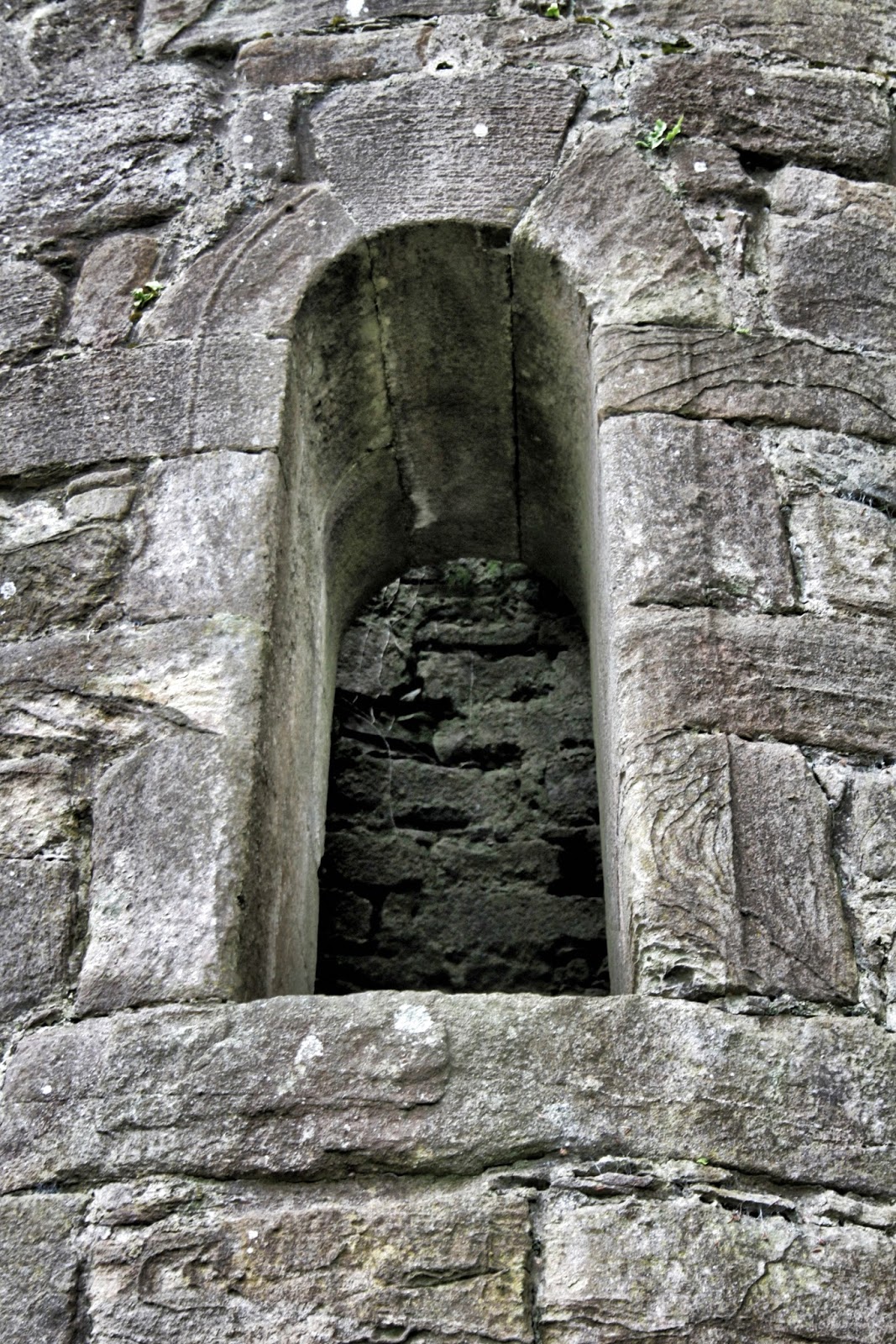 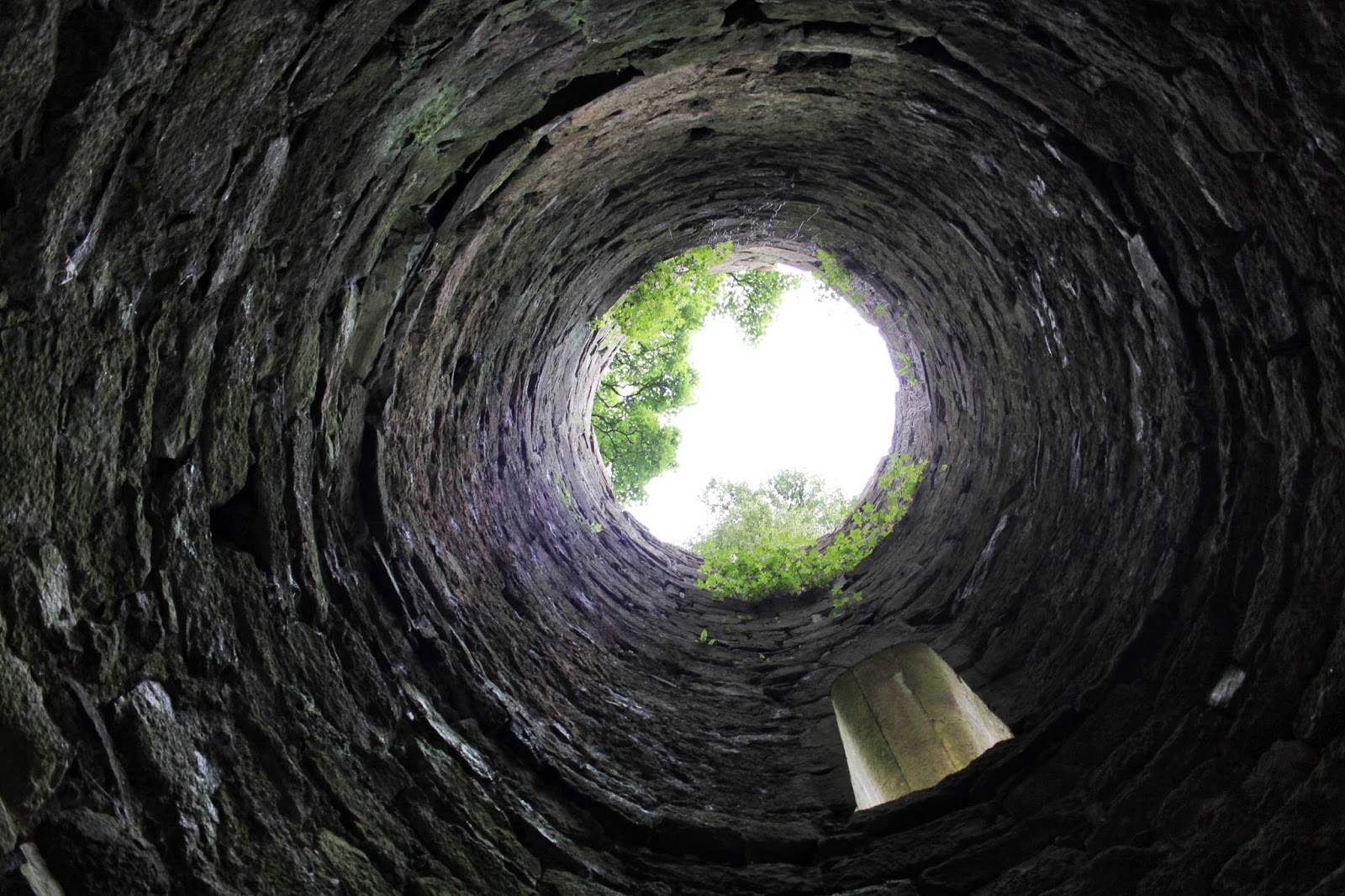 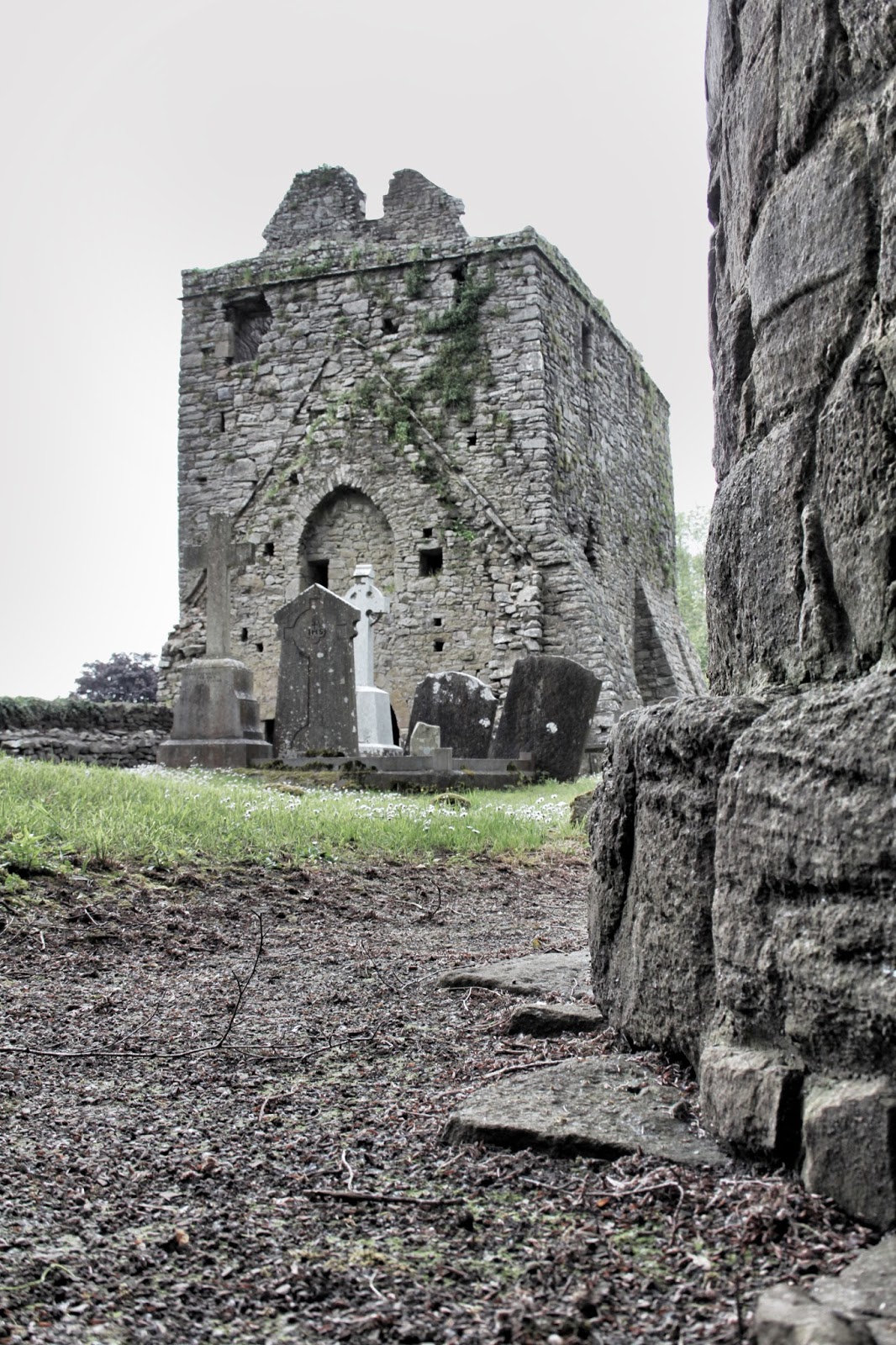 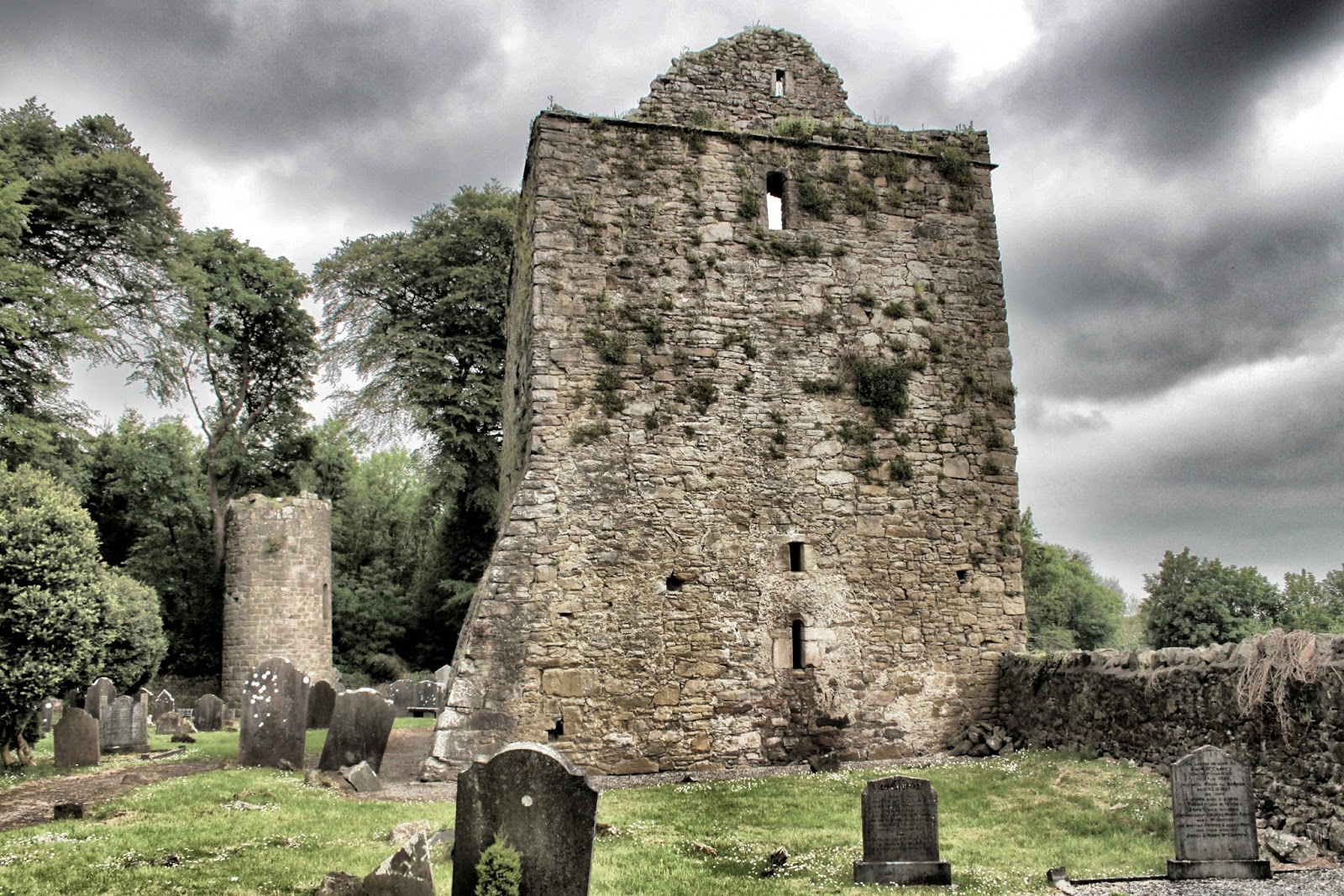 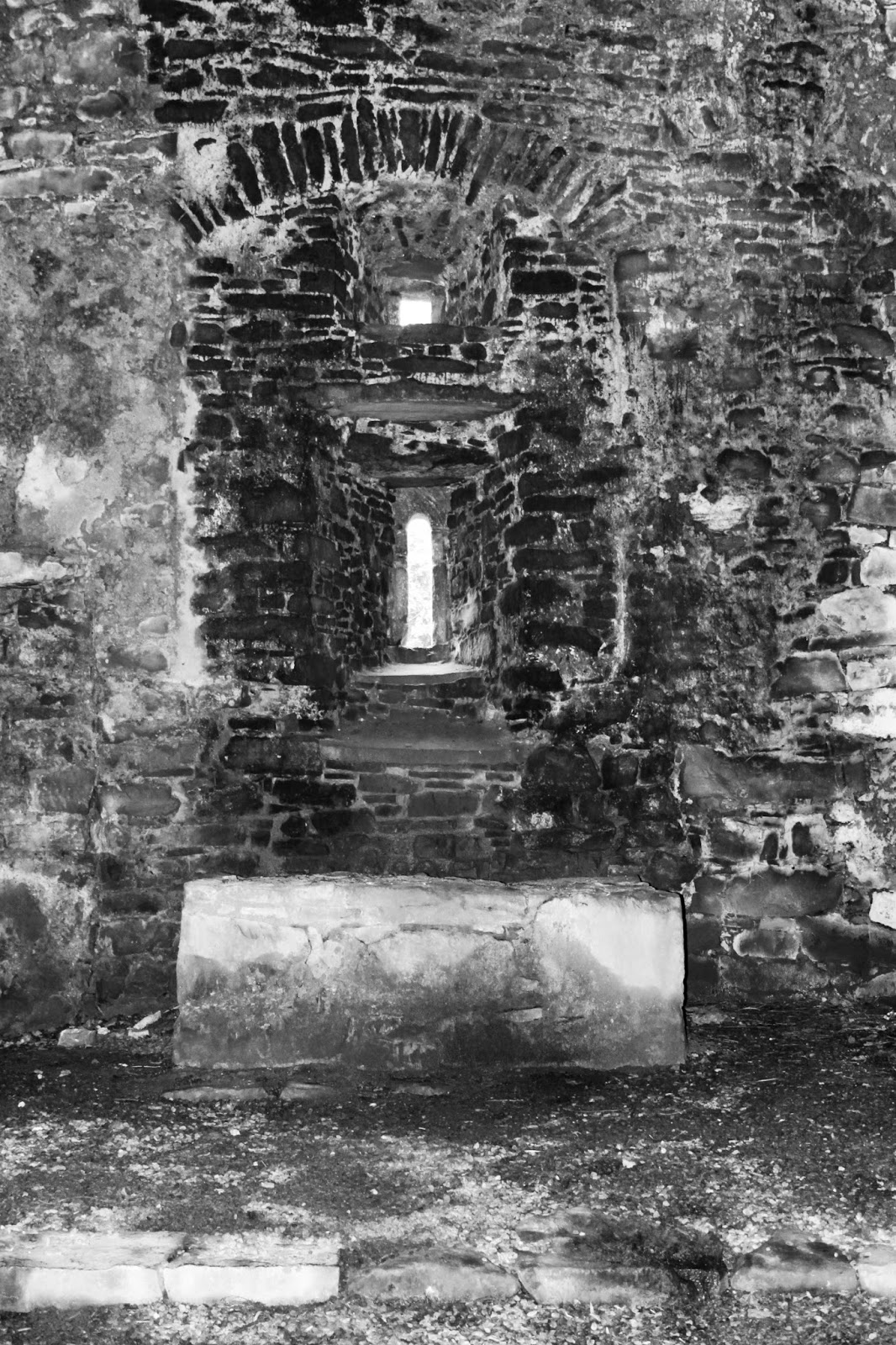 The tower and church of Aghaviller can be found a short drive from exit 10 of the M19.
Built from sandstone the tower is just over 9.5 meters in height.
The doorway is set 4 meters from ground level.
The tower rests on a square stone plinth which is a feature that can only be found at one other tower (the near by Kilree).
The ground level doorway is a much later addition, added for help in the installation of a bell.
Dating of the tower is unknown, but the site has close ties with St Brennain

The church is dated 12th Century but was greatly altered in the 15th Century when a
residential tower was added.
The top of the church can be accessed via a stairway.
Mass was celebrated at Aghaviller as recently as 2008.

Access - The site is located just off the R701 on a very bad bend.
The church is very visible from the road and parking can be found driving up the lane way to the site.
This is a quite and peaceful graveyard but the proximity of the dense forest to the site can make it a little unsettling at times.
Aghaviller is probably the least well known of Kilkenny's round towers but should be added to your itinerary along with the others.