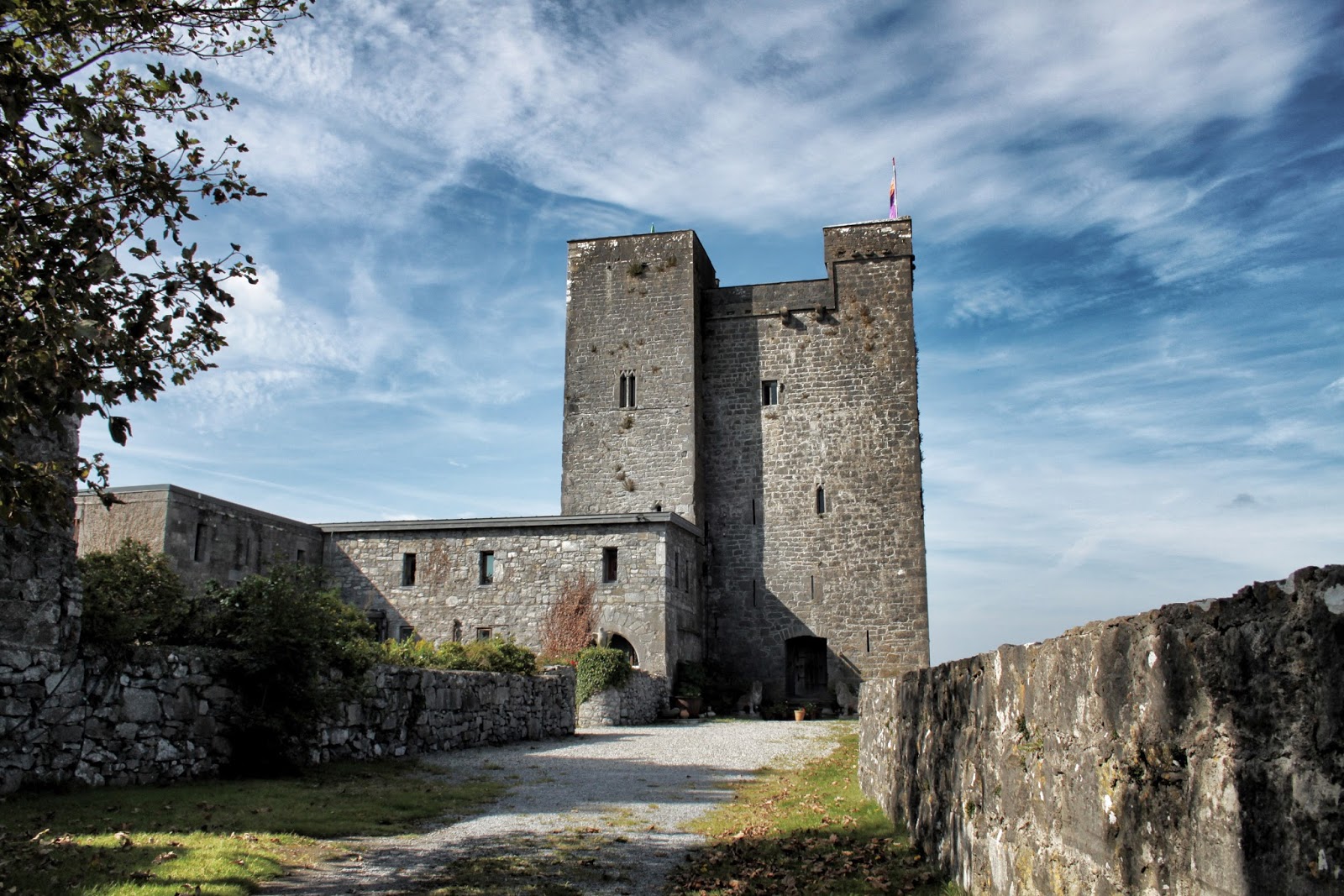 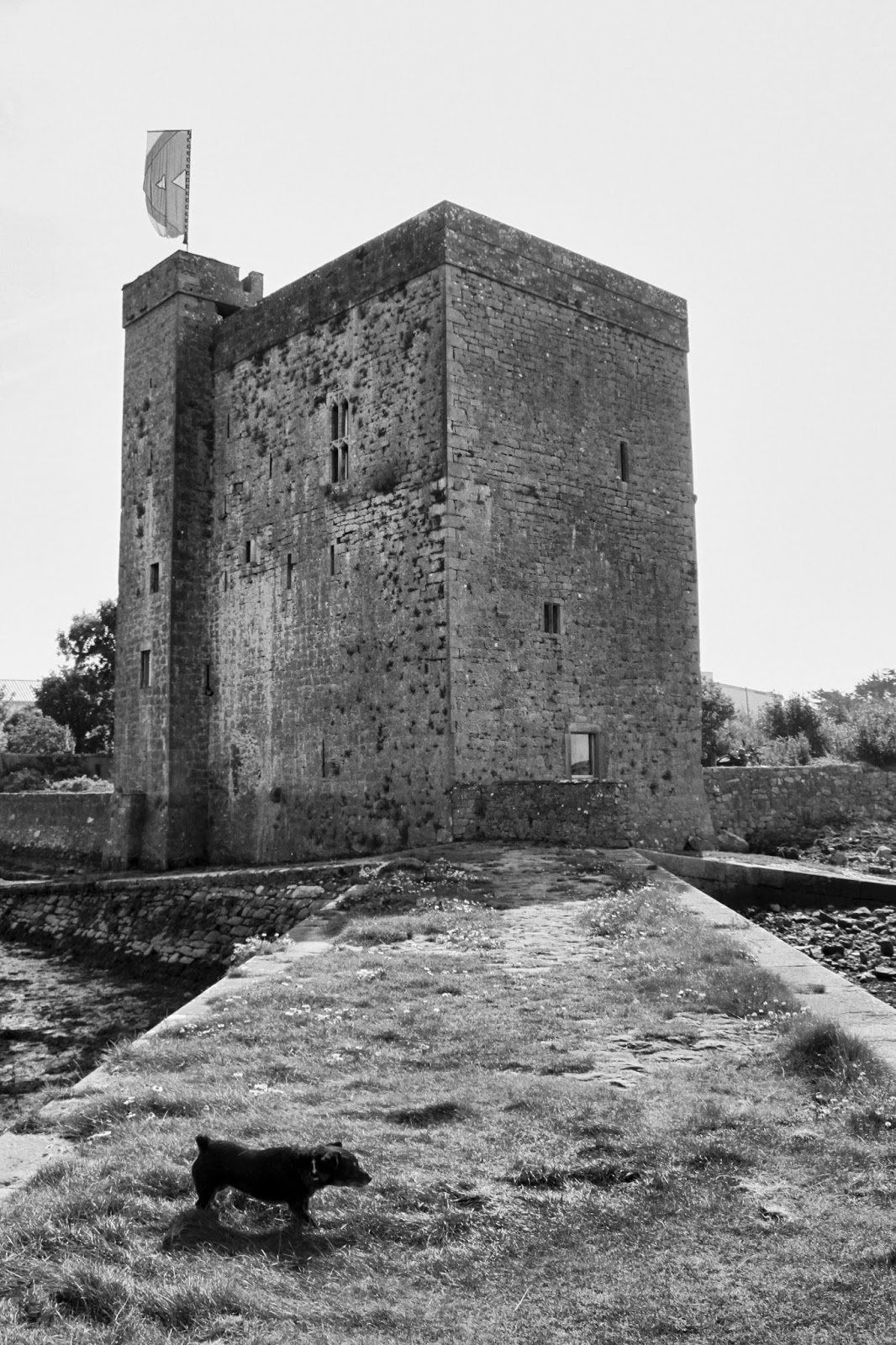 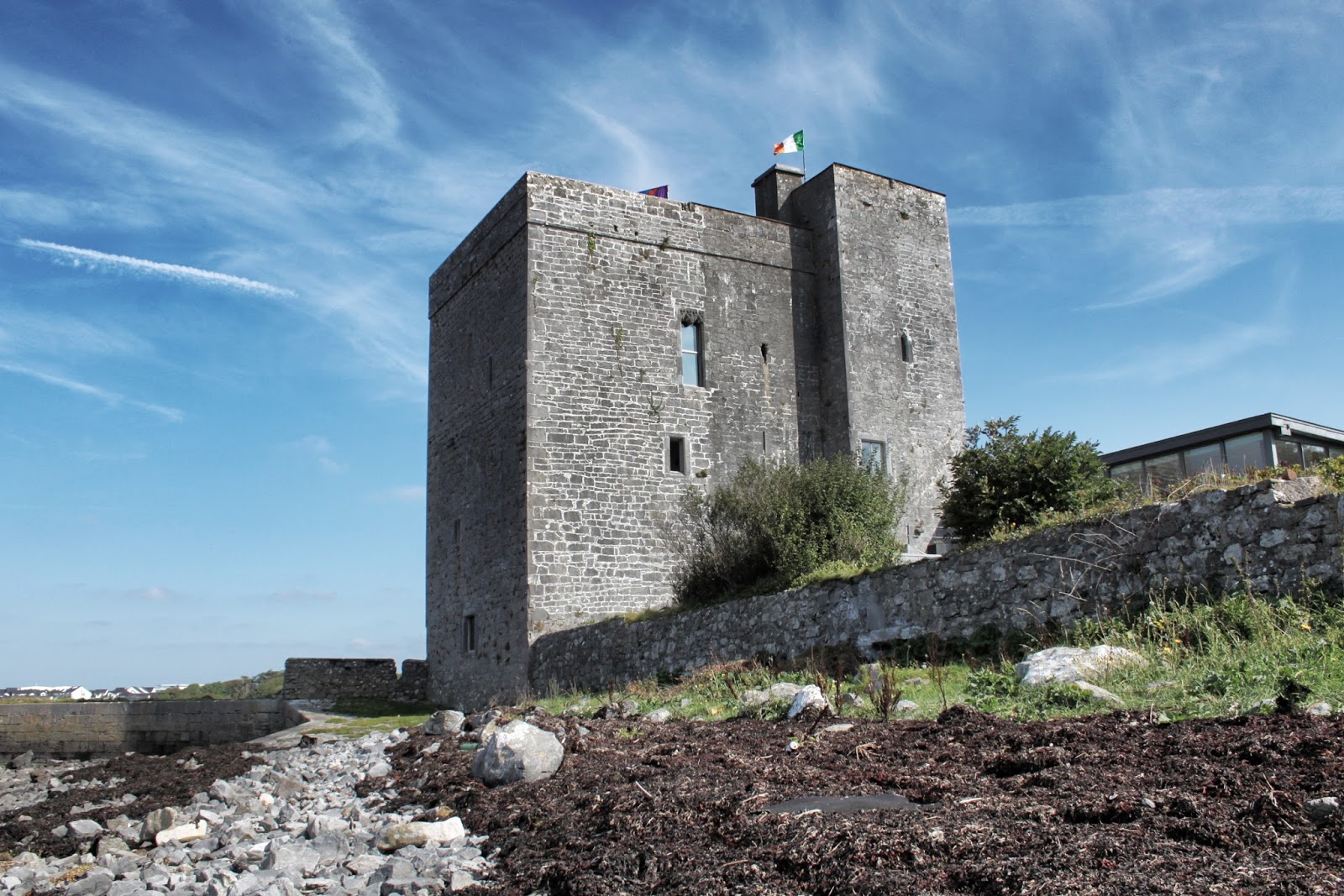 Oranmore Castle, County Galway is dated to the 15th Century but is thought to have been built on the site of an earlier castle.
The castle was a stronghold of the Clanricardes, a prominent Norman family in Galway.

The castle under the lordship of the fifth Earl Clanricardes played a major role in the Confederate Rebellion in the 1640's.
Oranmore was surrendered in 1643 by Captain Willoughby.
This was done without the knowledge or permission of the Marquess.
In 1651 the castle was surrendered to the Parliamentary forces.

The successor of the Marquess the 6th Earl regained the castle and in 1666 he leased Oranmore to Walter Athy.
Oranmore through marriage passed to the Blake family of Mayo.
The castle stayed in the care of the Blake's  until 1853 when it was abandoned.

Oranmore was purchased in 1947 by Lady Leslie, and the castle has remained in her family's care to date.

Access - The castle is well signposted from the main street in Oranmore.
As the castle dominates the coastline you won't need any help.
Oranmore can be visited at times during the summer.
Booking ahead would be advisable as the castle amongst other things is considered to be haunted.

Posted by Tony Mulraney at Monday, February 23, 2015 No comments: