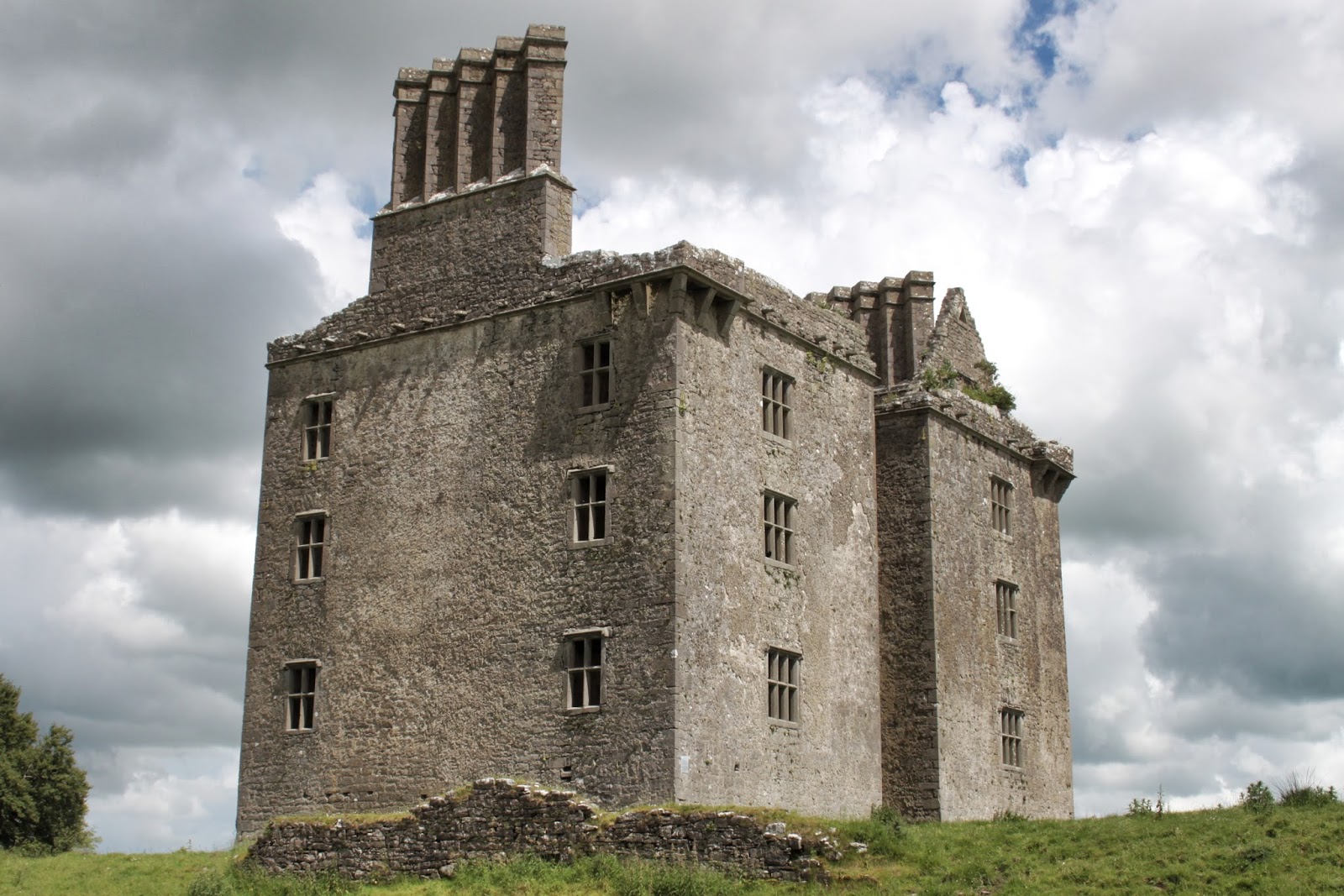 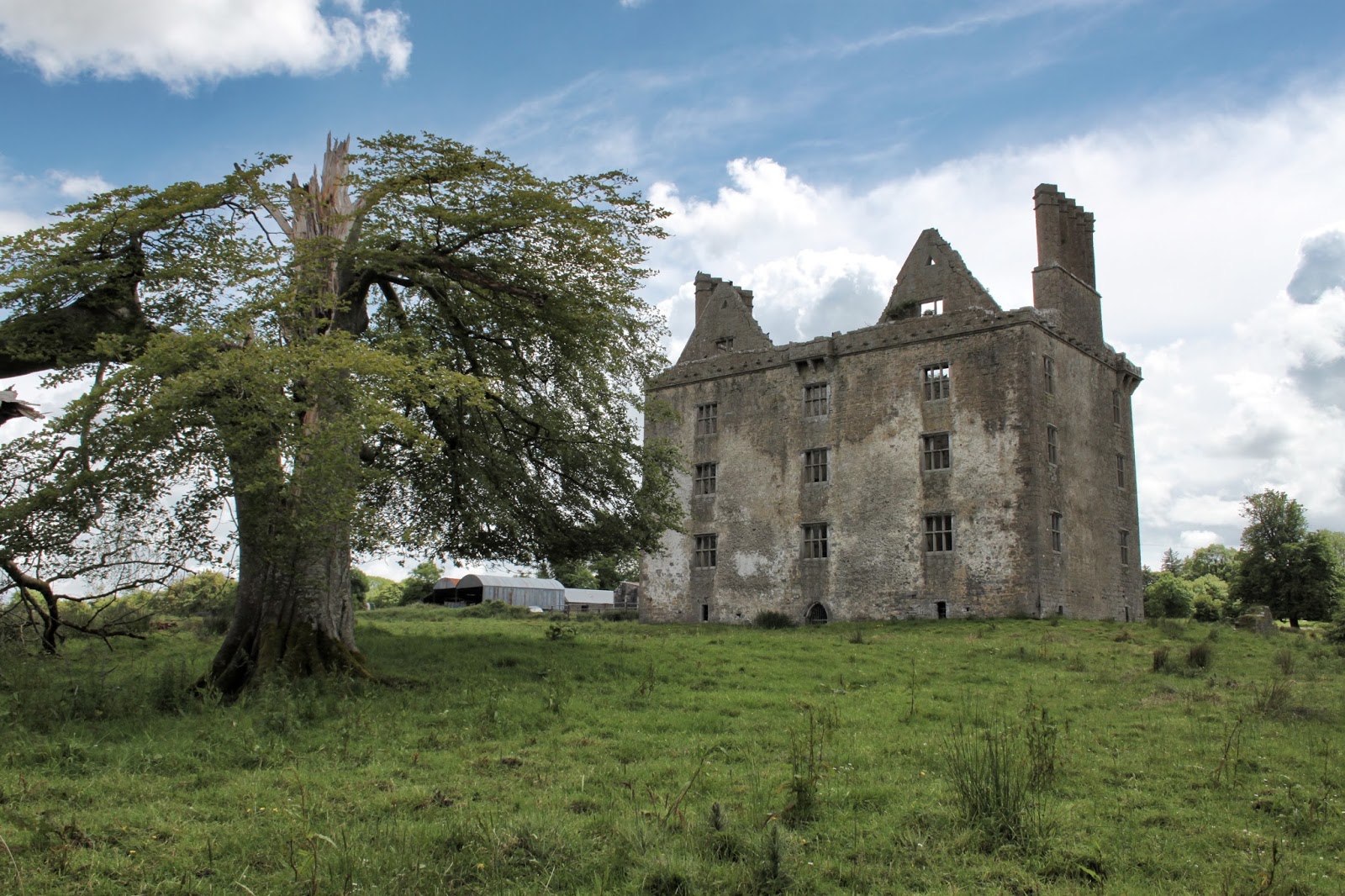 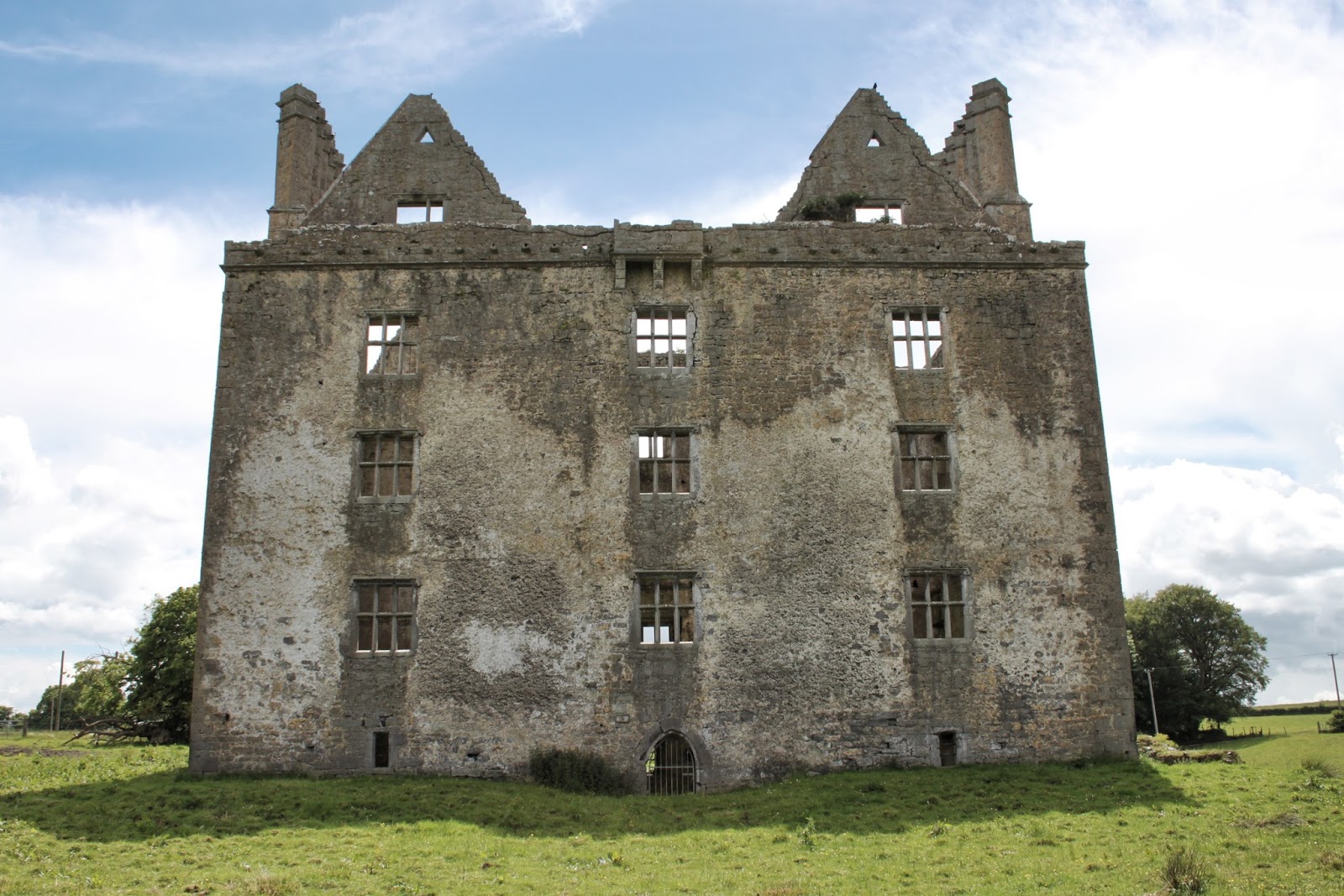 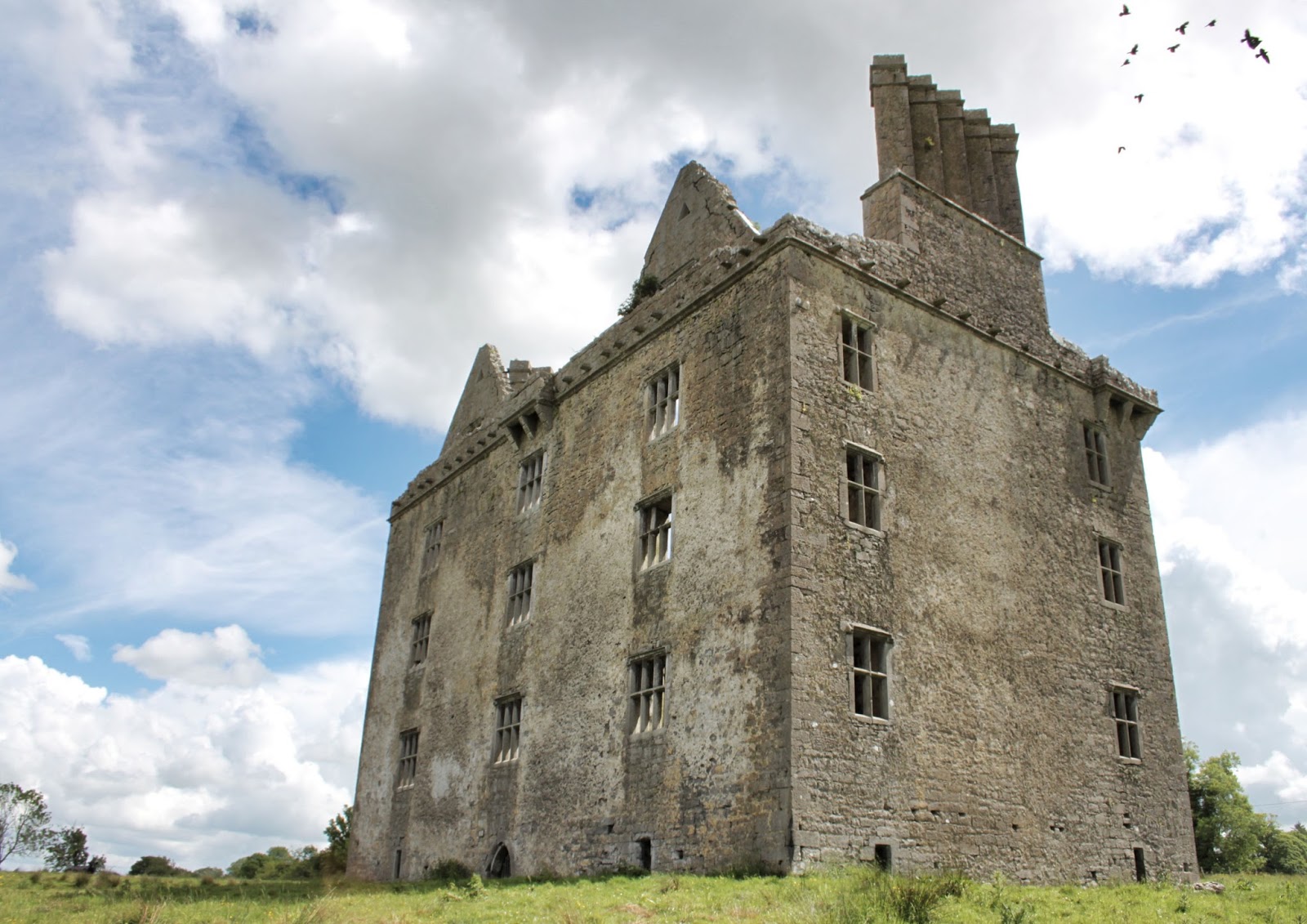 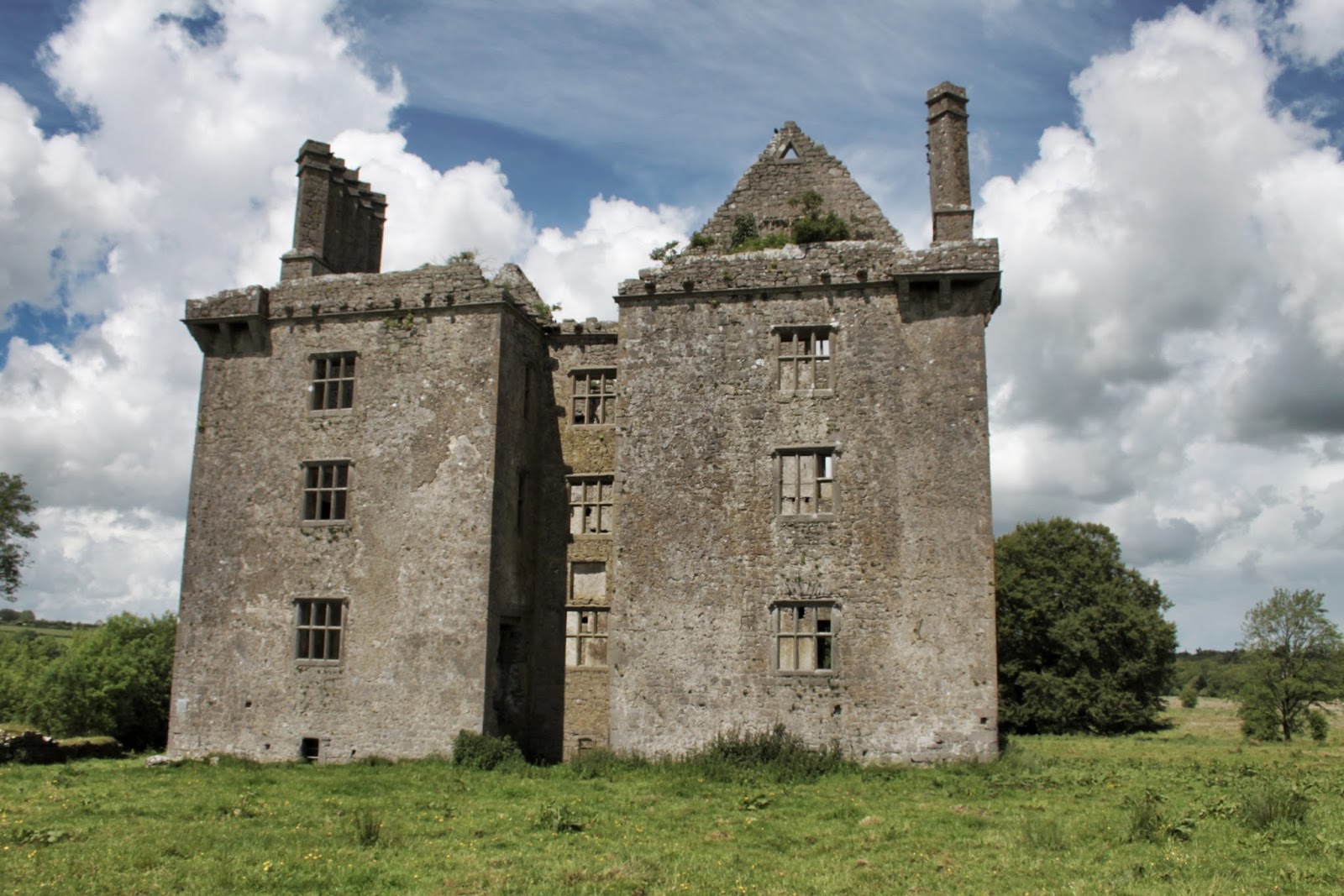 Glinsk Castle may have been one of the last castles (or even the very last) built in Ireland.
Built in the 17thCentury it was the main residence of Mac David Burke lord of Clonconway.

The setting for this very striking ruin could not be better.  Built on a rise over looking all around with the river suck providing a loud soundtrack in the background.

The castle is located on the site of an earlier castle, which was thought to be a tower house.

Glinsk is typical of Norman castles built pre the 1641 rebellion. Which incorporates spacious living quarters with the means to defence when needed.

The castle is three stories high and is built over a raised basement.

Gutted by fire not long after being built (date unknown), what remains today is a very striking ruin.
The two large chimney shafts which each have five stacks dominate the castle and give the ruin great presence.

Access - Located at the lower end of Glinsk village, parking can be found as you cross the bridge on your right.
A stile is there to help you climb down into the castles field, but beware cattle may be in that same field.