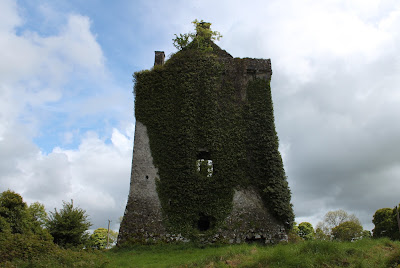 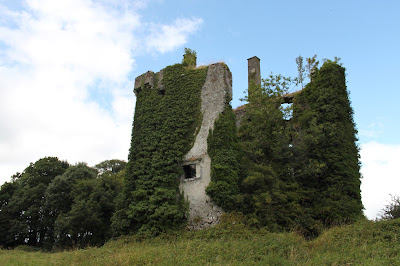 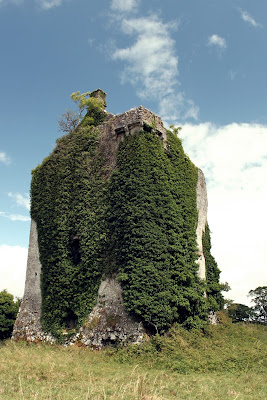 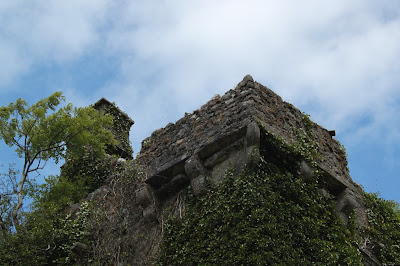 The original ruin of Castle Hackett dates back to the 13th Century, most of the features to be seen today date from the 16th Century.

The Hackett family arrived with the Normans in the 15th Century and the O'Flahertys who were residents were forced to relocate to other lands close by in Connermara.

The upper two stories were added in the 16th Century and parts of that remodelling you can spot peaking out from the densely Ivy covered ruin today.

The castle was occupied until the beginning of the 17th Century and has been abandoned since.

Access - The ruin can be spotted from the R333, parking can be found just off a bad bend on your left coming from Tuam.

Posted by Tony Mulraney at Wednesday, November 20, 2013 No comments: