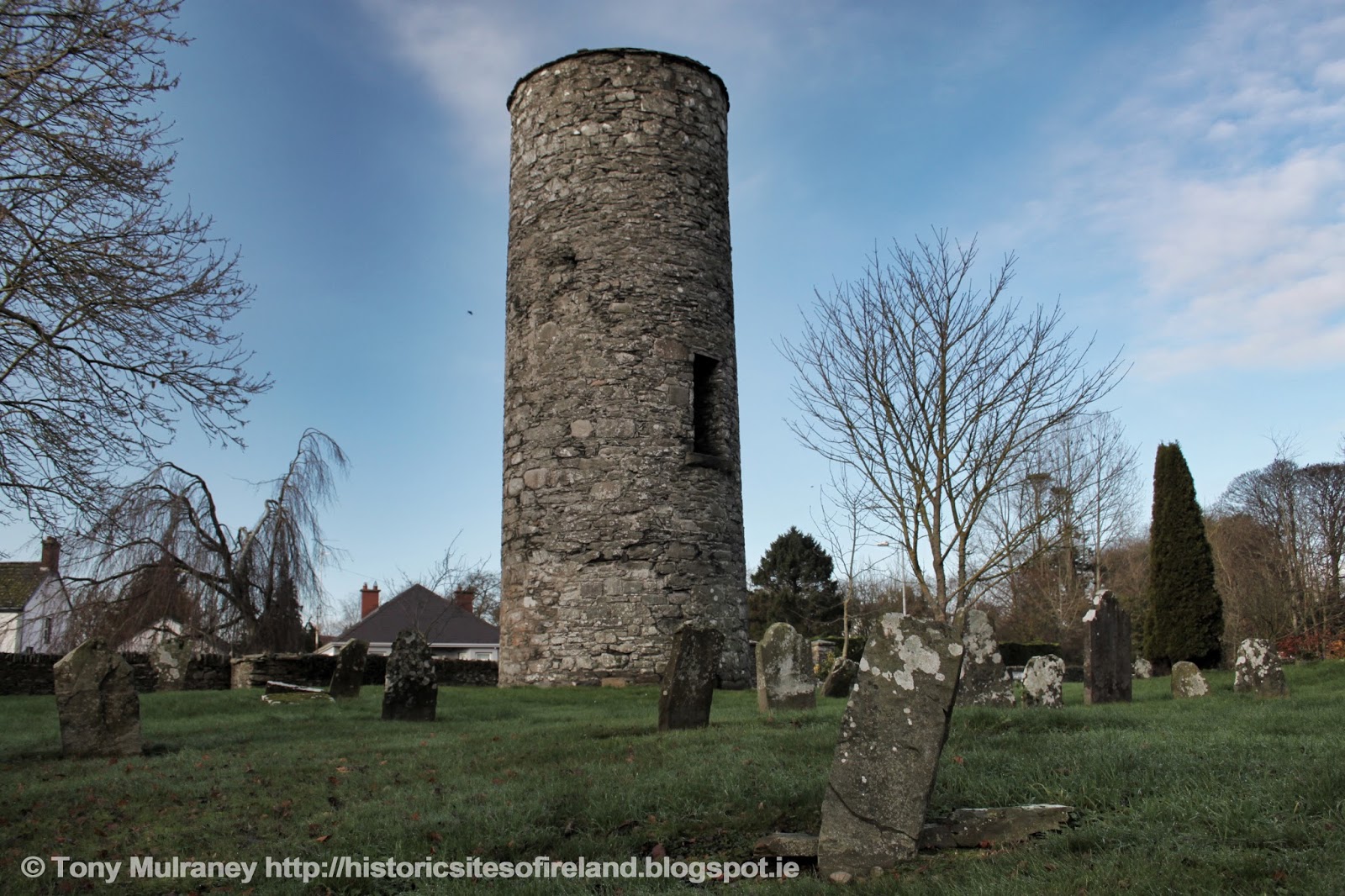 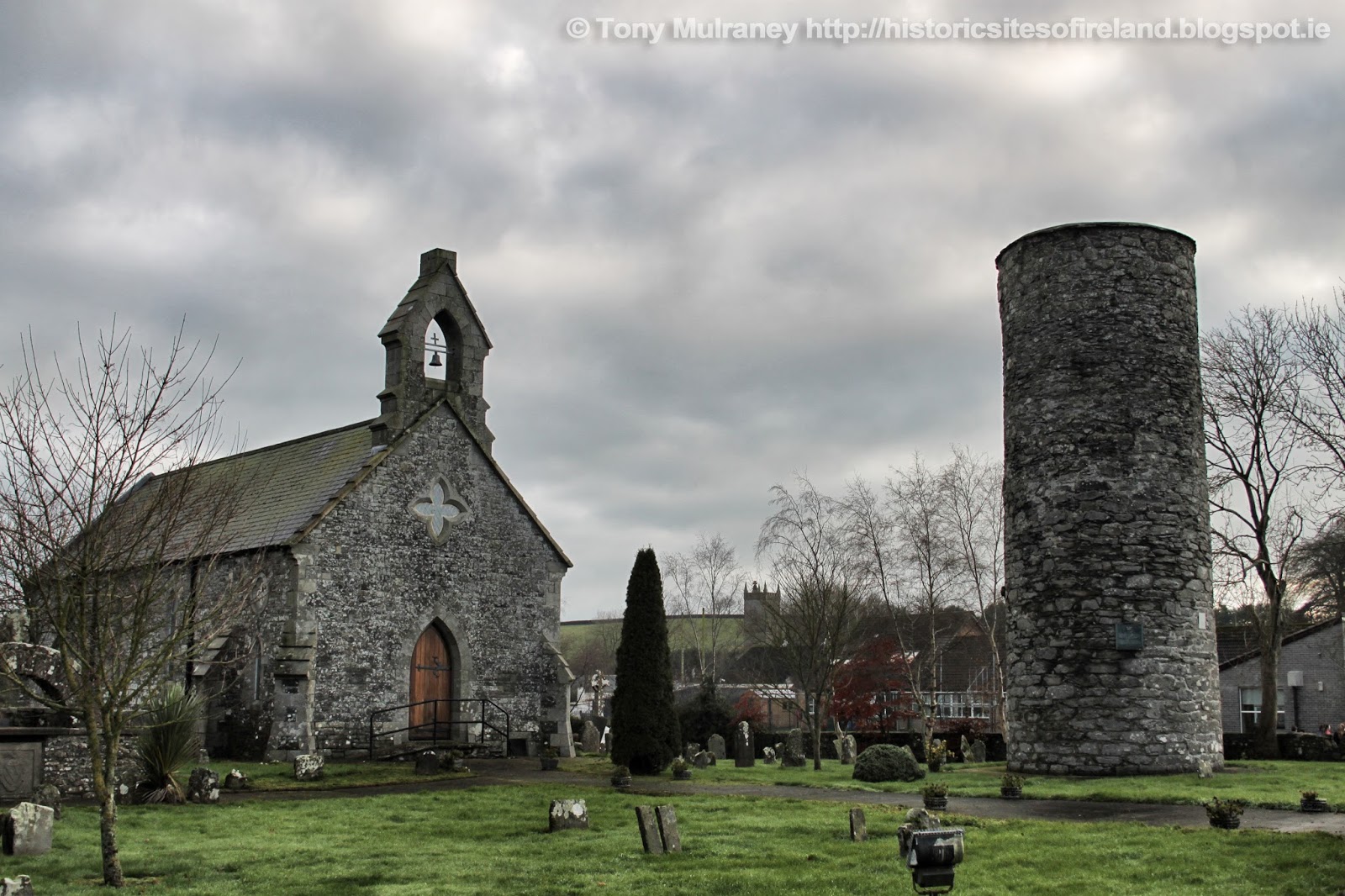 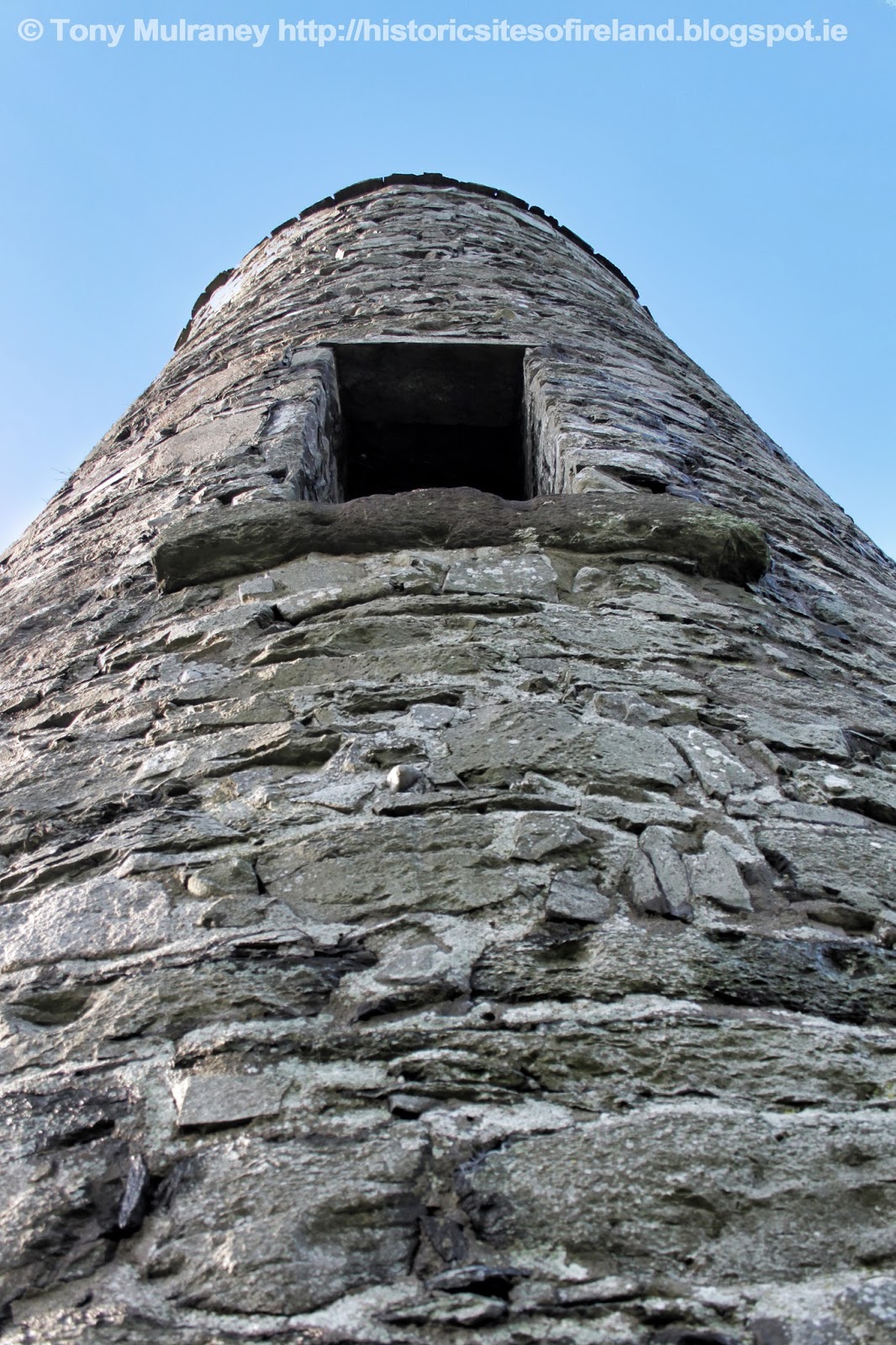 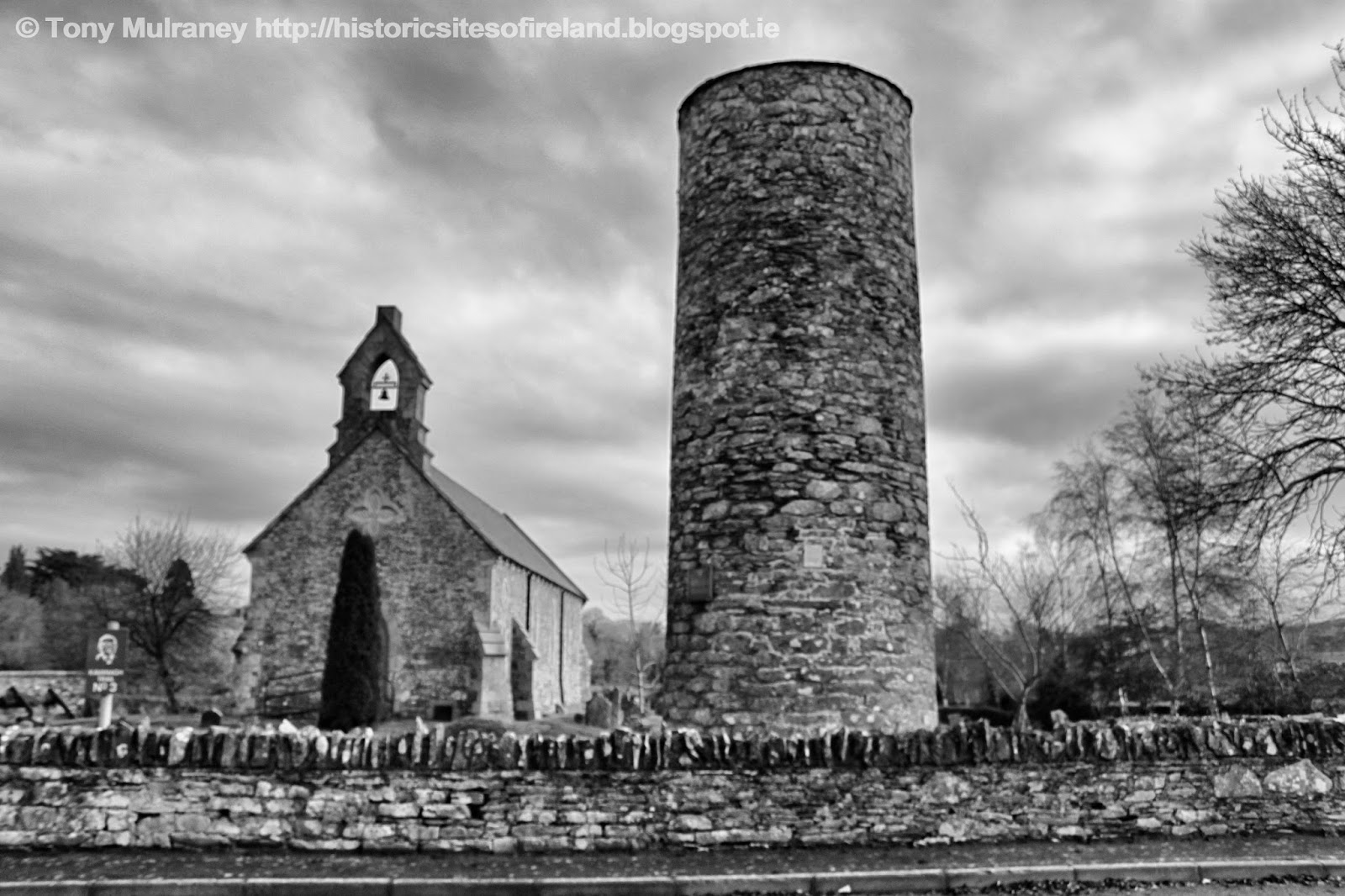 The round tower of Inishkeen is all that remains from an early Christian site which is said to date as far back as the 6thCentury.
The monastery was founded by St Daig who was a student of St Ciaran at Clonmacnoise.
The site was burned in 789 AD, plundered in 948 AD and burned again in 1166 AD.
The tower is thought to date between the last two attacks and is dated to the 10th Century.

What you find today is a much altered tower which rises to a height of just over 12 meters.
The plain doorway is 4 meters from the base.

This is a tower which has had a pretty rough time down through the years with having some of it's height removed so a bell could be fitted and having a door knocked through at ground level.
The damage sustained has been repaired with the last repairs carried out in the early seventies.

Access - The tower is located in the village of Inishkeen in a well kept graveyard.
Parking close by is tricky so park on the main street and walk down by the school to the tower.


Posted by Tony Mulraney at Thursday, January 08, 2015 No comments: