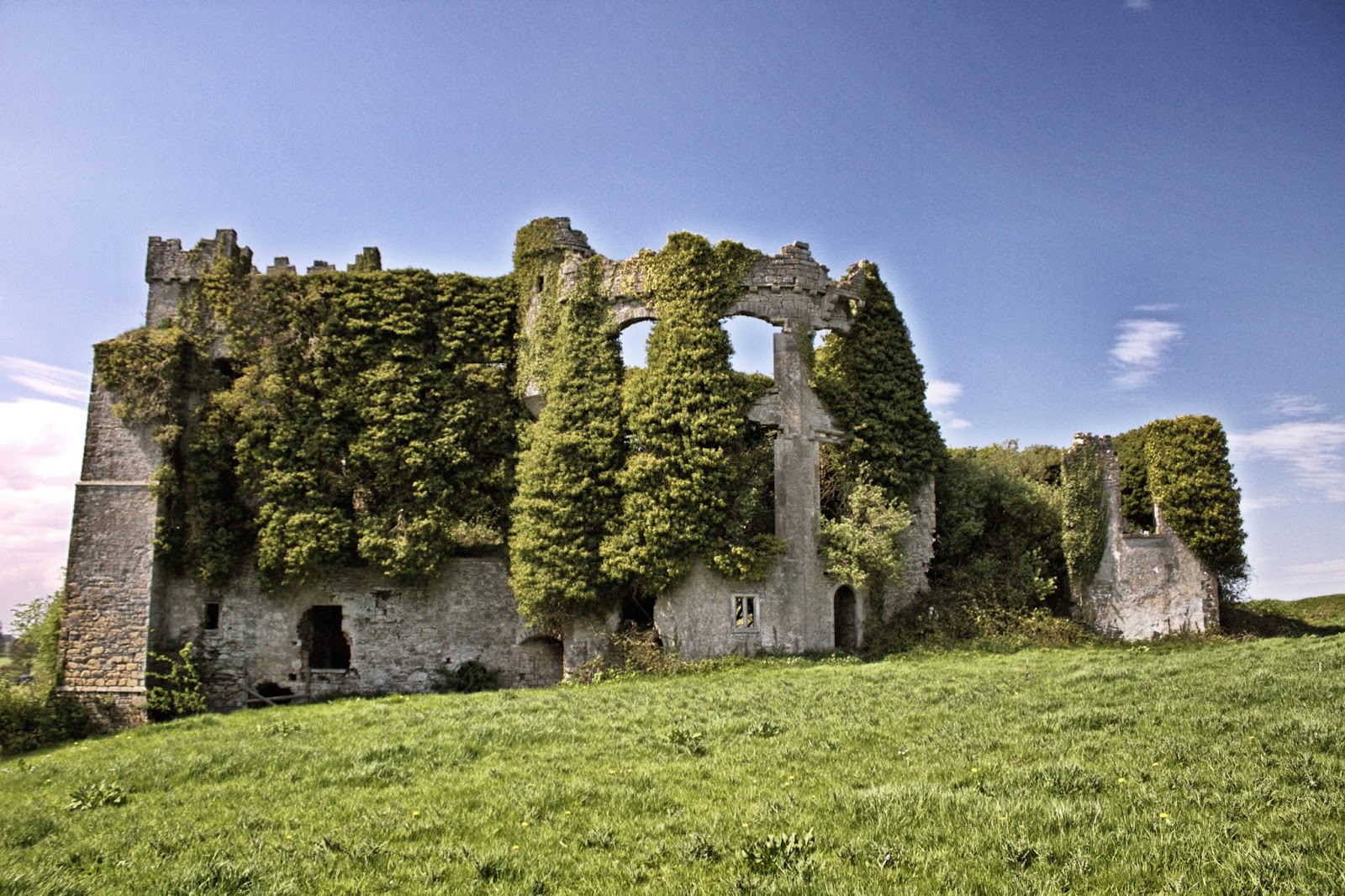 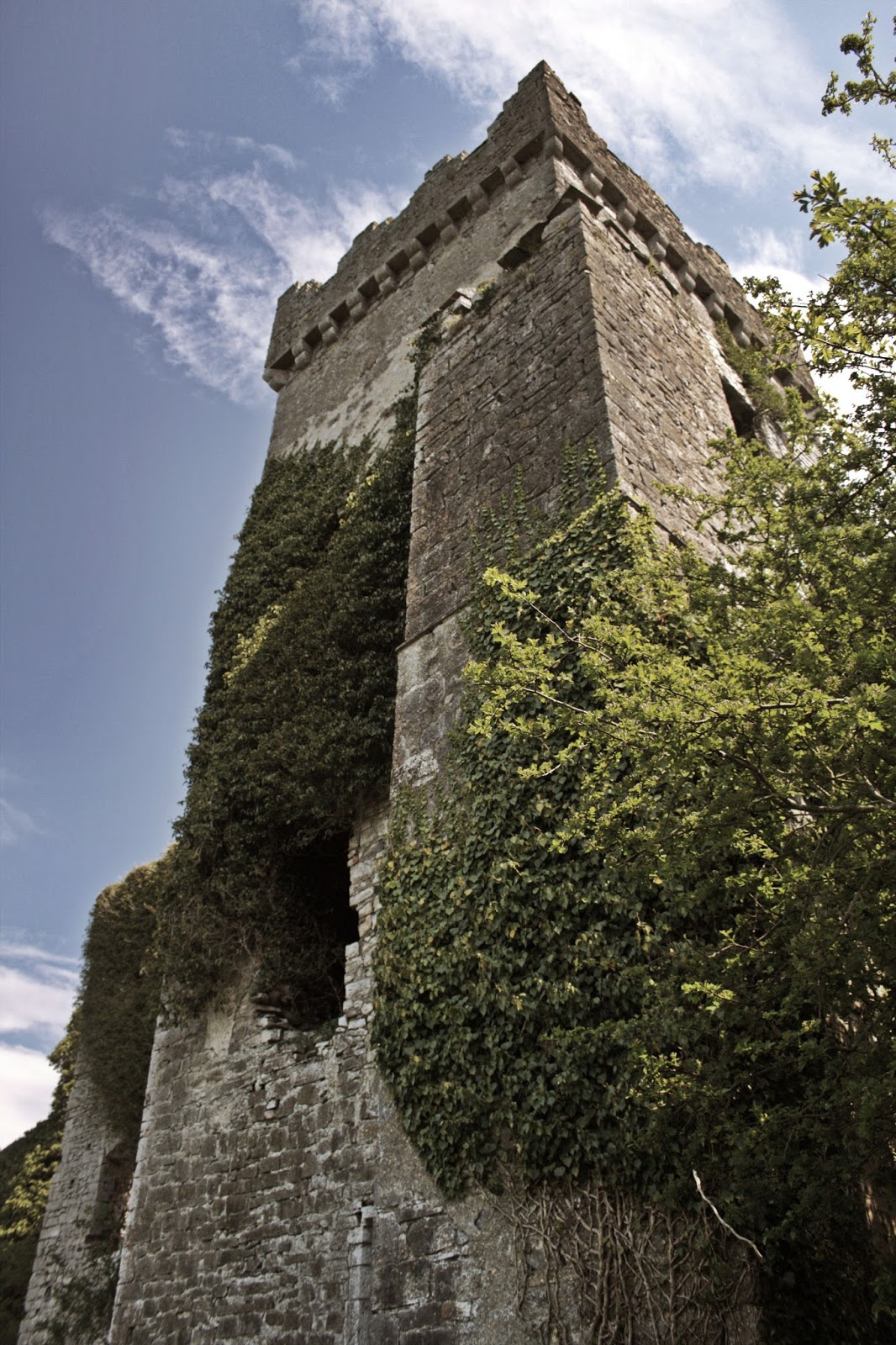 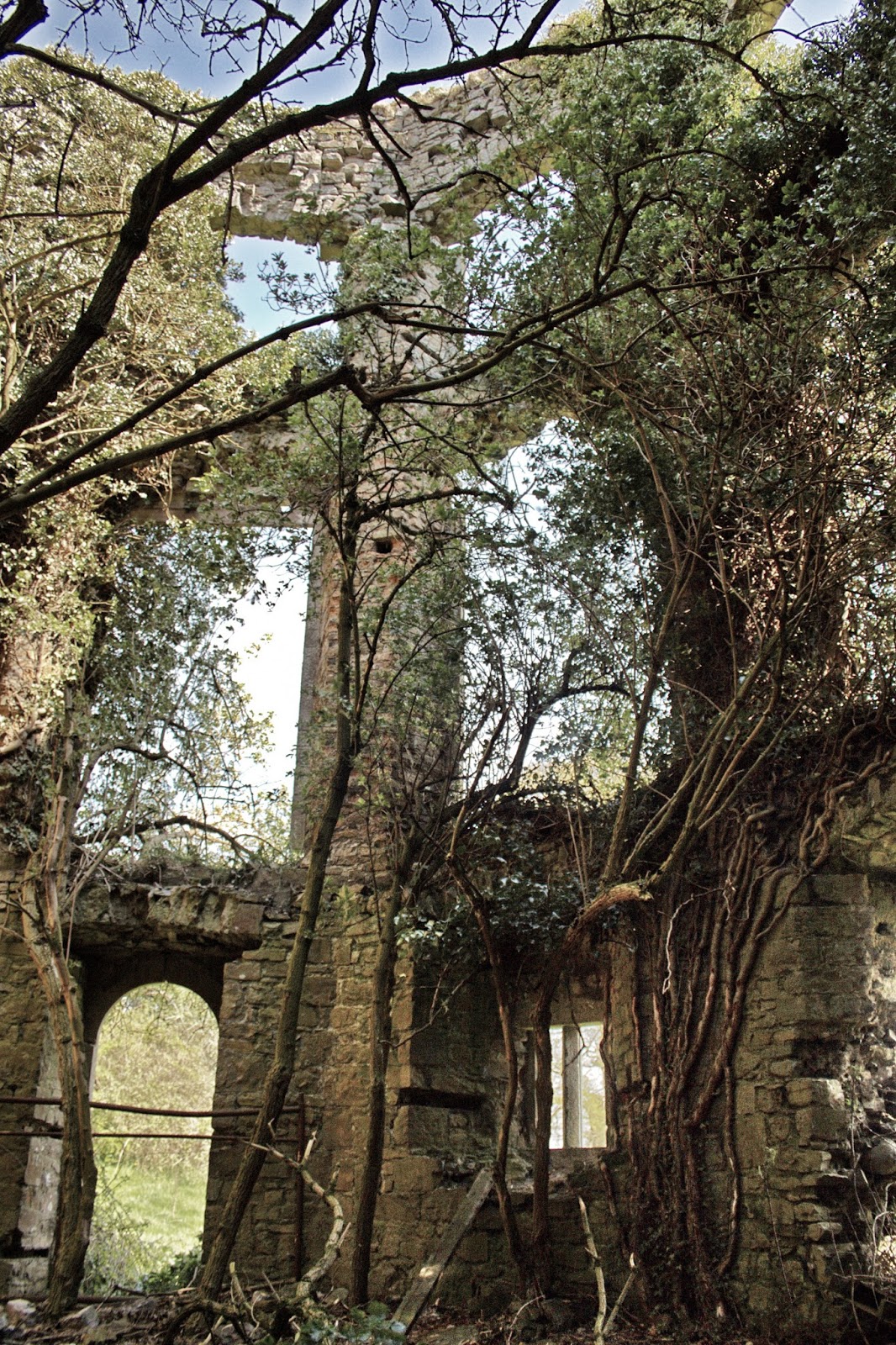 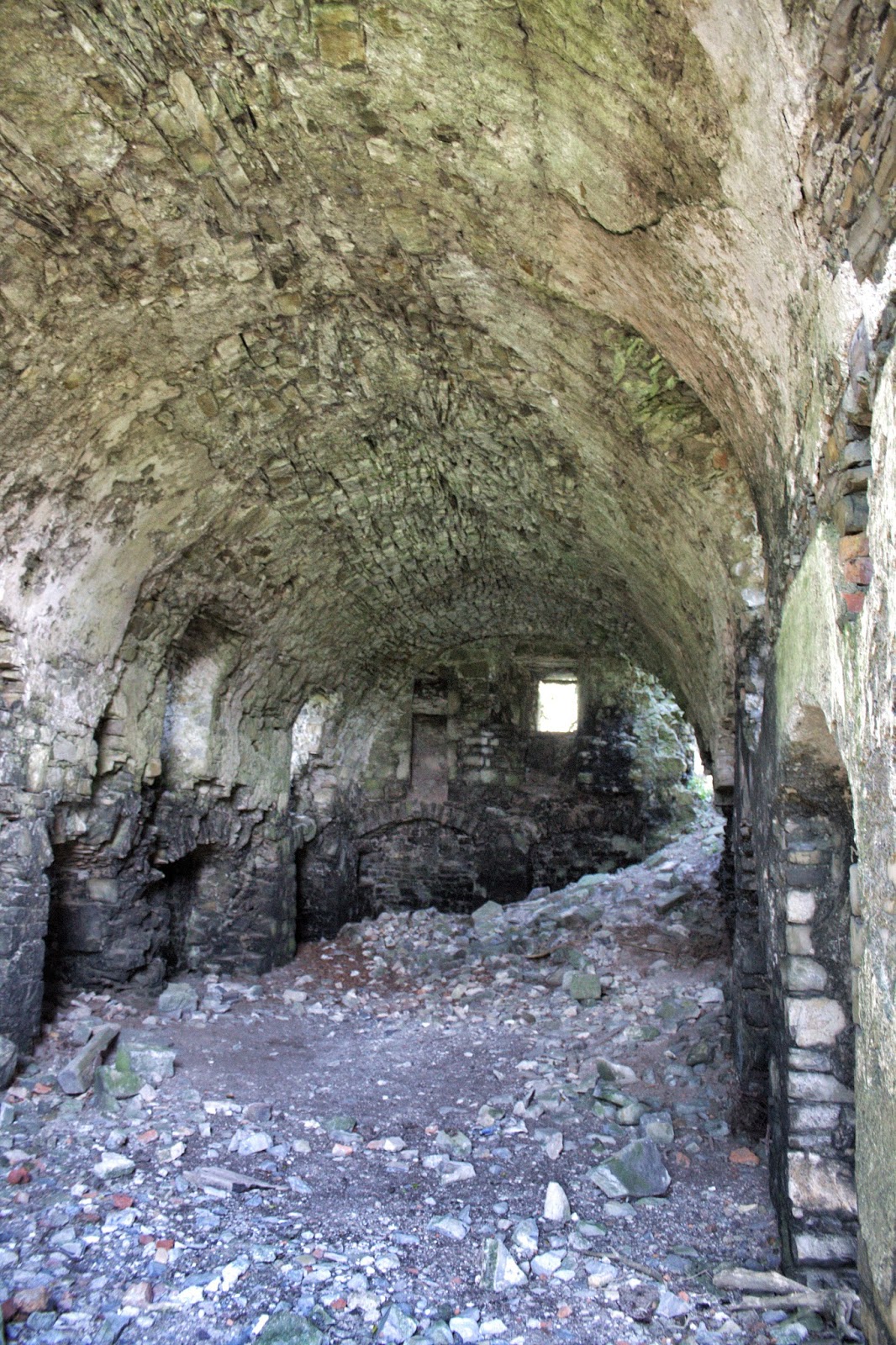 Tremblestown Castle Co Meath dates back to the 15th Century and what was originally a tower house grew to be much more.
The tower house was the home of the Barnwell family.

One of the main features is the large two storey barrel vaulted hall on the ground floor.
Much of what can be seen today was built in the 18th Century by the castles owner Lord Trimlestown.
The owner was quite a colourful character who apart from building a large estate around the castle also found time to treat the locals (for free) with medical skills gained from living abroad.

Further work was carried out at the start of the 19th Century and yet soon after the castle was left unoccupied and it soon fell into ruin.

Access - The castle is a short drive from Trim, but you will have to abandon the car quite a distance from the ruin and complete the journey on foot.
Because of the castles size it is very visible from a long way off.