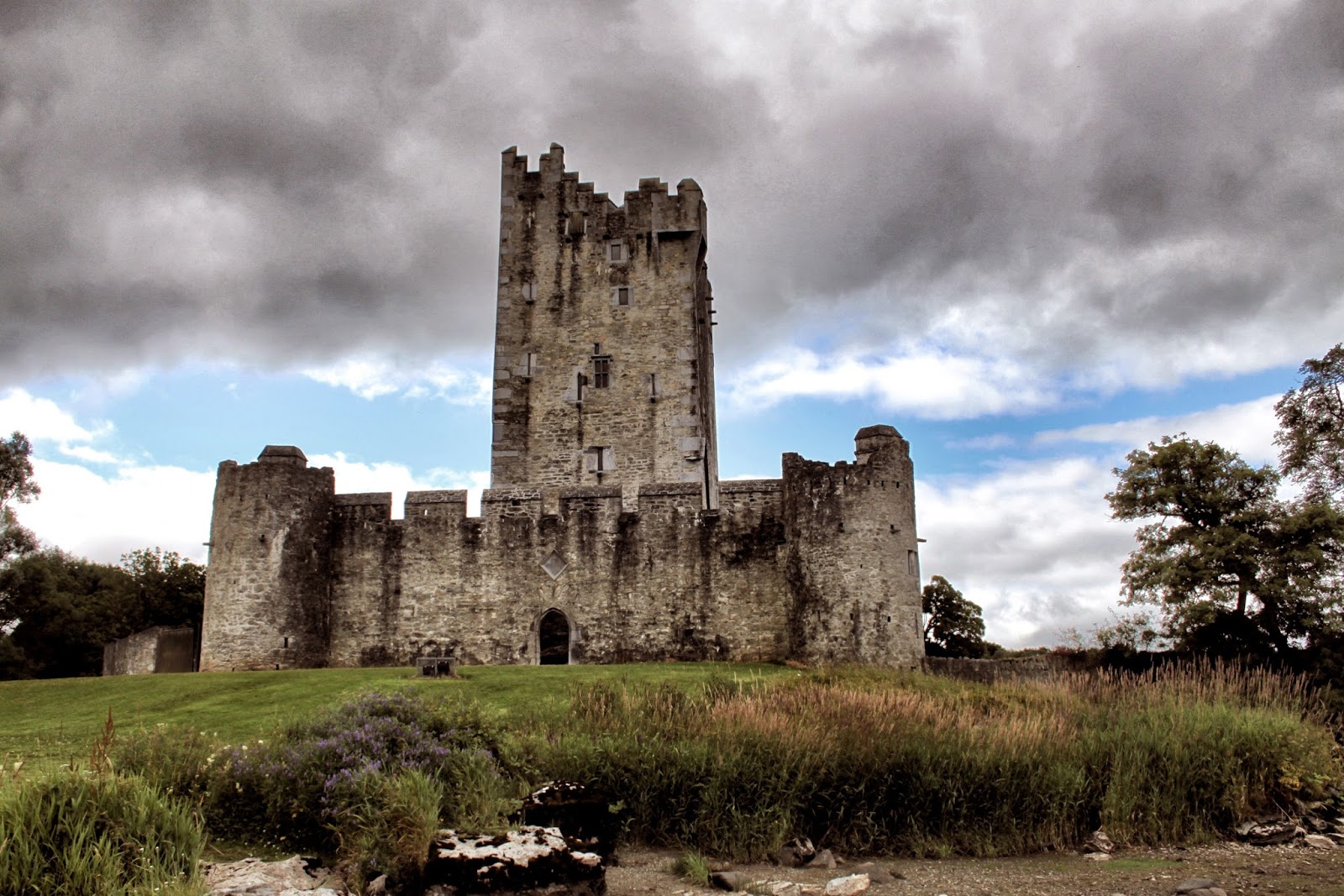 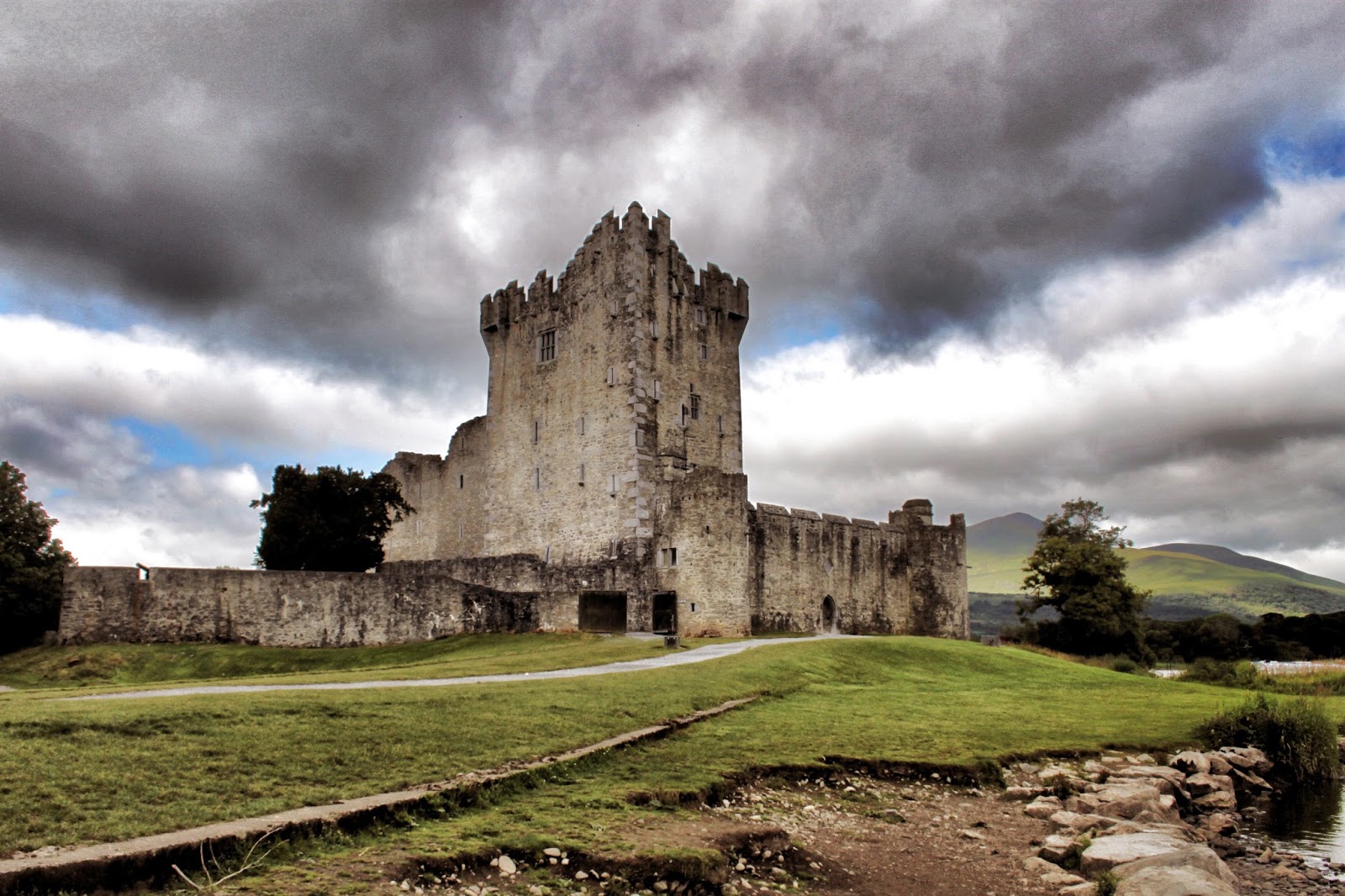 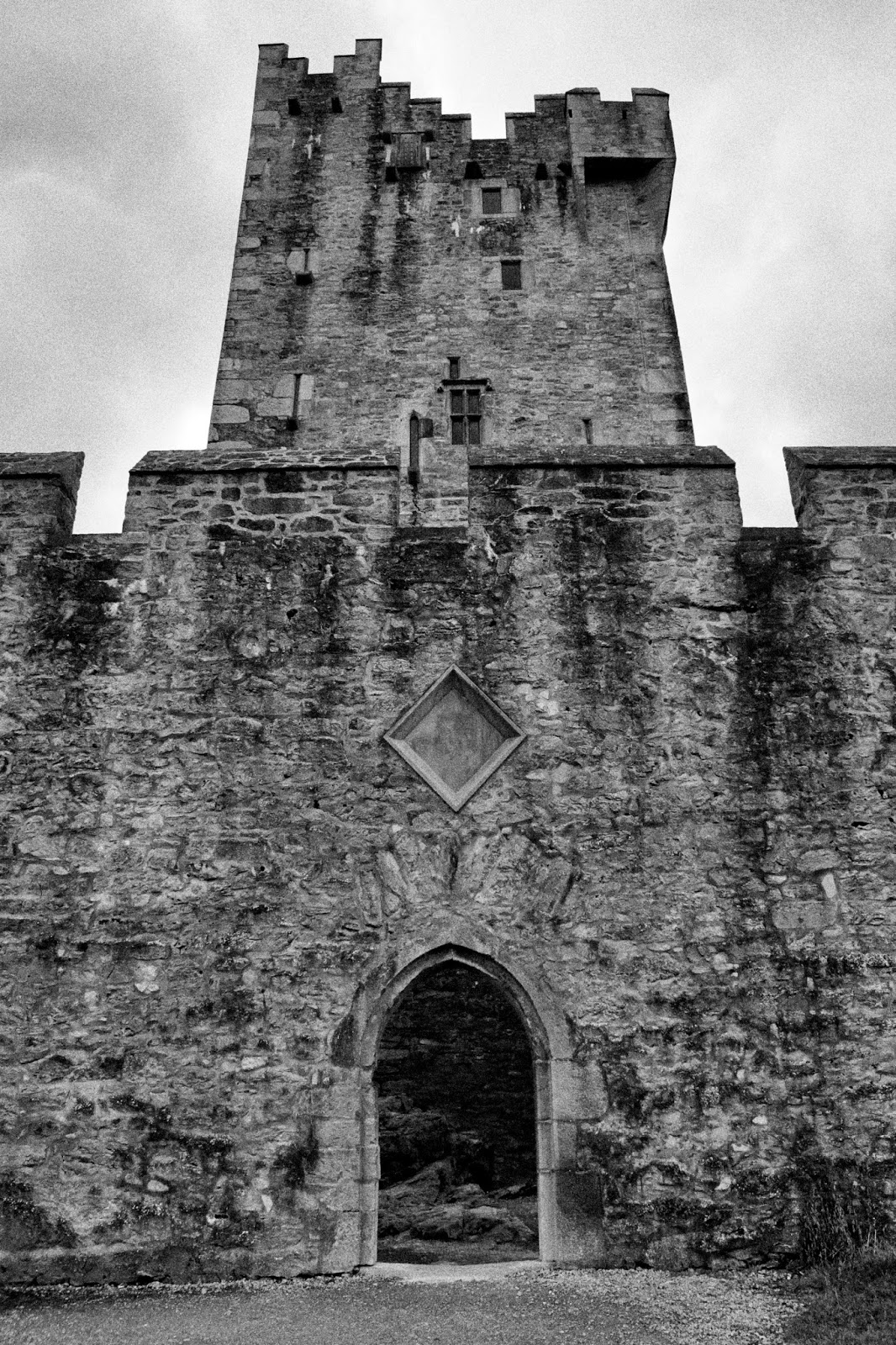 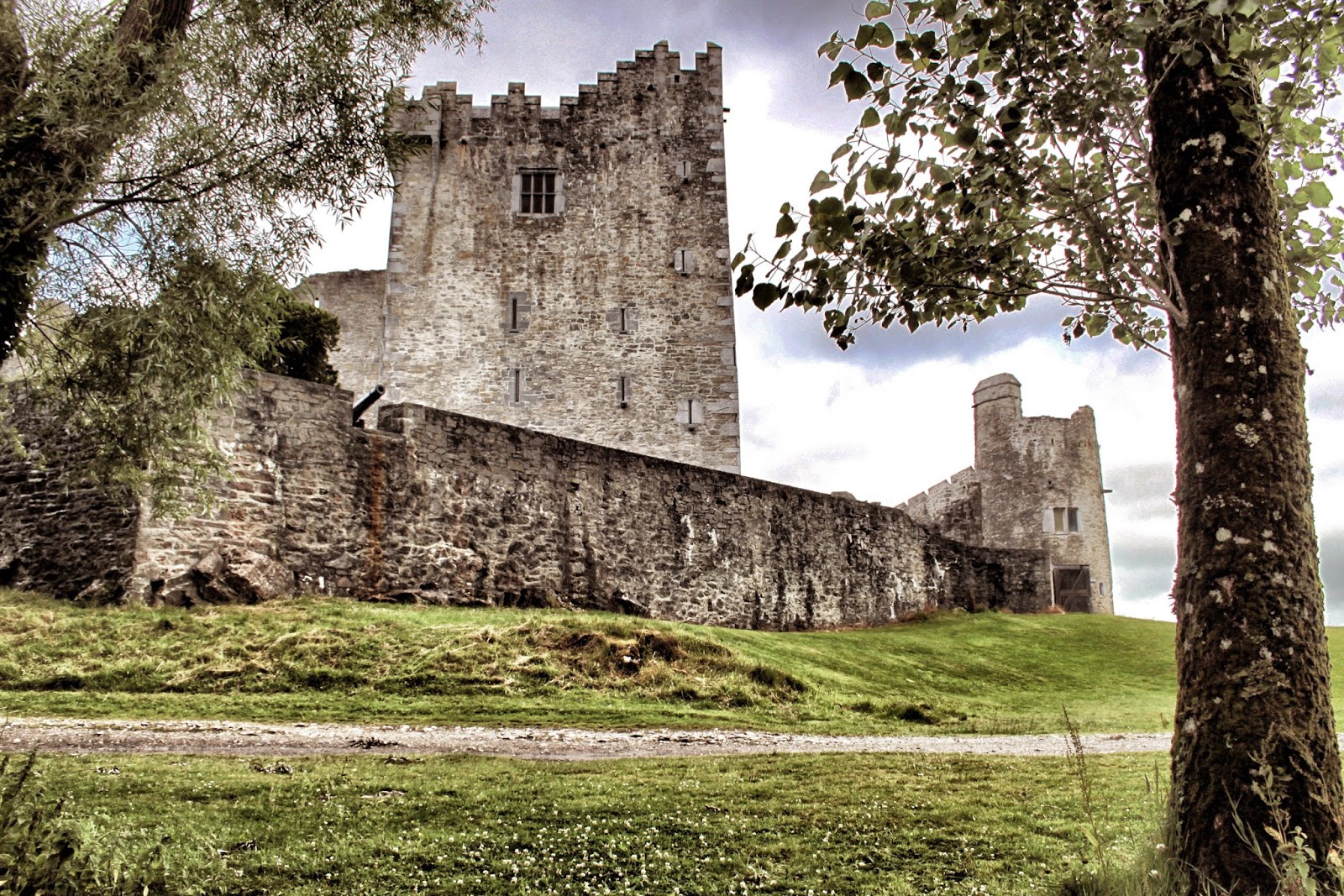 Ross Castle must be the most photographed castle in Ireland as on the morning of my visit there had to be upwards of two hundred people all milling about and all seemed to have cameras. Extreme patience was required to get the above shots.

The castle is considered to be a typical example of the type of stronghold of an Irish Chieftain during the Middle Ages.
Probably built in the late 15th century by one of the O'Donoghue Ross chieftains.
The castle is better known for its association with the Browne's of Killarney who owned the castle most recently.

The four storey square keep is built on a rocky outcrop on Ross Island by the shore of Lough Leane.
The castle is surrounded by a square defensive wall with two of the four original corner towers surviving today.

Ross Castle is said to be the last stronghold in Munster to hold out against Cromwell.
It was eventually taken by General Ludlow in 1652 - when it was fired upon from the lake.

The castle has been much altered in the intervening years.
It came into state care in the 70s and was restored by the OPW.
Allowing for the major restoration of the castle it still has plenty of its original character.

Access -  the castle is only a couple of minutes drive from Killarney town.
Parking is not a problem.
The inside of the castle can be viewed as part of a guided tour.