The Hill Of Slane 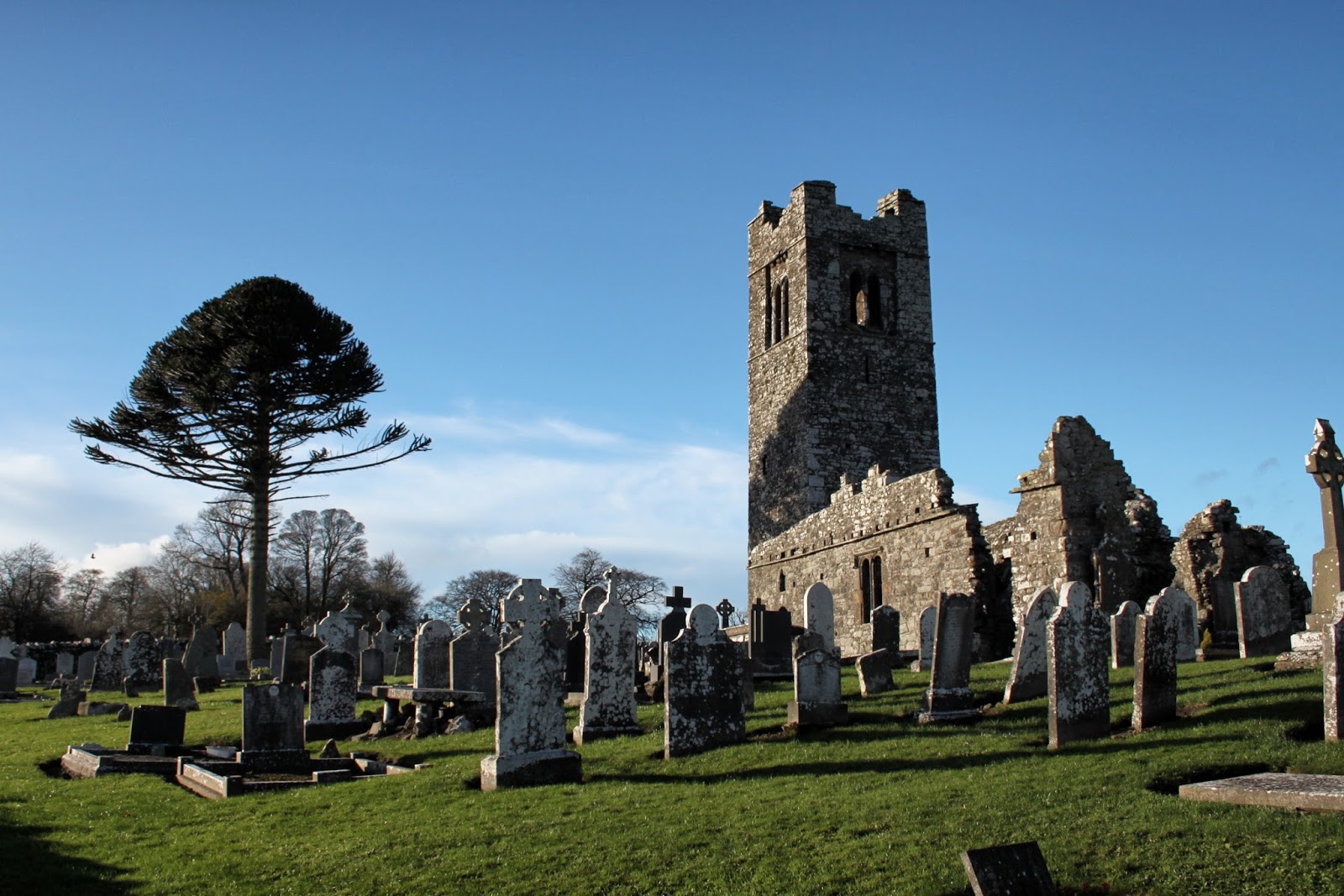 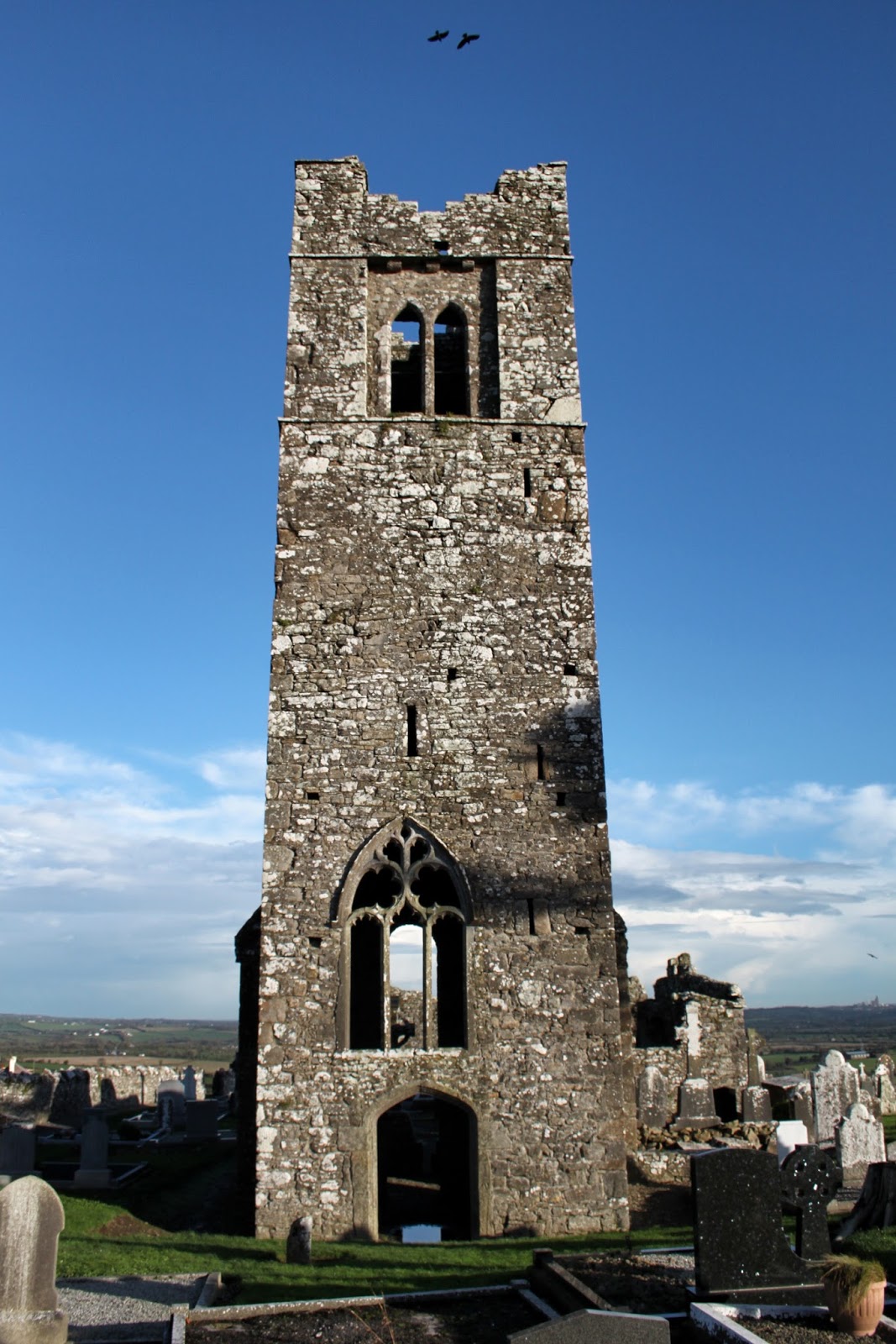 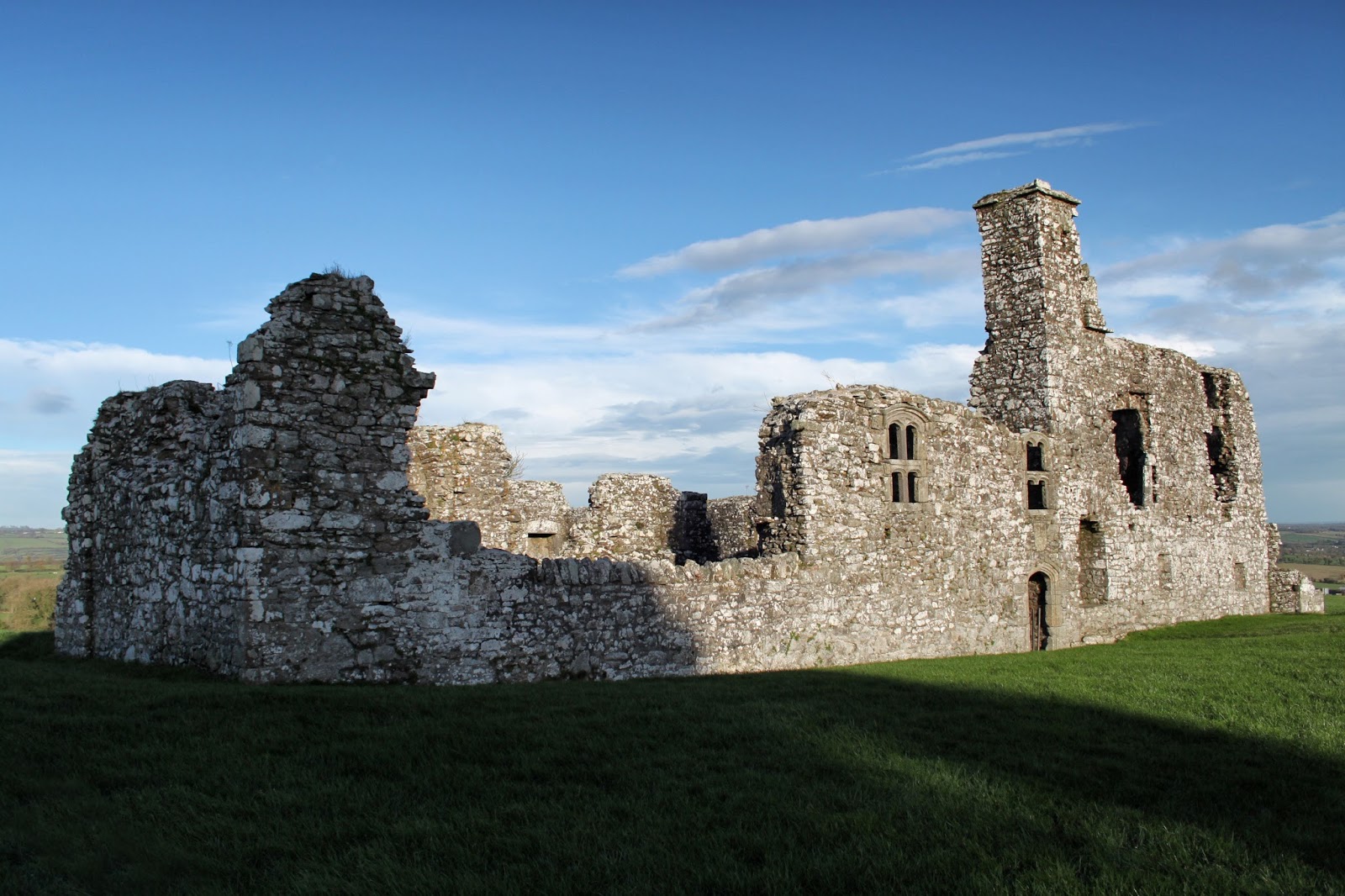 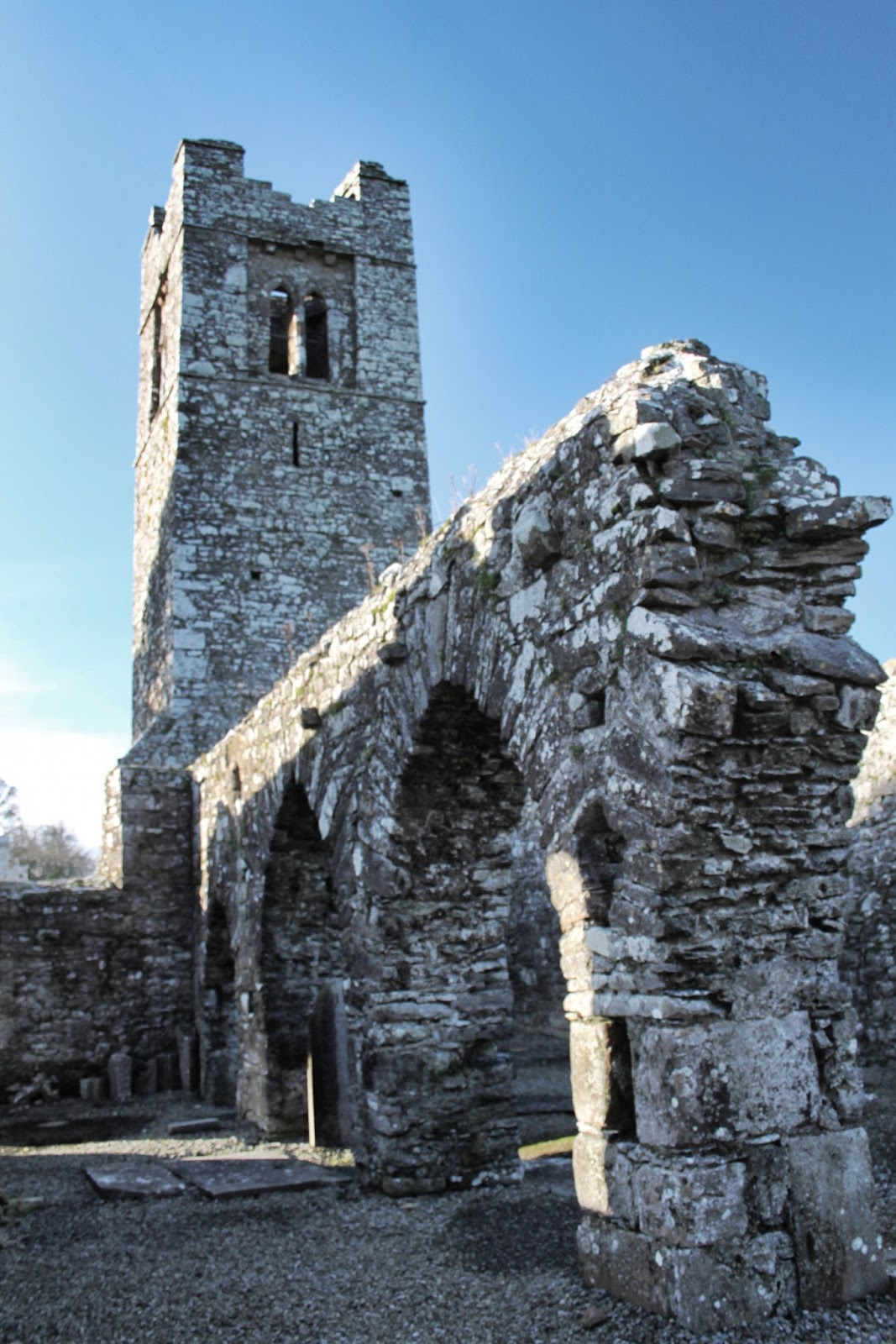 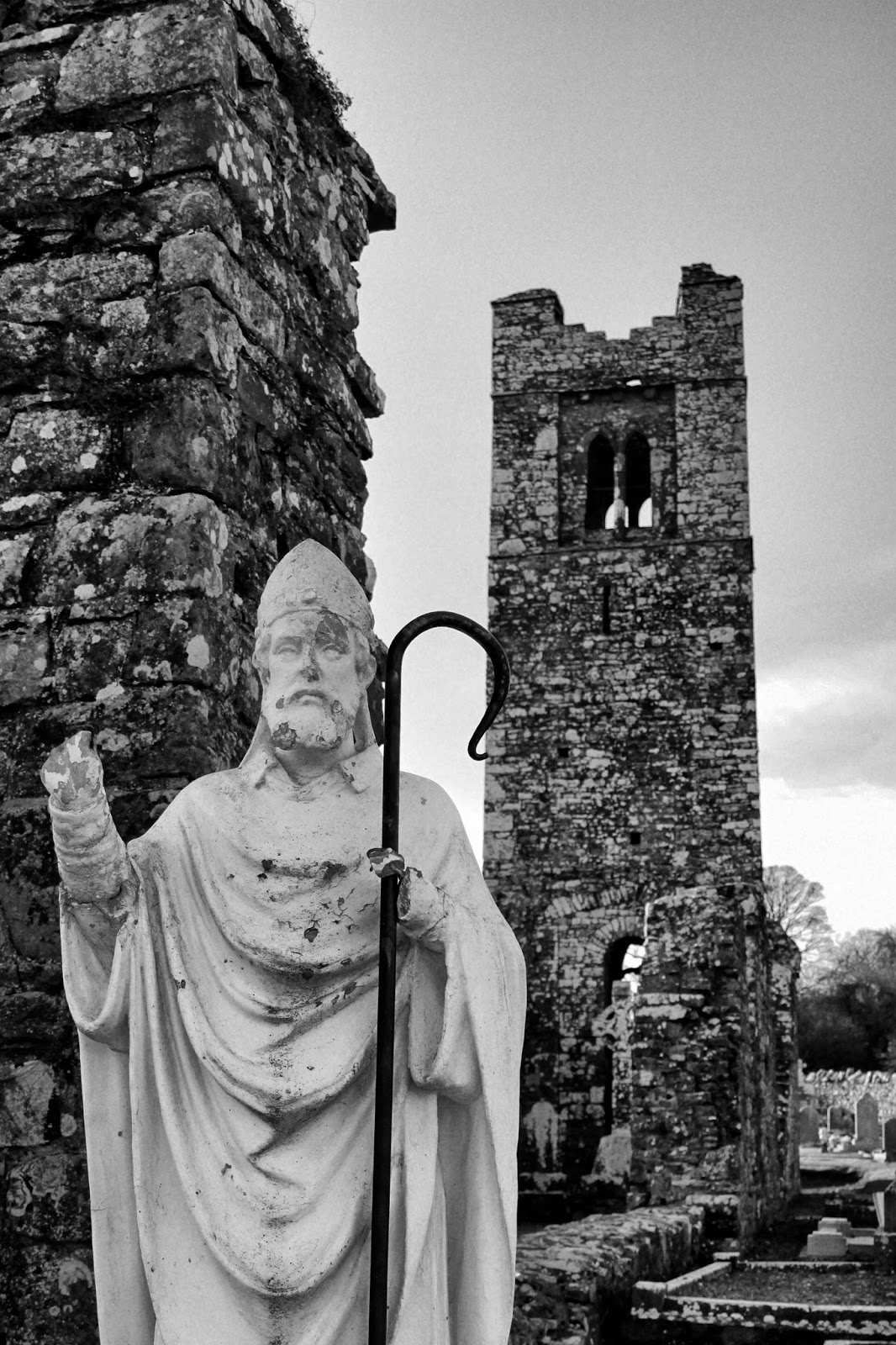 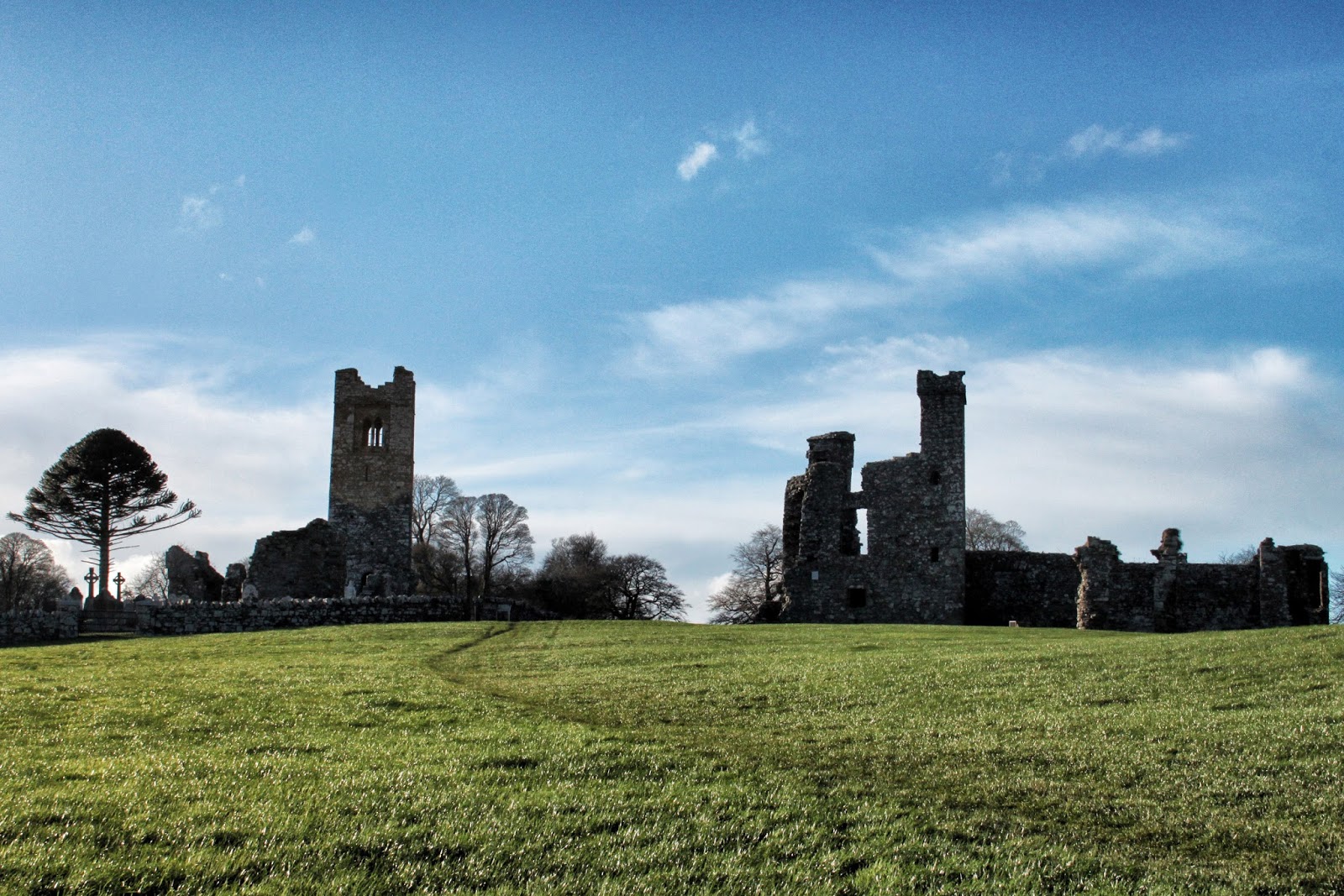 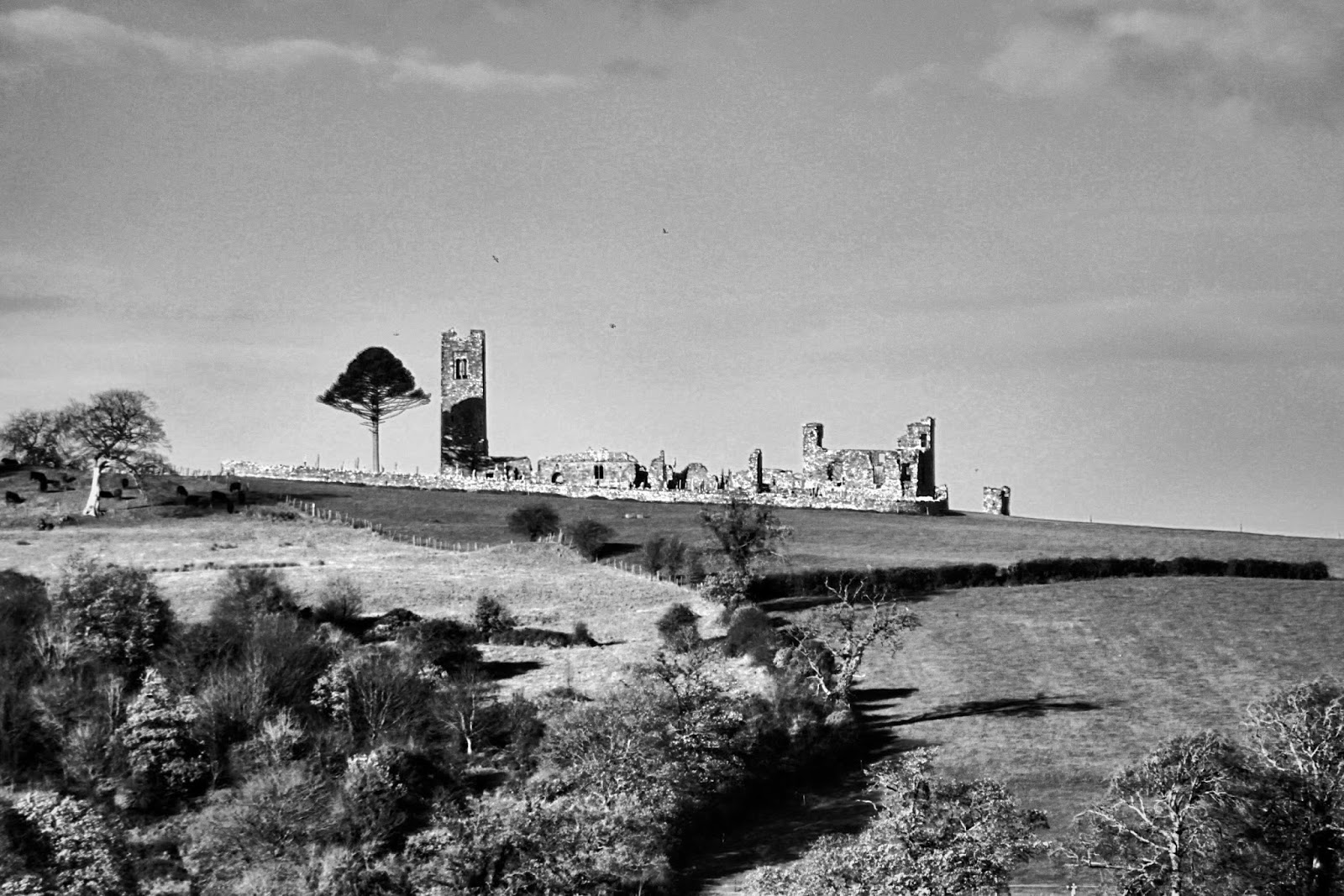 The impressive site of The Hill Of Slane stands 158 meters above the surrounding area.
As it is such a large site it is possible to be seen well in advance when travelling on the N2 to Slane from Dublin.

It is claimed (but disputed) that St Patrick lit a paschal fire on it's summit in 433 AD while a festival was being celebrated on the nearby Hill Of Tara.  This was in defiance of the High King Laoire whose pagan beliefs were that no other fires should be lit during pagan festivals.

What you can see today is mostly dated from the 15th Century.
It is said to have been built on a earlier site.
The 19 meter high Gothic tower (image no 2) was founded along with the Franciscan friary and the collage (image no 3) by Sir Christopher Fleming in 1512.

Access - The site is signposted on your left as you leave Slane heading towards Collon.
Parking is not a problem as their is a good size clearing (you are warned not to leave valuables visible as cars have been broken into).
From the car park you are left a short up hill walk to the site.