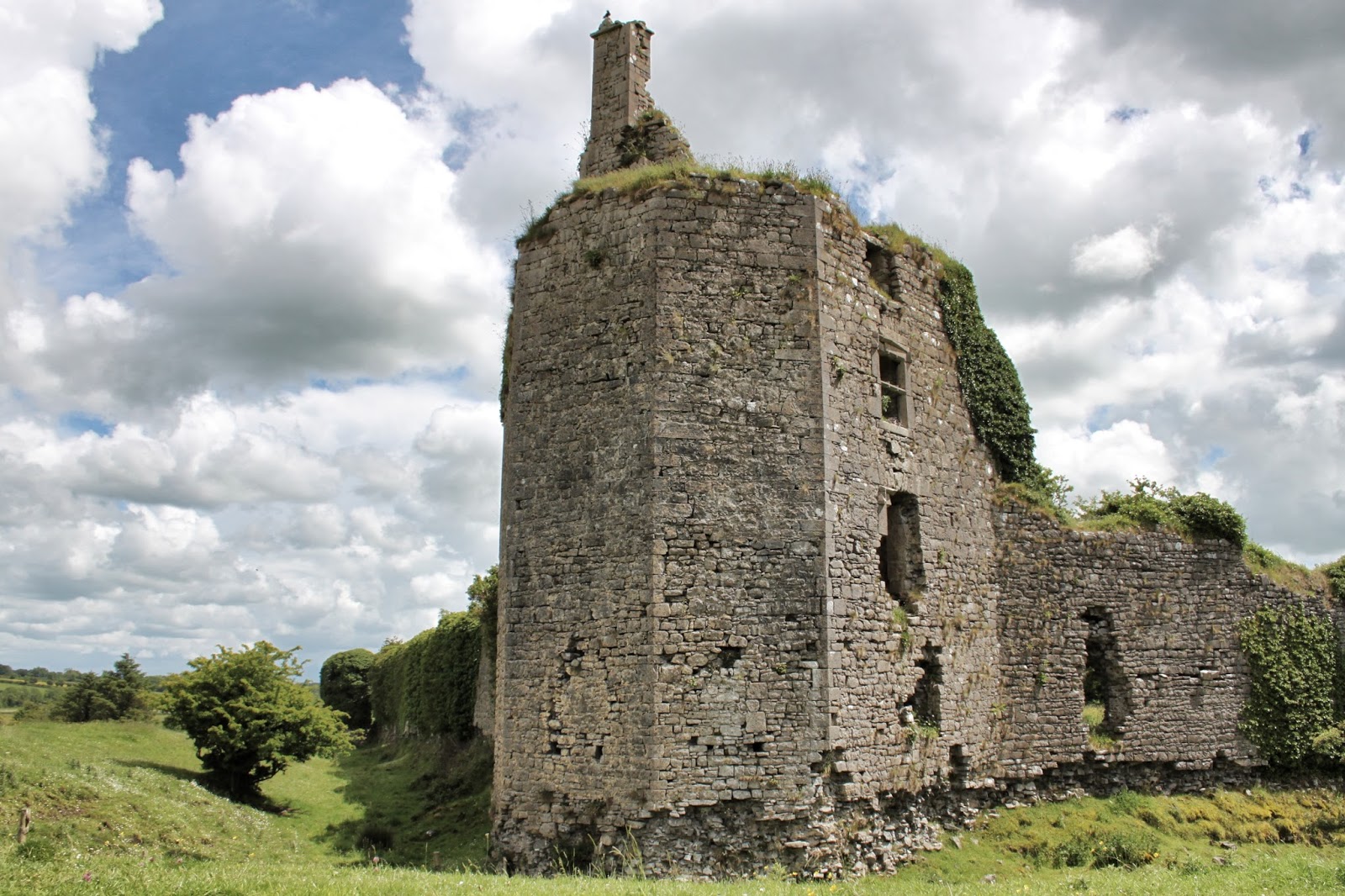 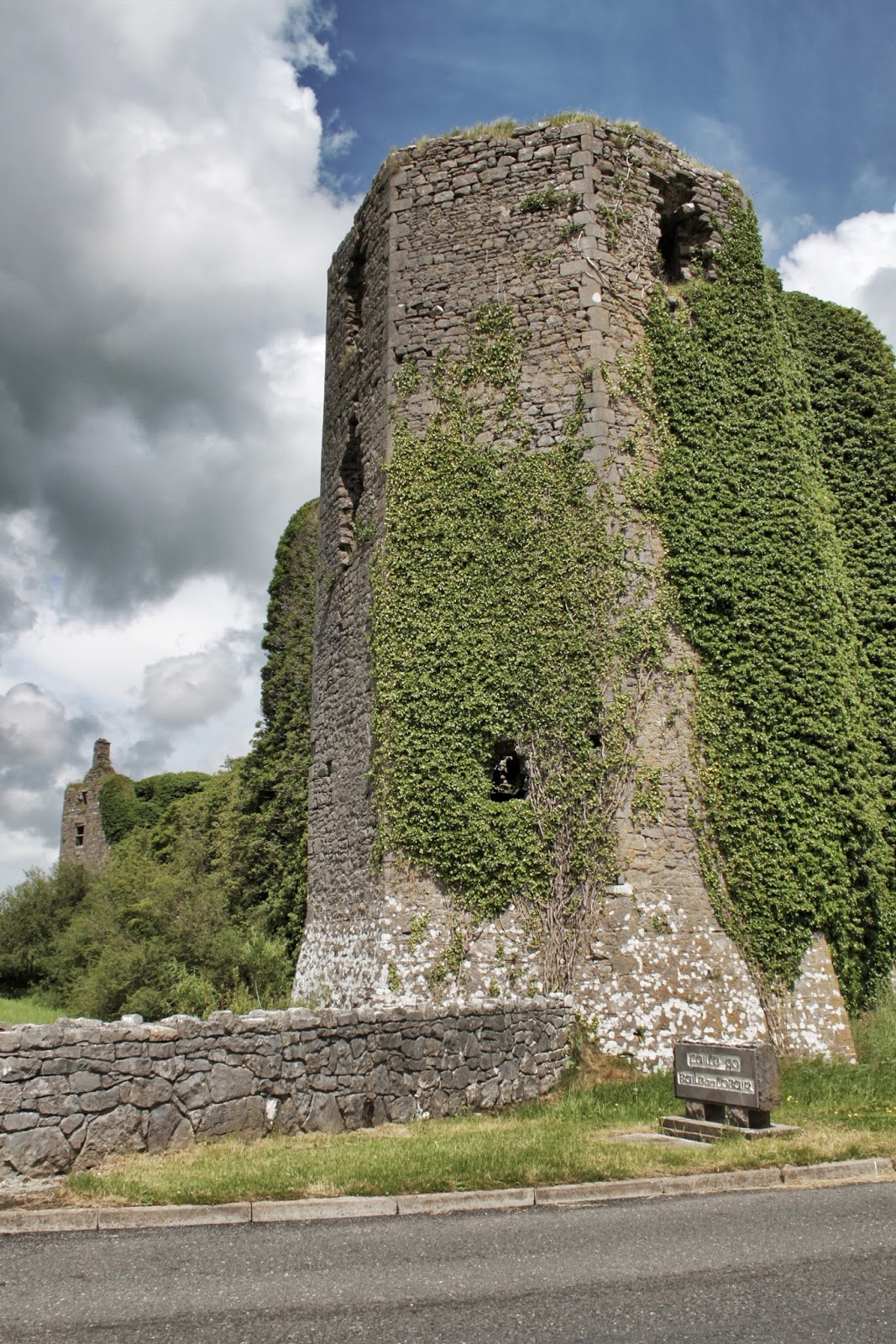 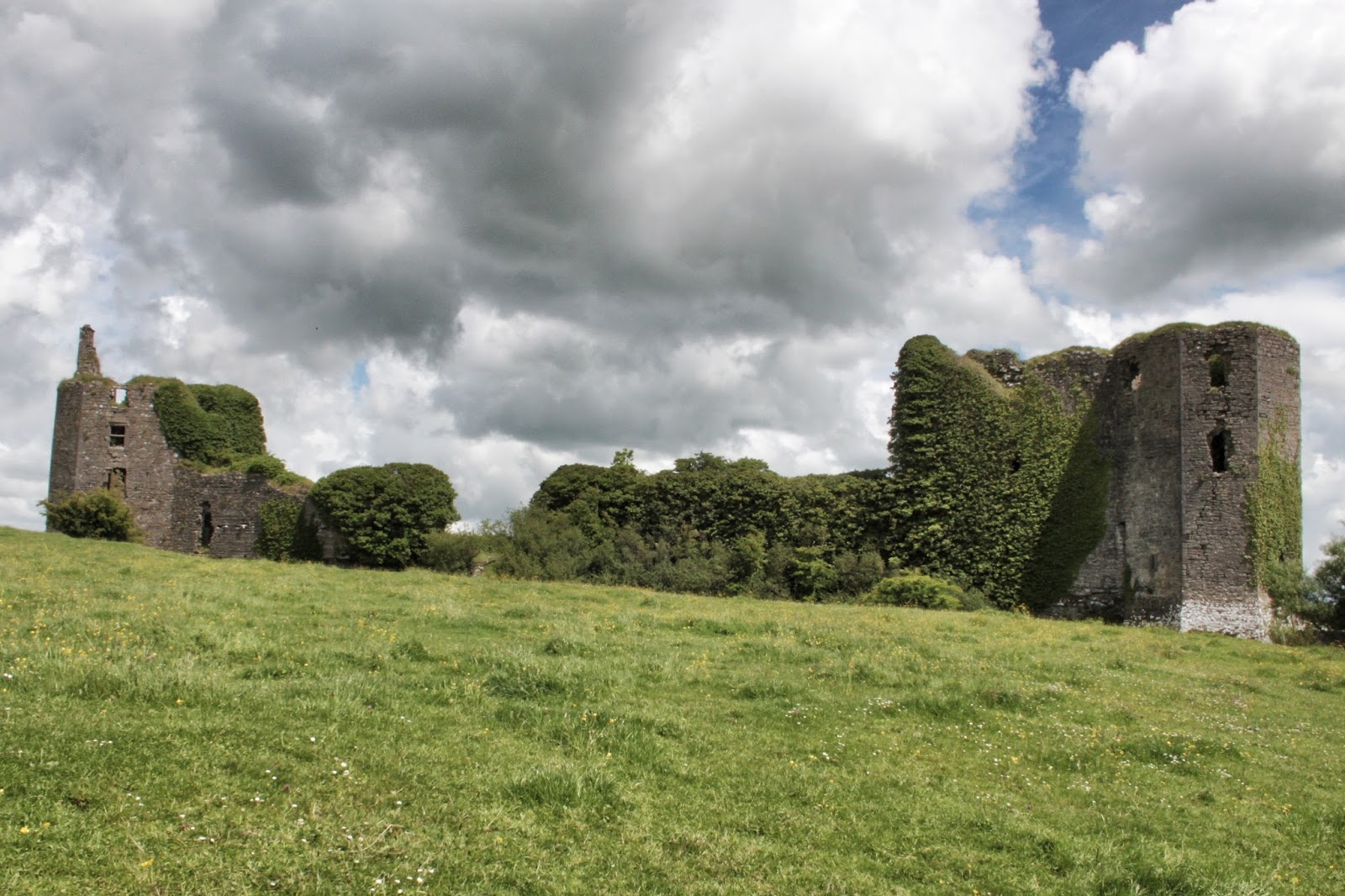 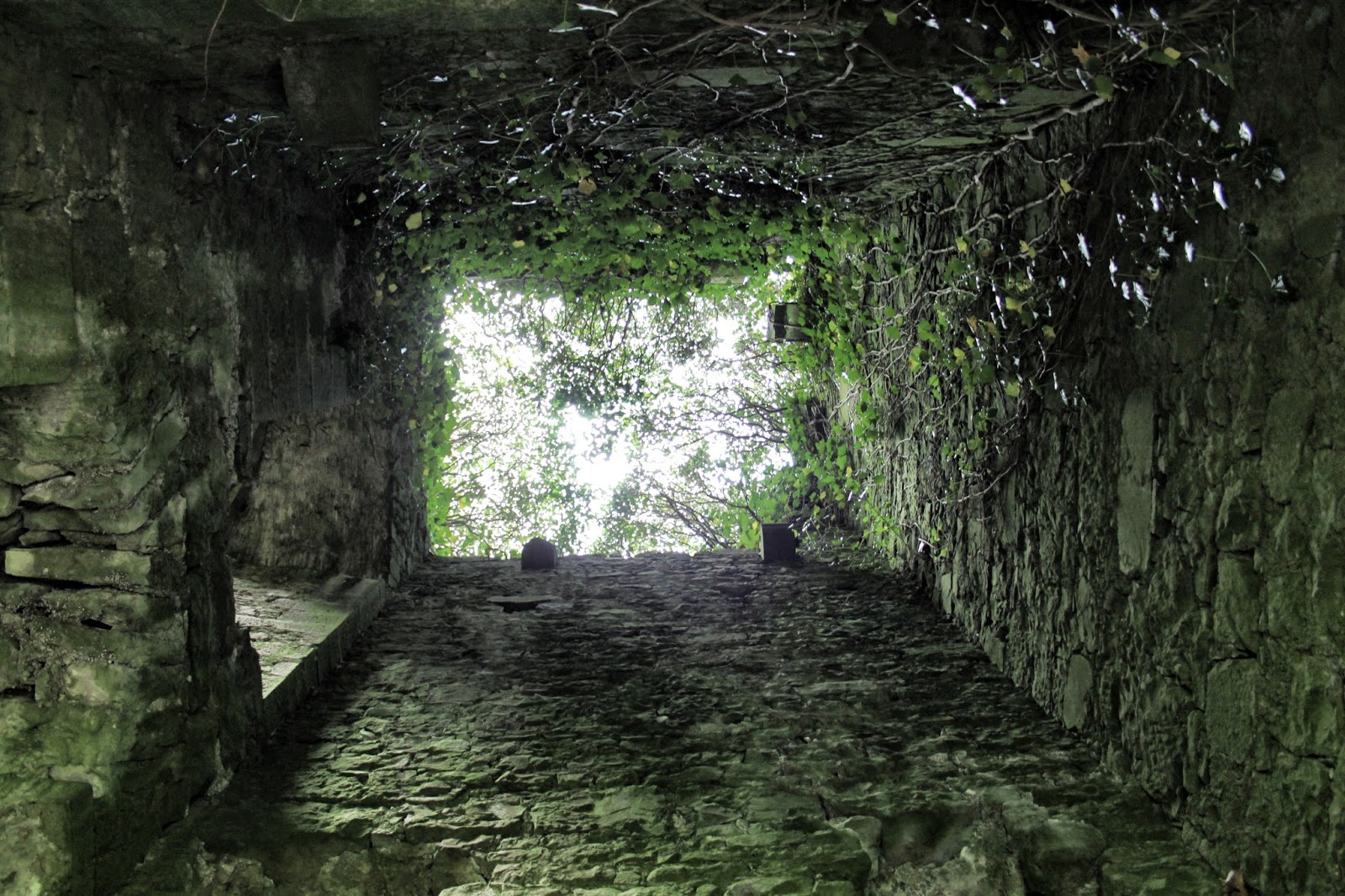 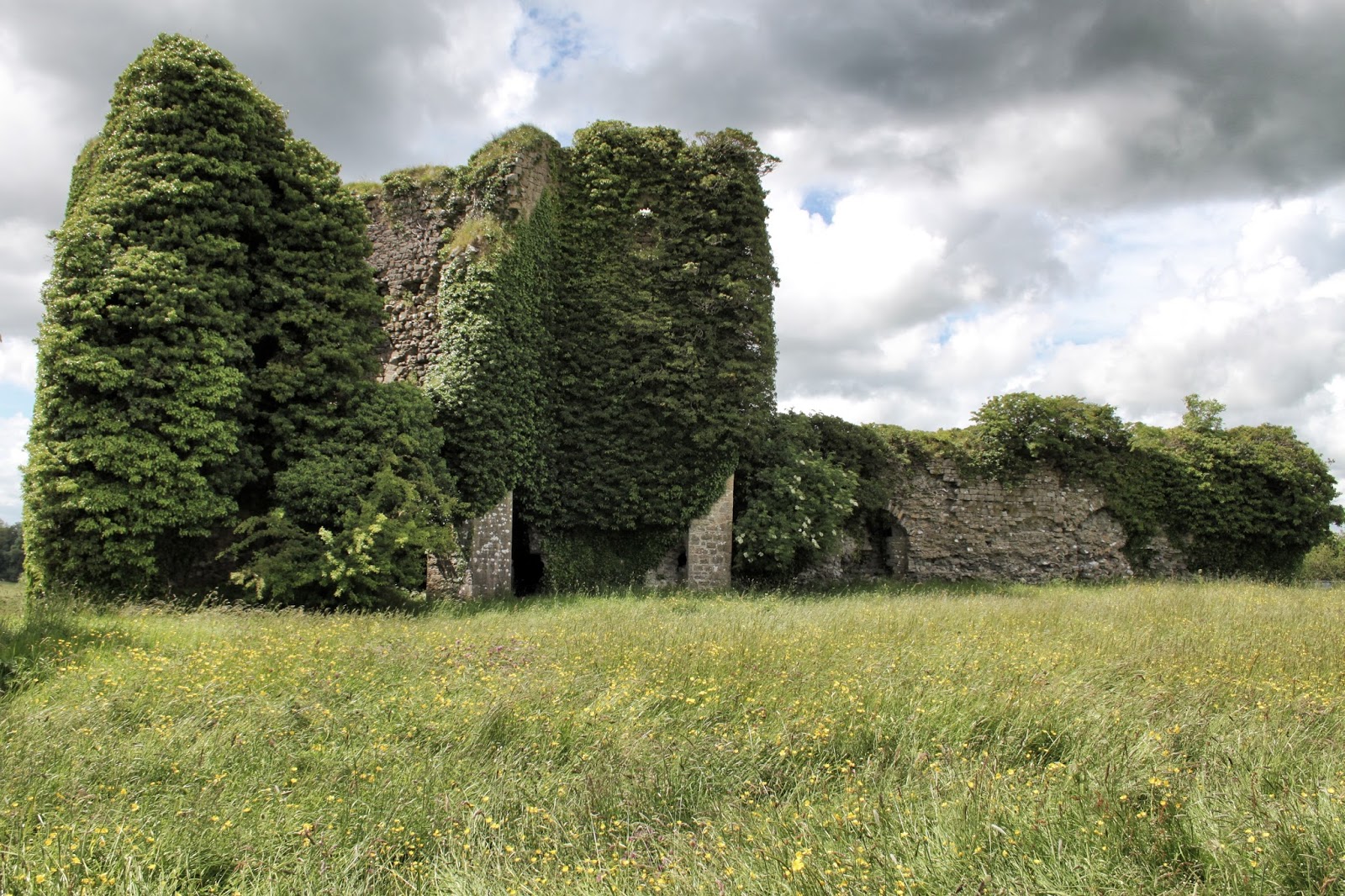 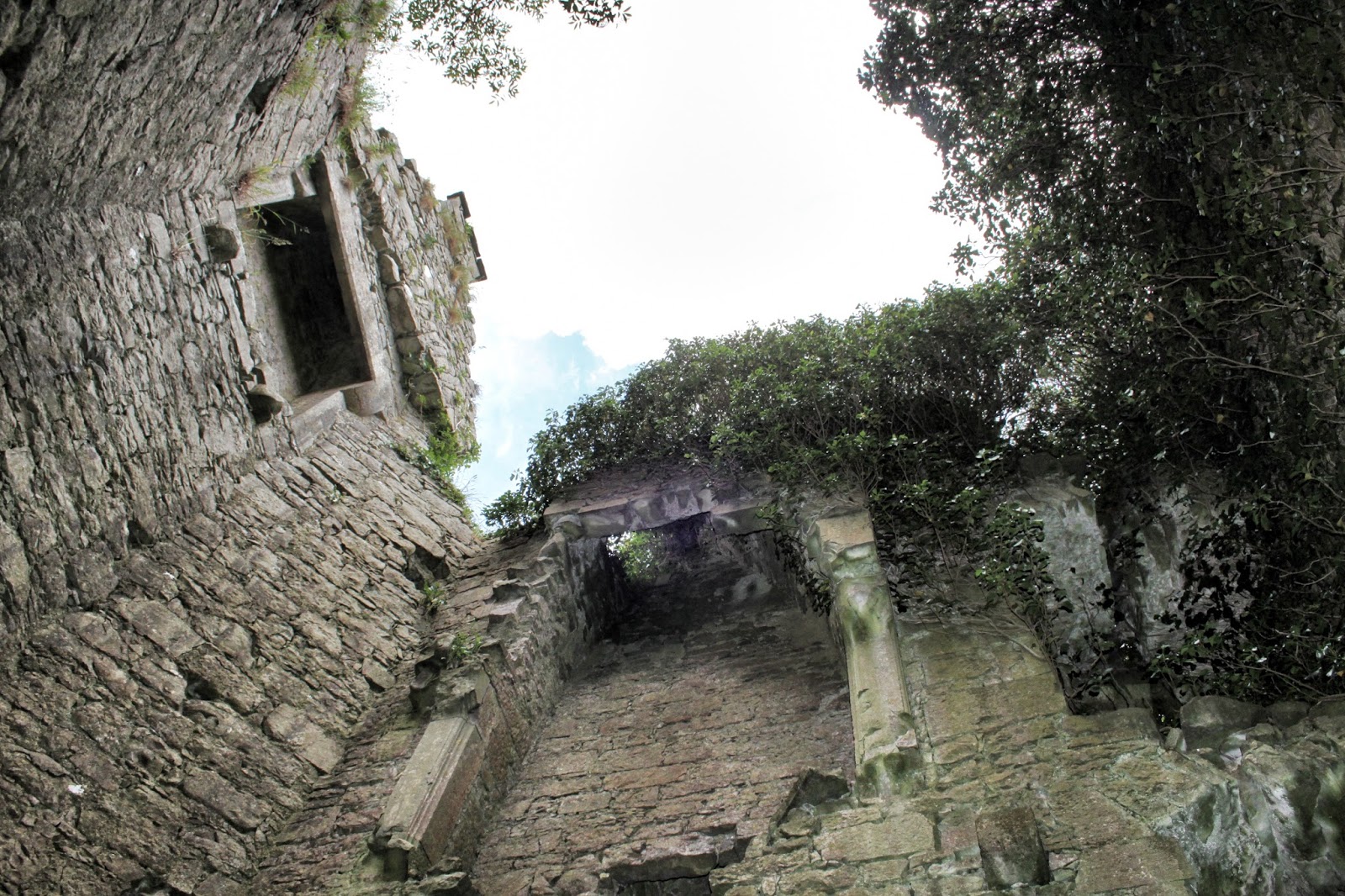 Ballintober Castle is thought to date back as far as the 13th Century.
The original building of the castle is claimed to be the work of William de Burgo.
The castle fell into the hands of the O'Connors in the 14th century and remained in their possession for many centuries.

The castle was surrendered to Red Hugh O'Donnell in 1598, the walls of the castle were breached in this attack as cannons were fired upon them.

The castle became a centre for Catholic resistance in 1641, and as a result it was confiscated in 1652.

The O'Connors regained possession in 1677 and remained in residence until 1701, when it was abandoned.

The castle consists of large polygonal towers in the corners, the remains of a gate house can be seen in the East wall.
Inside the vast internal area is about 3000 square meters.

The castle was originally surrounded by a wide moat, part of which can be seen in the lead image.

Access - The castle can be pretty much seen from all roads that lead into Ballintober.
Parking is not a problem as a small residential estate is opposite the castle.