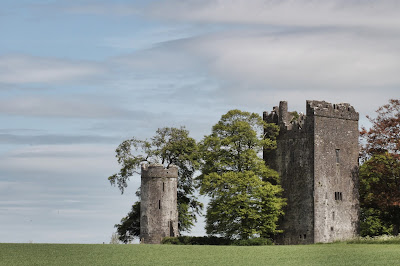 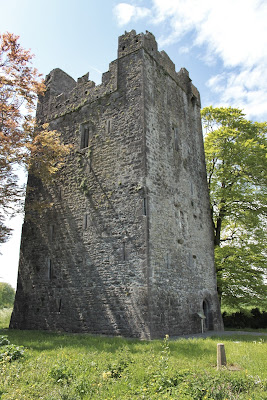 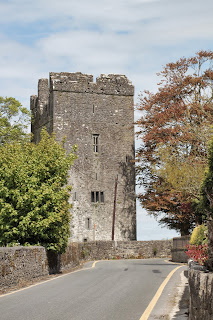 Burnchurch Castle is a 15th Century Norman tower house that has aged very well.
Built by the Burnchurch branch of the Fitzgerald family, little of the history of the castle is known.
The castle is six storeys high and was originally connected to a walled courtyard.
The turret like tower to the left of the castle still has part of a wall showing at the base.

The interior has a vault under the castle with the main chamber built above it.
Access to the upper floors is via a curved staircase, which is built inside the walls.
Also within the walls are a number of passages which include a secret room on the fourth floor.

The castle was occupied until 1817 and came into state care in 1993 and is now listed as a National Monument.

Access - The site although very close to the road is located on a bad bend.
Parking can be found to one side of the entrance (on a working farm), leaving a small walk to the castle.


Posted by Tony Mulraney at Thursday, September 24, 2015 No comments: