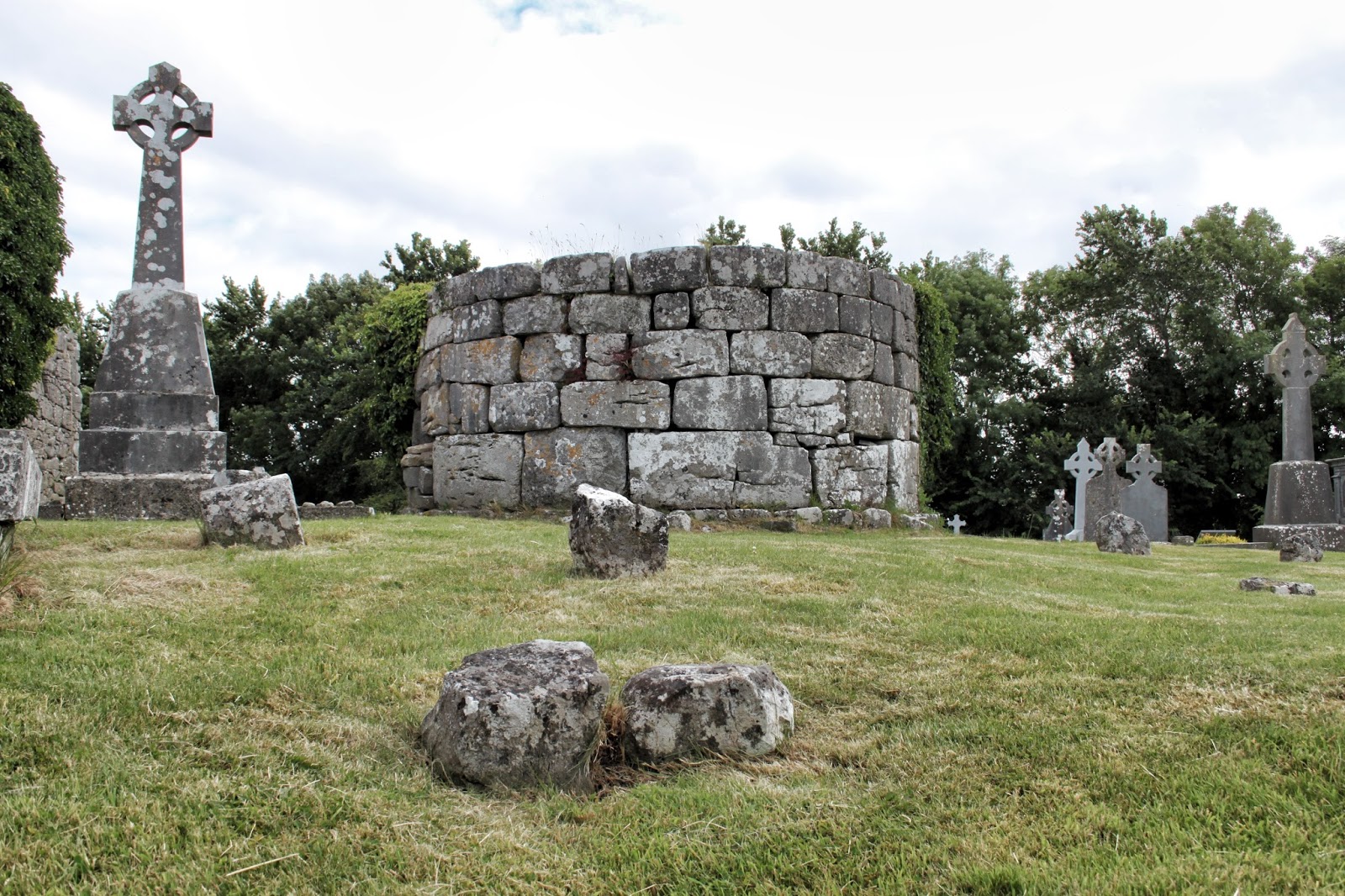 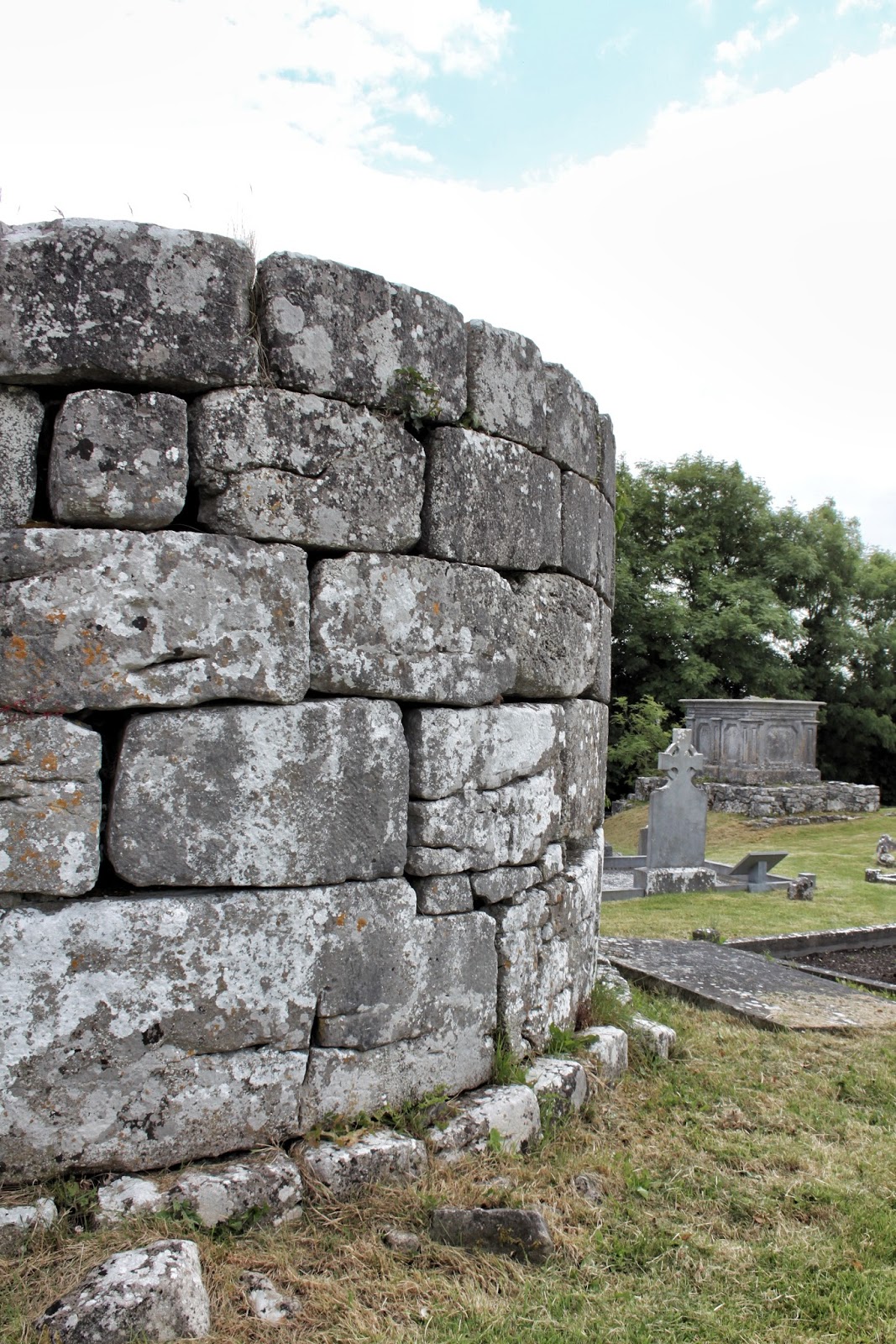 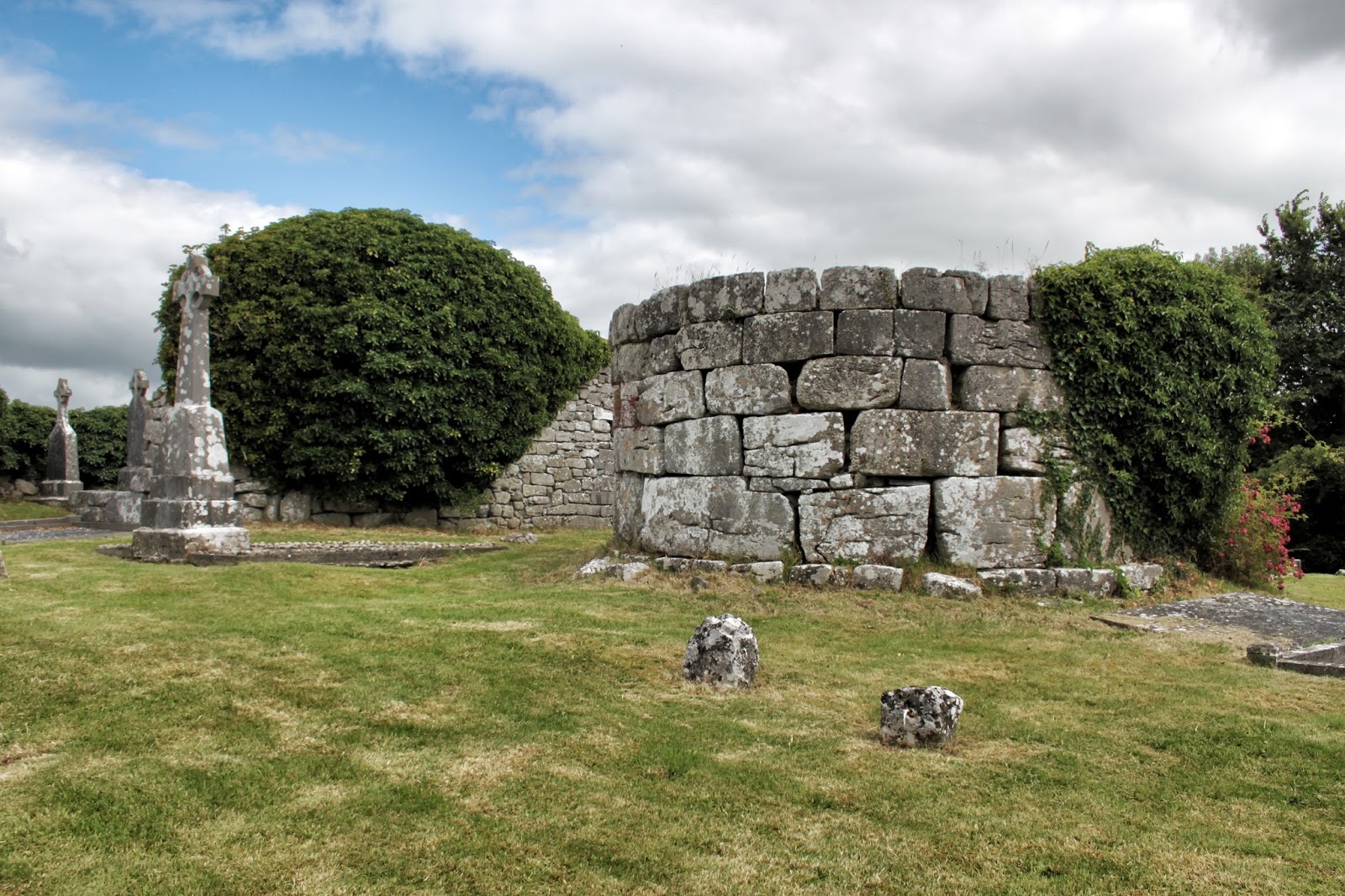 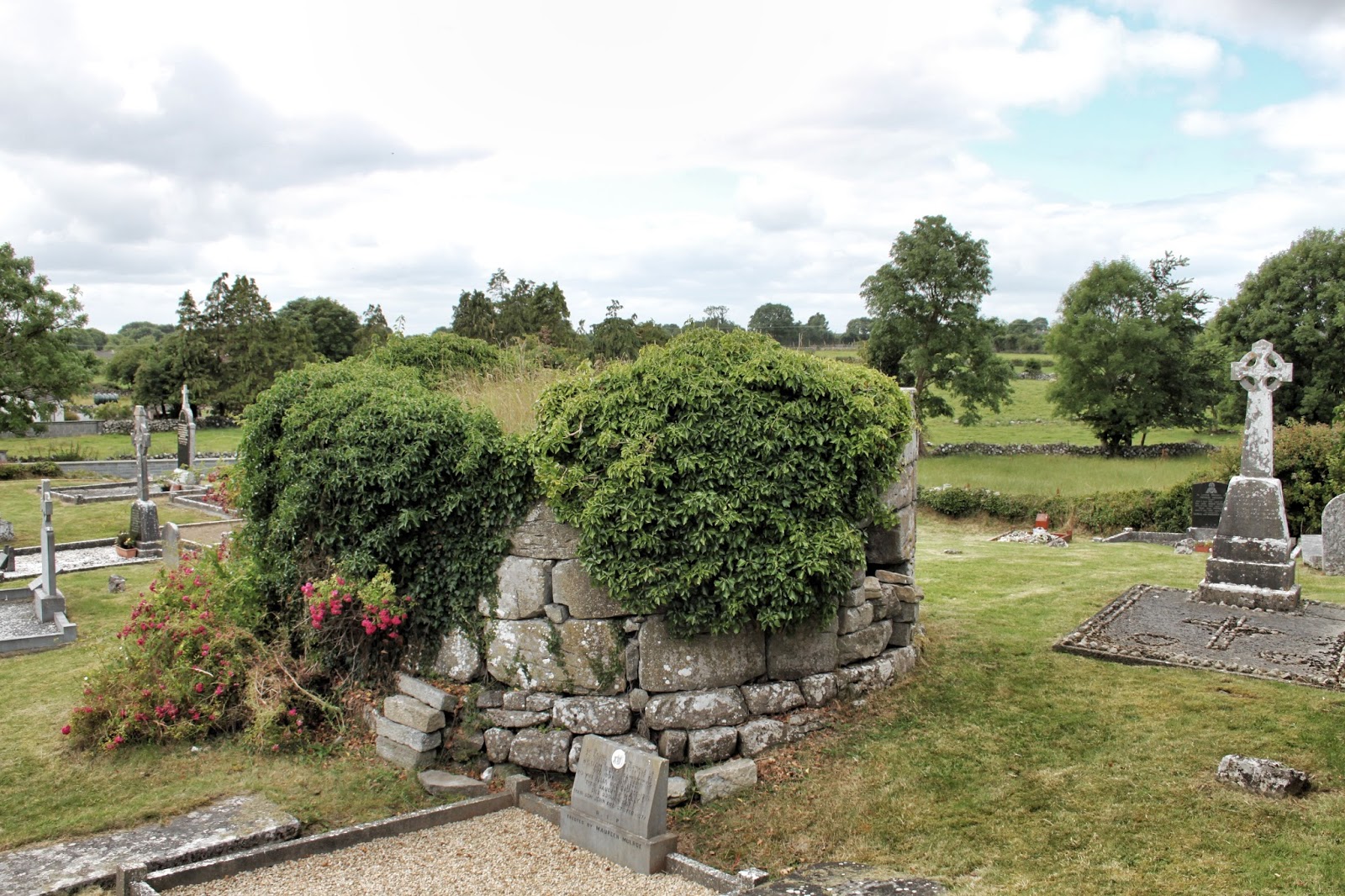 Kilcoona derives it's name from the saint Cuana who founded a monastery on this site in the 7th Century.
Saint Cuana is noted as one of the ancient Irish writers.  "The Annals Of Cuana" are attributed to him.

The round tower is dated from the 12th Century.
The tower is 3 meters high.
The most striking feature of the tower are the massive blocks of dressed limestone.
Some of these stones have been cut into each other.
The tower as you find it today is half overgrown and nearly filled to the tip with rubble.

Access - The tower is located in the beautiful kept graveyard of Kilcoona village.
Parking is not a problem.
Galway has bigger and more famous towers but Kilcoona is well worth seeing for the unusual stonework and well kept graveyard.

Posted by Tony Mulraney at Friday, September 19, 2014 No comments: