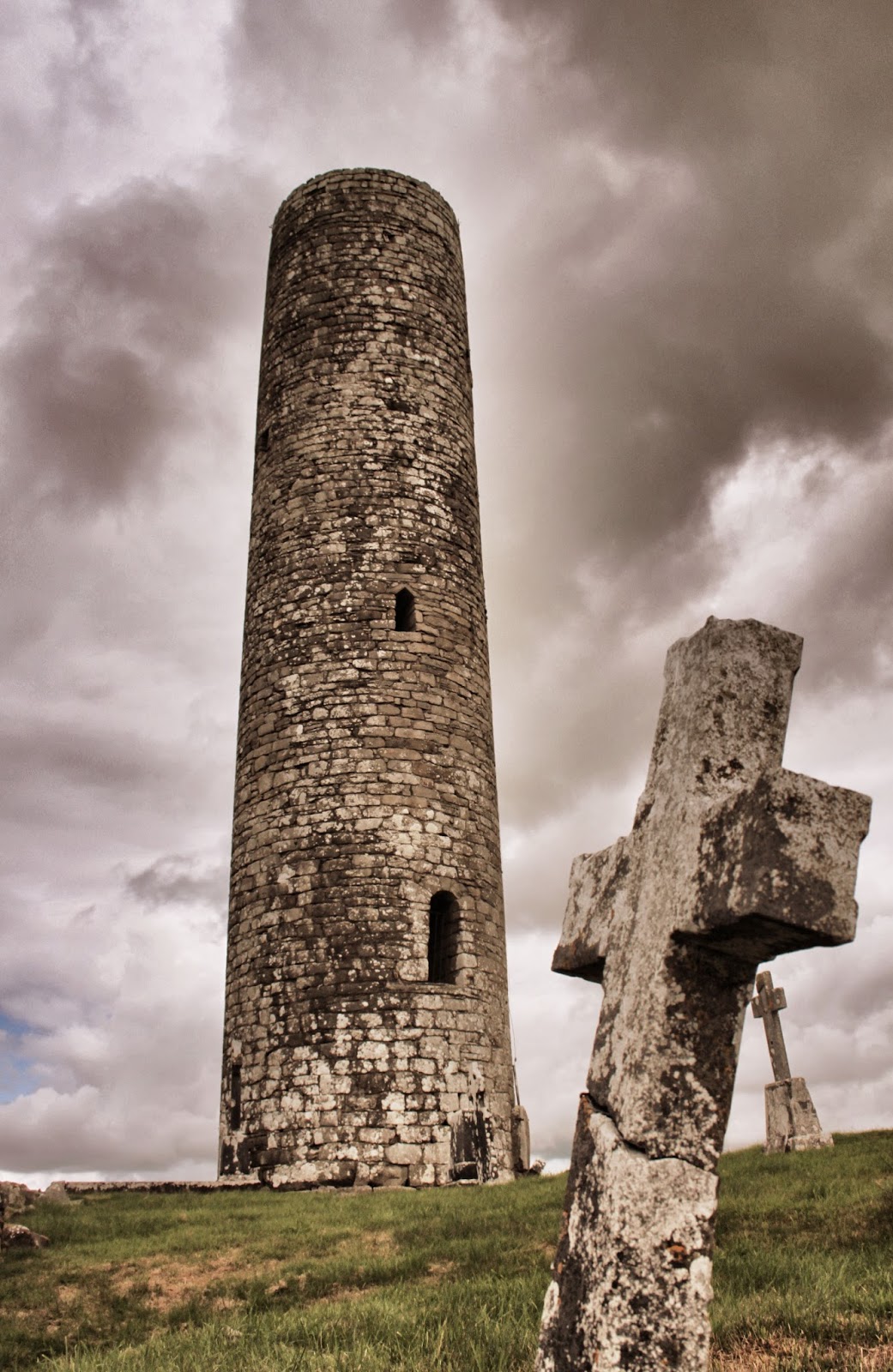 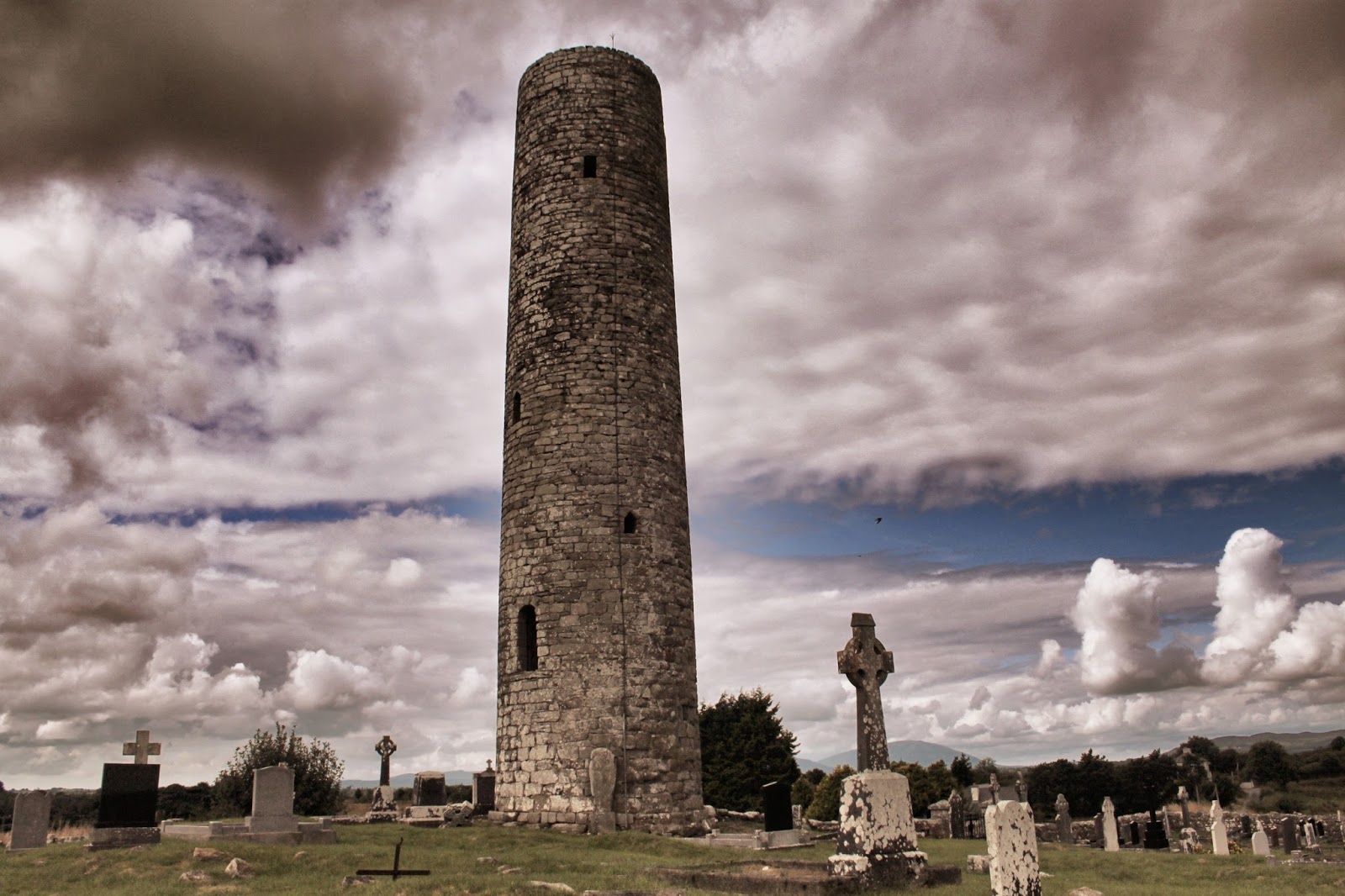 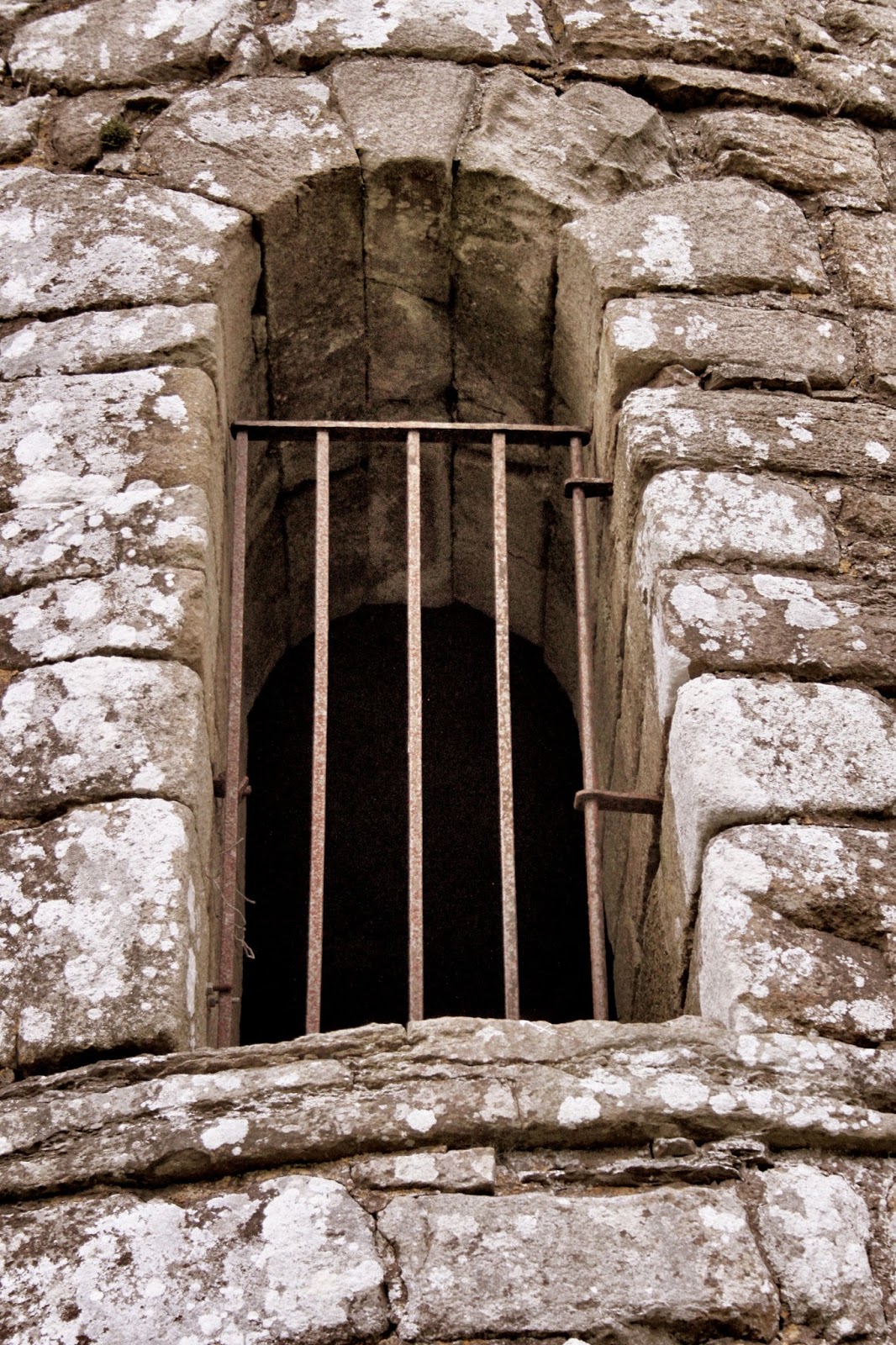 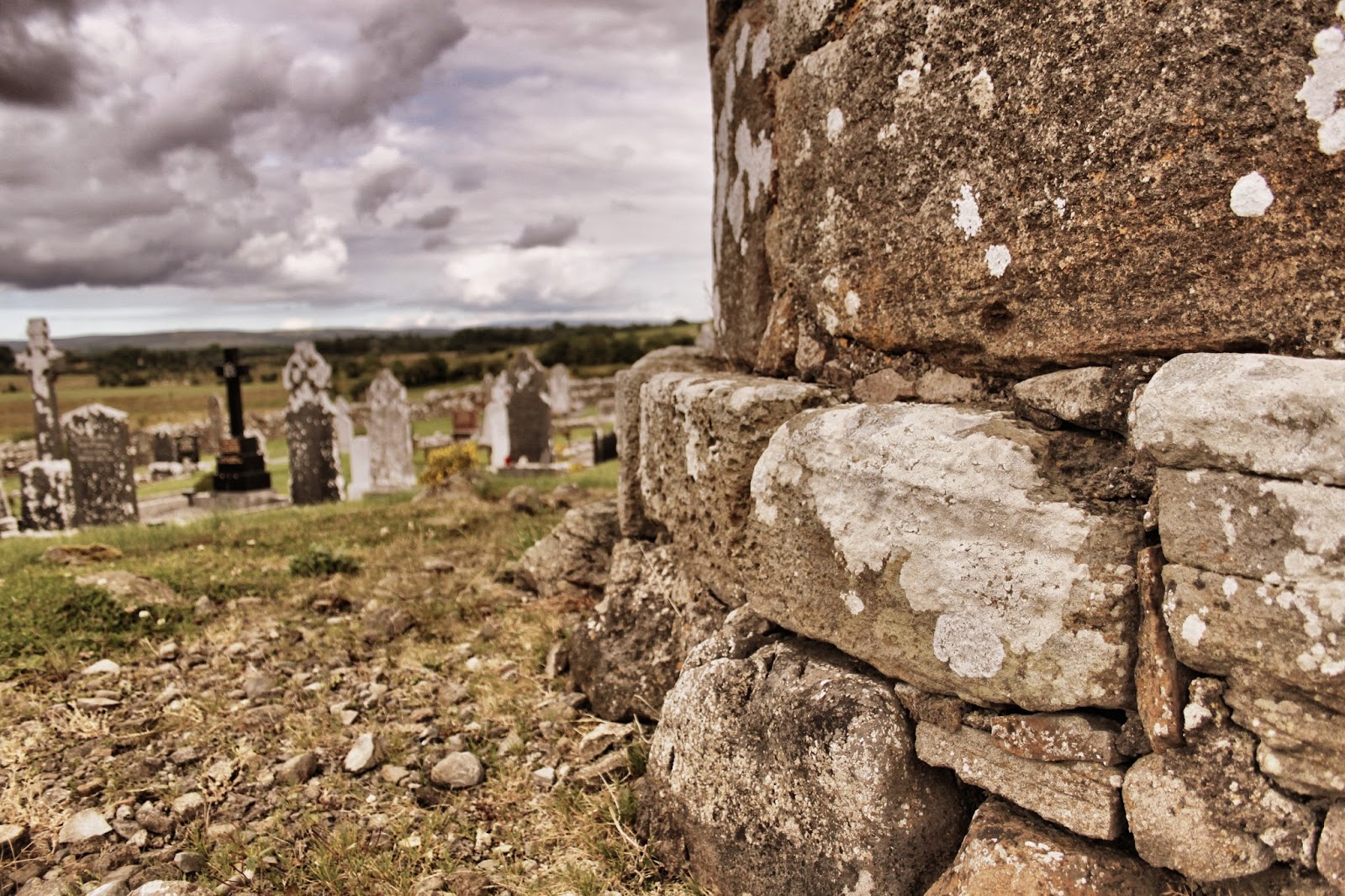 Of the many round towers I have been lucky to visit Meelick Round Tower would have to be in my top 10 favourite tower sites.

The tower is 22 meters high with the doorway just under 3.5 meters from the base.
The brick work on the tower is sandstone, but looks like it has been scraped or blasted (which gives the stone a very bare look).

The tower is thought to have been built between the mid 9th Century and early 10th Century and is located on a monastic site associated with St Broccaidh.

At the base of the tower is a headstone which bears the inscription Or Oit Do Grieni (a prayer for Griene ).

Access -  The tower can be seen from the N5 on your left before Swinford heading north.
From there just follow one of the two roads that bring you to the tower.
Parking will not be a problem as the location is a graveyard that is still in use today.


Posted by Tony Mulraney at Tuesday, February 18, 2014 No comments: