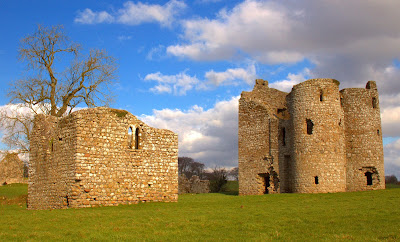 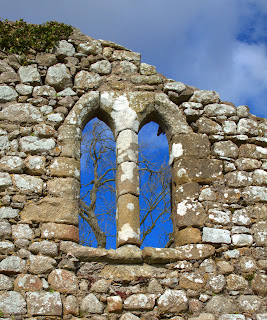 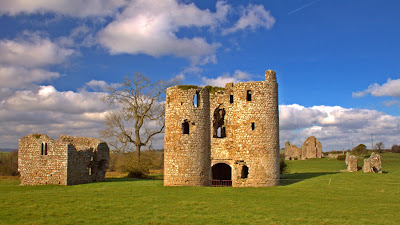 This vast ruins of Ballylouhan Castle can be found just a short drive from the R724 off the main Bagenalstown  Fenagh road.
Like the nearby Ballymoon Castle very little is known about the history of Ballyloughan.
What is known or thought is that it was probably built in the 13th century.
The owners were probably the Kavanagh family who were prominent in Carlow at that time.
The fully enclosed site would have had four towers and it is though that the castle was originally surrounded by a moat.
The stand out feature of this site is the gatehouse. (From the inside you can climb to an upper level.)
Access; the castle is on private land but is well signposted from the surrounding area.
The road/lane which brings you up to the castle is quite narrow so park as close as you can to the entrance.

Posted by Tony Mulraney at Wednesday, March 27, 2013 No comments: