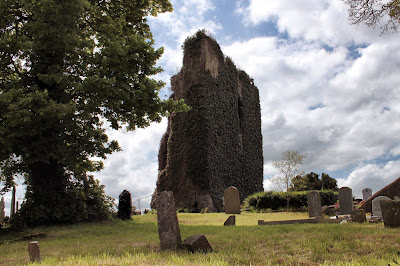 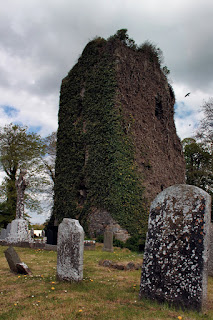 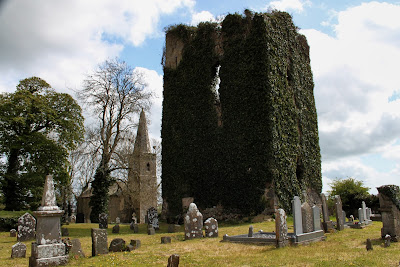 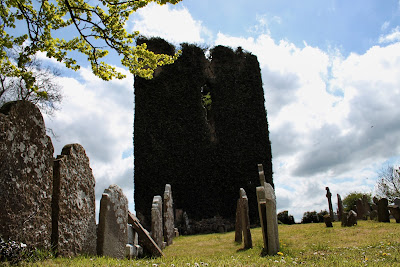 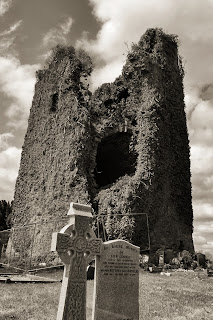 The ivy covered ruin of Bruree Castle can be found in the beautifully kept Ballynoe graveyard.

The ruin according to a badly damaged plaque at the entrance to the graveyard states the castle is also know as Ballynoe Castle.

The castle would also appear to be referred to occasionally as the higher castle as it is built on high ground overlooking the village of Bruree - with the Maigue River flowing just below it and there are some other castle's situated close by on lower ground once owned by the De Lacy's.

Bruree castle is dated to the 14th Century (the claim that the Knights Templars built this castle in the 12th century is unsupported).

Cromwell's troops took the castle in the 15th Century and apart from that not much else is known about the history of the castle.
Indeed if you put Ballynoe Castle into a search engine you will find out about a champion show jumping horse with an unusual condition.

Today the ruin has fencing protecting the open lower part of the castle (image 5) which prevents the ruin from being further explored.

Access - The castle is very visible as you enter Bruree.
Parking can be found in the lane way that brings you up the graveyard.