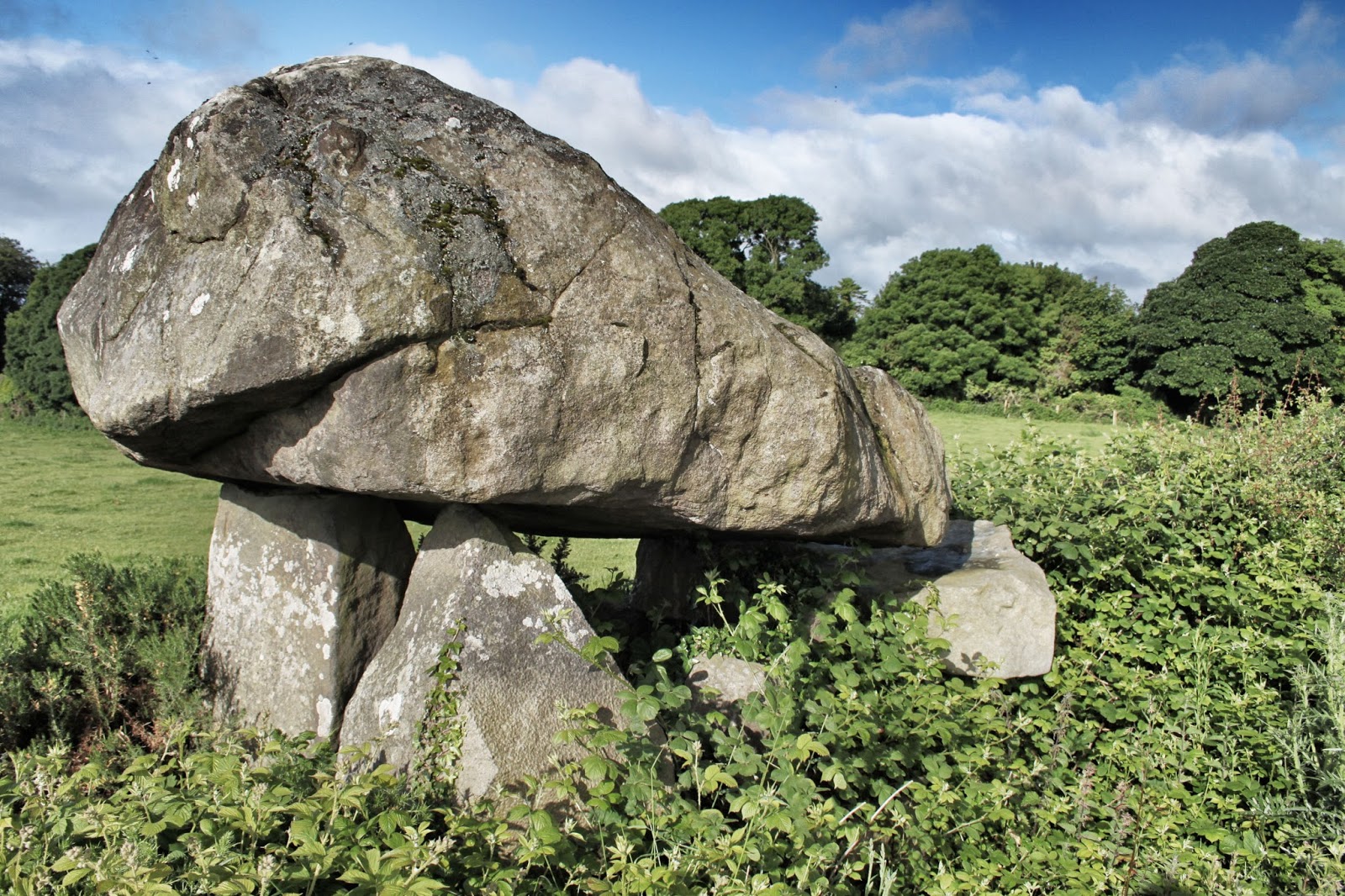 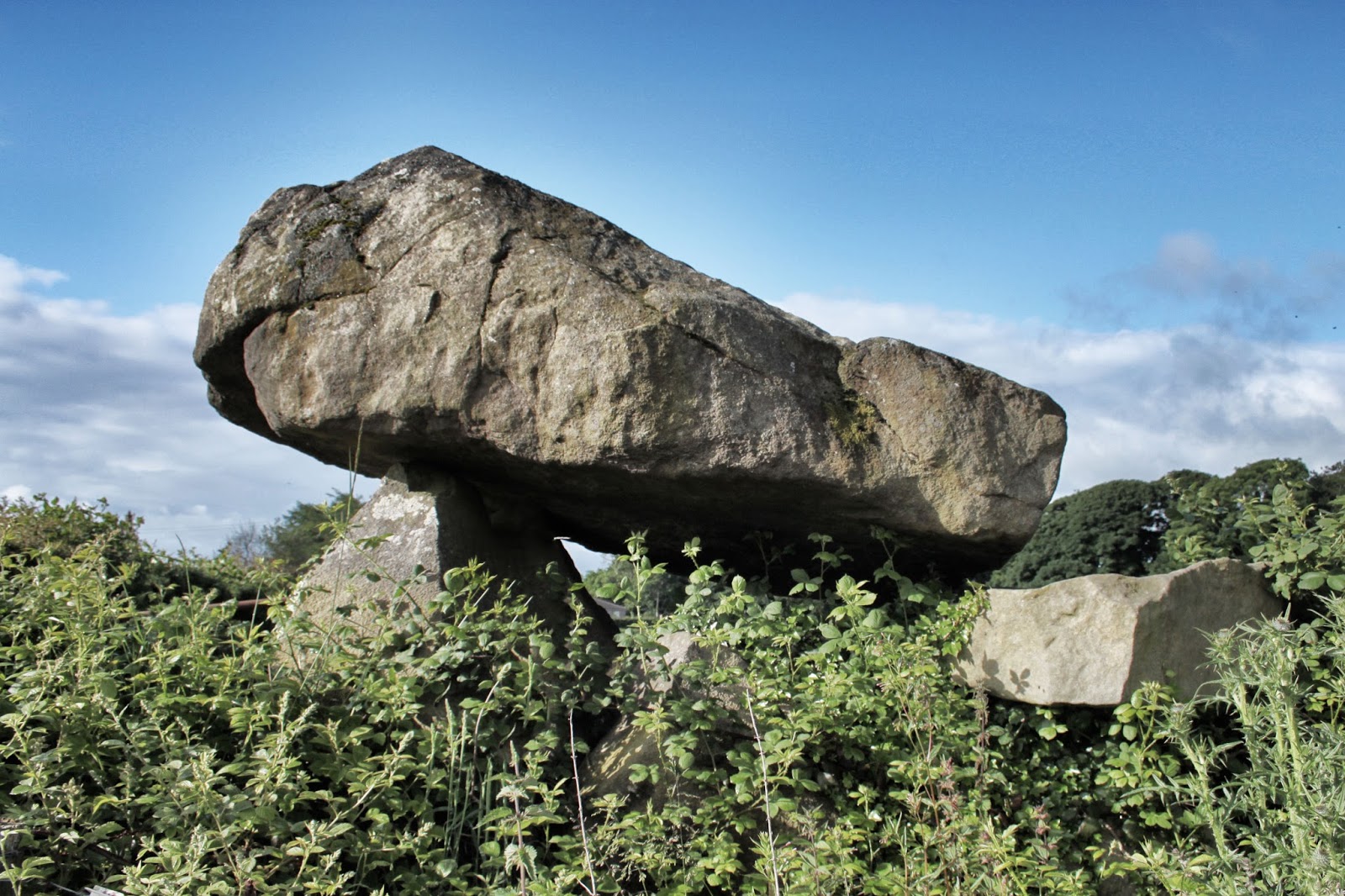 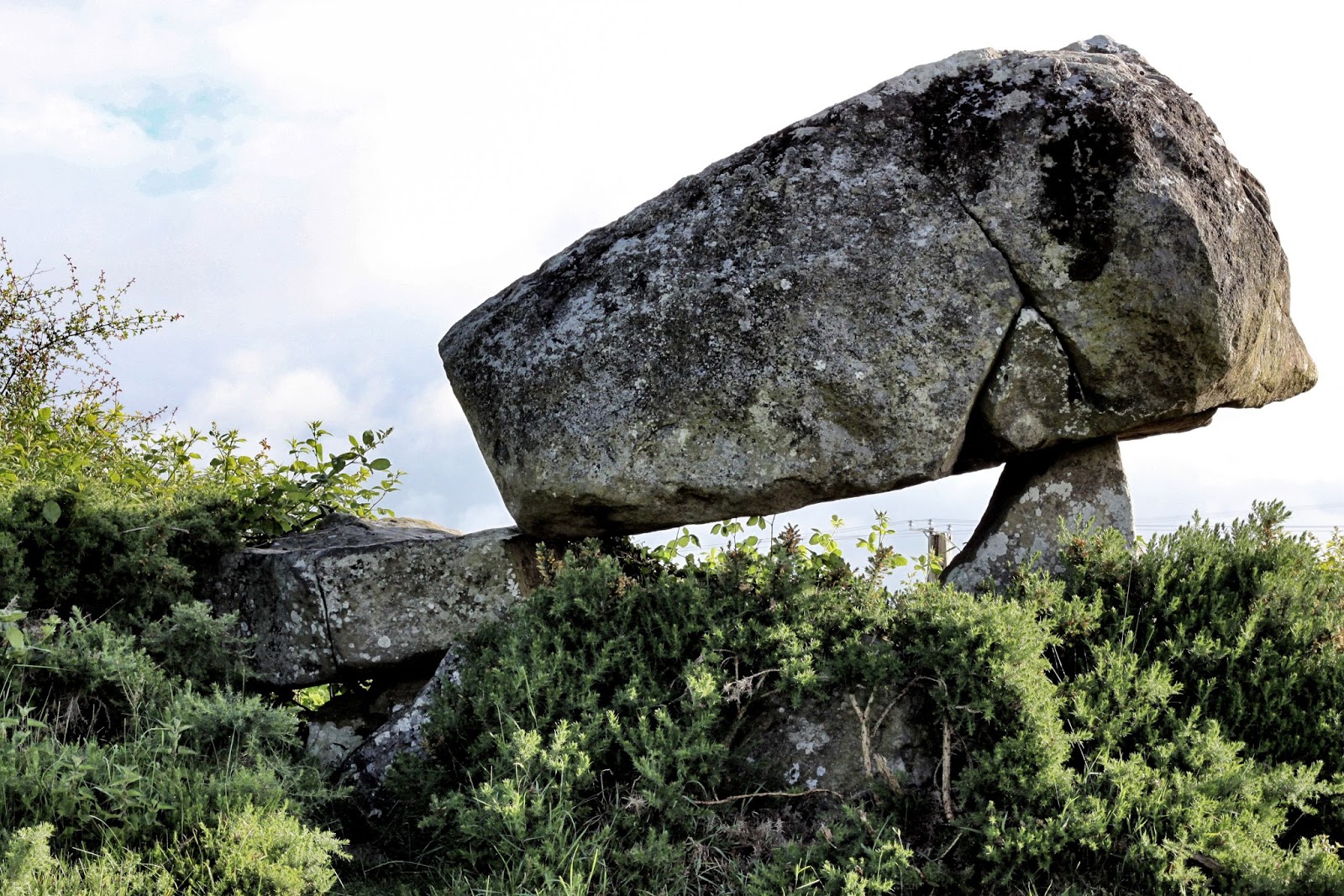 This was my second attempt to visit the superb Greengraves Portal Tomb
(also known as) The Kempe Stones.
The first attempt failed due to roadworks on the A20 close to the tomb.

My excitement at finding the site was somewhat overshadowed with finding the tomb close to being overgrown on one side with very tall nettles and other weeds.
The overgrown side would seem to be part of a lane/walk way that brings you to the tomb.
This is very much not in keeping with how you normally find Heritage sites in Northern Ireland.

The tomb's impressive main capstone rests on two large portal stones, a smaller capstone sits at the back.
Everything about this tomb is just perfectly proportioned.
This is a site with real presence.
The tomb rises to over 3 meters.
On the ground is evidence of what was once a cairn (a few loose boulders).

The chamber of the tomb was excavated in 1830, human bones were found.

Access - I came at the tomb from the A20, drove very slowly down Greengraves Road and spotted the tomb on my right at the end of a field.

What I did not spot was the bull in next field who had access to an opening into the tombs field.
This brought about the lead shot as yours truly took to the higher ground to avoid said bull.