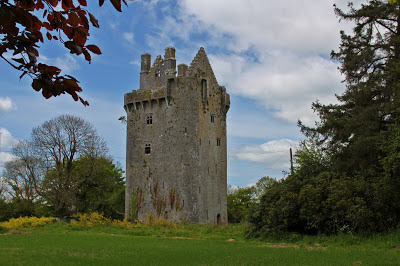 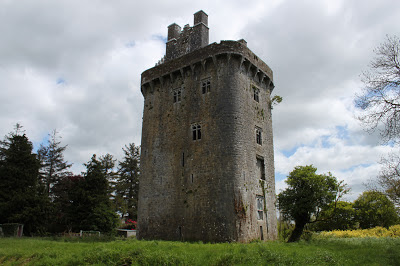 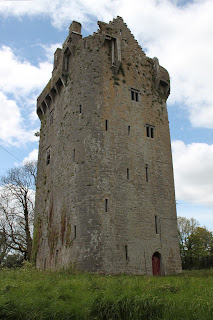 Lohort Castle dates back to 1184 when it was built by Prince John, who soon after became King of England in 1199.
The castle is over 24 meters in height, with the walls at the base said to be over 3 meters in thickness.
A moat circles the ruin, but it is filled in on the entrance side (where the drawbridge would have been).
Donagh Og MaCarthy McDonagh rebuilt the castle in 1496 after the ravages of many battles.

Lohort was the scene of one of the bloodiest battles of the English Civil War in 1647.  Cromwell's troops attacked the castle but were unable to take it and after a few short hours of battle over 4500 men lay dead.

I'm sure there has to be an easier route to this castle other than the route I took which included climbing through tree's, hedges, nettles and walking around a couple of field's so click on the location/map link and good luck.