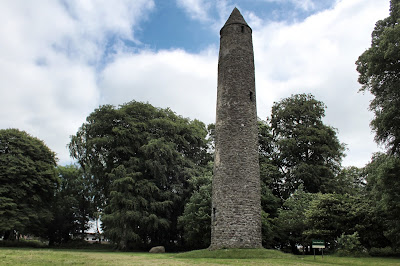 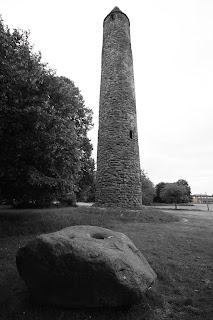 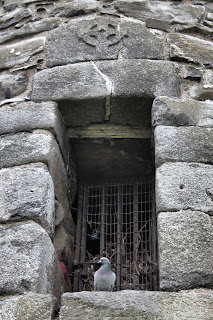 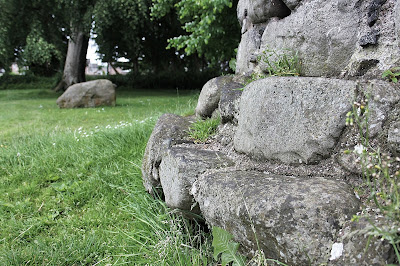 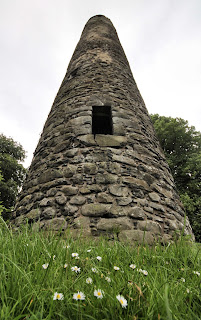 Antrim Round Tower is an impressive 28 metre tall tower that is dated around the 10th Century.
The tower is known locally as The Steeple.
The doorway is over 2 meters from ground level.
Above the doorway features a carving of a Celtic cross (image 3).

The site is all that remains of a monastic settlement which dates as far back as 495 AD and is said to have been founded by St Aeibh.

The Annals of the Four Masters report that the site was destroyed in 1018 and burned in 1147.

The area was landscaped during the 19th century and parts of the settlement were demolished and cleared away.

The  surrounding area was turned into a private Demise and repairs were carried out on the tower at this time.

A large boulder is known as the Witch's Stone, it has two bullauns and lies approximately 6 meters from the tower

Access  - The tower is located in parkland that can be accessed from Steeple Road.


Posted by Tony Mulraney at Thursday, September 15, 2016 No comments: