Maghera Round Tower and Church 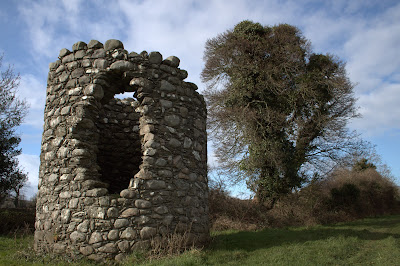 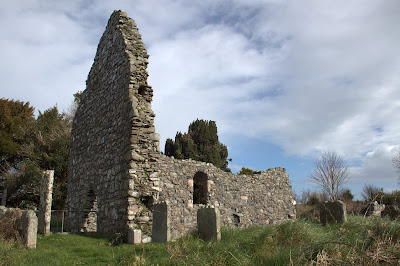 This is the stump of a 10th century round tower (nearly six meters tall) which is in a field to the north of the church. It is said to have survived at its original height until the early 18th century when it was damaged in a storm.
The Church is hidden behind the modern Church and is thought to date from the 13th century the graveyard (which is being cleaned up) is well worth a walk around.
Posted by Tony Mulraney at Tuesday, March 20, 2012 1 comment: