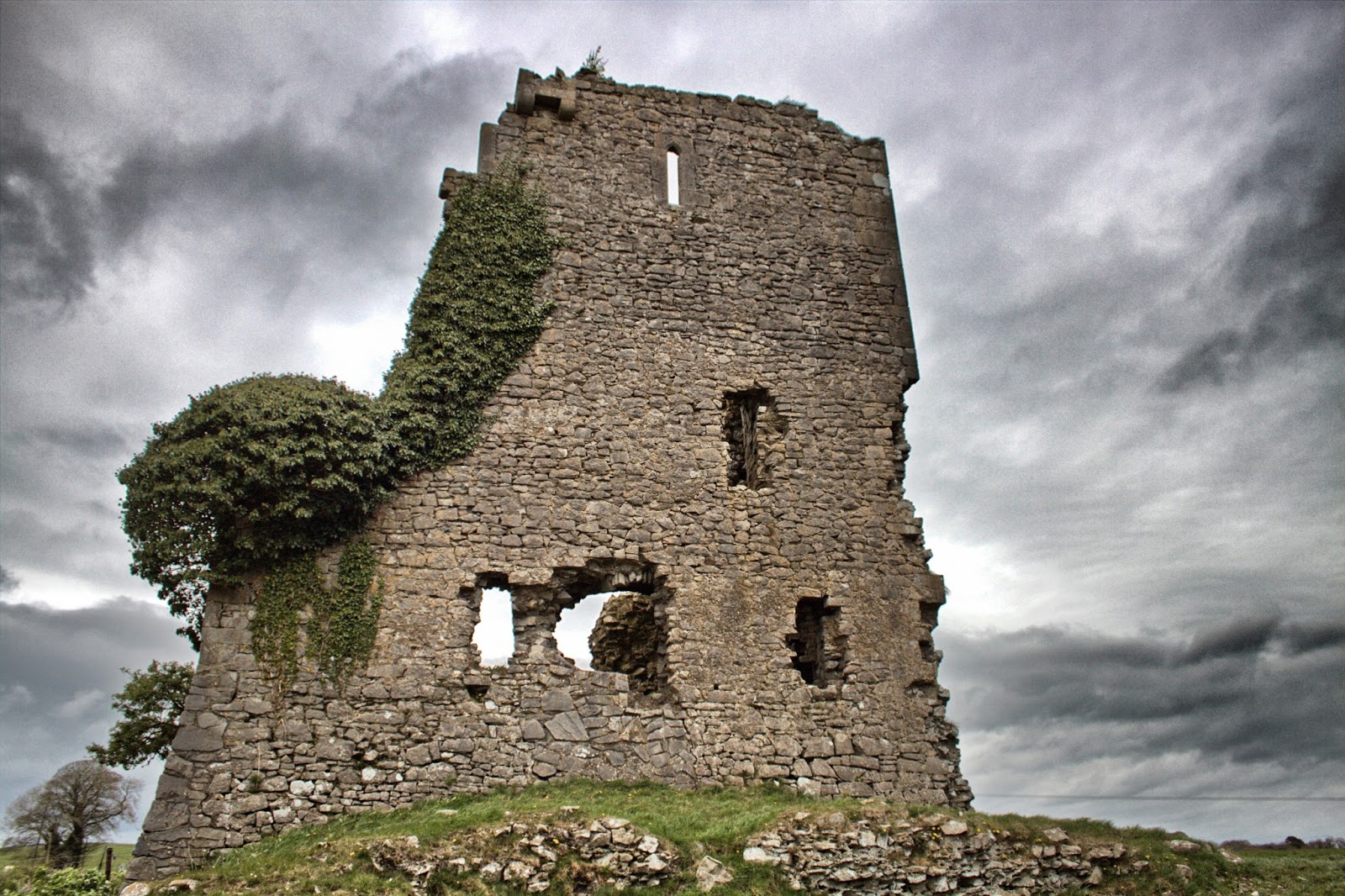 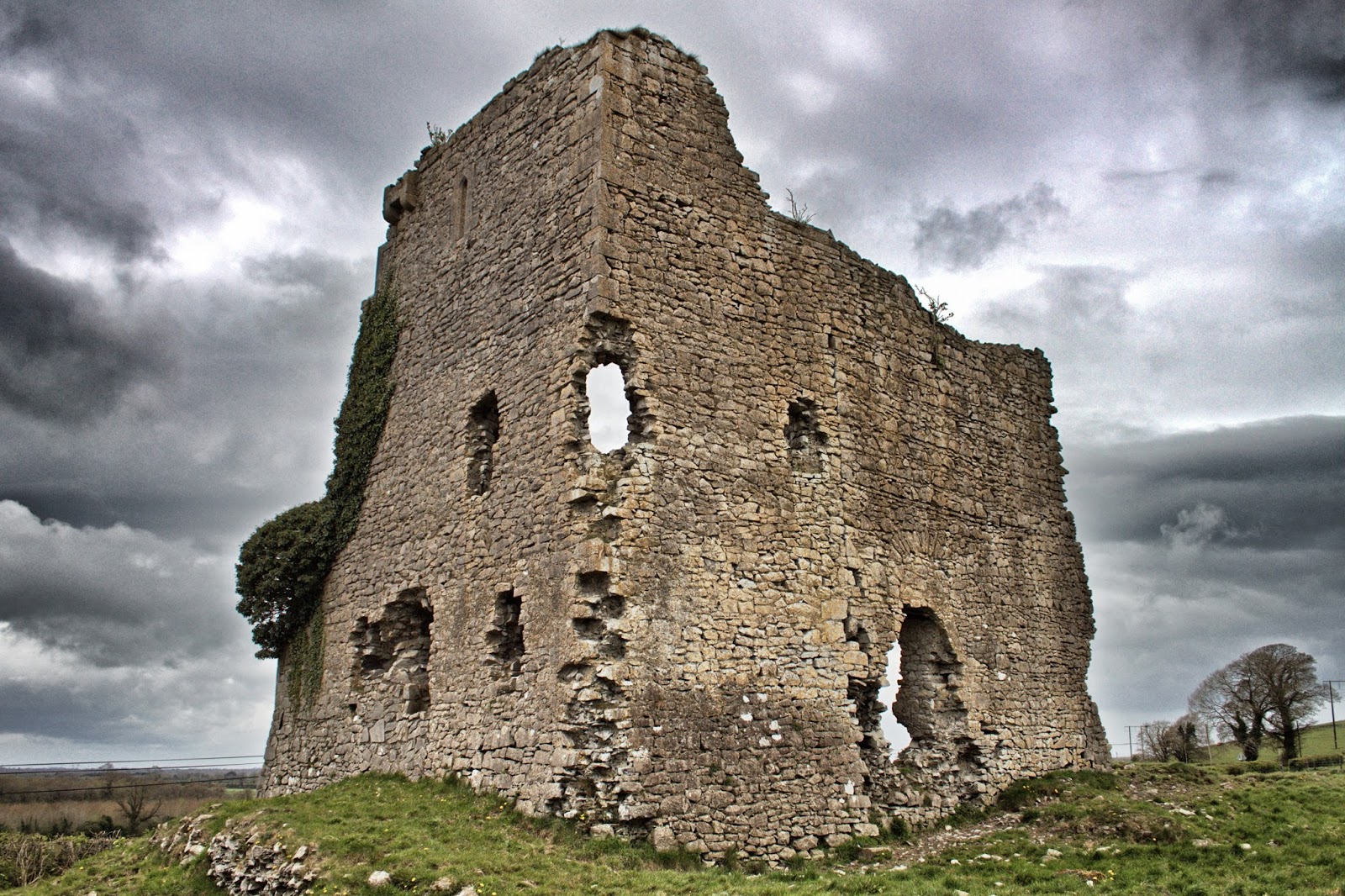 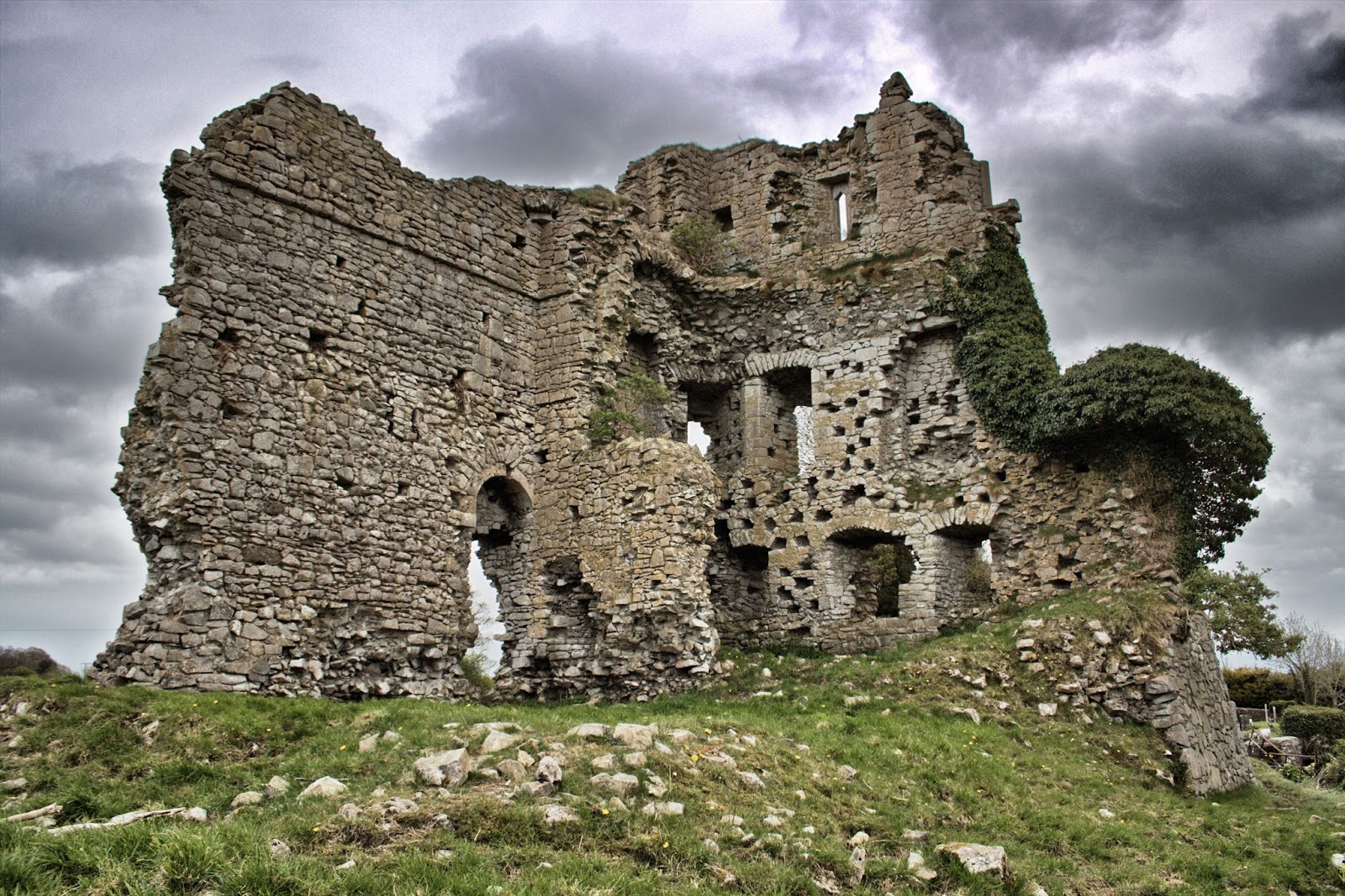 The striking ruin of Carrick Castle (sometimes referred to as Carrickoris Castle) is most famous for the horrific medieval murders of 1306.

Sir Pearce Bermingham built an earlier castle on this site and it was he who perpetrated the grizzly murders  on the family of Murtough O’Conor Faly, King of Offaly.
All the details of the background and the murders themselves can be found in this great post by Dr Charles Mount .

What remains today of the castle is just two walls ( the south and east ones ), these look to be for the best part still at their full height.

To find Carrick Castle take the R401 from Edenderry heading north the ruin is in the next field beside Carrick graveyard.

Parking is tricky as the castle is located on a bad bend. You will have no trouble at all spotting the ruin.
Posted by Tony Mulraney at Wednesday, May 15, 2013 No comments: