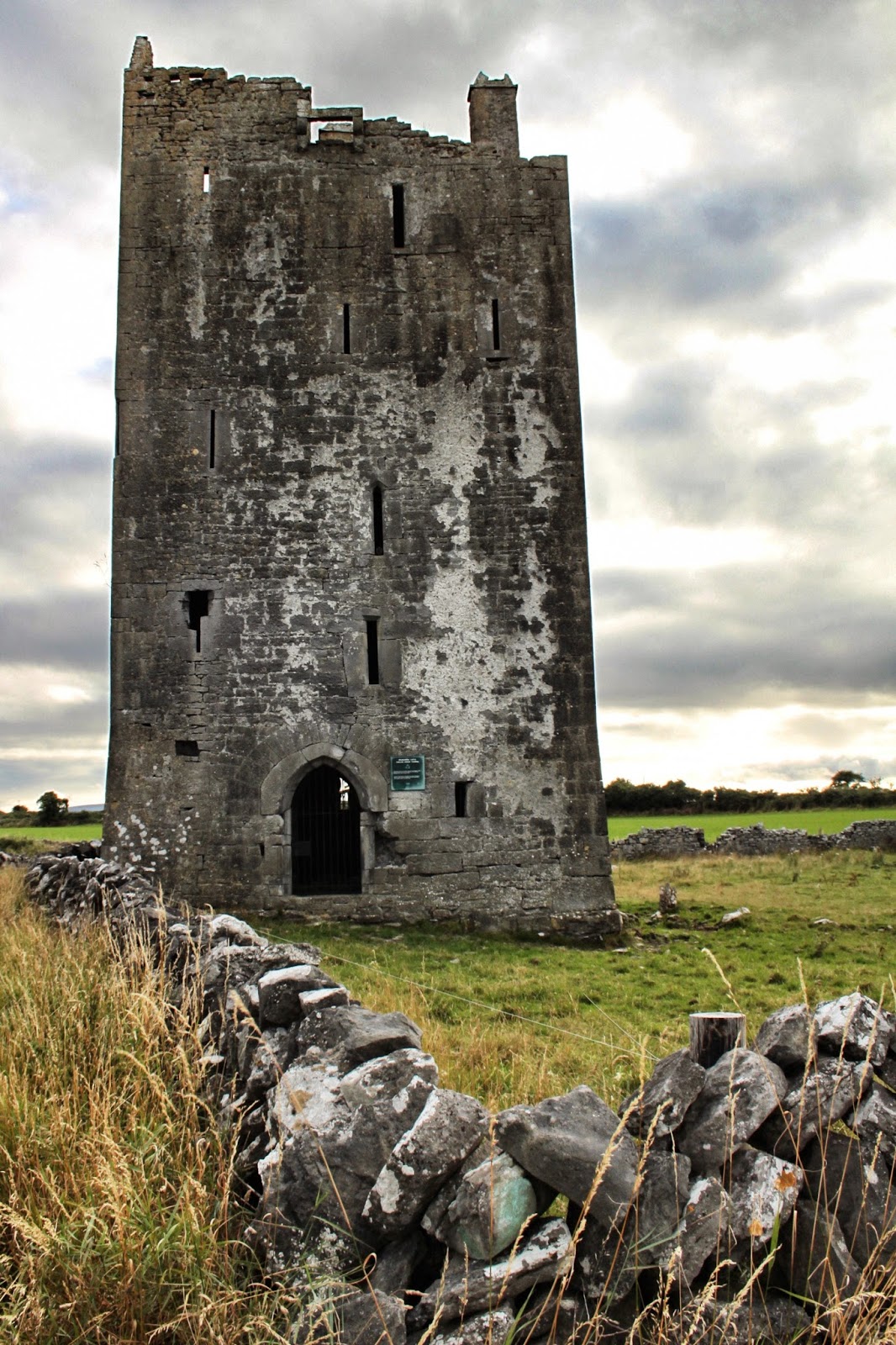 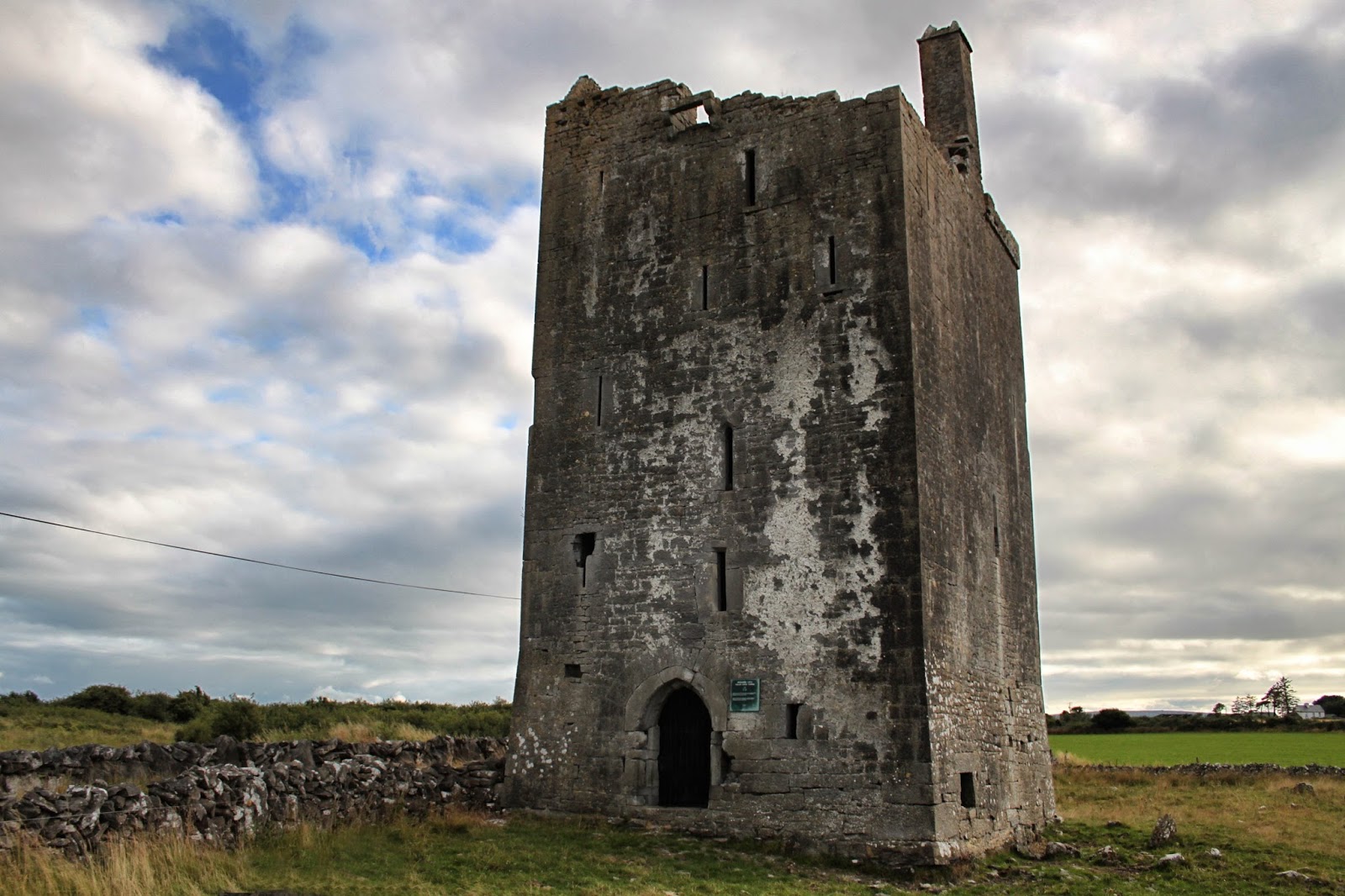 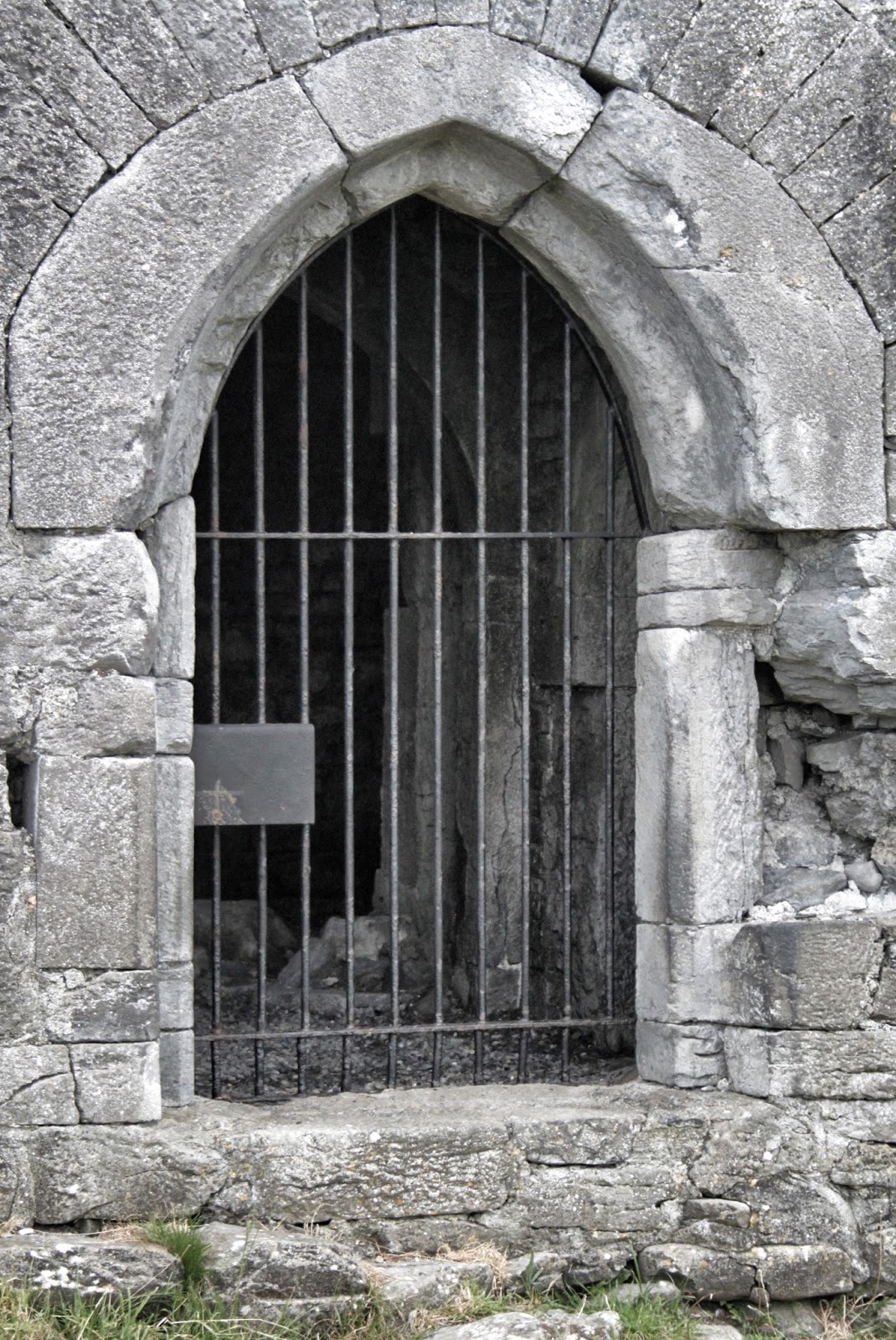 This well preserved tower house was most likely built by the Kilkelly family in the early 16th century.
In 1574 the castle was known to be owned by Shane Ballagh.
The Castle is five storeys high, with the ground and second floor vaulted.

There is a spiral staircase in the the south-east corner which leads to roof level.
The remains of a murder hole sits above the doorway.

The castle was still in use up to and during the War of Independence (it was used as a barracks by The Crown forces).
The castle was to play its part in a gruesome murder of two local men during this time, this link is a superb read.

Access - The castle is a short drive from Ardrahan (N18) via the R347, parking will be tricky as the roads are very narrow.
Posted by Tony Mulraney at Tuesday, February 25, 2014 No comments: