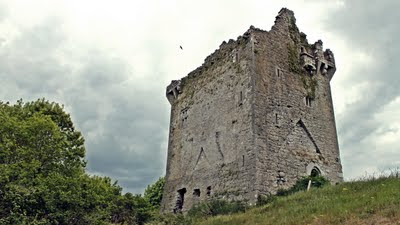 Ballynamona Castle was built by the Nagles around 1600. The castle was occupied until the 19th century.The castle is a four storey square tower house with corbelled turrets at opposite corners. The ruin is located just off the main Mitchelstown Mallow N73 road, and you will have to cross a couple of fields to get up close. The castle did once have a Sheela-na-Gig that was on a wall of the castle, but around 1894 the Sheela was removed from the castle and is believed to have been smashed while the owner of the castle was in England.