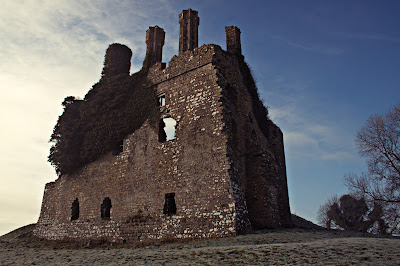 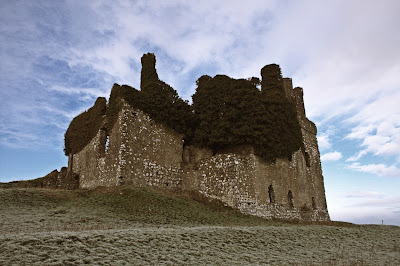 This striking ruin sits over looking the village of Carbury.
The original castle may have been built in the 14th Century by the de Bermingham family.
The four chimney stacks are believed to have been added in the 17th Century along with some large mullioned windows.
The outer walls still stand strong, but if you go inside the ruin be careful as the inside is not so sturdy.
To the south of the castle is a graveyard, which has one wall of a church and a Mausoleum belonging to the Colley family who carried out all the later work on the castle.

Posted by Tony Mulraney at Thursday, January 31, 2013 No comments: